Thanks to my older brother, I was introduced to the world of Marvel in my mid to late teens. I quickly became a fan of many different comic titles, then branching out into action figures and the like. Today the Marvel I knew is a mere reflection upon what it used to be. Now it's a multi-million dollar company that seems to have it's hands in every facet of today's media. 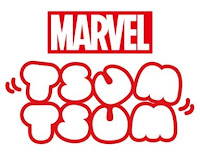