Last summer I posted about the half of the "Maidens of Might", Captain Marvel from the Odin Build-A-Figure wave. It's about time we look the other half, none other than the powerful mutant herself...Scarlet Witch. 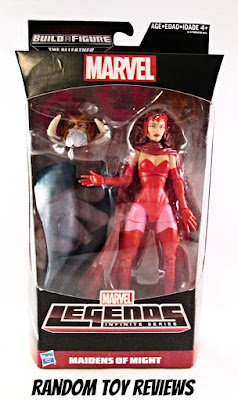 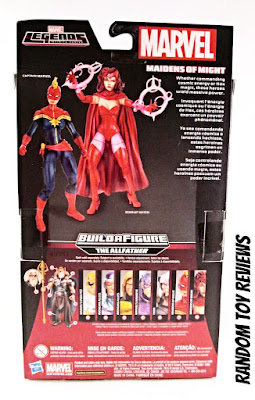 For many years the general collecting community was robbed of receiving decent female sculpted action figures. Either the body proportions would be off, or the face sculpt would look horrible. Scarlet Witch had a few dud figures herself, but finally thanks to Hasbro we have a version of the mutant that is worthy of adding to our collections. 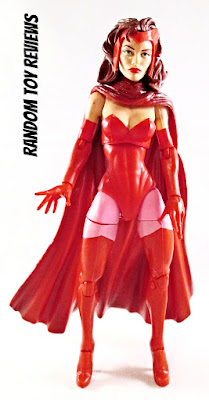 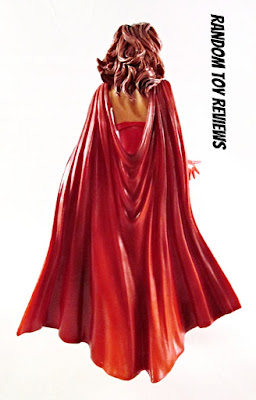 Wanda Maximoff is in her traditional costume, which while may be a little dated is still one of my favorite looks for her. Thigh high boots, long gloves, cape and traditional head piece, the designers have captured the classic essence of the Scarlet Witch. 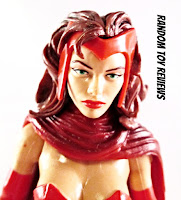 When it comes to the face of the character that isn't based on a particular actor or actress, as long as it's a decent attempt at the character I'm OK. After all, every artist that draws the character has their own take so I'm happy with the way Wanda came out. The sculpted hair looks nice, with pieces draped over her head piece. She does have a rather somber tone on her face however. Perhaps she's still thinking of how she nearly screwed up the Marvel Universe w/ "no more mutants" she uttered? 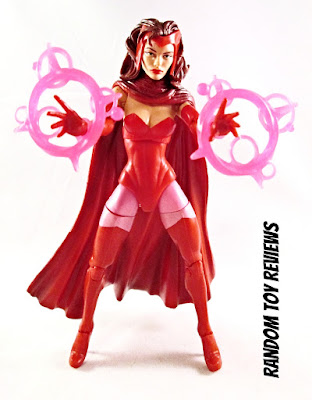 Wanda comes packaged with two (heavily) re-purposed "ring" accessories. I can't remember which figure these accessories were first packaged with (Doctor Strange), but they do a good job re-creating her Hex mutant powers.

Hasbro did an excellent job with this figure in my opinion. While not my favorite female Marvel Legends figure I have in my collection, it makes a good one, two punch w/ Captain Marvel. It seems this figure runs anywhere from $20-30 on the secondary market these days if you missed her from a few years ago.
at 6:58 PM 3 comments:

I haven't kept up with these New Comic Wednesday posts like I would have liked, but between with my work and travel schedule and home life I fell behind. However fear not as I'm back w/ some new books!

Only 3 new books for me this week - would've been 4, but my LCS didn't have one of them. None the less, I still left with some nice books. 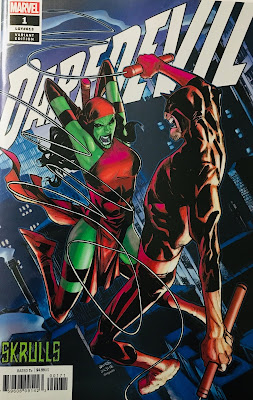 I started reading Daredevil (again) during Marvel's Legacy campaign...which I missed a few issues along the way. I was curious to see what was going to end up to Matt since I heard they were killing off his character...then he immediately came back and of course that led to another #1 issue. I do admit I was on the fence, but this beautiful Humberto Ramos variant reeled me in. Normally I don't go for the variants that have nothing to do w/ the book, but this one was too sweet to pass up. 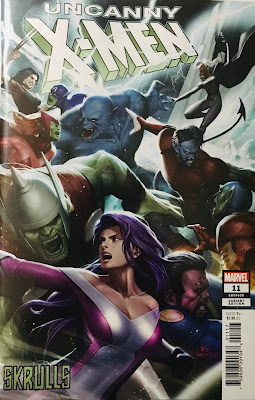 Finally the weekly Uncanny X-Men issues are over! I'm a few issues behind on this title, but it's been fun reading something other than Spider-Man or Avengers related characters again. I went for another one of the Skrulls variants just because I thought it was the best cover I had to choose from. My LCS has the Rob Liefeld Wolverine variant...but it's Liefeld! 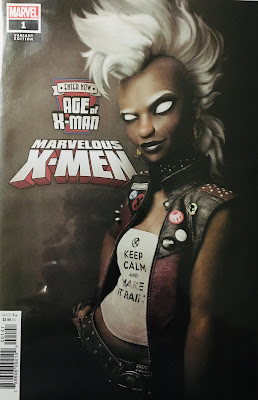 During my heyday of reading the X titles I got to witness the epic Age of Apocalypse and Onslaught stories. I loved both and kept reading the X-Man title for awhile after the big crossover stories. I've missed A LOT of stories and stuff since then so I'm really out of the loop, but this Age of X-Man story was enough to keep me reading. This variant of Storm seems to be pretty popular at the moment so I'm glad I was able to grab it. 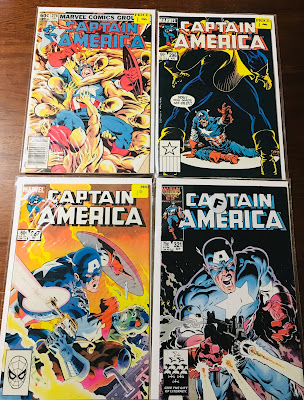 I also flipped through a box or two of their dollar stock and I was psyched to find 4 books from the the first volume of Captain America. Check out these awesome Mike Zeck covers too.