Back in 2013, I helped some friends of mine put on the very first un-official Transformers convention to be held in my home state of North Carolina, Charlotte to be exact. August 9th through the 11th, 2013...a time I'll never forget!

While my role in helping plan and staff the show was smaller than some of my friends and cohorts, the lead honcho of the show, Arkvander, asked me if I'd put together a panel for the convention. I immediately was flattered that he'd ask me to do something such as that, but what on earth would I begin to talk about? In the grand scheme of Transformers and the collecting community, I was/am a nobody!

I went back and forth trying to figure out what the topic of my panel would be. Would I talk about unreleased G1 transformer toys? Would I go into the related series such as Beastformers in Japan? I remember being at a crossroads for so long that I began to get really nervous as August was quickly approaching and I had to get something nailed down.

I eventually decided to do a brief history lesson if you will on the Transformers toy line in Japan. Granted I'm not an expert and I probably left some key stuff out, I created a Powerpoint presentation for Charticon. I was really nervous about presenting it, but thankfully my good friend in attendance, Allen Greenwood, stepped up and volunteered to sit at the table on that big stage with me.

I can't remember how many people were in the room for my panel. I know a lot of people couldn't bare to pull themselves away from the awesome dealer room, but for those that never got a chance to witness the panel, you're in luck! I recently found my presentation buried on an old SD memory card and after some fancying Googling and I found a way to share this presentation online.

The slide show is below, of course there is no commentary however so you're only getting part of the experience. Anyhow, the slides will change after 15 seconds or so, but you should be able to follow along. Enjoy!

So, what did you think? I know, I know...it's not professional in any way and I'm sure I left out some key points. In the end however I had a blast putting it together and presenting it. After I got into it, I really felt comfortable on stage. Thanks to my friend Arkvander, Allen Greenwood and the rest of the guys (you know who you are) for helping put together such an eventful and memory filled weekend. Until the next Charticon?
at 8:51 PM No comments:

Here is a line of action figures from the 80's that I always wanted growing up. I immediately fell in love with the animated cartoon and also being a fan of GI Joe I was all into action figures and their cool vehicles.

I'd have to wait a very long time before I acquired my first first (loose) Visionaries figures. Cindarr, one of the Darkling Lords was my first acquisition. 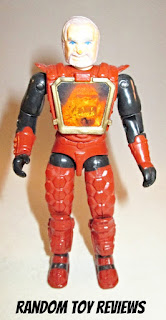 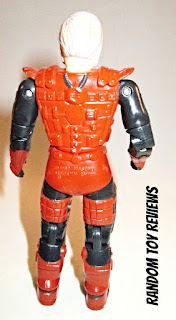 Right off the bat I was surprised that these figures were the same size as the GI Joe A Real American Hero figures. Instead of being 3 3/4" these figures measured in at about 4 inches tall. I don't know why the scale was changed, but this did assure you that you'd be getting new figures and not frankenstein figures using Joe body parts.

The body construction isn't far off from the way the Joe figures are built. They have the same level of articulation, including an o-ring in the waist and swivel joints in the arms. The thumbs on the figures are prone to breaking so be careful when you arm the figure with it's weapons.

I like the detail in the figure's armor, especially on the legs. It appears he has a turtle shell design on his legs. The back of his chest armor has a lot of intricate detail molded into the figure, however without paint apps none of them stand out very well. 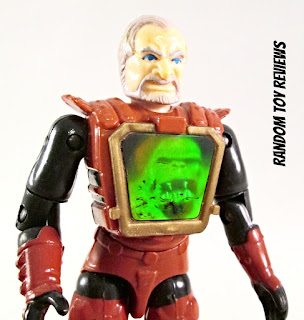 The holograms used on these figures are some of the best I've ever seen. However they are prone to wear so when buying these toys be sure to carefully inspect the holograms. As you can see Cindarr's totem hologram is scratched up a bit. This leaves little black marks which detract from the beauty of the holograms. 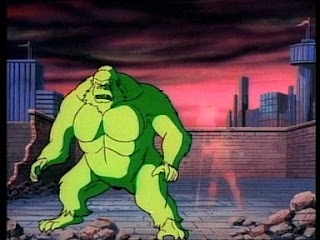 Cindarr's chest hologram is a gorilla. In the show he uses this power to change himself to a gorilla, whether to travel the diverse terrain or to fight the Spectral Knights. He was given this totem power by Merklin because of his climbing ability and great strength. In the show, he is voiced by non other than Peter Cullen (Optimus Prime). 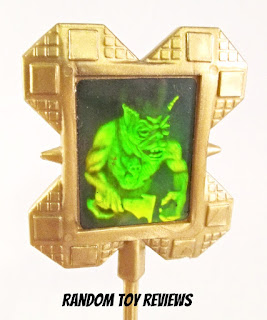 His magical staff gives him the power of a gobin of some type. He can use to aid himself and the other Darkling Lords in battle. 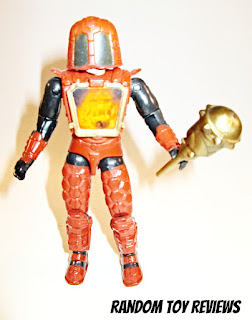 In addition to the magical staff, Cindarr comes with a gold colored club or mace. It's rather small and top heavy so prepare for it to flop around a bit once you put it in his hands. I will say that I have seen any signs of GPS (Gold Plastic Syndrome) on this figure. The frame around his totem hologram, staff and weapon are all cast of that infamous swirly gold plastic. 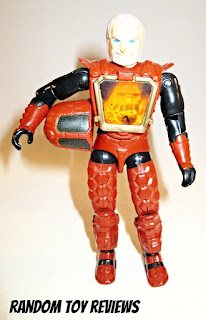 His helmet is made of a softer plastic that seems to be a bit more pliable. It fits snuggly on Cindarr's head, but not too tight. 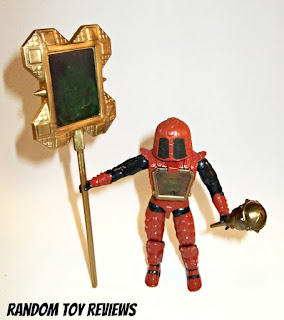 Overall I was impressed with my first Visionaries figure. I think they can be fun toys, however this is one of those cases (at least for me) where the animation series trumps the toys. Now if the toys had came with a translucent green (or blue for the Spectral Knights) of the animal on the figure's totem, perhaps that would have added some more play value. As such, I'm limited my Visionaries figures in my collection to be MOC so I can enjoy the beautiful artwork. 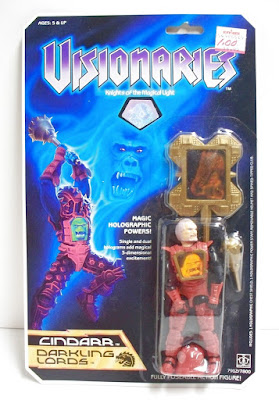 This is the third post of the three Shinkalion combiner trains. Scroll to the bottom for links associated with this post. Since all three of these combiners are basically the same mold, please refer to my review of 700 Nozomi for a complete breakdown. This post will basically be a photo gallery for Mizuho. Remember, you can click on any of the pictures for a larger view. 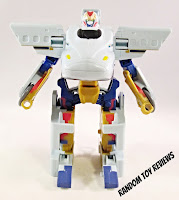 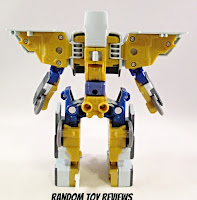 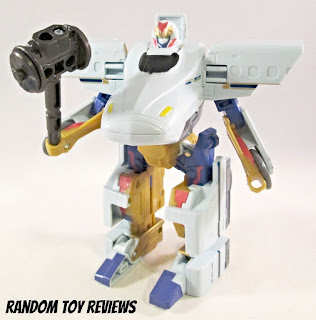 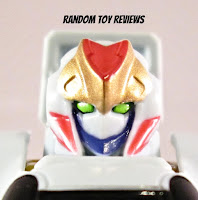 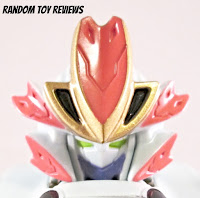 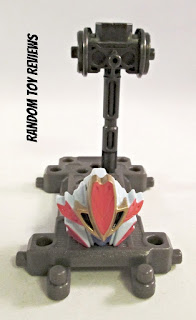 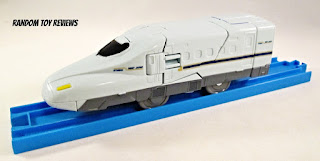 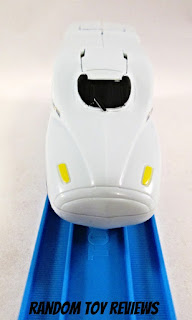 First off let me apologize for the lack of images of the packaging. I had a little file corruption after I took the shots and with so many things backlogged, I just didn't have time to get to taking new images of the box.

Mizuho has a very nice train mode, but I just don't care for the overlook look of the robot mode. I guess it's the purple and pink highlights that turn me off. The combiner head looks as if it's wearing some sort of Native American headress. Just looks "off" on a robot to me. Overall its a decent toy and needed if you intended on combining the three to form Unity. 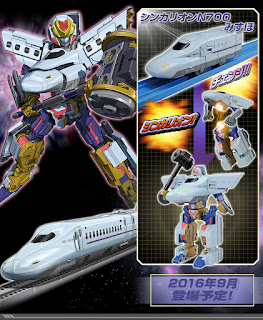