One of the early 3rd party companies on the unofficial Transformers scene, Impossible Toys had a very hit and miss record with the fans. While they were responsible for some very nice vinyl Quintesson figures, their transformable figures weren't always met with open arms. Towards the end of Impossible Toys' run they released the Tetra Squadron, the Decepticon seekers in their Cybertronian forms. Being a fan of Dirge, I tracked down his Requiem TS-06 release at TFCon a few years ago. I've been sitting on these pictures for sometime, but I'm glad to finally get around to this post. 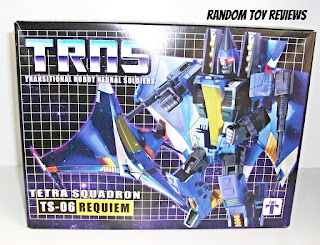 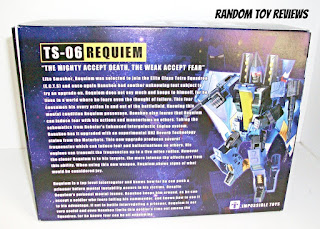 The overall presentation of the packaging is very nice. The box has a Generation 1 feel with the checkerboard background and the art. The quality of the packaging however leaves a lot to be desired as the box feels as if it was assembled using photo paper. It's very thin, easily damaged and could warp and not hold it's shape if you don't store the box carefully. It is supported with a little cardboard tray inside, but it could have been better. The back of the box does give you a good bio of the character, which is a nice touch. 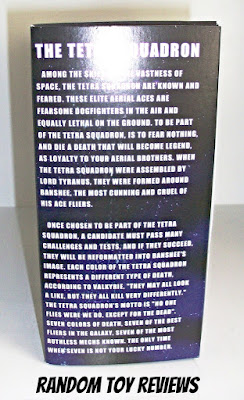 On the side of the box you'll find a write up about the Tetra Squadron. I believe there is a typo in their motto however, "No one flies were we do, except for the dead." Just doesn't sound right. 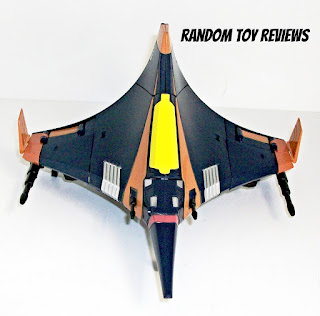 If feel that the designers at Impossible Toys did a pretty good job at capturing their animated likeness and transforming it into physical form. The cockpit canopy on the toy is larger, however I think that was done more for the look in robot mode. The lasers attached underneath the wings are removable. For a more authentic look my guess is you would leave those off. 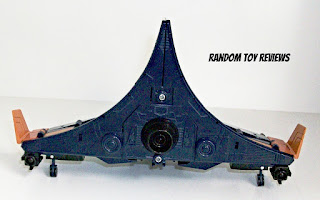 The back of the jet isn't lacking detail either. From the single engine thruster to the intricate detail molded into the plastic. 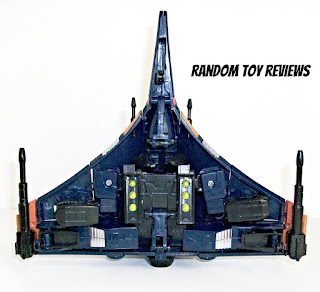 Transformation from jet to robot is a little rough, partly because of the jet's outer "shell". You can see from below how the robot parts aren't really hidden. The chest, arms and legs are all easily seen. 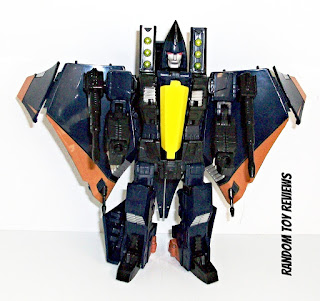 One thing that always bothered me in the animated show was how both the Autobots and Decepticons in robot mode still looked their Earth counterparts, however their alternate vehicle modes looked drastically different.

In keeping with these theme, Requiem retains much of his Earth robot form, minus the large bombs his G1 toy came with. Overall it has a good look, however the quality of the plastic Impossible Toys used was really light and thin and I always worried I was going to stress the plastic or worse, break something.

The figure has a decent amount of articulation, but the large wings can hinder the poseability. Points of articulation exist at the shoulder, elbow, hip and thigh. 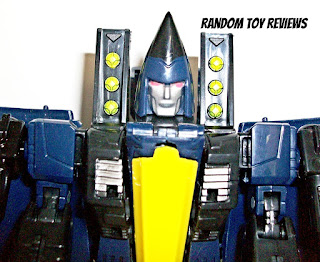 Somehow the designers did work in his original cone head look. The size of the cone is much smaller than his G1 toy, combine that with his new sculpted face and I love the overall look. 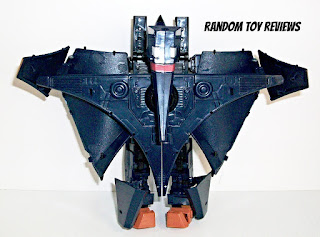 If you like kibble then you'll love the Tetra Squadron! I seriously don't know what anyone else could have done with these pieces. If you add lines and hinges to make it fold up and compact down, then you sacrifice the clean look in vehicle mode. If you leave it all just hanging on the back of the figure then it hinders articulation and the overall look. 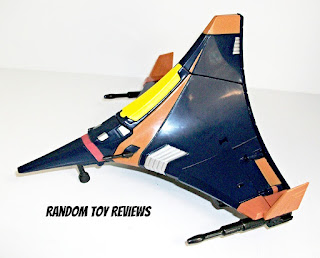 While the figure isn't a perfect masterpiece by far, it does give fans a version of the Decepticon seekers that surprisingly no one else has attempted thus far. These figures did hit clearance with most online retailers at one point. If you want one now you'll have to rely on the secondary market where they generally sell for even less than their clearance price...if you can find them. The original trio (Starscream, Skywarp, Thundercracker) are harder to find.
at 9:17 PM No comments:

As part of Hasbro's "Thrilling 30" celebration of the Transformers Brand in 2014, several Legend sized two packs were released under the Generations banner. On the Decepticon front, Megatron was paired with the unusual choice of the Insecticon Chop Shop. 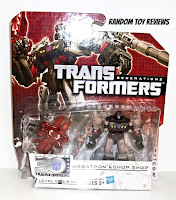 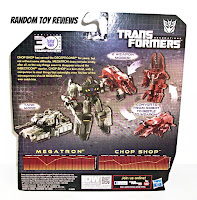 Click on any of the pictures for a larger view

I have always enjoyed this scale of Transformers so I was already on board, but the inclusion of Chop Shop really caught my attention. While the Deluxe Insecticon toys from the G1 era were never high on my list, I've always held an affinity for Chop Shop. Perhaps its because it was the only Deluxe Insecticon toy I owned growing up. None the less this new, smaller version of the character had to be mine. 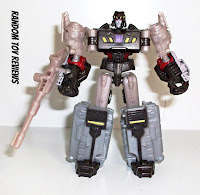 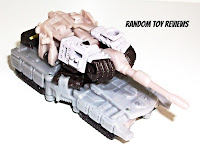 Megatron himself is a retool/redeco of the Autobot Warparth. While the mold is OK, it does tend to fit Megatron better than Warpath. The tank barrel does sit on the side of the arm similar to Megatron's original fusion cannon, but its a little too thin for my taste. I also don't care for the different gray colors used. The lower half of the tank / legs are more of a silver gray, while the tanks turret / robot's thighs and legs are molded in a different shade of gray plastic. Then the armored bits on the arms have been painted a light gray. The colors don't mesh very well, especially in tank mode. His robot mode is passable with a new head sculpt. These colors issues were fixed with the Japanese Takara Tomy release. 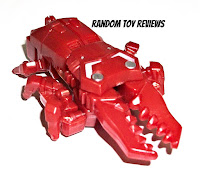 My reason for buying this toy is this little guy. Chop Shop is a little bigger than your average Mini-Con figure. His arms and beetle mandibles are movable, but due to his transformation that is about the extent of his articulation.

The sculpting on this figure is great. I particularly love his head sculpt as it is a dead ringer for the G1 toy. The colors are spot on and he retains a good bit of his G1 likeness, minus the gray peg found on his chest. 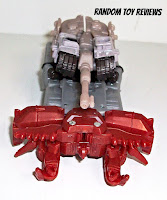 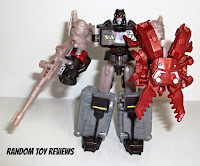 This version of Chop Shop is basically a quadruple changer if you will. In addition to his two standard modes, he can also transform into armor for Megatron in his tank mode as well as a Targetmaster-esque weapon. Or does he form a shield? 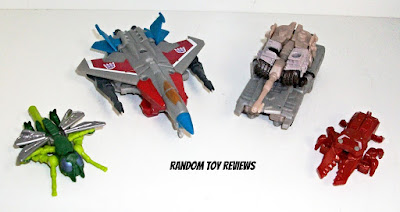 Starscream was released in the same series and packaged with a new version of Beast Wars Waspinator. Fitting that Hasbro would give the fans a new Starscream to go with a new Megatron. The added smaller figures were just a bonus.
at 9:01 PM 3 comments: