I was never a huge fan of Masters of the Universe mainly because when it was popular, I was still fairly young. However I always liked the majority of the characters and watched the animated show growing up.

Flash forward to the Mike Young Productions animated show and I was hooked. Perhaps it was the art style or the animation itself, but I was much more interested in He-Man, the Masters of the Universe along with Skeletor and his evil minions. It didn't take long for me to find that Mattel had released figures based on this new animated show. I began driving all over town to various Target and Walmart stores looking for the figures.

By the time the Snake Men figures were released I was in full stride in my MOTU collecting. I was growing tired however of all the re-hashed versions of He-Man and Skeletor that seemed to be included in every wave. However there was one version of He-Man that I was all too happy to purchase, Snake Armor He-Man. 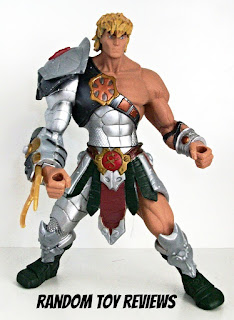 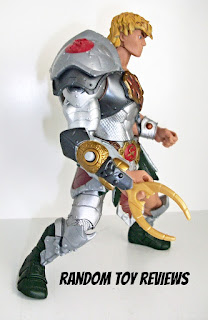 The legendary Four Horsemen were at the helm of creating these figures and their sculpting of this figure in particular was fantastic. I love how the armor goes up one leg, covers his abdomen and then covers his arm, complete with the oversized should plate. He looks like a gladiator of sorts that is ready to do battle against any form of evil willing to rear it's ugly head. Attached to his armored arm is a guard that contains a retractable claw. 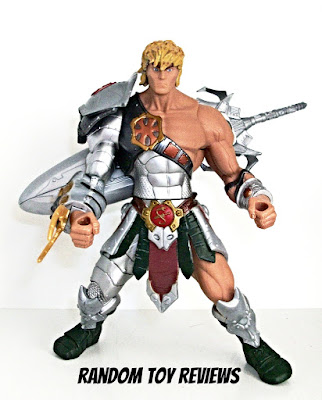 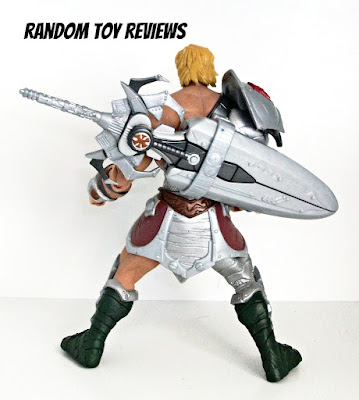 Now the included Power sword's size may seem like an overkill at first. I was in that camp at first, however once I got my hands on the actual toy I started to have fun with the massive sword. Surprisingly, the sword can be sheathed on He-Man's back. The sword has some weight to it so be mindful of how you pose the legs and feet as the added sword does make the figure a little top heavy.

The Power sword does open up to reveal a green missile which contains the Snake Men logo. This missile can fire from the sword, but from my memory the missile never traveled very far. Other than the oversized blade, the sword's hilt looks very similar to the regular Power sword included with the first release of He-Man. 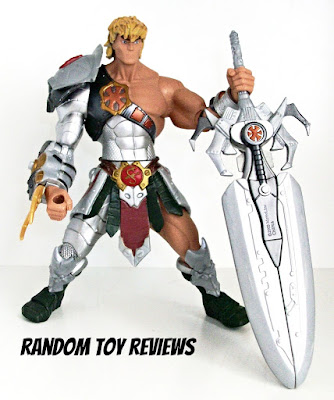 I can understand why there may be some MOTU fans that just don't care for this figure, but me personally I think it's an awesome variation of the He-Man character. Yes, the sword is too big for the figure and it makes it hard to display your figure with him wielding his weapon, but if you look past that there are plenty of other features of the figure to enjoy.

Sadly this figure commands big money on the secondary market these days. I'm not sure if the initial release was limited or if it just didn't sell well because it was released towards the end of the 200X's life. Either way it's a great figure and if you can find it for a decent price and are a fan of this series you oughta grab it up. I will mention that the Classics series finally recognized the 200X series and released a version of Snake Armor He-Man in a two pack along with King Hsss. I'm not a fan of the new look myself, but at least you have that option. 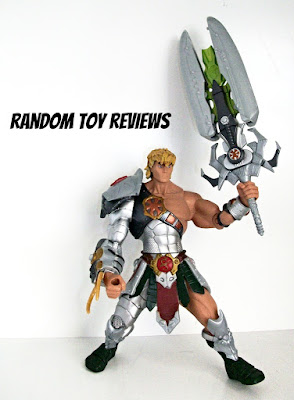 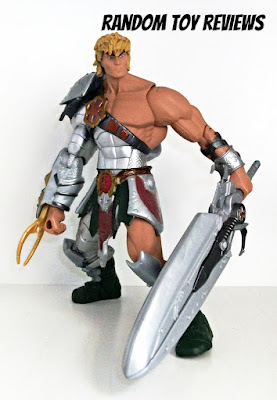