Rock Lords, a spin-off of GoBots, was a series of transforming rocks. Yes, you read that correctly. If that wasn't odd enough Tonka decided to create companions for them, Narlies. These odd creatures were prominently featured in the animated Rock Lords movie.

Unlike the rest of the Rock Lord toys that were basically created by Bandai / Popy and imported from the Machine Robo series in Japan, the Narlies were wholly unique and created by Tonka themselves. This wasn't an unusual move as they previous released new characters and toys in the GoBots series as well. 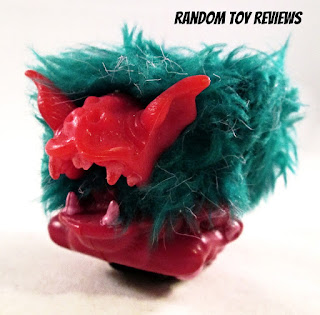 The toys were unique. Covered in different colored "fur", their mouths, tail and feet were all made of plastic. Underneath the toy was a large wheel. When you would push the toy across a smooth hard surface, the mouth would open and close and the tail would essentially "wag". Add to this that the toy wasn't full of stuffing underneath all that fur. As you would move it along the ground, you could feel the mechanism working inside. This would give it a feeling as if it were alive! There was also a noise the wheel would make when turned...almost a cranking sound. 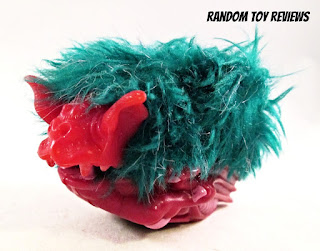 The Narlies were released in two series', with the first being the more common. The second series contained four more Narlies, all being evil this time around. I'm guessing the toy line was starting to die out around this time and due to poor sales or distribution, this second series of Narlies is really difficult to come across now on the secondary market. It's a real shame too as the designs are much more interesting in my opinion than the ones in the first series.

Narliebat is based on, well, a bat. The toy surprisingly has a good bit of detail. Just look at the ears, mouth and the wings on his side. While most of the detail is in the molding, his nails and wings are highlighted with some pink paint applications. Being that this toy is over 20 years old and most likely played with by a kid at some point, the paint on mine does show some wear. The very tip of his tail has been snapped off, however with all the fur it's kind of hard to tell. 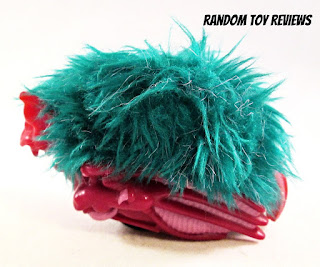 I understand that not every Rock Lord fan likes the Narlies. At first I didn't care for them myself either, but as I started to round out my Rock Lords collection I found that the Narlies were some of the only toys that I didn't own. I only picked up a few, including Narlielion, before I stopped due to space restrictions. However they are fun little toys and the non-educated Rock Lord fans will most certainly ask you about them when they see them on display in your collection.

This is the second post of the three Shinkalion combiner trains. Scroll to the bottom for links associated with this post. Since all three of these combiners are basically the same mold, please refer to my review of 700 Nozomi for a complete breakdown. This post will basically be a photo gallery for 700 Hikari Railstar. Remember, you can click on any of the pictures for a larger view. 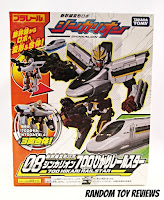 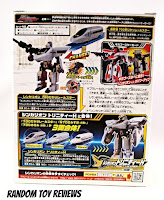 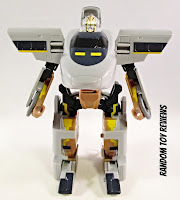 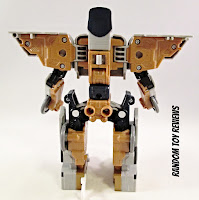 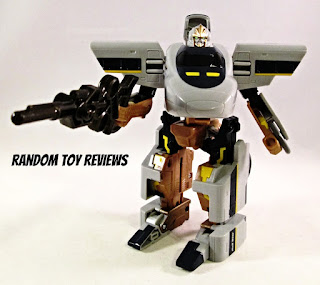 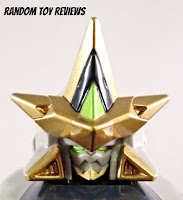 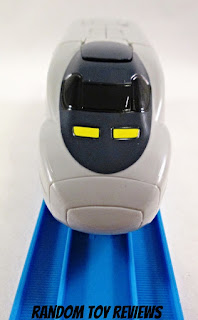 700 Hikari Railstar is yet another excellent Shinkalion figure. While he really doesn't differ that much from his two combining brethren, Takara Tomy did a good job at changing up the base mold to make a different character. This color scheme works well together. I'm glad he wasn't white as the light gray as it brings some diversity to the team. When combined to form Unity, he looks the best when he comprises the center of the combiner. 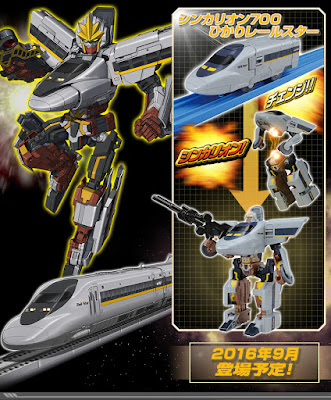 It amazes me sometimes how I have so many toys, especially Transformers in my collection that I forgot I even owned. Today's post is yet another example of this. I guess it's easier to understand how this small toy has stayed off my radar. 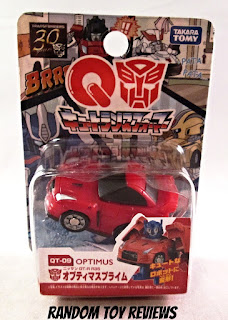 While the Convoy / Optimus Prime character would initally receive a release in the Q-Transformers line in his Generation 1 form, his Alternity form would eventually get a release. I love all the different versions of the Alternity Nissan GT-R mold so this one was an instant purchase for me. What puzzles me a little is how he was named Optimus and not Convoy. (note: it's just Optimus, not Optimus Prime) 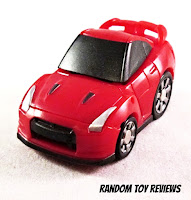 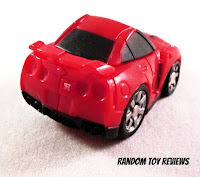 Takara Tomy did a fantastic job at capturing the real world likeness of the Nissan GT-R and crammed it into a Choro-Q style toy. The car is molded in red plastic and it's a brilliant shade of red, especially in hand. Paint apps are perfect, there is even a small GT-R logo on the back of the vehicle. The toy rolls well on a hard, smooth surface. Only flaw I can find, and it's a very small flaw is that the spoiler doesn't want to see to line up correctly. 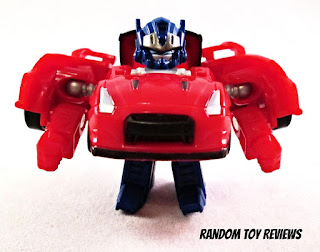 Transformation for many of the Q-Transformers toys are basically the same and Optimus Prime here is no different. Pull down the legs, pull up and back on the car canopy to reveal the head, seperate the back of the car to form the shoulders and pull down the arms. The head sculpt matches his larger Alternity brethern really well.

I'm still amazed at how fun these little toys are. Just the other day my 5 year old daughter was sitting in my office playing with many of my Q-Transformers toys. She said they were some of her favorites because the cars were so "cute". Not sure if that was what Takara Tomy was going for, but hey I'm just glad she was having fun. 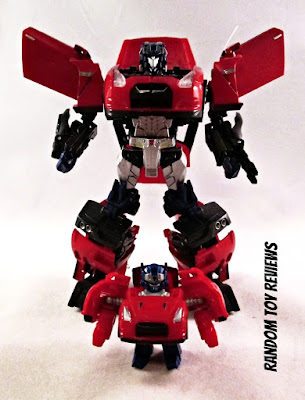