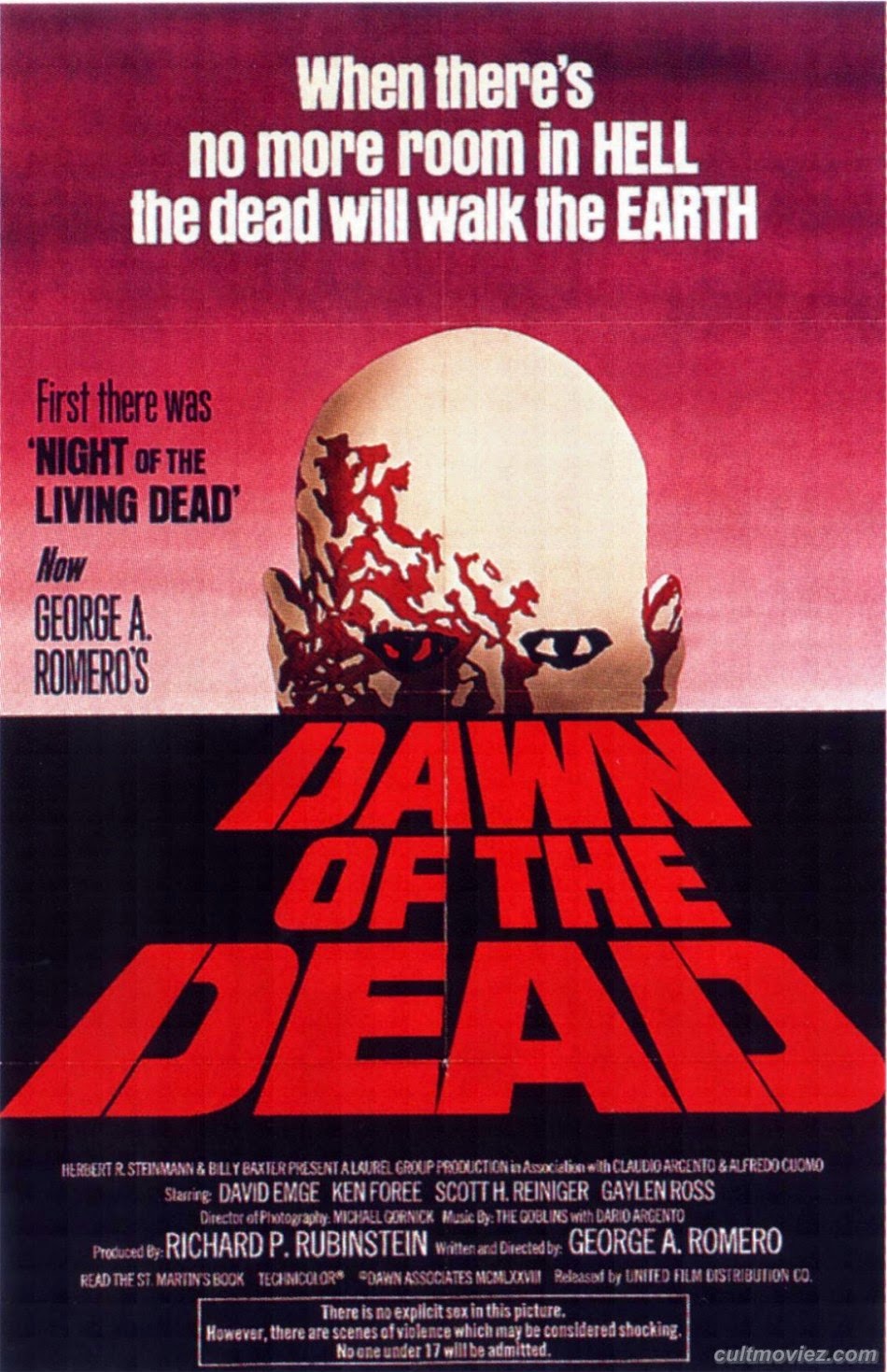 I'm wrapping up the nearly month long horror movie feature with my top horror flick of all time, George A. Romero's 1978 masterpiece Dawn of the Dead. I can't say enough great things about this movie. From the characters to the special effects to the movie's setting. Everything about this movie is just freakin' awesome.

As the zombie epidemic continues to spread across the country and television executive and her boyfriend take a news copter and try to flee Pittsburgh. Around the same time they meet up with two SWAT team members (one of which is actor Ken Foree!) and the four set off to find somewhere safe. During their escape they start to run low on fuel and need to land. They notice a large mall just outside the city limits and decide to land on the roof as there should be plenty of needed supplies inside. What they find is the mall has been overrun by zombies. As the movie unfolds we get to see this newly formed team try to survive not only the zombies, but living together as well. They eventually make a makeshift shelter in the mall while trying to figure out their next move.

Dawn of the Dead is actually the 2nd movie in Romero's zombie trilogy and easily the best in my opinion. Some may argue that the pace of the movie is too slow or that the characters are stupid. I tend to disagree. One of the things that makes this movie unique if you will is the setting. Taking place inside the Monroeville Mall located just outside of Pittsburg, PA offers up a different vibe when compared to other horror movies. One of the things I found charming about the mall is that it's a real mall - not just a cobbled movie set. Check out this site for an interesting "now and then" look at the mall.

I will give the 2004 remake honorable mention as director Zack Synder did a great job with the re-envisioning of this classic tale. I still prefer the original, but you can't go wrong with the modern film either as it has a new take on the now classic "mall formula".

If I had started this horror movie feature at the beginning of the month I would've showcased a few more films. I guess I'll have to save them for next year. Of those movies honorable mention goes to:

Email ThisBlogThis!Share to TwitterShare to FacebookShare to Pinterest
Labels: Dawn of the Dead, horror movies, zombie