There was a company back in the day called Four Star.  They had a series of transformable toys called Transistor Robots.  Trying to find more solid information on the Four Star company can be tough.  Originally I had labeled many of their toys as KOs as they had some clever takes on Transformer molds, especially G1 molds.  They would take a G1 mold and alter it heavily to create a new character, yet still retained some of the G1 characteristics.  As I've searched out more info on the toys and even acquired a few, I've really grown fond of what they did with the molds. 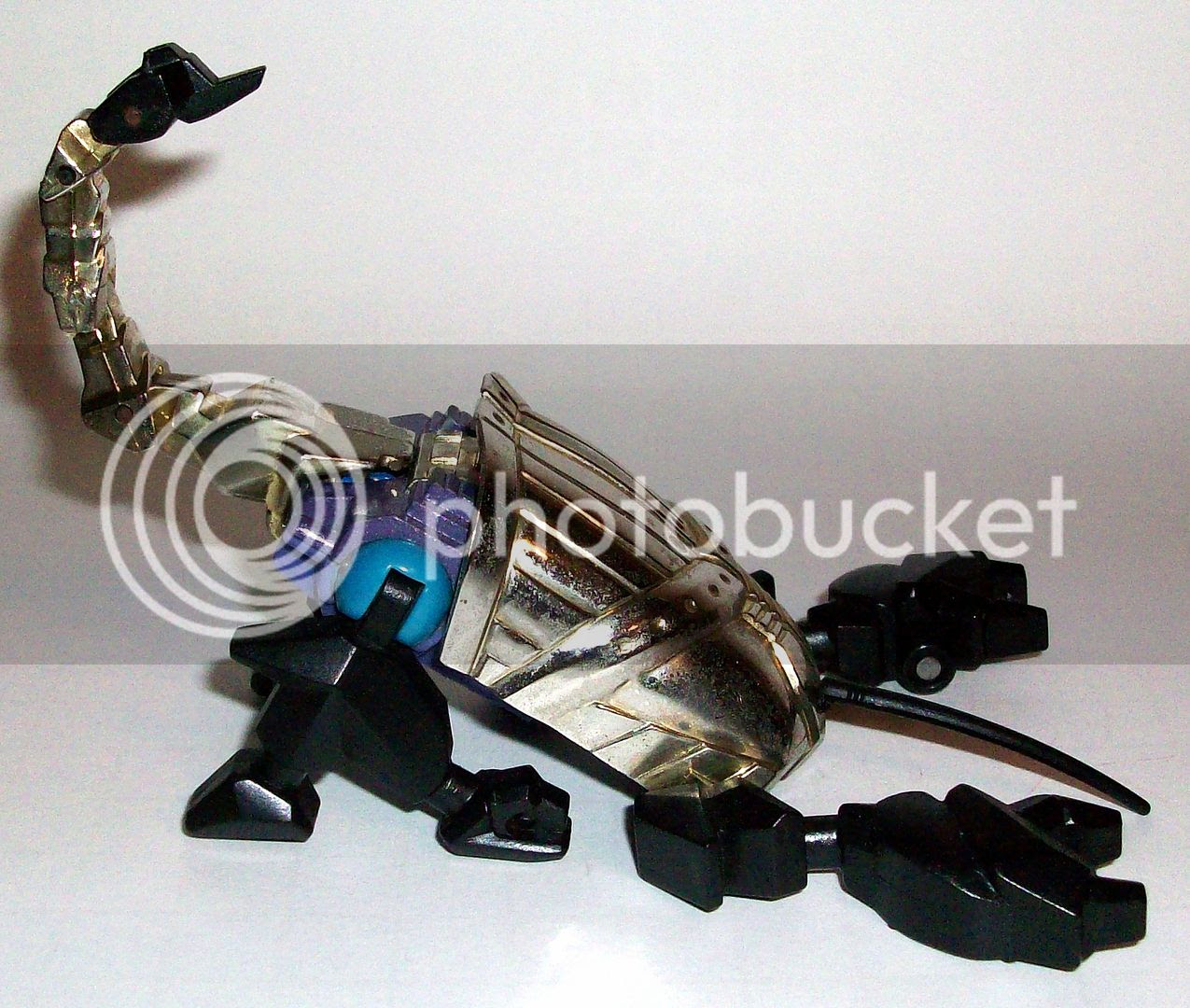 One of the first Four Star molds I acquired was of the Transformers G1 Insecticon, Bombshell.  Originally Bombshell's insect mode was that of a boll weevil.  Four Star took the mold and added a few extra parts and turned him into a elephant beetle...or so I'm told that is what this new insect mode is supposed to be modeled after.  Looks more like a scorpion to me.

Take a look at the purple and blue areas.  Look familiar?  Those are the shoulder/arm joints on the G1 toy.  You can see the horn section has been replaced with what appears to be a scorpion like tail and the arms are newly casted pieces.  The legs are now large gold chrome die-cast metal pieces with antennae and pincher claws. 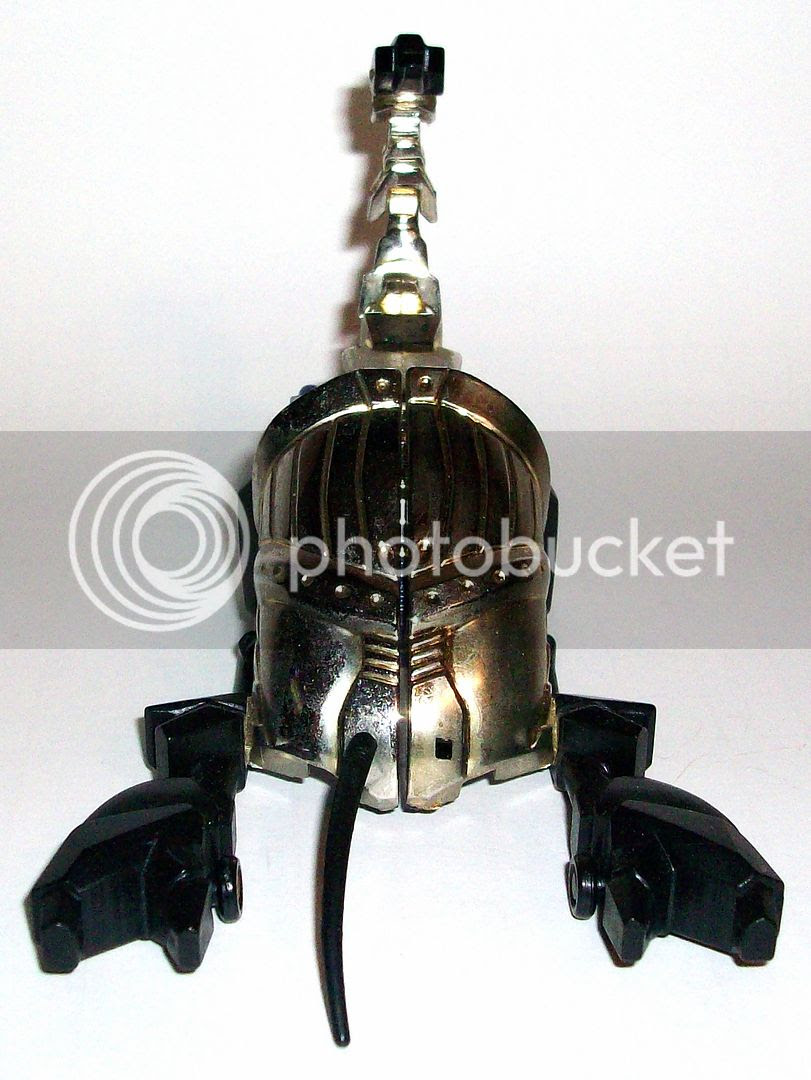 Somewhere in the shuffling around of some items I was taking to Charticon last year, one of his antennae fell off and I lost it.  Bummer.  For a off brand toy I really didn't expect to see so much die-cast metal used.  In fact, this version features more die-cast than the original Takara version! 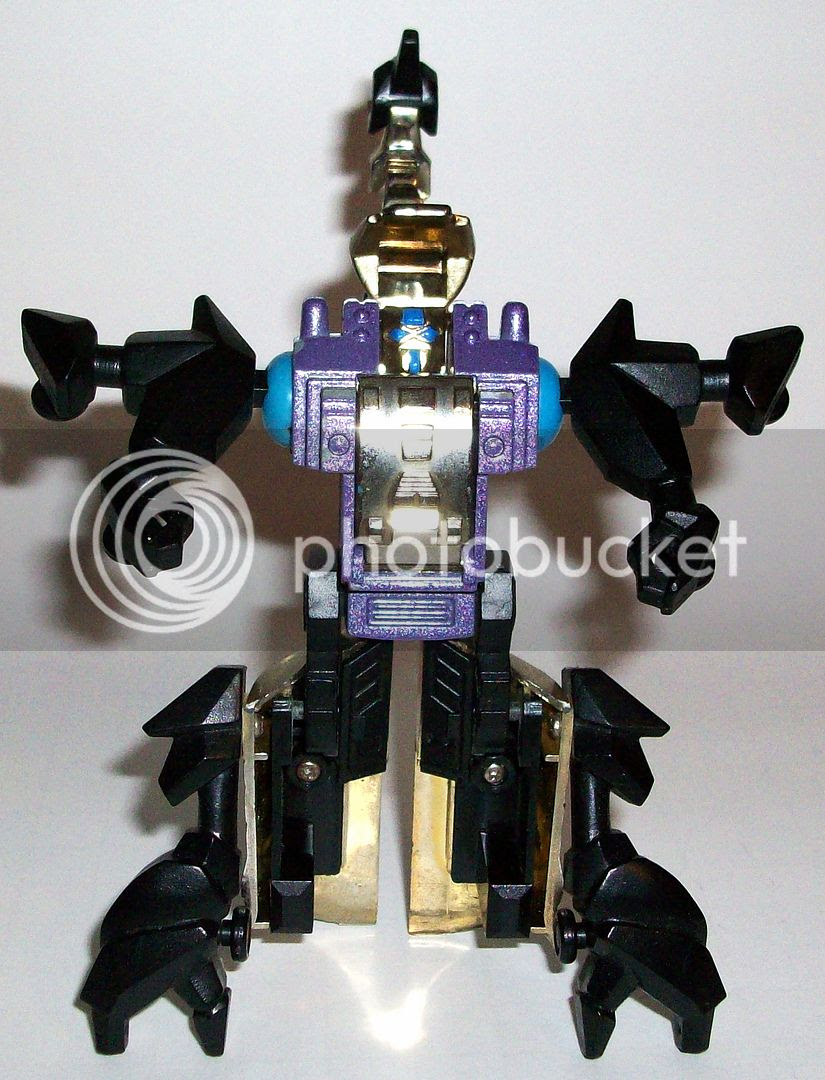 Even with all the new casted pieces and parts, this version of "Bombshell" transformers very much like the original.  Here in robot mode you get a better look at the original mold and how it was altered.  Four Star even elected to to paint the torso purple keeping in line with the Insecticon colors...kind of.

A new robot head was given to the character as well.  Gone is the lower face plate, replaced with a mouth and what appears to be a blue goatee.  Notice the gold panel on the chest?  This opens up just like the original translucent yellow "cockpit" door that harkens back to the Microchange days of Takara. 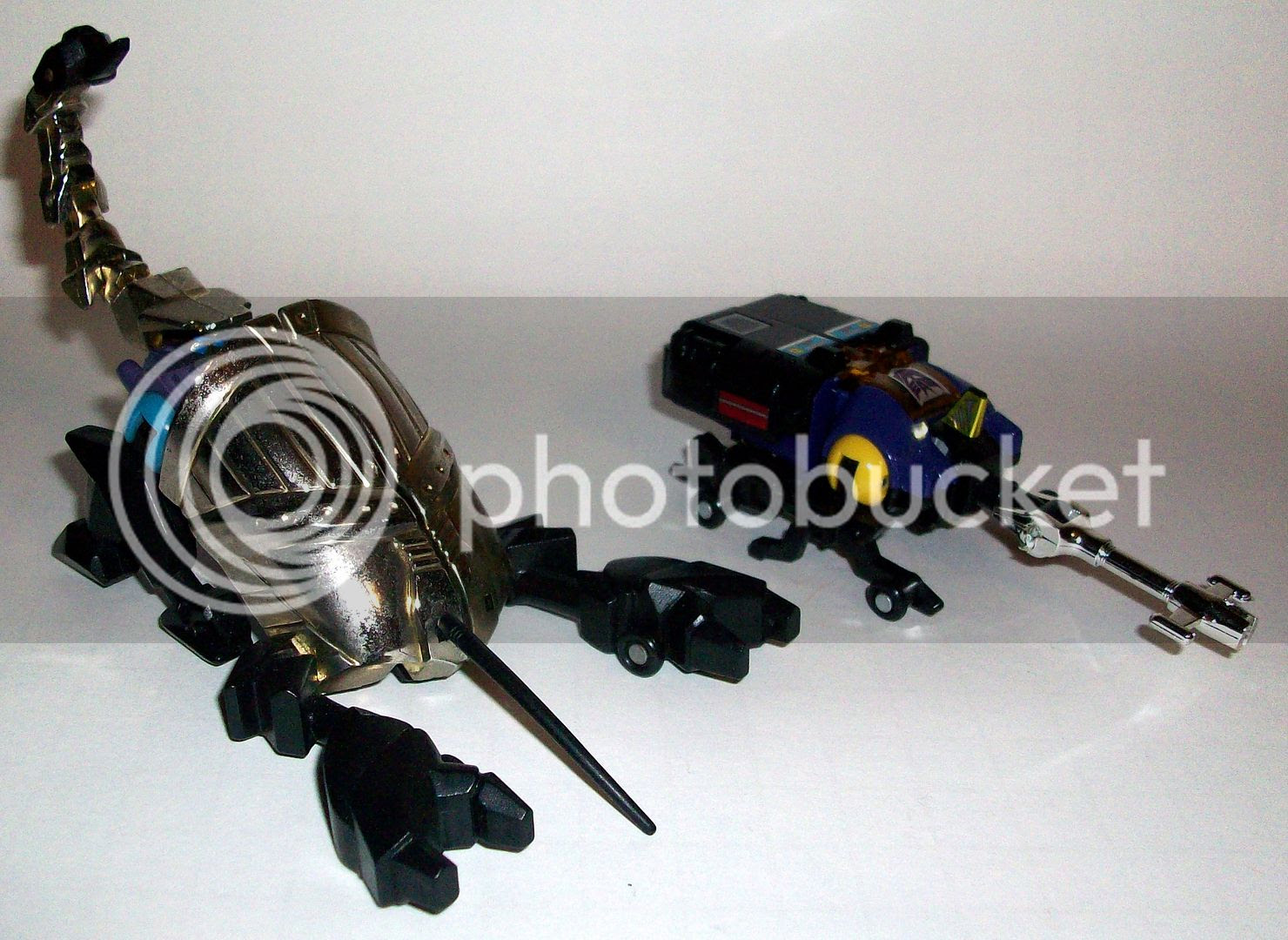 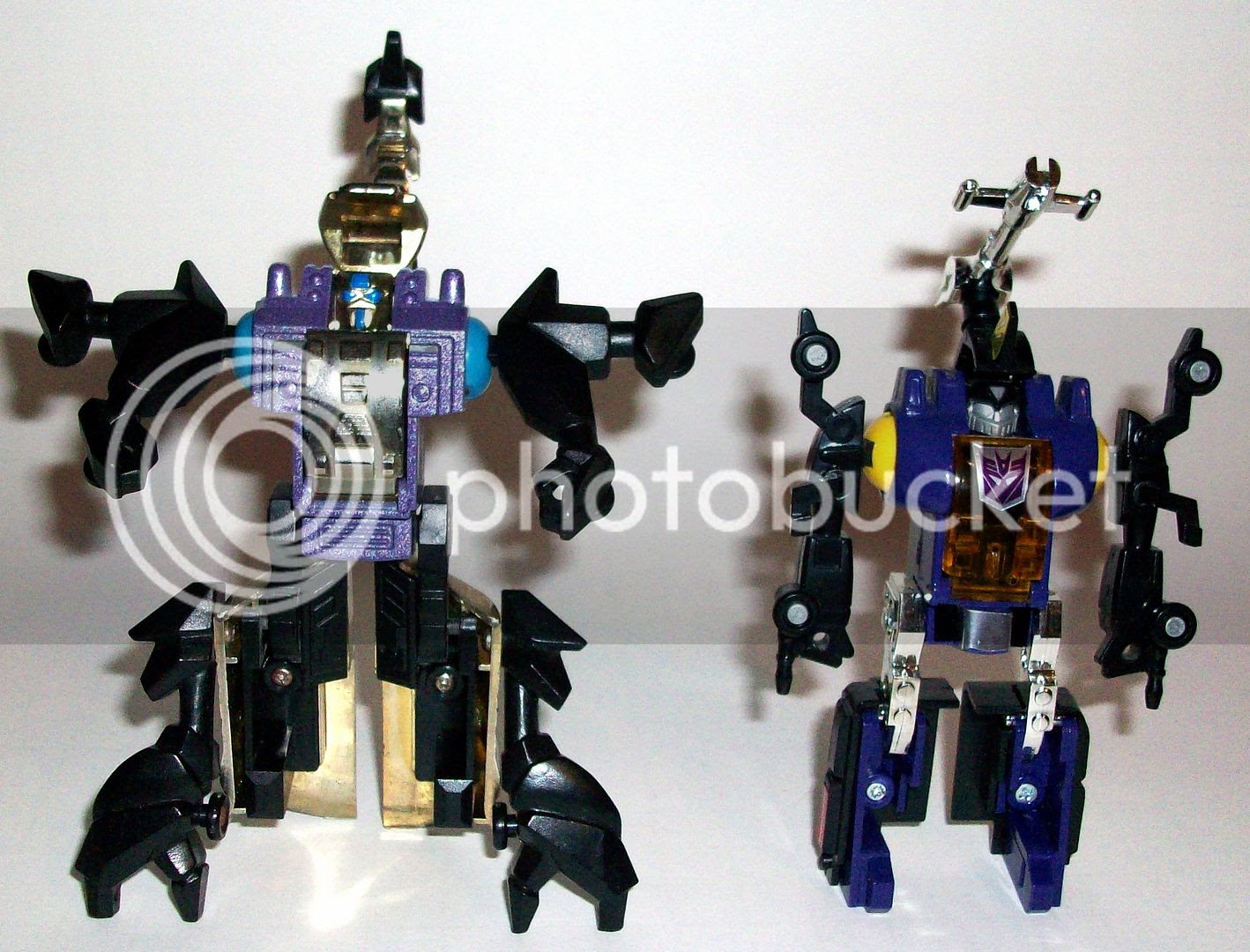 After getting my hands on this toy I found a new appreciation for Four Star's "Transformers" and sought to find more.  Since selling this guy a few months back, I seem to find him popping up on eBay quite frequently. Maybe he always did and I just didn't notice?  If I can find another one, complete, for a decent price I may just have to snap him up as he's a pretty cool take on the original Bombshell mold.
at 10:00 AM