It seems like long before the plethora of third party companies started making unofficial add-on kits and unofficial Transformers action figures, there was a company called Justitoys.  When Takara released their line of World's Smallest Transformers, they had a hit on their hands.  Well at least with a segment of the Transformers collecting community.  A lot of fans will say that Takara abandoned the line too early...enter Justitoys.  They decided to take the World's Smallest banner and run with it, starting off with the Dinobots...or Dinorobots as they are called for legal reasons.

Eventually the entire group would see release, alongside color variations that were exclusive to certain conventions or retail stores online.  Then in 2009 Justitoys created a box set of Dinorobots featuring black plastic and gold chrome bits.  They dubbed it Dark Retribution.  While I could afford to pick up the individually released regular Dinorobots, these new box set was a little pricey so I opted to sit this release out.  Later on I found a TFW2005.com board member selling a few of these Dark Retribution figures individually so I grabbed Grimlock and Snarl. 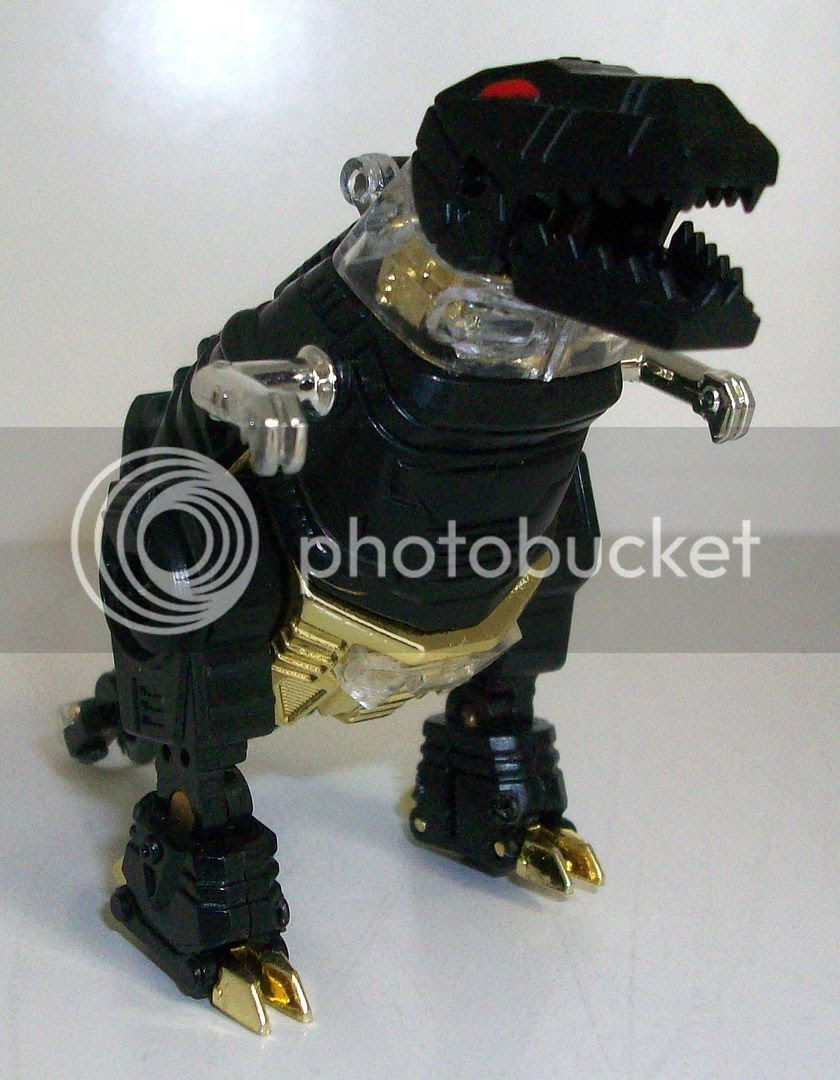 Justitoys did an excellent job with the scale of these WST Dinorobots.  They are larger than your standard Takara World's Smallest toy, yet right in scale with them.  After all the Dinobots were bigger than most of their Autobot friends.

The toy looks and transforms very much like the real G1 version of Grimlock.  I have to say the black and gold fits the toy nicely and I'm not always a fan of black repainted TFs. 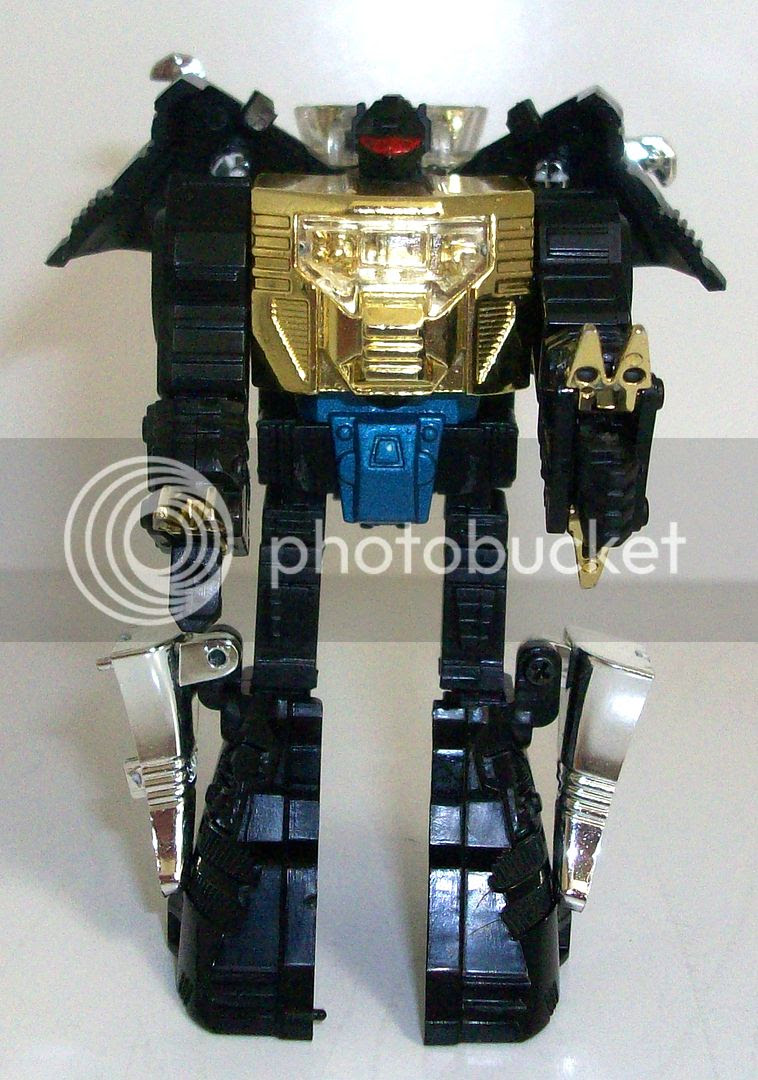 Notice the blue waist piece?  Most TF collectors know that the G1 release of Grimlock featured a red waist, where as the pre-TF Diaclone version featured the waist piece in blue.  I'm not sure why Justitoys went with the blue over the red, but I actually prefer the blue.  It blends in well with the back whereas the red may have stood out too much. 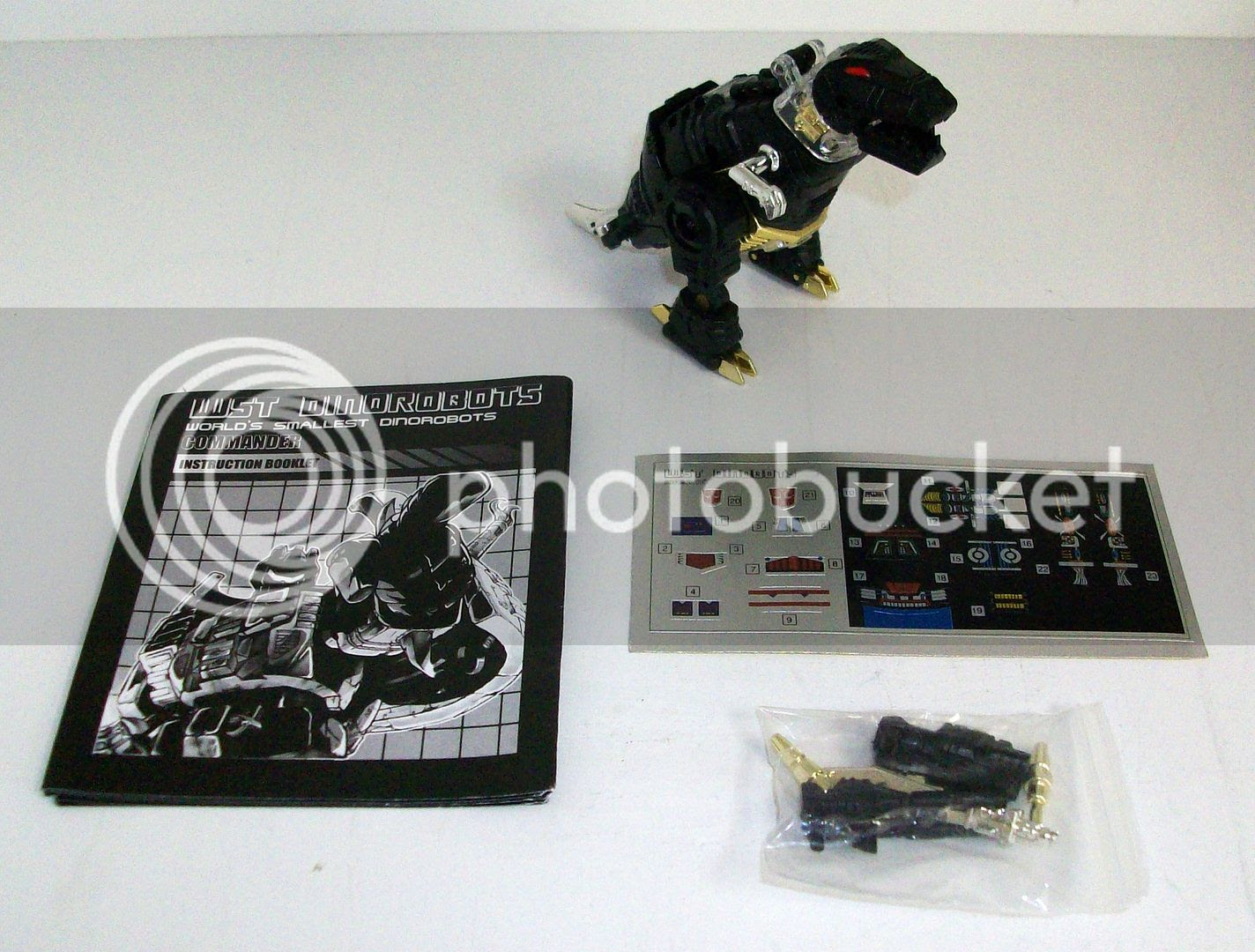 Each figure in the Dark Retribution set came with their own G1 style instruction booklet, sticker sheet and a bag of weapons.  These weapons are smaller reproductions of the G1 weapons.  Rifle, sword and missile launcher w/ 3 missiles.

Justitoys did a great job with their WST Dinorobots...no matter what color they used.  They are built well and a fun to transform.  I can see how they may not fit into everyone's TF collection, but if you have a chance to pick one up for less than $20 I say buy it.
at 3:19 PM