The different tribes or lands in Beast Saga are filled with many different types of animals.  The types vary from land to land.  The Kingdom of Land Gloria is comprised mostly of land dwelling mammals.  Long Tsurafu is one of the larger individually packaged figures. 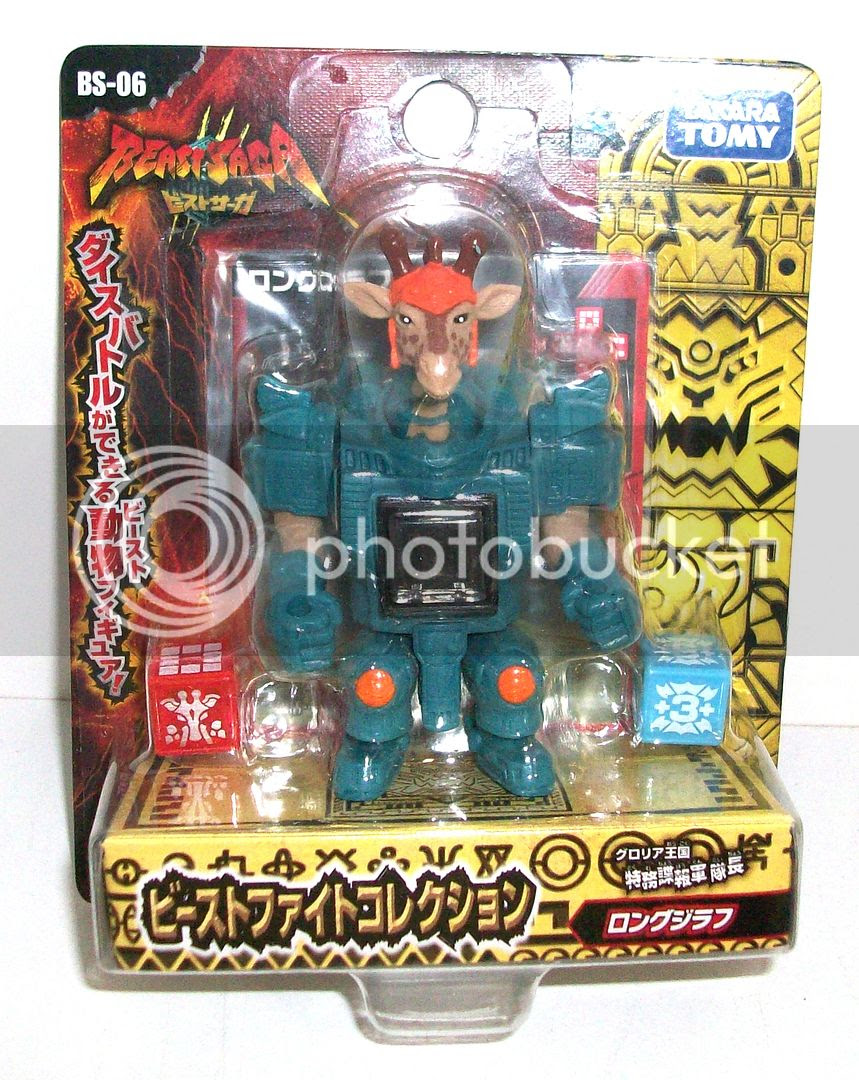 Long Tsurafu is one of the beasts that was used in the original Beastformers and Battle Beasts line from the 80s, known simply as Yellow Giraffe. 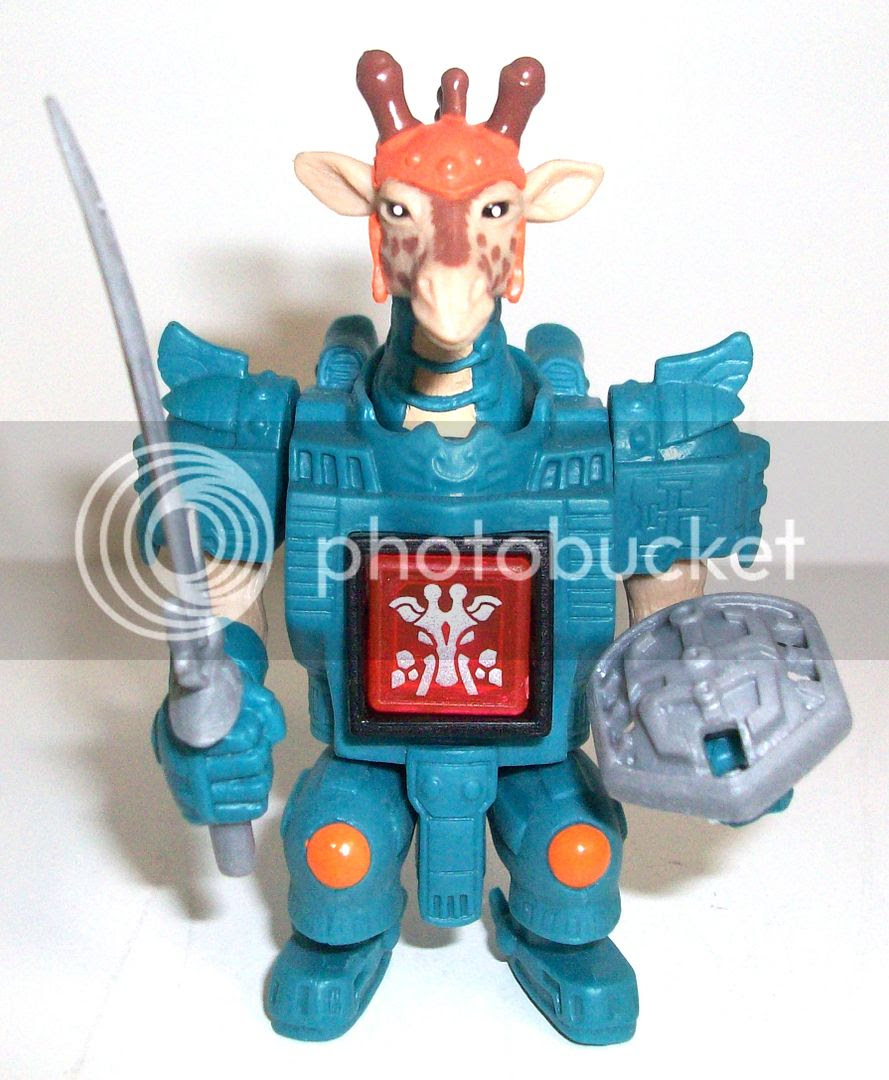 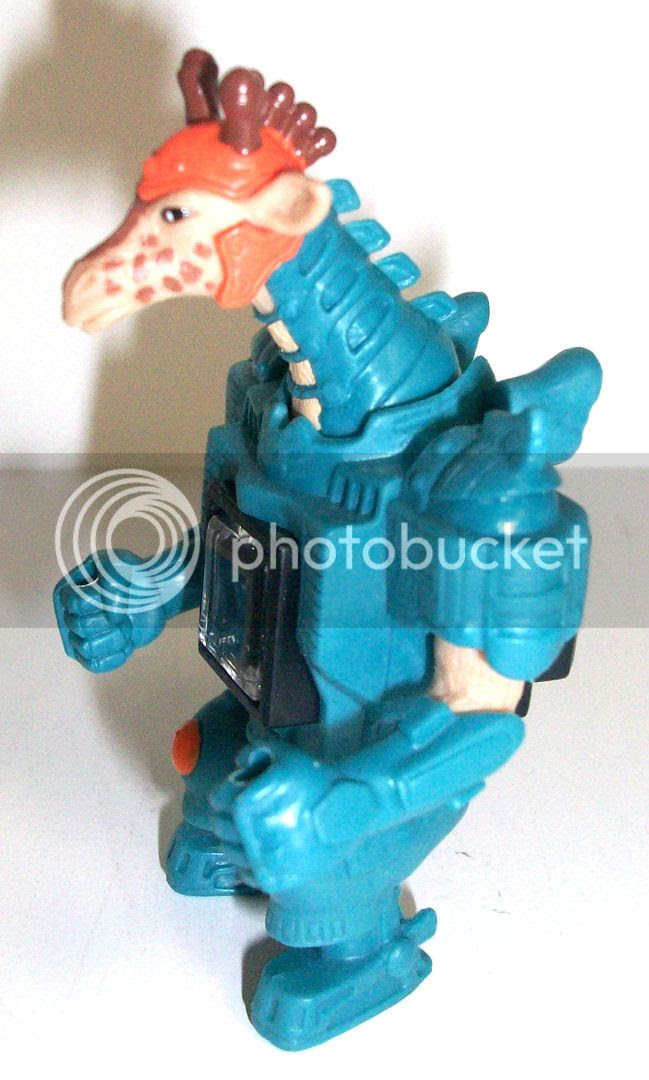 Long Tsurafu is bigger than most of the Beast Saga figures and being a giraffe is certainly taller than other figures.  However I feel he just lacks character.  His armor has some nice elements and I like how the armor extends up the neck.  I'm not sure why Takara Tomy opted to paint his helmet a different color, but the orange just doesn't mesh well w/ the turquoise blue armor.

His weapons aren't anything special either.  His sword is made of a very soft plastic and as you can see it has already started to warp a bit.  His shield is decent, but like all of the Beast Saga shields it just has a peg on the back to fit into the fist hole.  It really needed to be a L shaped peg so the character can wield the shield properly.  As is he can really only defend himself from downward attacks. 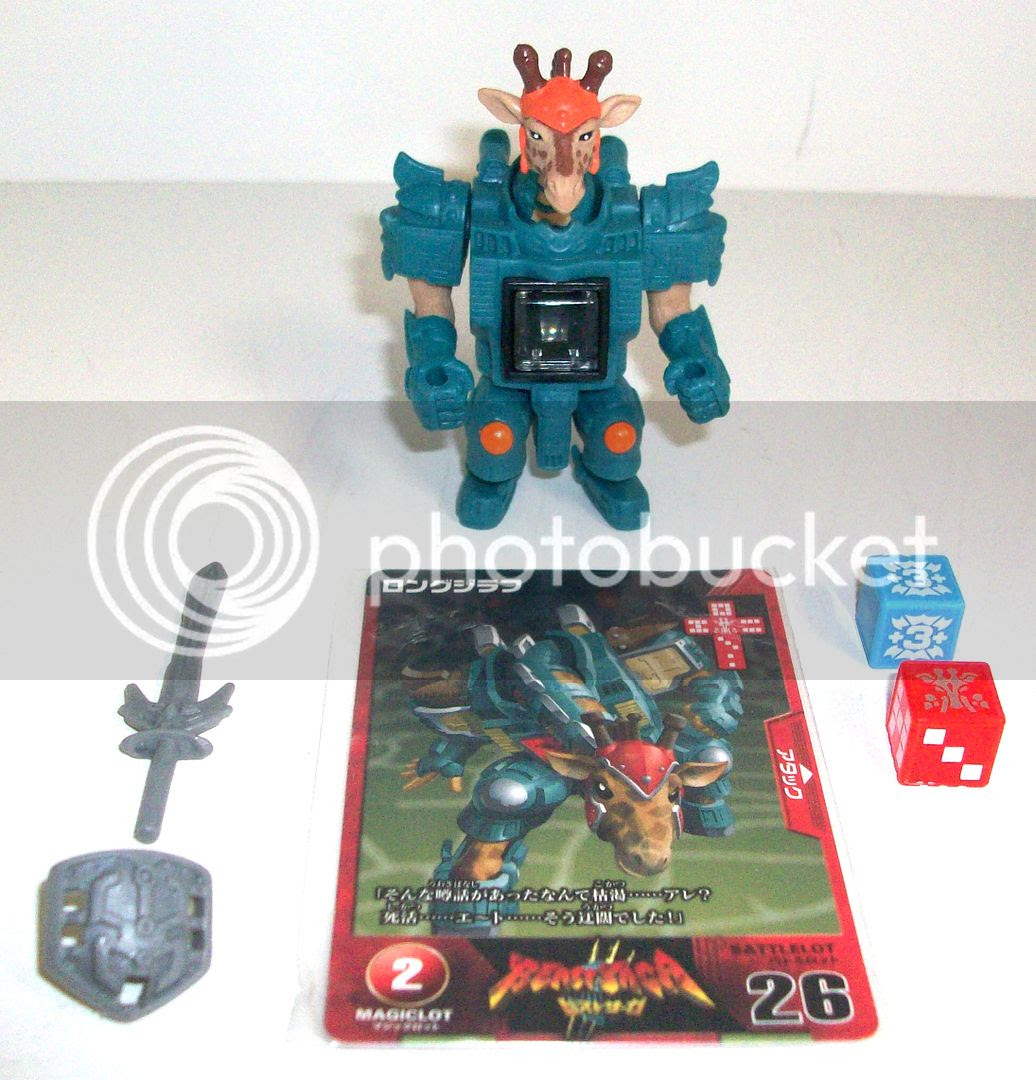 I really wish I had more positive things to say for this figure, but as it is it's just an average Beast Saga figure.  I can only recommend this guy to those of you that are trying to complete the line.  The Kingdom of Land Gloria has greatest number of characters so save your money and go after one of the other cooler figures.
at 5:26 PM