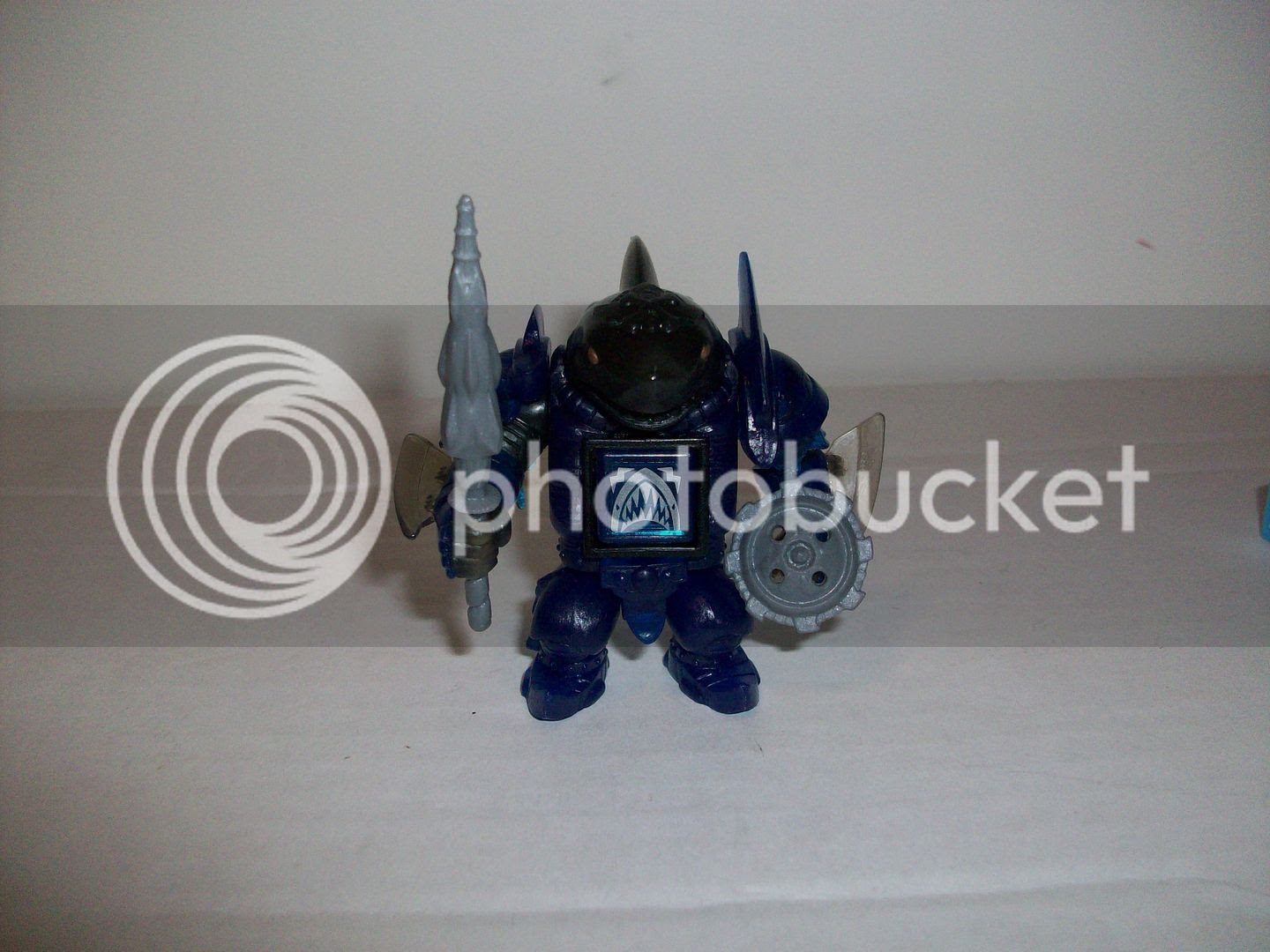 I mentioned in my first post about the translucent Booster figures that I probably wouldn't chase after anymore of them.  Well, I lied.  How could I pass up such an excellent looking figure?  Killer Shark to be exact. 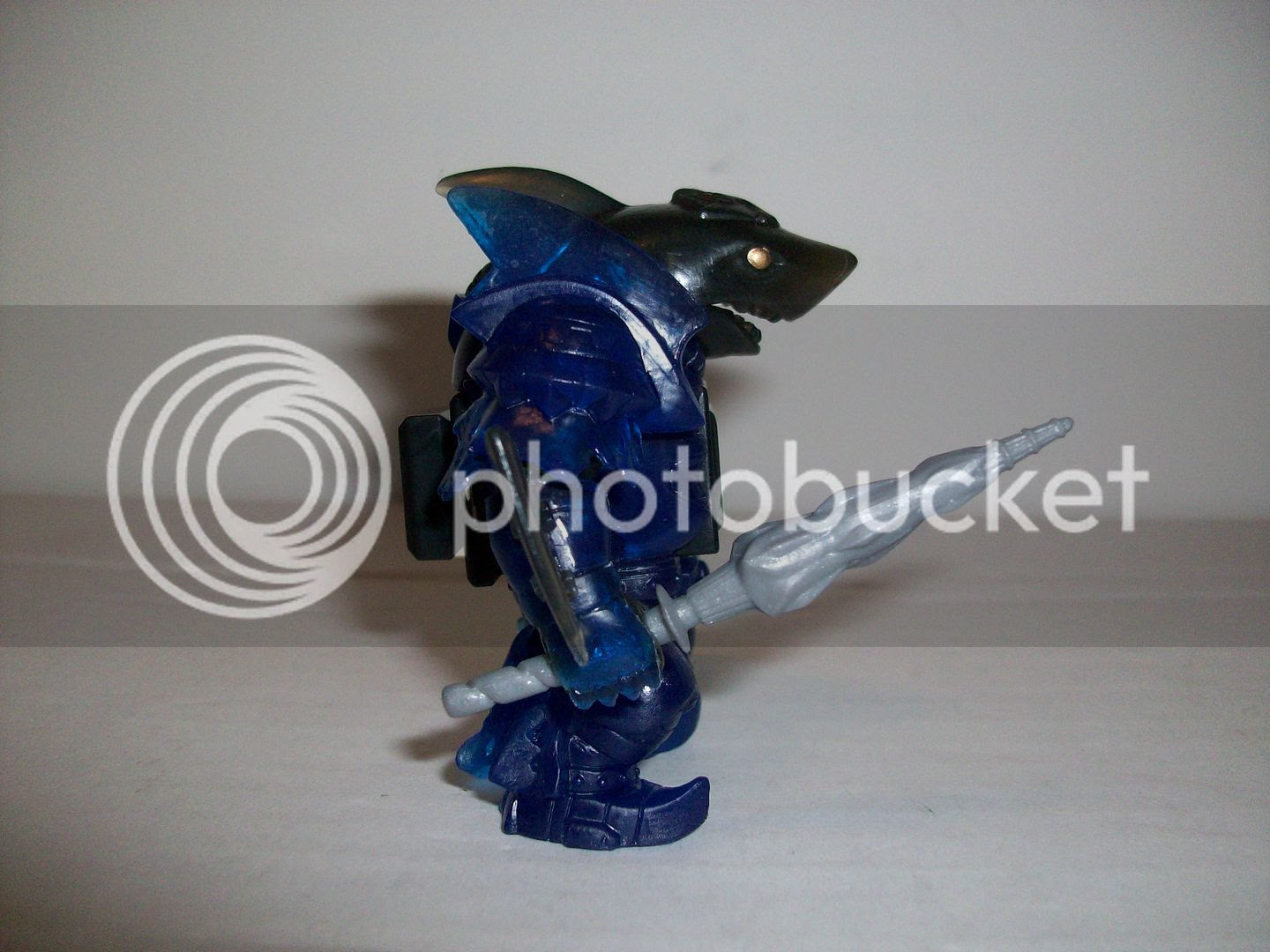 The Killer Shark figure is already excellent, but I gotta say I really dig the deep blue used for the majority of the figure.  The shark head, fin and fists however are cast in a darker "clear" plastic which works well with the blue. 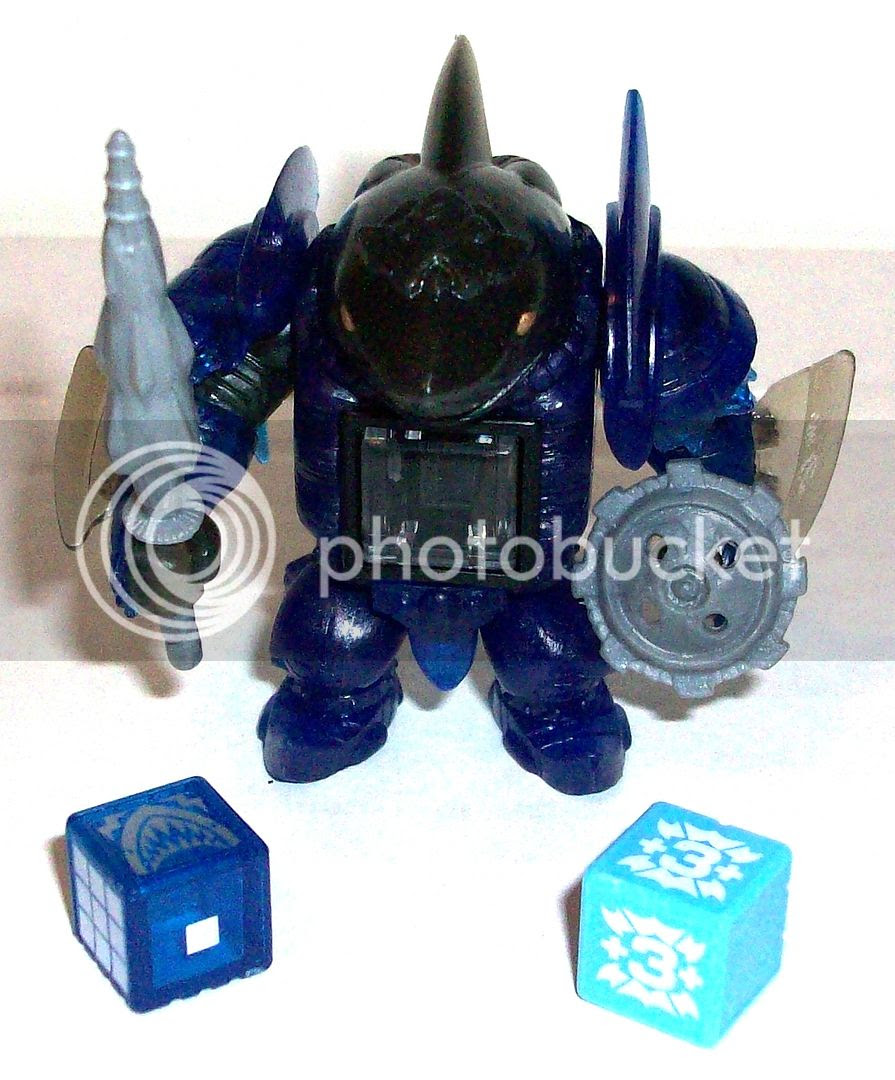 I have yet to buy the 3 pack starter set that Killer Shark is originally found in, but after my hands on look at this figure I will be adding the regular release to my Beast Saga collection soon.  The weapons are different from the main release and you get an extra die.  I still haven't figured out the play mechanics of the game, but the more and more of these guys I get the more tempted I am to learn how to play the game.
at 10:38 AM