Now this is an entry into the KO Korner that I've been patiently waiting to share. Finding KO Transformers isn't that hard. A quick trip down to your local discount store or even flea market will usually yield some sort of knock off transforming robot. However, finding KO G1 toys proves to be a little tougher. Sometime last year, a seller on eBay was selling off his KO G1 collection. There were some very beautiful pieces up for bids, but man oh man did some of them bring in some huge bucks. Hard to believe some collectors will pay three or even four figures for a toy that isn't even authentic, but who am I to judge?

I was able to acquire 3 items off this international seller and this is one of them. The G1 Decepticon Predator jet, Falcon. Released at the tail end of Transformers as part of Operation Combination in Japan, Falcon also saw release in 1992 as part of Hasbro Europe's line up. When I first started to branch out from the domestically released G1 toys, a lot of the European stuff was fairly inexpensive and I acquired all of the Predators, and their Turbomasters counterparts.


(As a reminder, click on the images for a larger view) 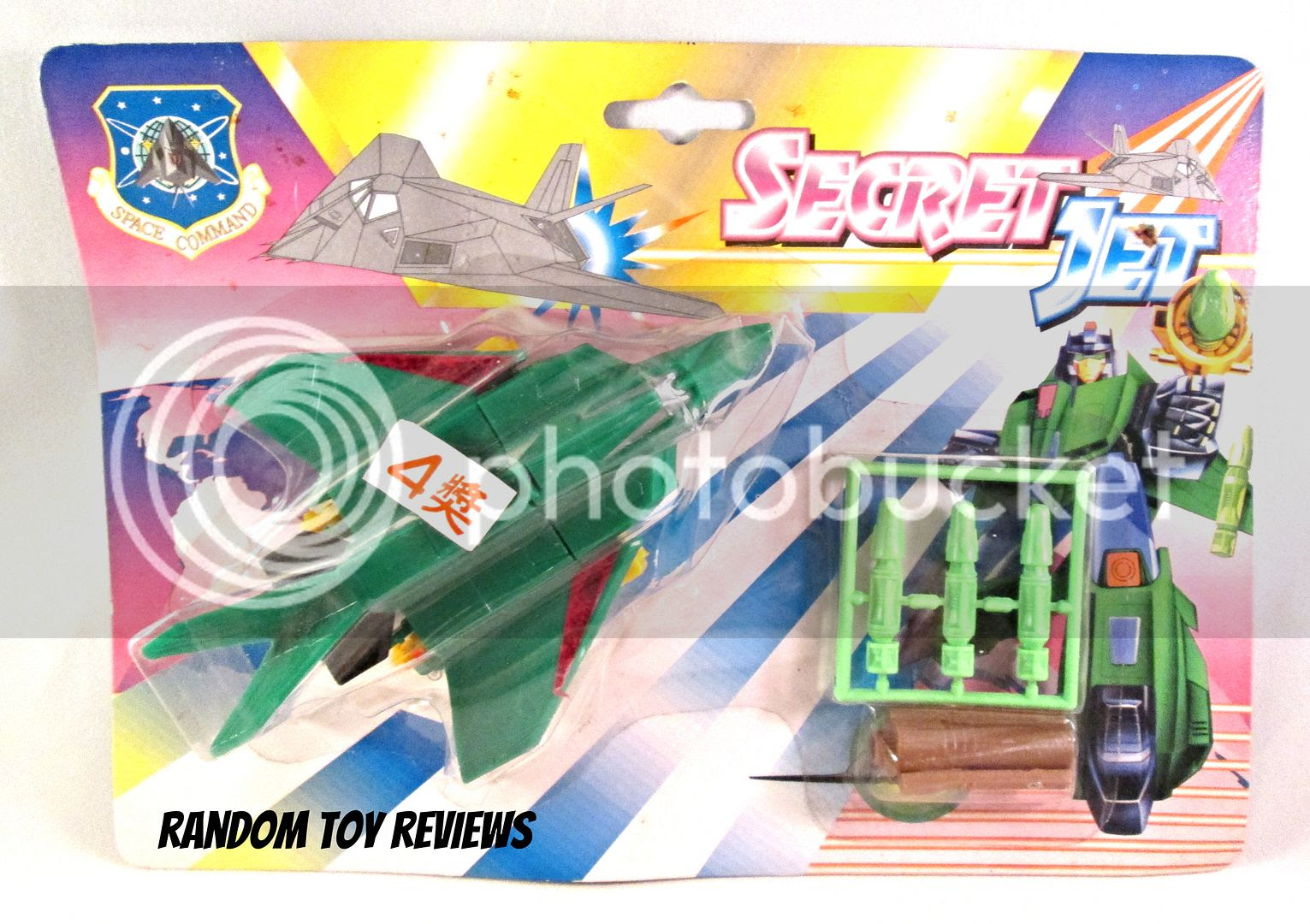 This version of Falcon is simply known as 'Secret Jet'. The toy comes on a blister card, complete with cheap plastic bubble and flimsy cardboard. To be honest I'm surprised this toy lasted this long without the bubble falling off the card. Packaged beside the toy are 3 missiles and a gold launcher. If you are familiar with the Hasbro/Takara releases of the Predator jets, then you know the missile launchers are plagued with GPS (Gold Plastic Syndrome). I fully expected the gun to fall apart upon opening the package. The transformation instructions are printed on the back of the card. Transformation is the same as the authentic G1 toy. I would love to more about the background of this release, but as you can see the packaging doesn't yield a lot of information other than it was made in Taiwan. 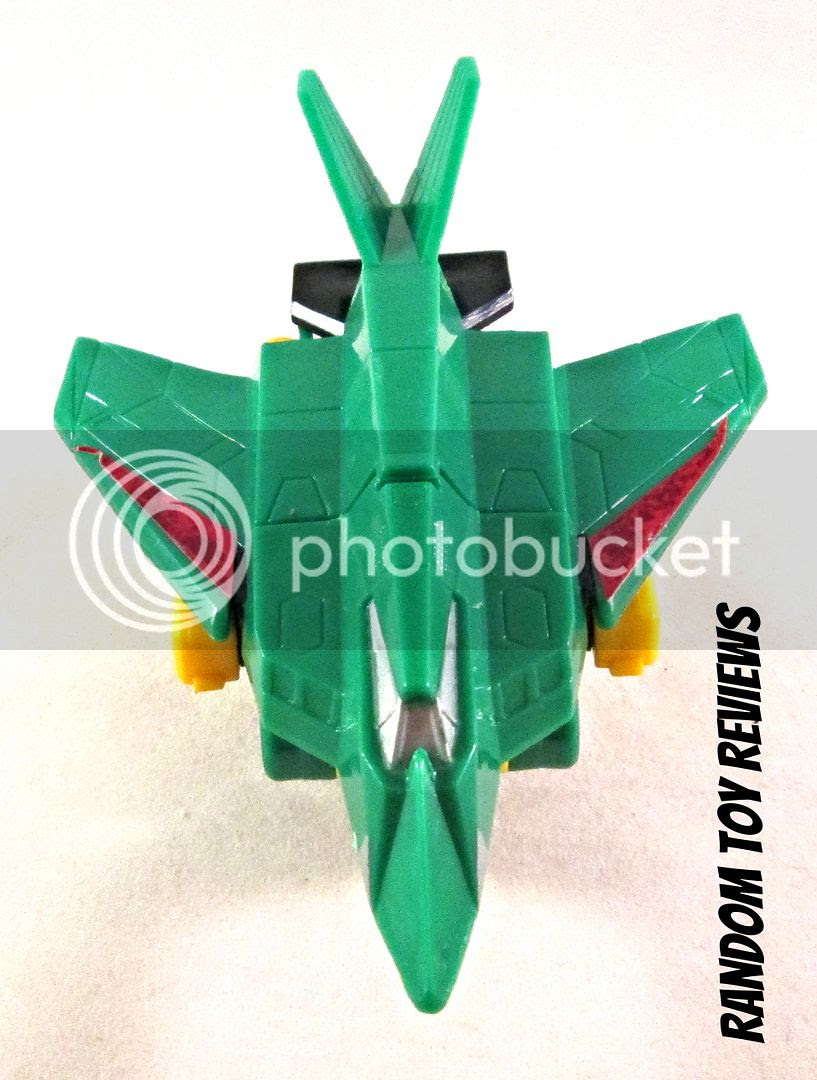 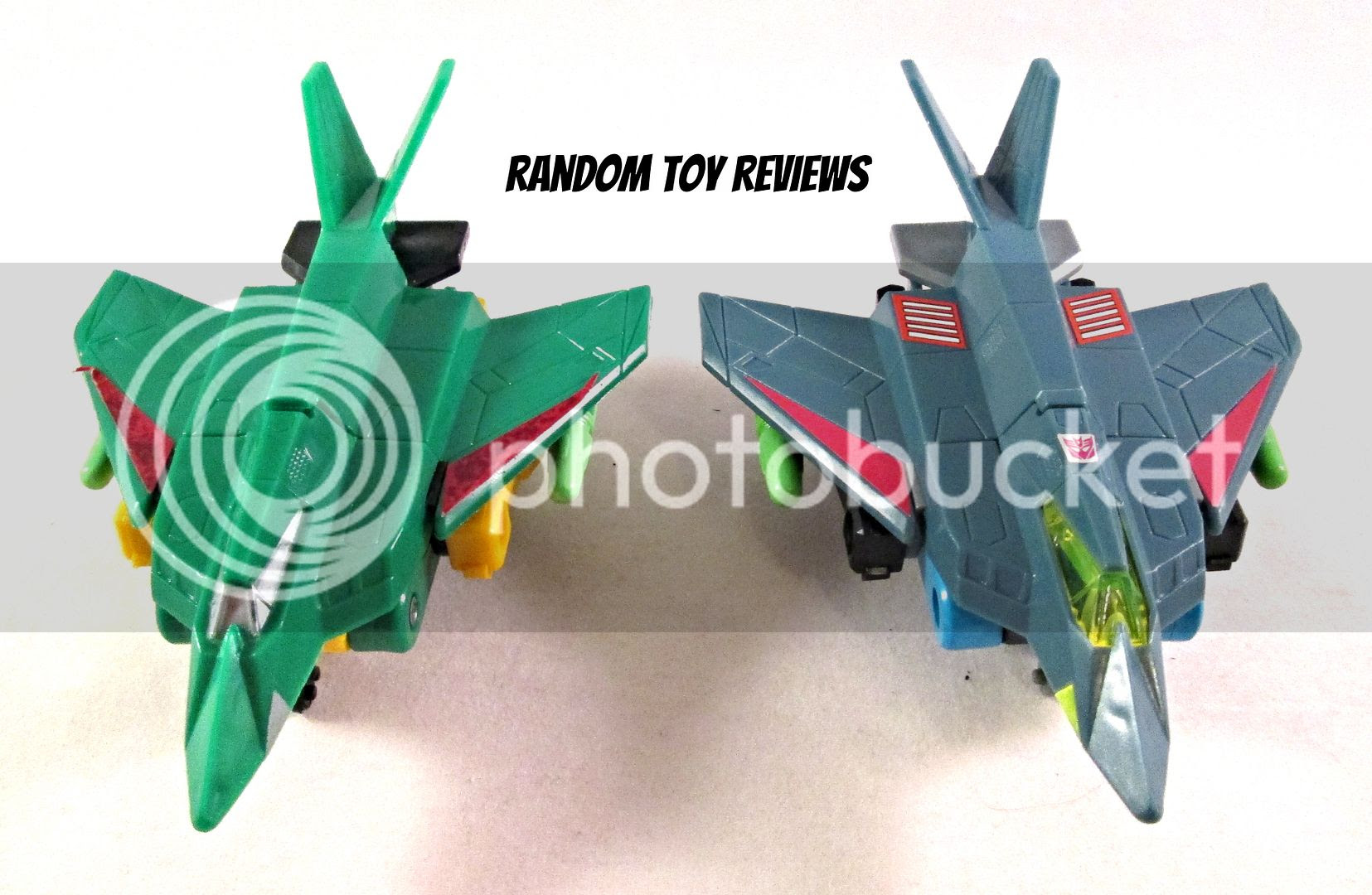 Falcon has undergone a color change as you can see. Gone are the gray/blue and black, replaced with green and yellow. As much of a depart as the colors are from the G1 toy, I can't really say that I don't like these colors. If we were to call this a G2 Falcon would that help? The other main change to the mold is the lack of the translucent cockpit window. The Predator targeting window gimmick, while present, has also been modified on this release. More on that in a bit. 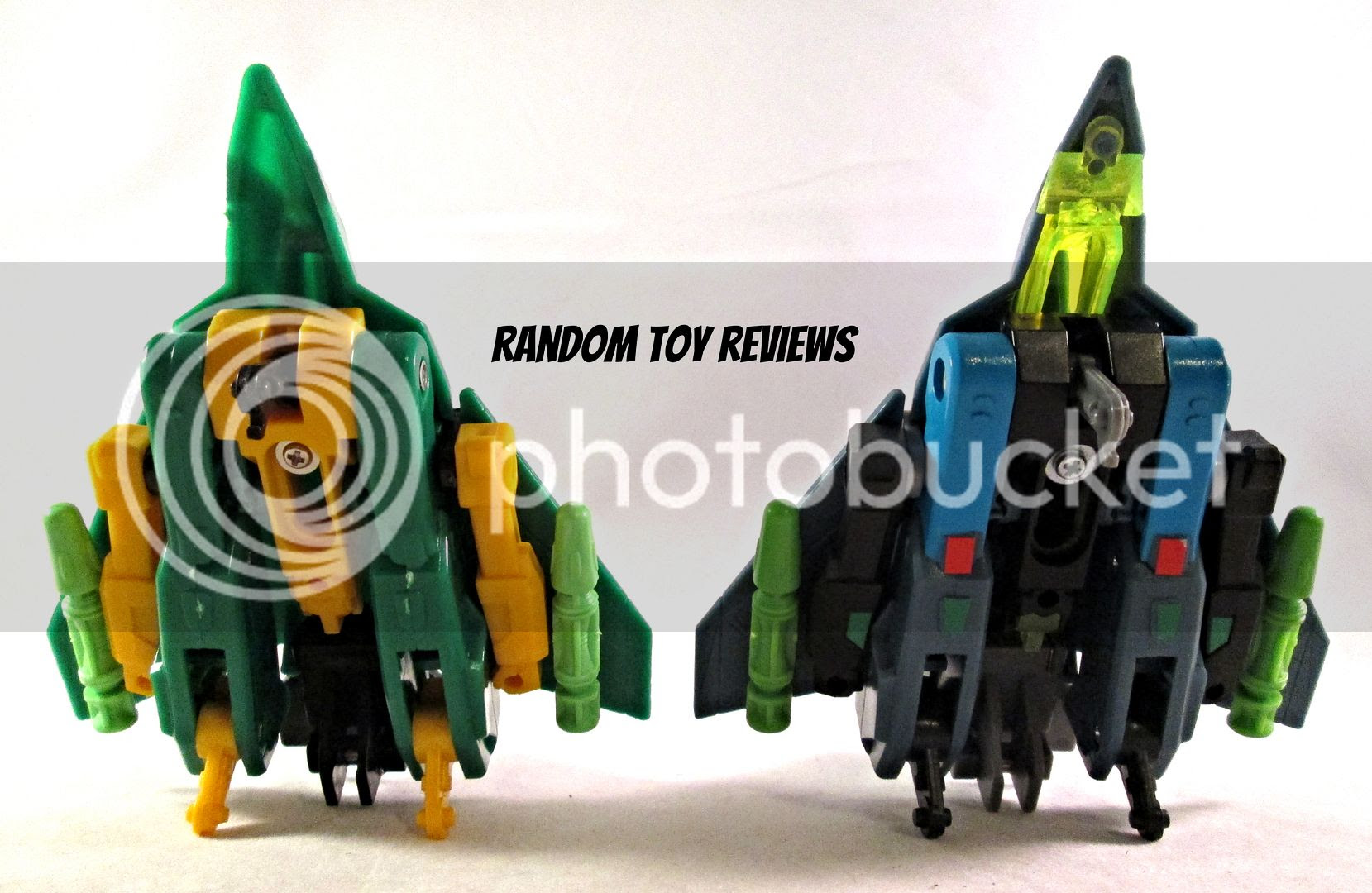 The underside of the figure is basically the same as well. Even the KO has the metal screw where the body slides upon as part of the transformation. 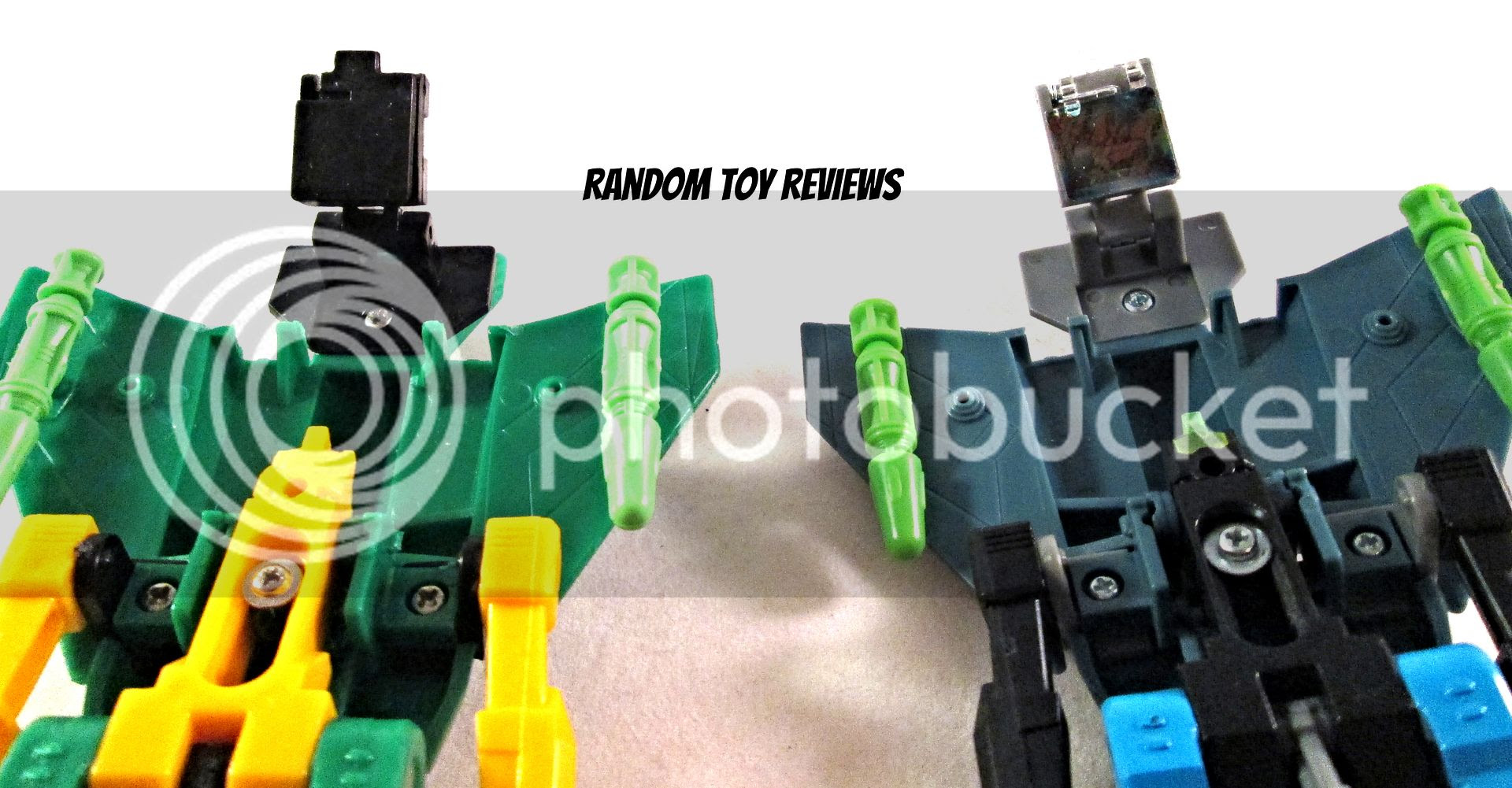 The gimmick if you will of the Decepticon Predators were the smaller jets had little clear translucent targeting windows. These spring loaded little windows had a targeting reticule over top one of the Autobot Turbomaster characters. When one of the Predator jets were attached to a larger toy (such as Skyquake or Stalker) these windows would line up as if the Decepticon had the Autobot dead in it's sights.

The KO has this targeting piece, however it has been cast in solid black plastic. The spring has also been removed. I'm sure you could fold it into place and still attach it to Skyquake, but I haven't tried. 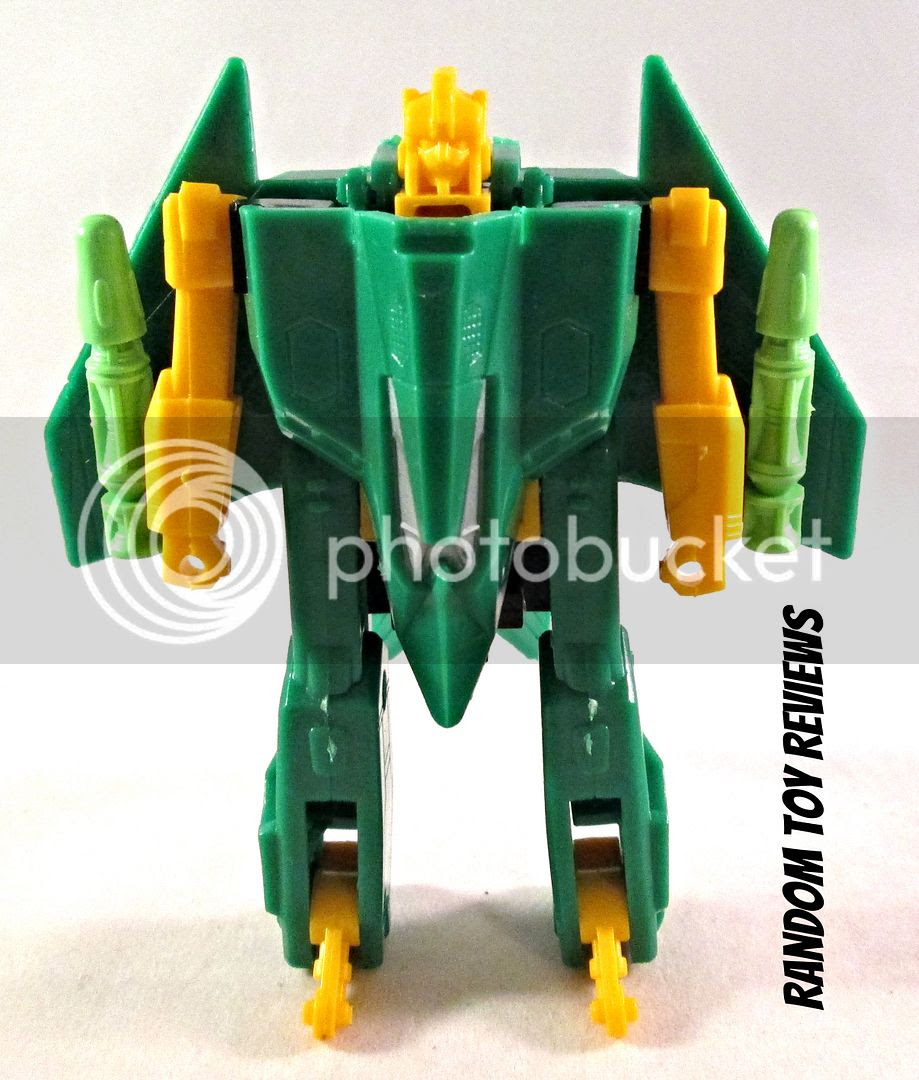 As I've previously mentioned, transformation is the same. I was a little nervous transforming him, but I found that the plastic quality is generally pretty good. It's a hard plastic, not soft, however none of the moving parts ever felt brittle. Now granted I only transformed the toy a few times, but overall I'm pleased with the quality.

The head sculpt is the same, minus the light piping for the eyes. Where the G1 toy has lime translucent plastic on the back of the head, 'Space Jet' has another solid piece of yellow plastic. 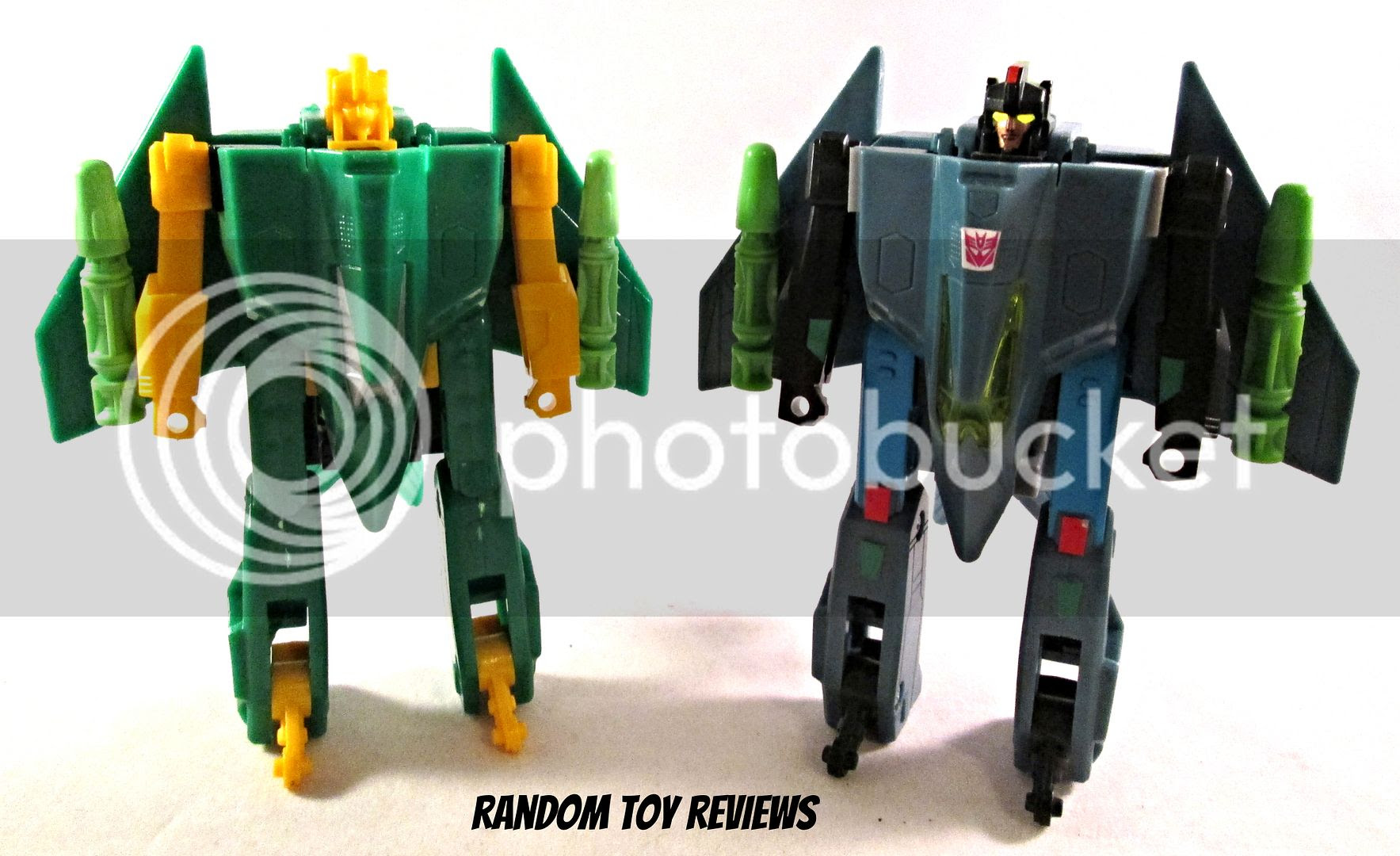 From what I can tell the included stickers are very close to the original stickers, however I didn't bother to try and apply them as I felt the adhesive would be pretty crappy. Speaking of the stickers, the red stickers that were factory applied to the wings fell off shortly after opening the toy. I thought about putting a little glue on them so I could re-apply the stickers, but ultimately held off.

Side by side I still think that 'Space Jet' looks pretty great. Frankly I'm glad that whoever made this toy opted for different colors, even if it makes the toy look like an advertisement for the soft drink Sprite. Outside of the cockpit, light piping for the eyes and the targeting window gimmick, it appears the rest of the mold is unchanged. Even the included missiles are a close 1:1 to the originals. 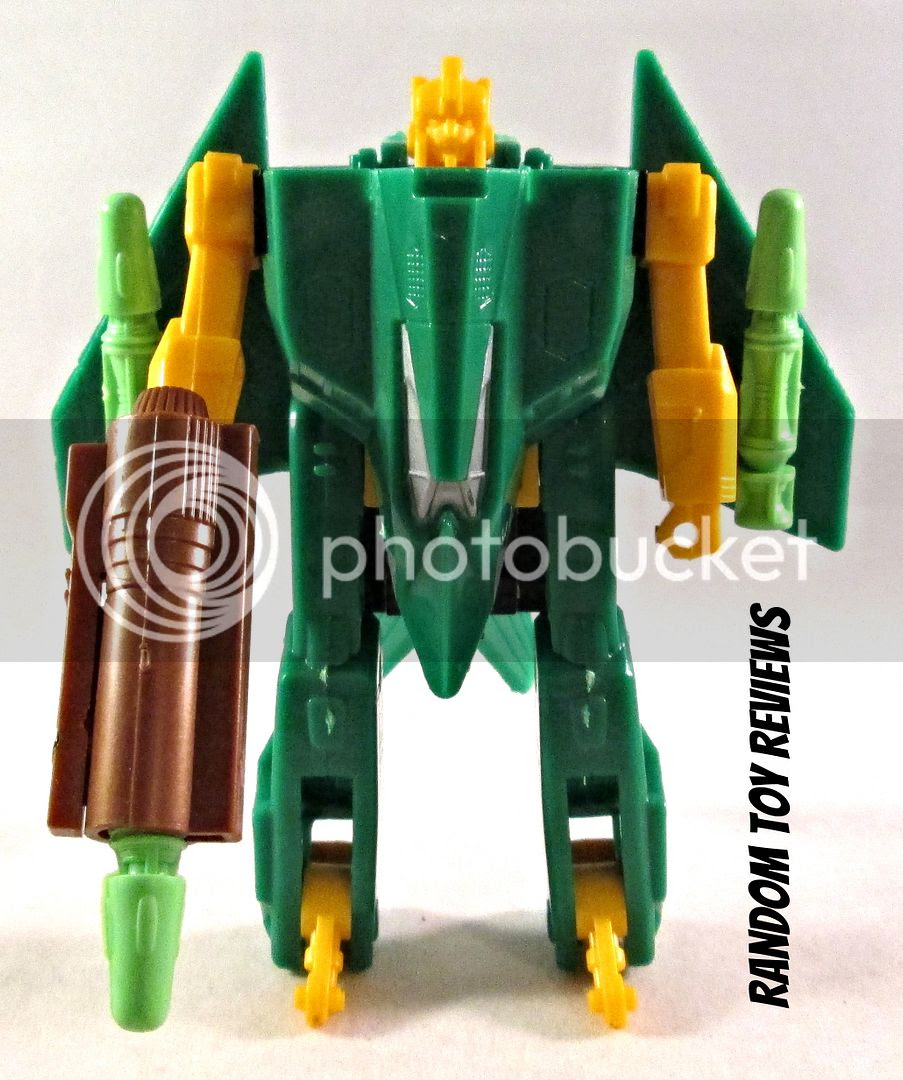 Even his launcher fit snugly in his fist. Yes, I did hold my breath while putting the gun in his hand and removing it. It appears however that perhaps a different type of plastic was used as the gun felt as solid as the rest of the figure. Even the spring inside the launcher worked well as I launched the little lime missile across the room!

My little collection of G1 KOs is ever growing and this one has become one of my favorites. Surprisingly I got this guy for pretty cheap, in fact I paid more to have this guy shipped to me than I paid for the toy. I've never seen this toy before so I hope you enjoyed this look at the newest addition to the KO Korner. 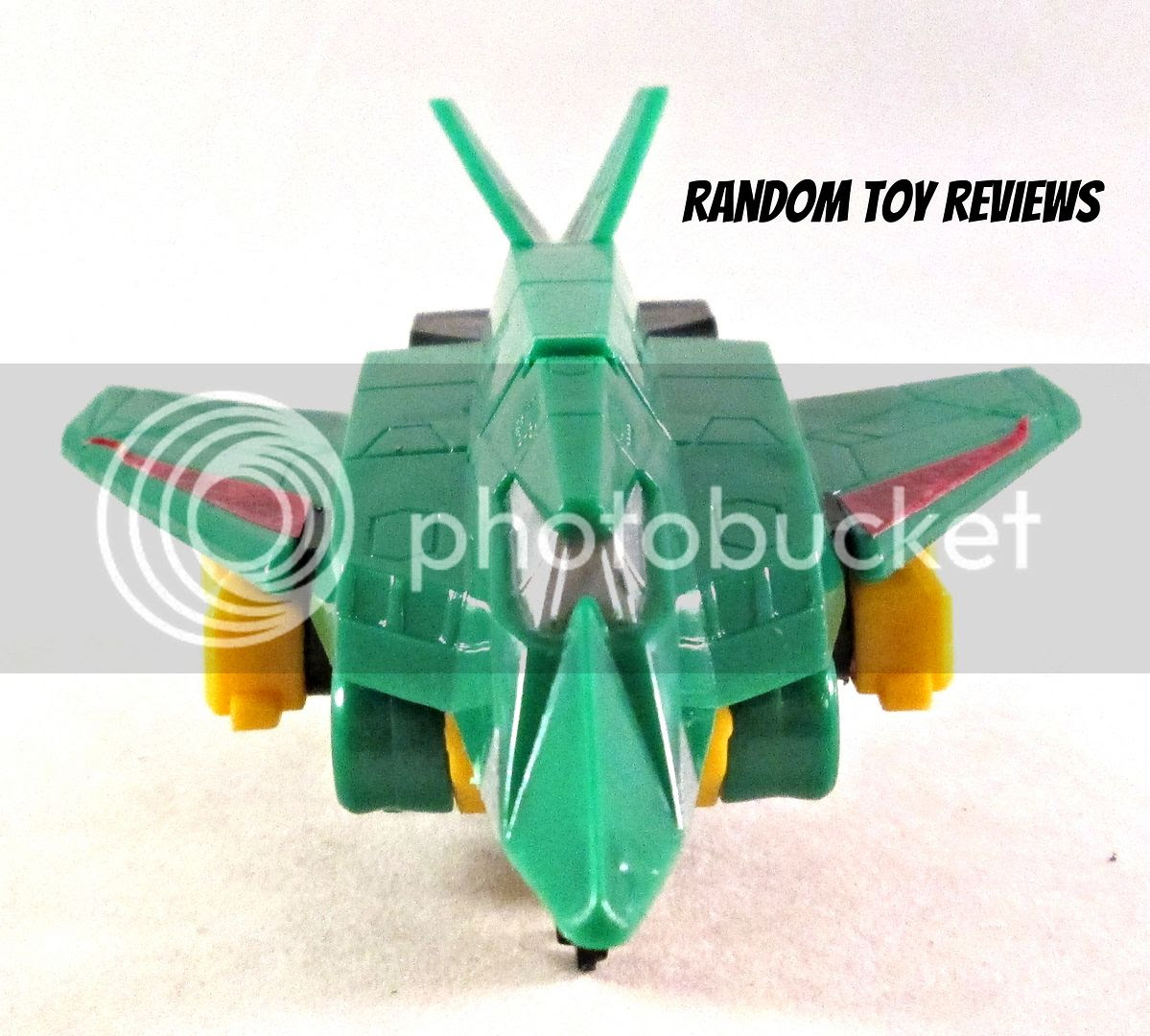 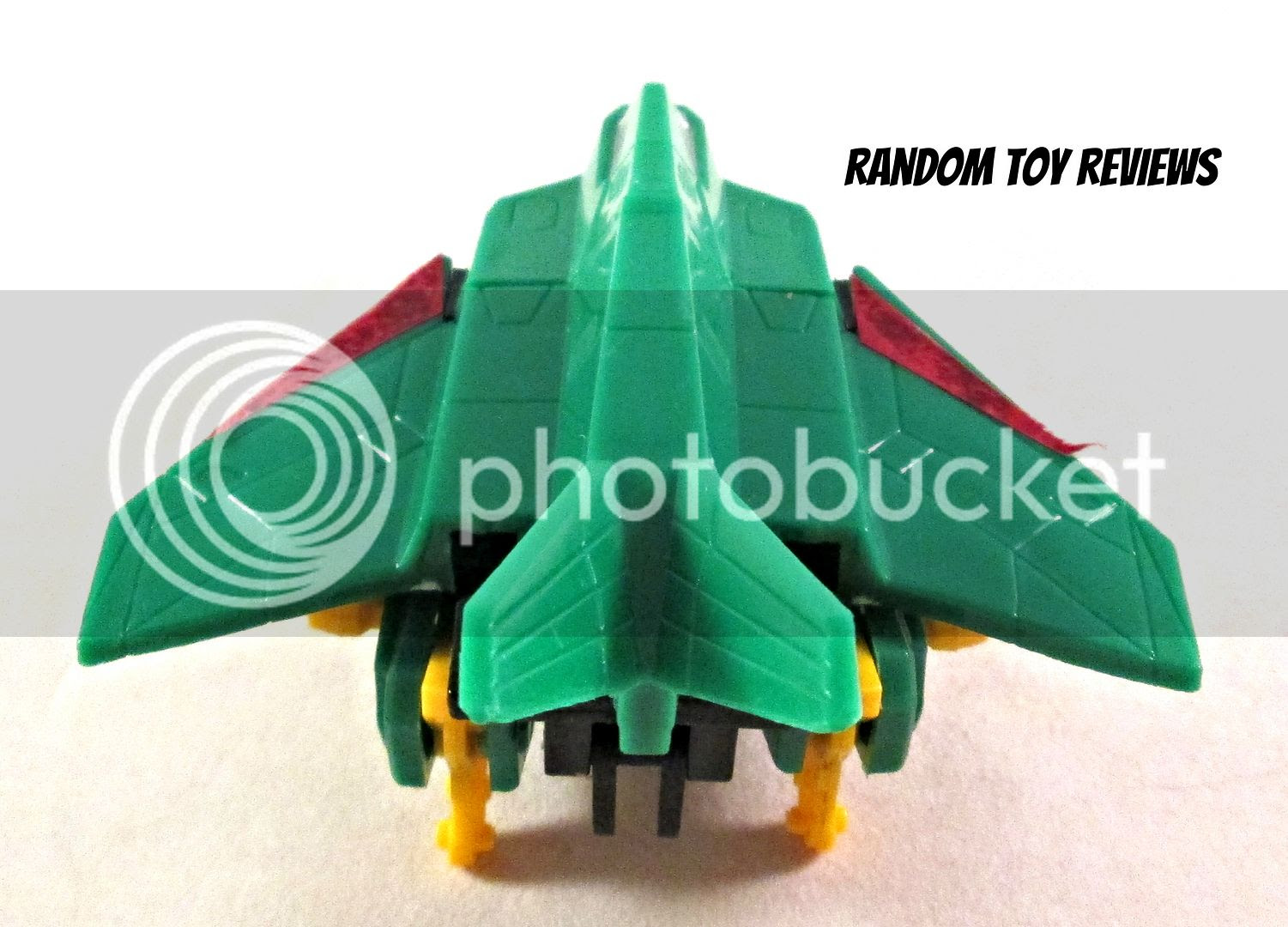 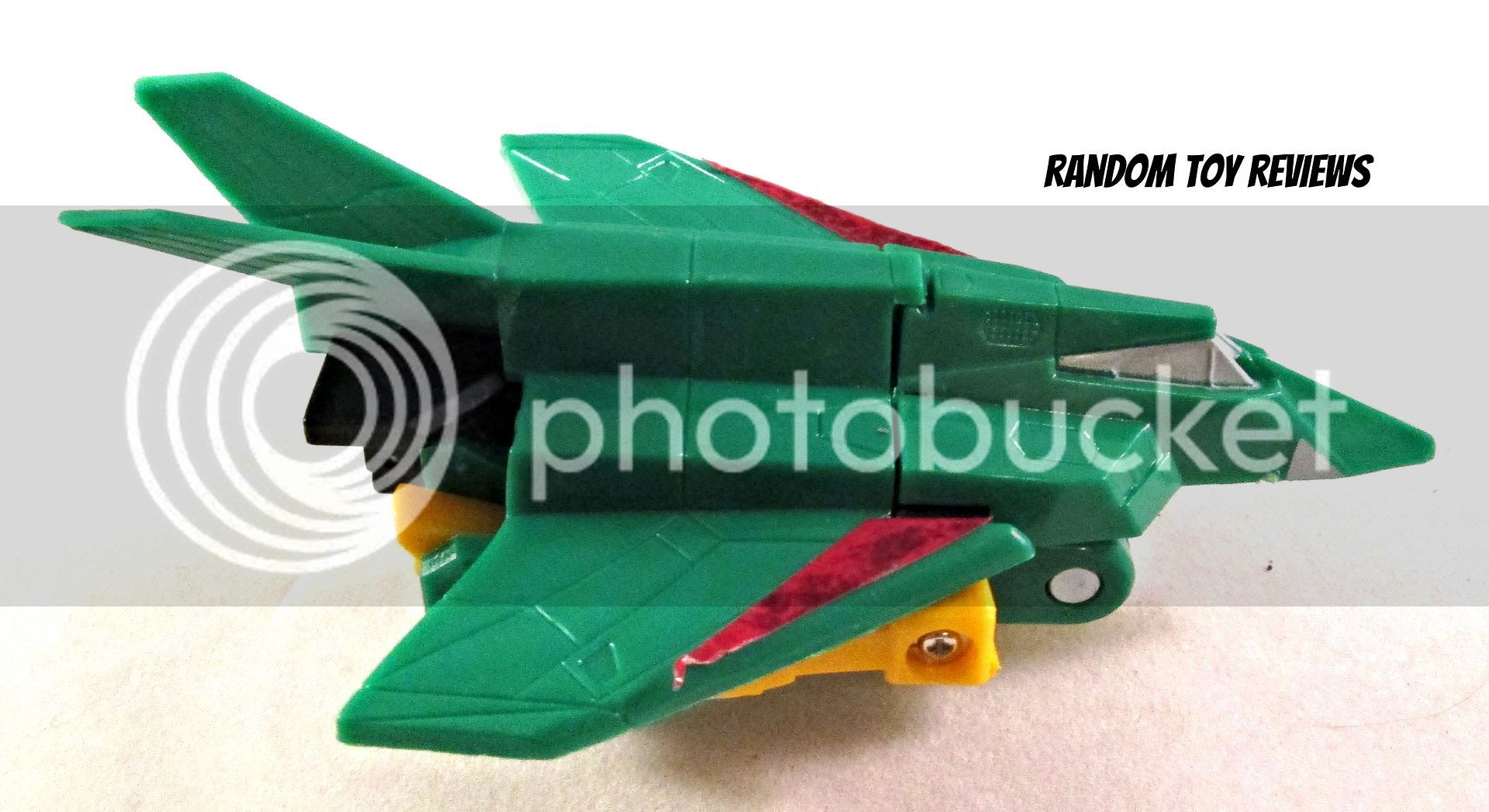 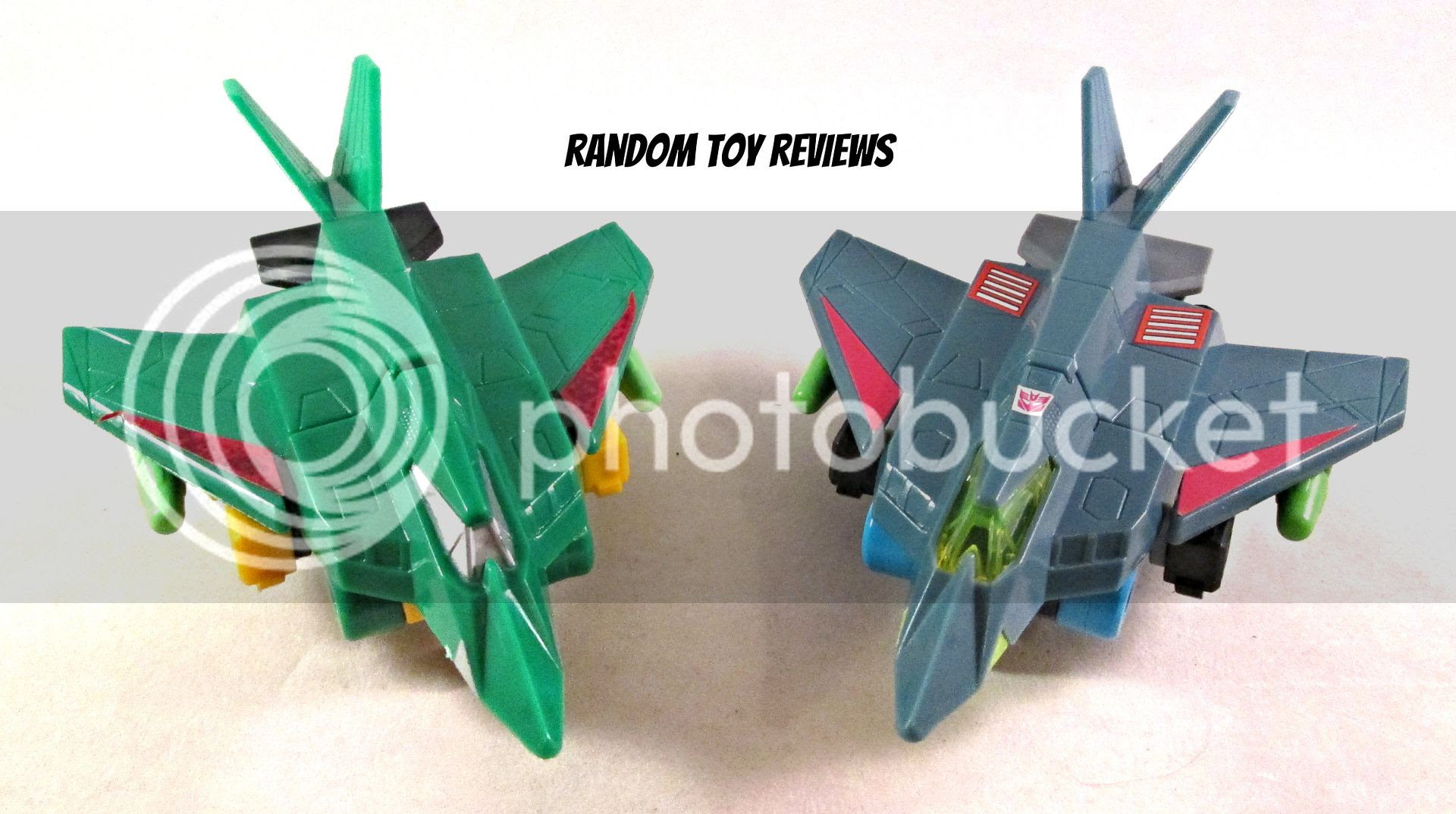