I'm not one of these Transformers collectors that has deep pockets. Not even close. However I do tend to have some good luck from time to time when it comes to acquiring some sought after Japanese G1 items. I mentioned in my Sky Garry review that I had a stroke of good luck a few months back and put together my own little haul. This is the second piece from said haul. 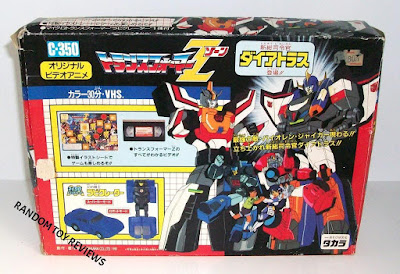 Your eyes aren't deceiving you...that is a VHS cassette and a single Micromaster in that box. Rabbicrater C-350, the one piece from the Zone series of toys that often gets overlooked. I can't really say this guy was on my collecting radar at all, but I ran across one for sell and I had a hard time resisting. Actually there is a funny story behind this piece.

Most of you know my good friend Arkvander from his awesome TF blog, Mostly Transformers Redux. Little beknown to each of us, we were both bidding on this item and driving up the price. I don't know who was the first to place a bid, but I'm sure each of us would have backed off if either of us knew. So lesson of the day is make sure your friends are bidding against you!

For those of you that don't know, the Zone anime takes place after the events of Victory. Victory Saber is called into action to save the planet Feminia against the demonic Violen Jiger and his Decepticon Generals. Victory Saber is unable to escape the destruction of the planet so the Powered Masters (Dai Atlas & Sonic Bomber) leave planet Zone in search of their commander. Only one episode of Zone was ever animated. The rest of the story was told via comic strips in TV Magazine. For this reason, perhaps Takara figured the one lone Zone episode would be a hard sell as is this the inclusion of Rabbicrater. 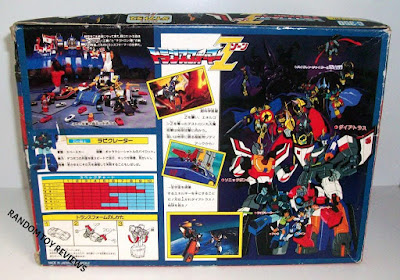 For the contents to be relatively small, this sure is a lot of packaging. Thankfully though in Takara fashion, the box is beautiful. On the back of the box we have a nice large image of the Powered Masters and the Decepticon Generals' animation models. The upper left corner shows a cool toy diorama using various Zone toys such as the Powered Masters set up as Big Powered. Below that Rabbicrater himself and his tech specs and transformation instructions. 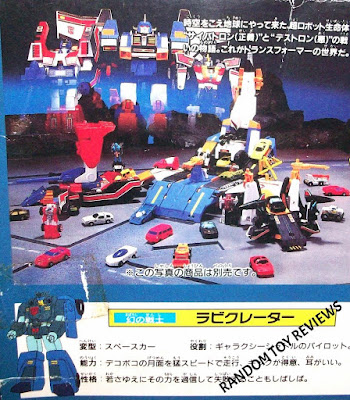 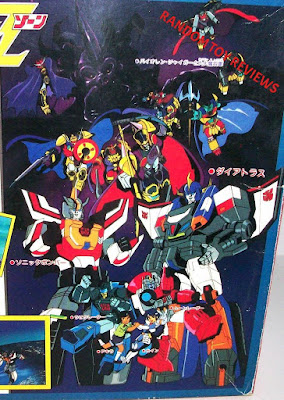 The contents inside the box include the VHS video in a nice black clamshell case, a pencil board and Rabbicrater himself. I don't believe he came packaged with any other paperwork outside of maybe a catalog. 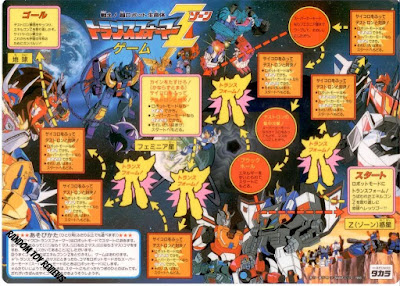 I called this laminated insert a pencil board, but I'm not really sure what it's called or what it is actually. Times like these I really wish I could read the Japanese language. With all the arrows it makes me wonder if this is some sort of timeline?  The jury is still out. 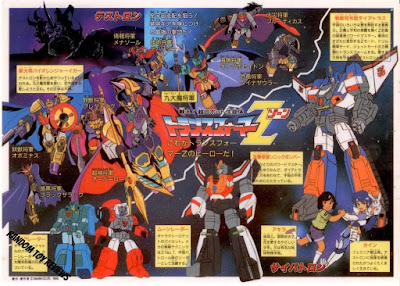 The flip side of the laminated insert has some great animation models of Violen Jiger and his Destron Generals (Black Zarak, Abominus, Predaking, Overlord, Devastator, Menasor, King Poseidon, Bruticus and Trypticon). On the Cybertron side we have Rabbicrater, Moonradar, Sonic Bomber, Dai Atlas and their allies Akira Serikawa and Cain & Emusa.

For a short time I thought that Rabbicrater was still sealed in his small plastic bag, but after I opened the box I realized there was a small slit in the plastic.  Not a huge deal.  Actually I was kinda happy since I really wanted to open him up in the first place. 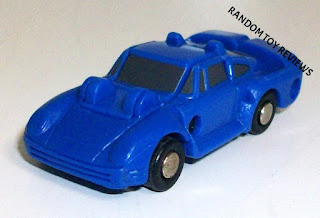 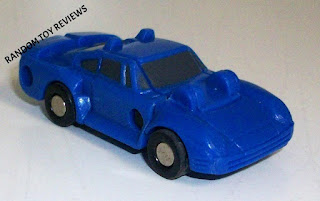 If Rabbicrater looks familiar to you he should. He is a simple recolored Sky Stalker Micromaster from the U.S. release. This mold was also used as Metro Bomb for the Japanese release of Metrotitan. 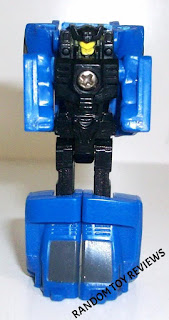 He's fairly plain and simple, just like a majority of Micromasters. Nothing really special here, other than the fact that he's pretty hard to come across these days.

Don't let the idea of Zone only having one animated episode make you think it's not worth watching.  In my opinion, this one lone episode offers some of the best animation I've seen in a Transformers series.  I love the story that has been set up and I really want to find a translated version of the stories continued in TV Magazine.  Plus the opening of this episode has a catchy theme song that I have a hard time getting out of my head.


Fun Fact:  Right towards the end of the episode during Dai Atlas' coronation ceremony, you can see Road Caesar, Grand Maximus and Landcross standing to Star Saber's right.  To his left are the three Cybertron Godmasters - Ranger, Road King and Lightfoot) as well as two Pretenders I'm told are Metalhawk and Lander!

All in all the C-350 release is only for the die hard Transformers collector.  After all you're getting a recolored Transformer toy and an old VHS cassette.  I ended up paying more for this than I originally had wanted to, but in the end I believe I got a good deal regardless.
at 4:31 PM