A return to Transformers Generation One?

Last week an interesting article was posted on TFormers.com.  While I normally wouldn't give much credence to anything posted on that site, I figured this was a topic worthy of talking about.

If you didn't see the story or if you didn't click on the above link, the deal is well known analyst and adviser (the Motley Fool) had suggested Hasbro to return to the G1 era.  They cited Hasbro's stock has been very high during the TF movie year, only to plummet after the movie.  Plummet may be too harsh, but you get the drift.  Motley Fool goes on to suggest a new animated cartoon series to help sell a new toy line.

I'm sure a lot of fans immediately jumped for joy when they say this article and thought about the possibilities.  Given as much talent there is out there these days I'd love to see what Hasbro could come up.  I'm sure the staff at IDW could be recruited to help craft and tell a story, much like Marvel did back in the 80's.  As far as toys go would fans want new G1 style "brick" figures?  In this day of articulated figures, would fans buy and support toys that are blocky and non-articulated?  Before you say no let me point out Fans Project's latest original creation, the Glacialbots. 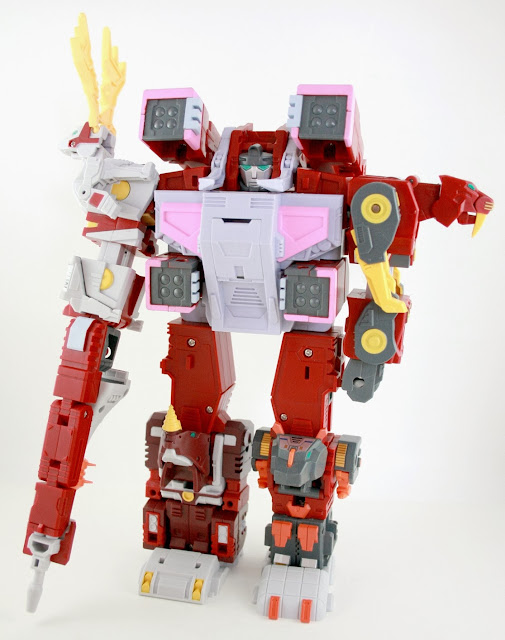 Fans Project has crafted a new Scramble City type combiner that to me combines the best of both worlds.  What I mean by that is the Glacialbots retained the blocky look and feel of G1, while adding just the right amount of modern technology.  Think about all of the G1 characters (whether they be from the old Sunbow animation or IDW/Marvel comics) that never had toys.  Could you imagine a retro G1 style Devcon, Orion Pax, Ariel, or any of the fembots.  It's been suggested that Hasbro could throw out the whole Rebirth story and create a new story that bridges the US and Japanese G1 continuities.