Correct me if I'm wrong, but I think this Targetmaster was one of the first new Mini-Con / Micon figures released.  Originally Nightstick, partner of Transformers Universe Cyclonus, Vector Oracle was released in Japan in February of this year.  Limited to just 3,000 pieces the toy was given away free to any customer that bought over 3,000 yen worth of Transformers product from Toys 'R Us Japan. 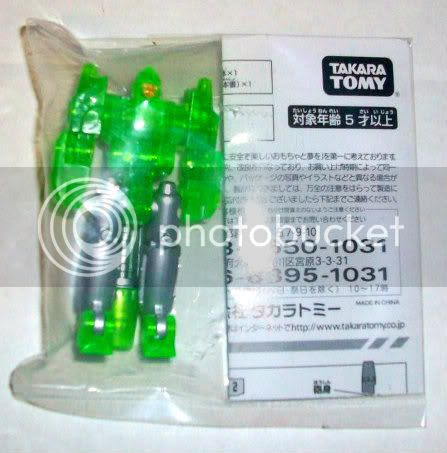 I'm all for Hasbro and Takara getting their monies worth out of a mold, but man have they ever used this little mold a lot.  I count this mold being used 7 other times!  Yes, 7 times (Universe, Reveal the Shield, Challenge at Cybertron, Transformers Collector's Club Shattered Glass, Henkei!, Henkei! Strafe and e-Hobby exclusive. 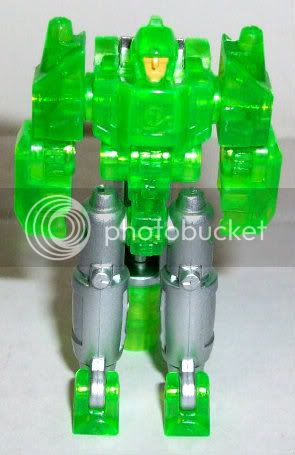 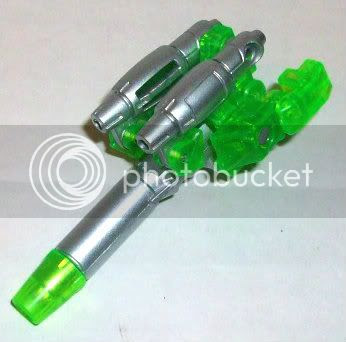 I'm glad they chose such a good mold to release so many times.  This mold has to have some of hte best articulation for a Mini-Con / Micron toy.  I'm not sure where the inspiration came from for Vector Oracle's colors, but it oddly works well.  This was the first toy that kicked off the various Campaign Microns and one of the best.
at 11:53 AM