Many many years ago the Italian toy company, GiG, held a license to sell Diaclone and Micro Change toys in their native country of Italy. A few years later Hasbro of course started marketing many of these same toys under the Transformers brand name. It was around this time that GiG rebranded the toys they were selling as 'Trasformers'. If you've been a part of the Transformers collecting community you've probably seen some of these packaged items.

Take for instance this early version of Sunstreaker I picked up a few years ago. You can see the Diaclone influenced design for the packaging, yet the 'Trasformer' branding. GiG would continue this practice until they were awarded a proper Transformers license.

In my quest to expand my own knowledge of all things Transformers, especially Generation One related, I've begun to look outside my normal collecting scope of toys. This has led me to finding interesting foreign toy catalogs, retailer's plan-o-gram sheets and old advertisements. Recently I had the opportunity to purchase a lot of old GiG Transformer ads and I quickly reacted. I had not seen many of these myself so I knew this would make a good blog post. These ads are small, each measuring approximately 7 1/2" by 5 1/2". They are best described as the size of an old Archie Digest comic.

The one thing I ask is that you don't share these images...or at least claim the images as your own. I didn't take the time to add my normal "watermark" so if you share or use these images, I ask that you please give me / this blog the proper credit.

Now that I have that out of the way, enjoy these scans. Some of them are from the Diaclone era while others are from G1. A few towards the end aren't Transformers related, but still worth sharing. 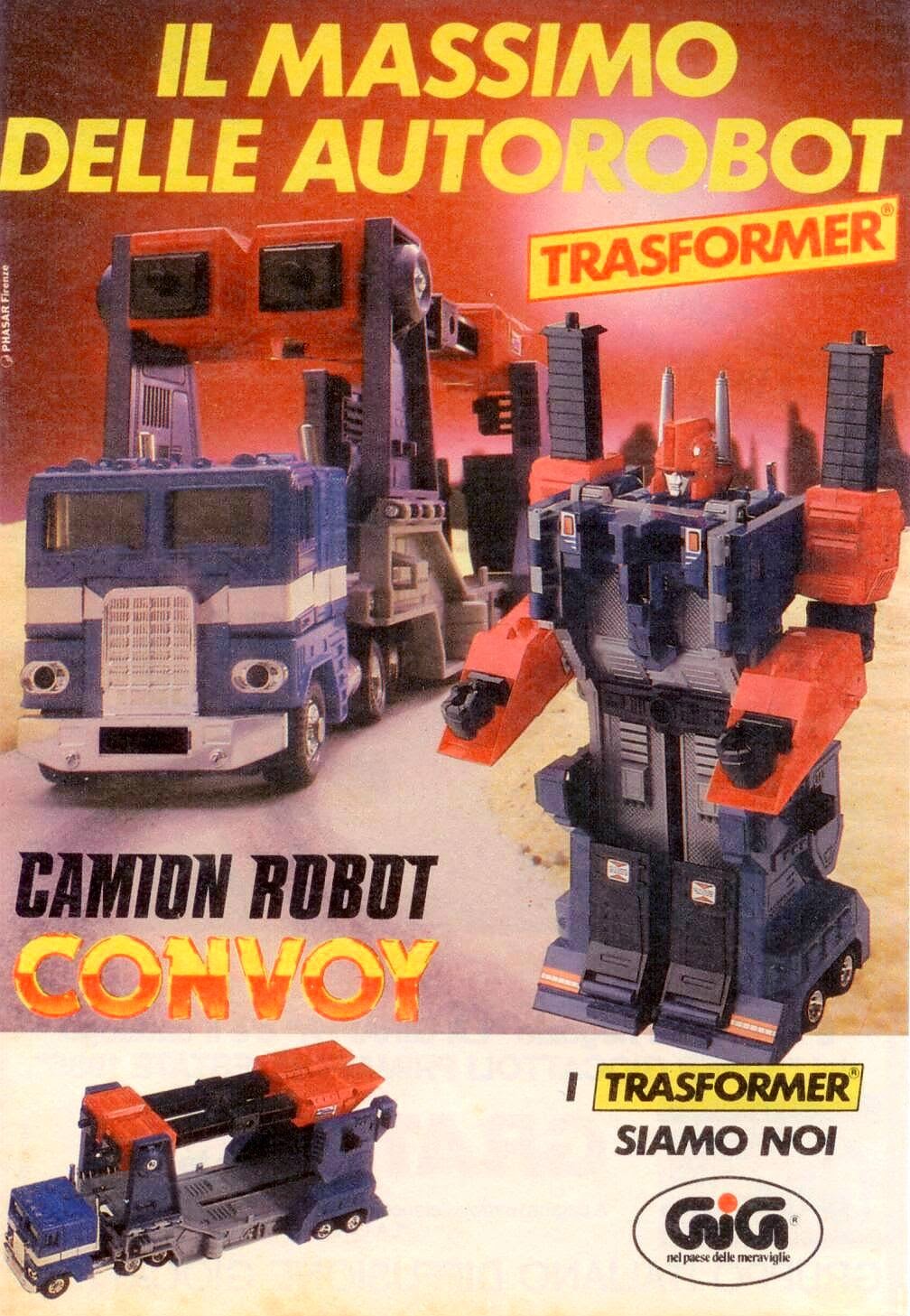 One of my favorite ads in the lot, this is obviously Powered Convoy from the Diaclone days. I never cared for this toy in general, but I love this color scheme much more than Ultra Magnus'. 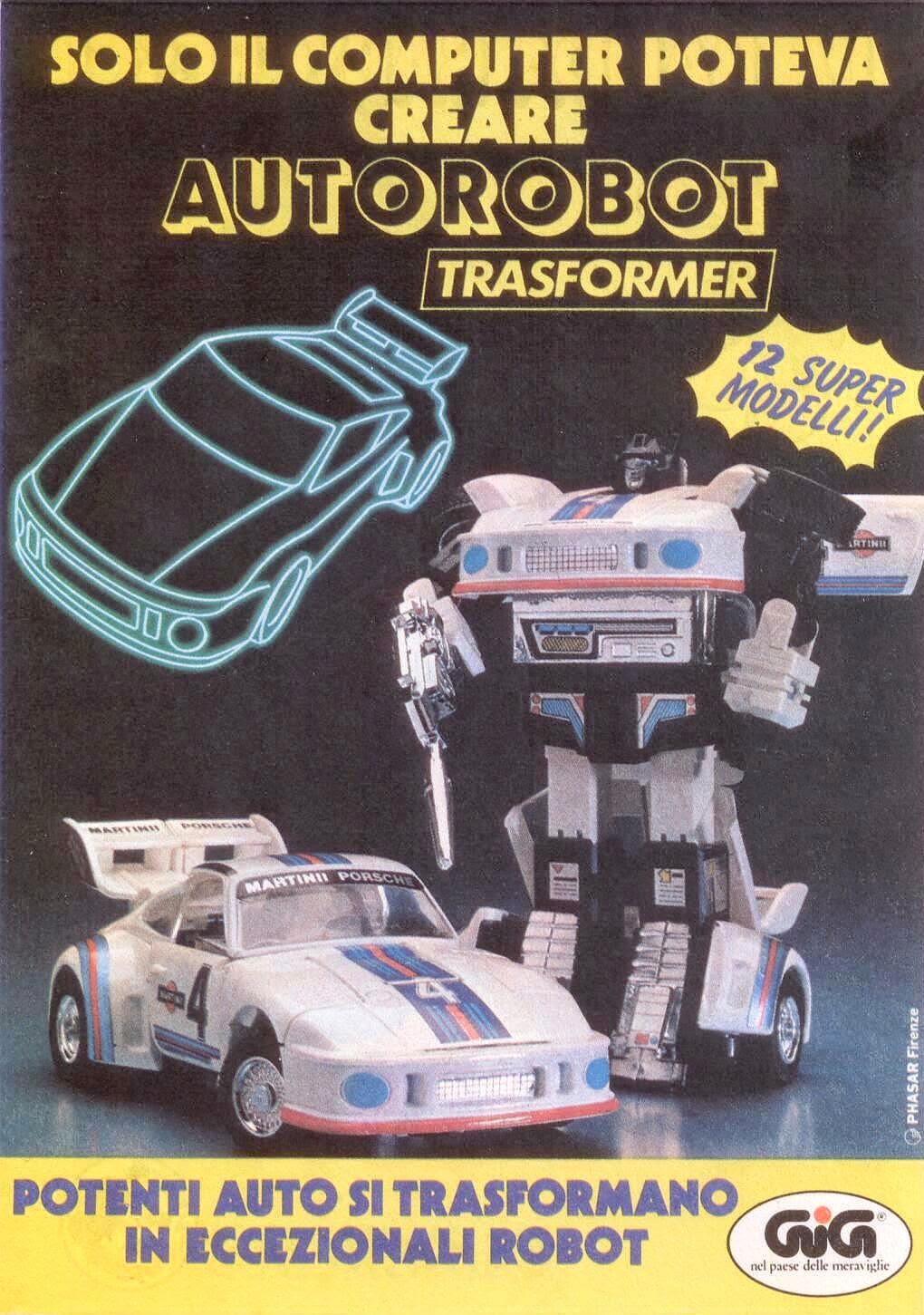 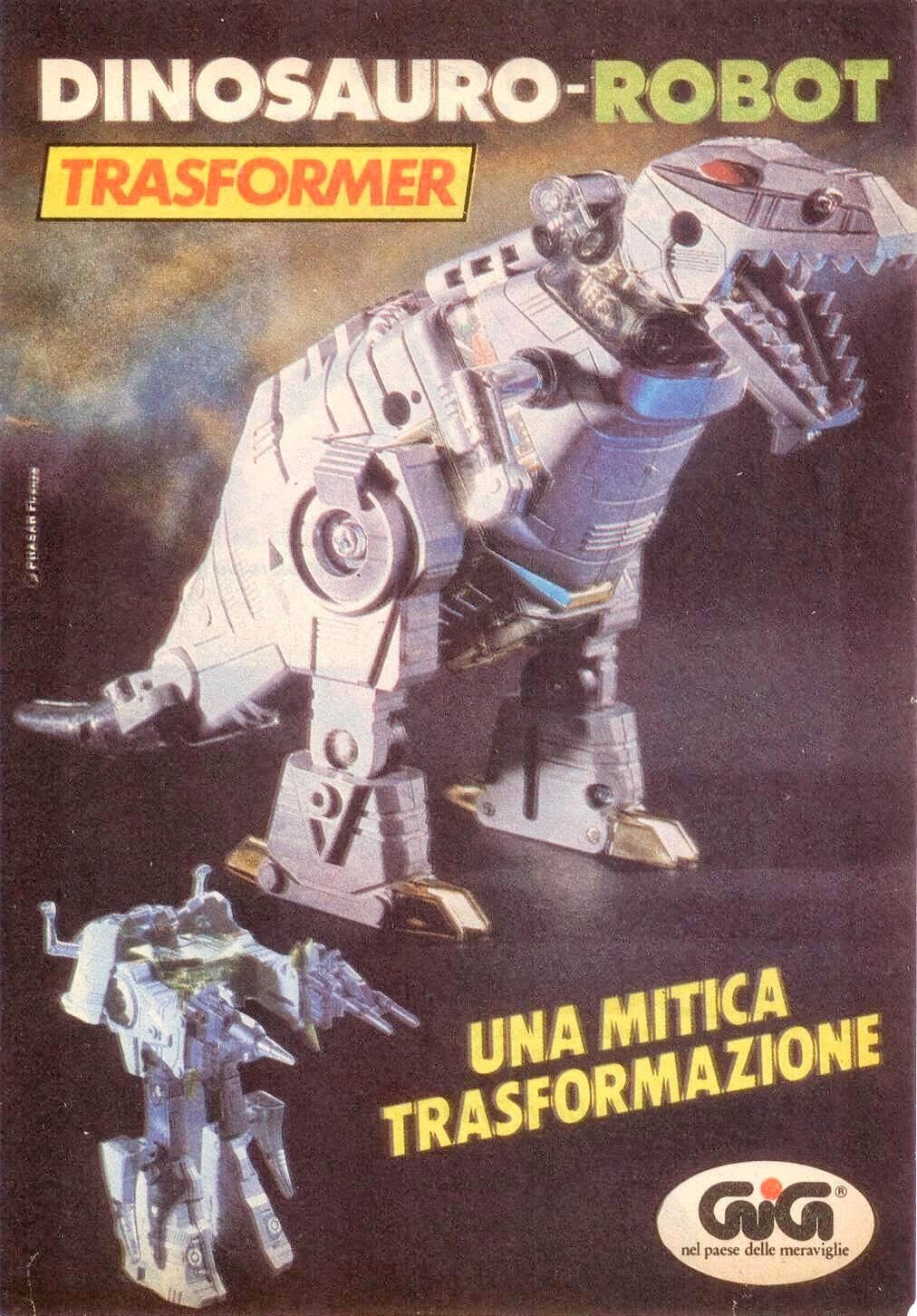 I believe both the Jazz and Grimlock ads hail from the pre-Transformers time period. 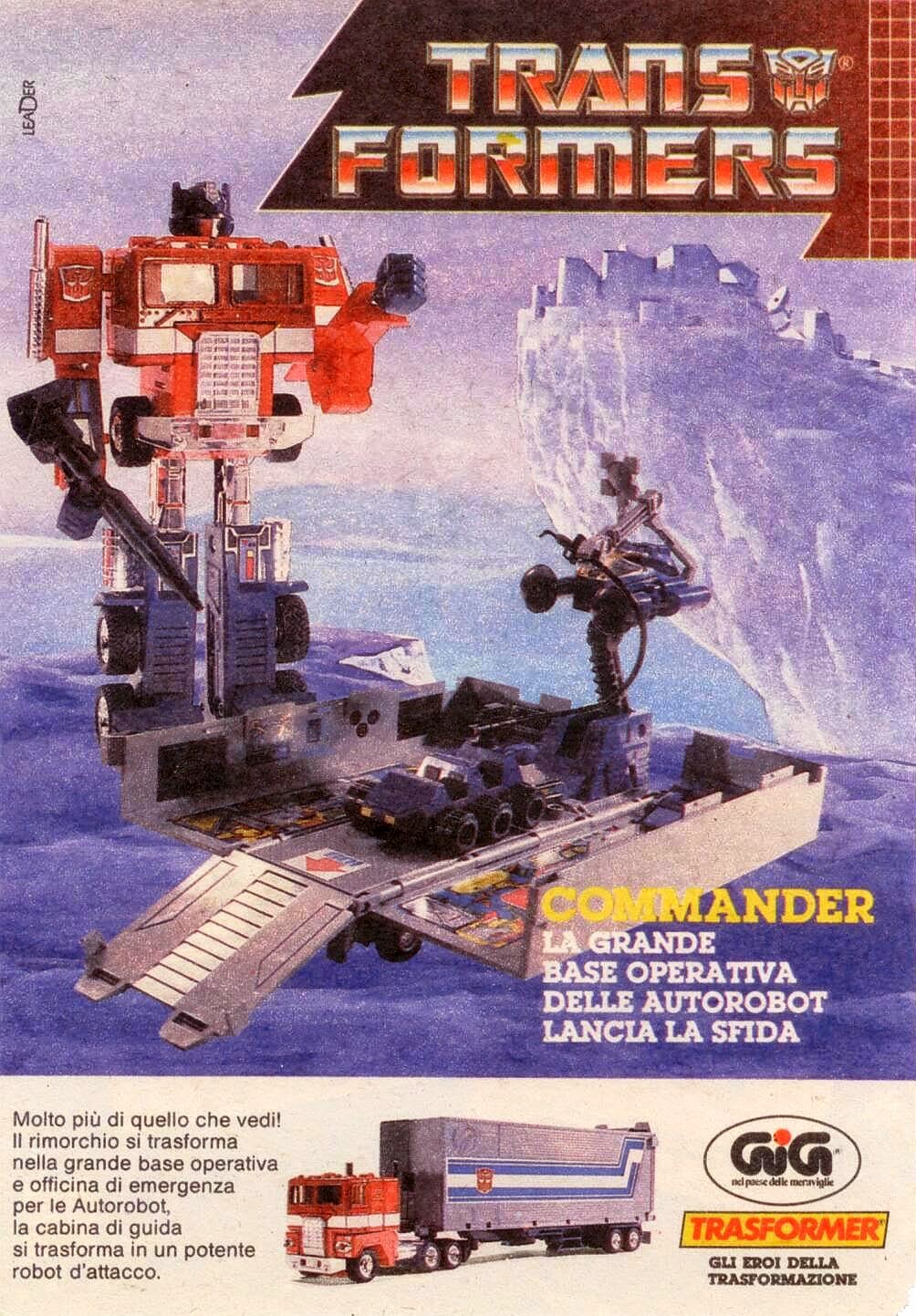 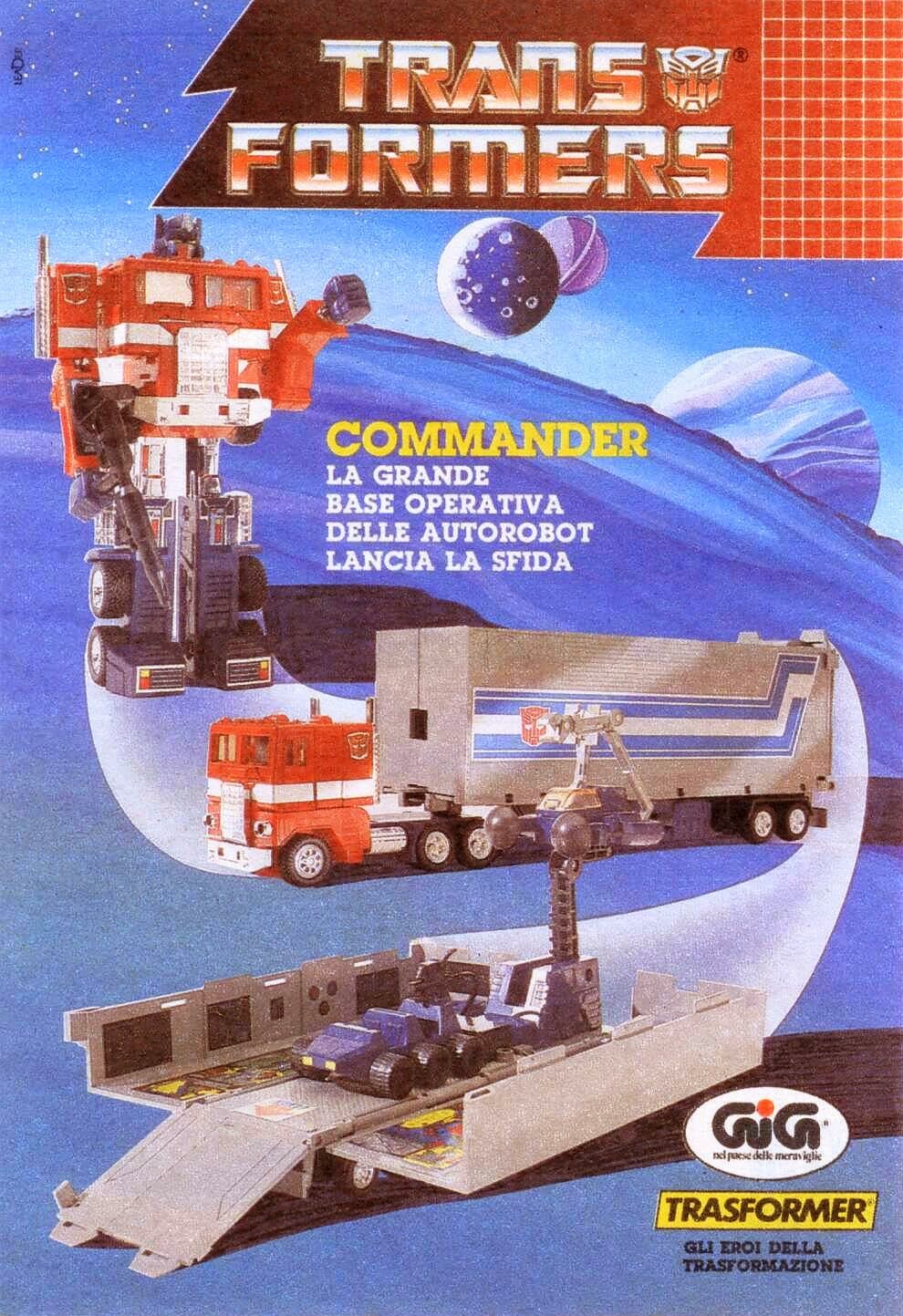 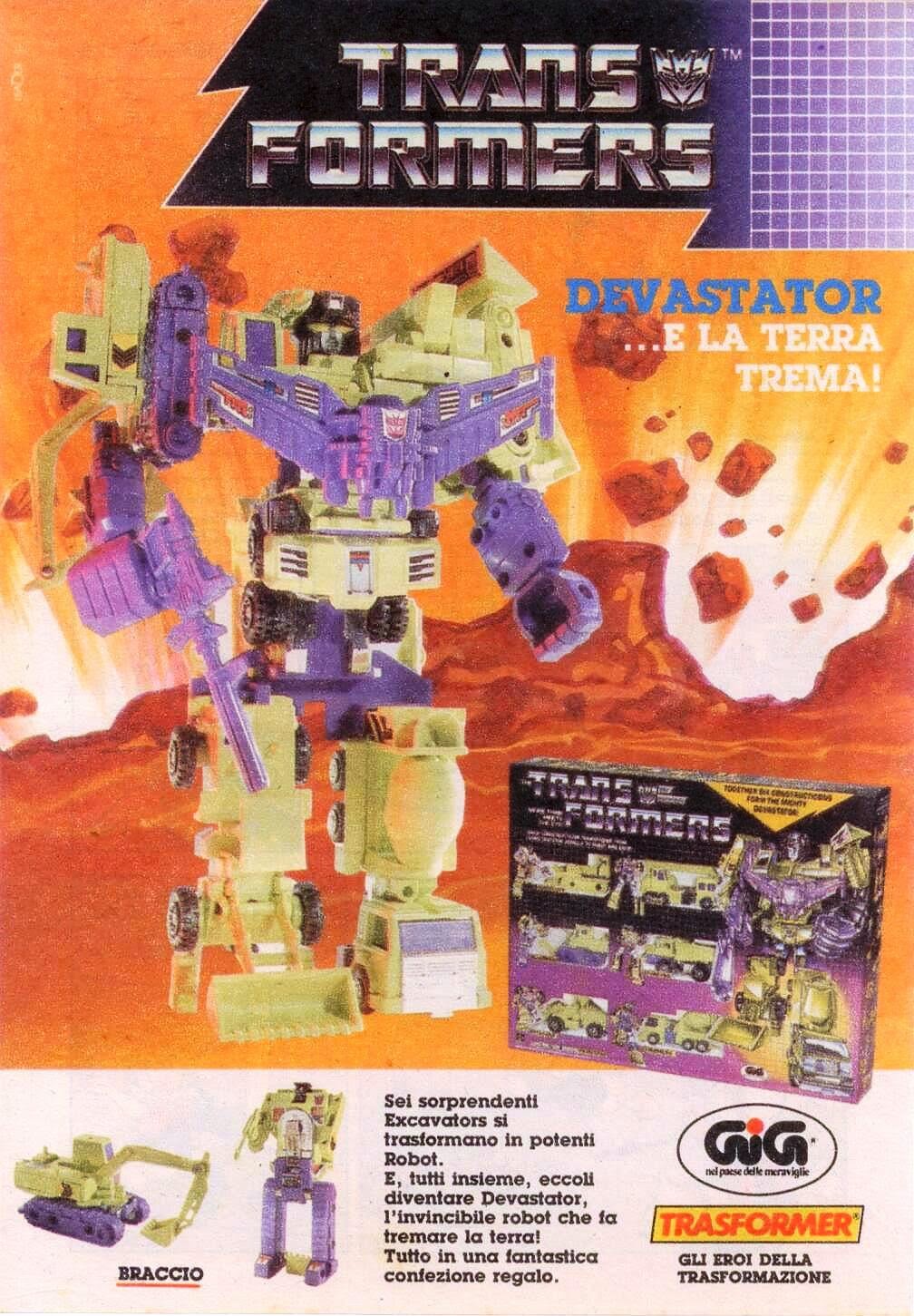 Note: Scavenger's name was changed to Braccio. GiG changed the names for many of the G1 toys for some reason. 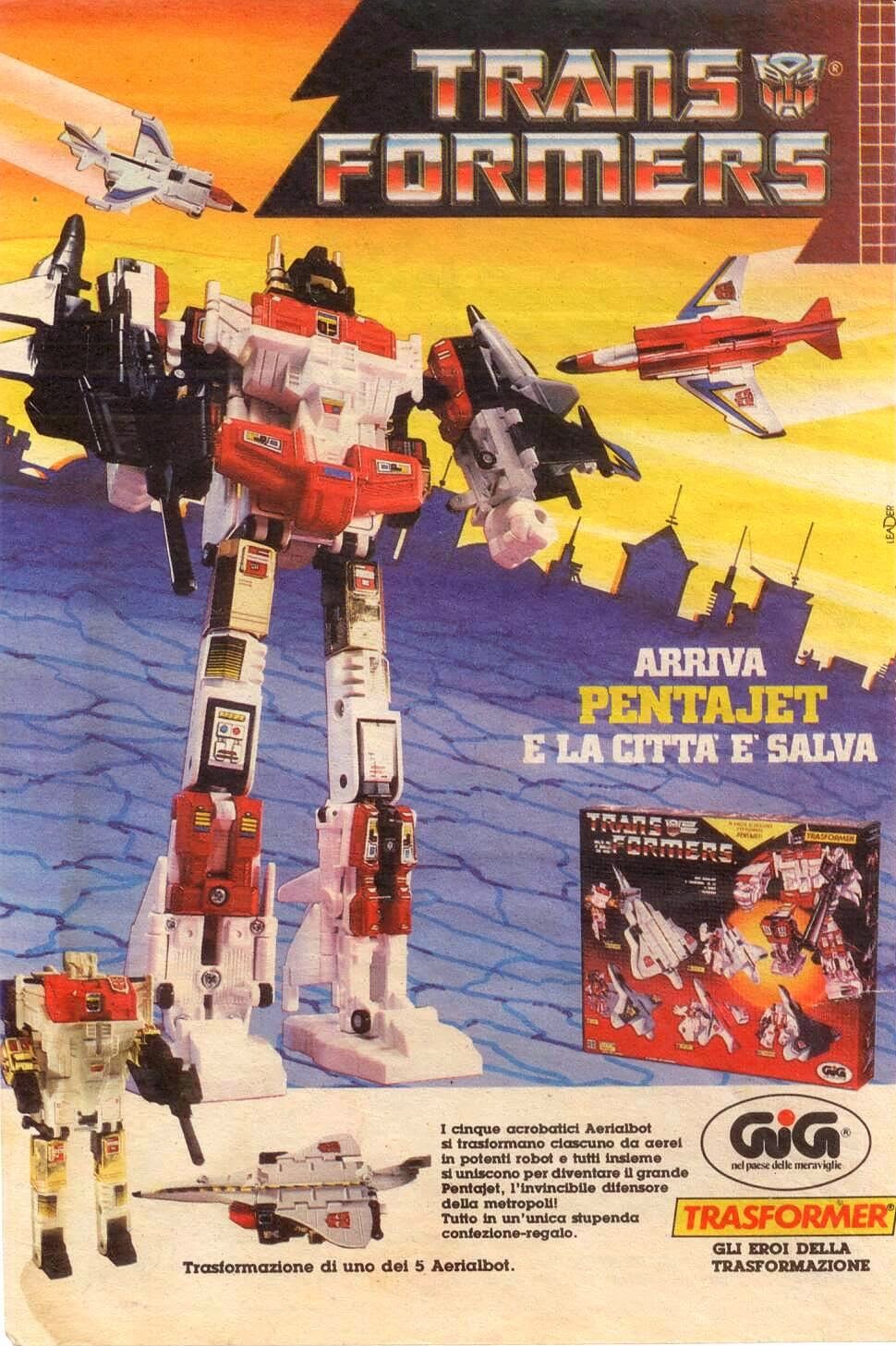 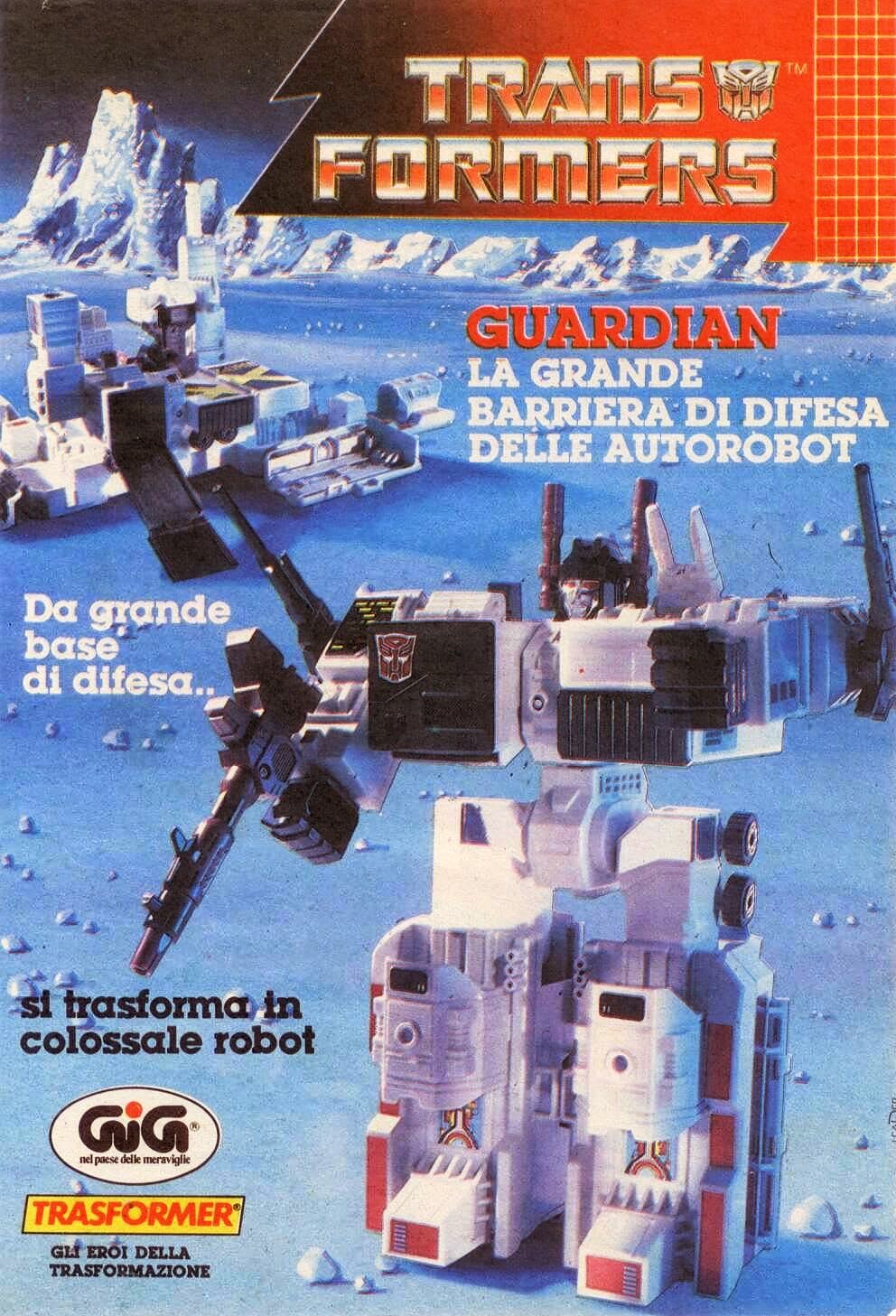 Guardian or Metroplex. Which name do you prefer? 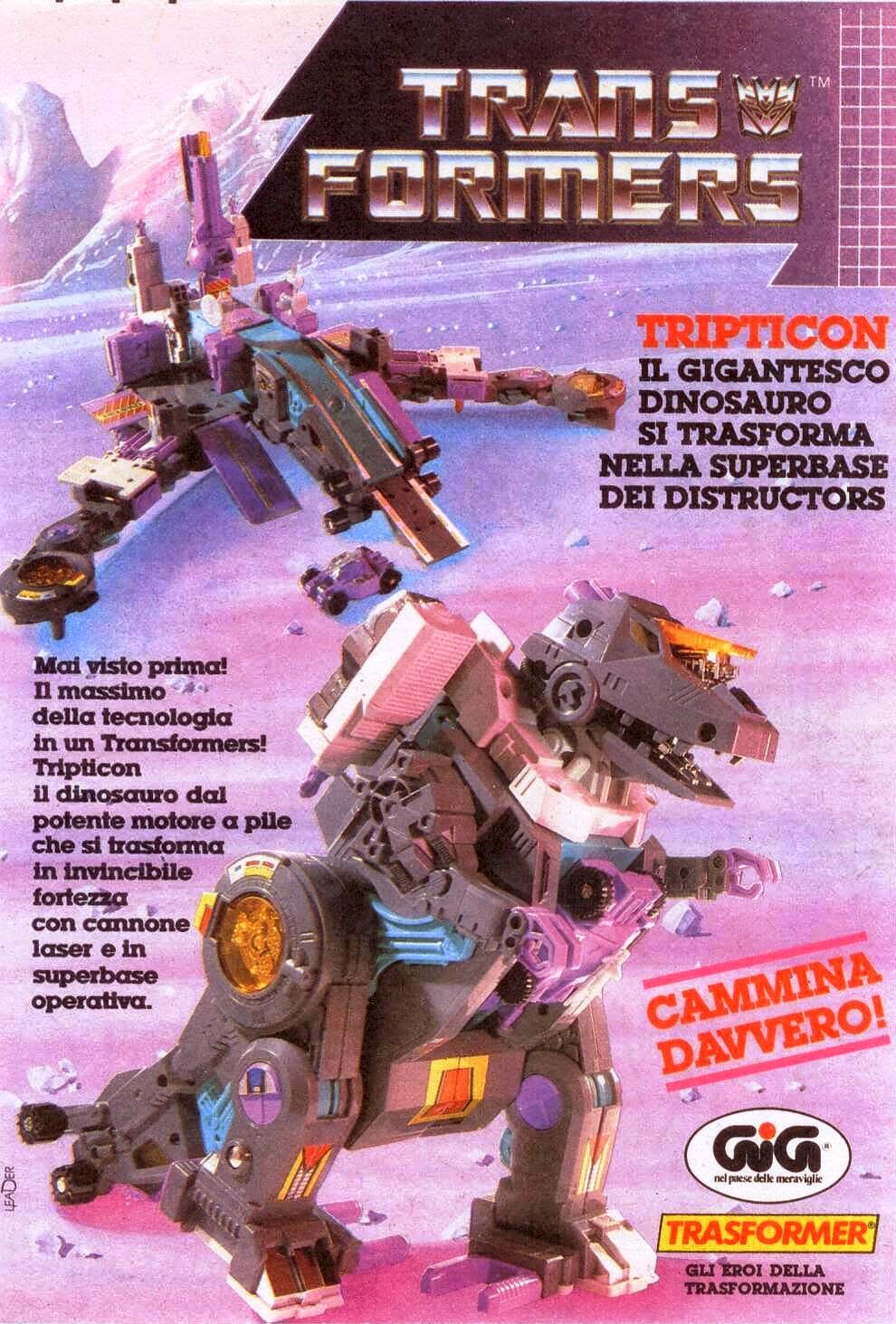 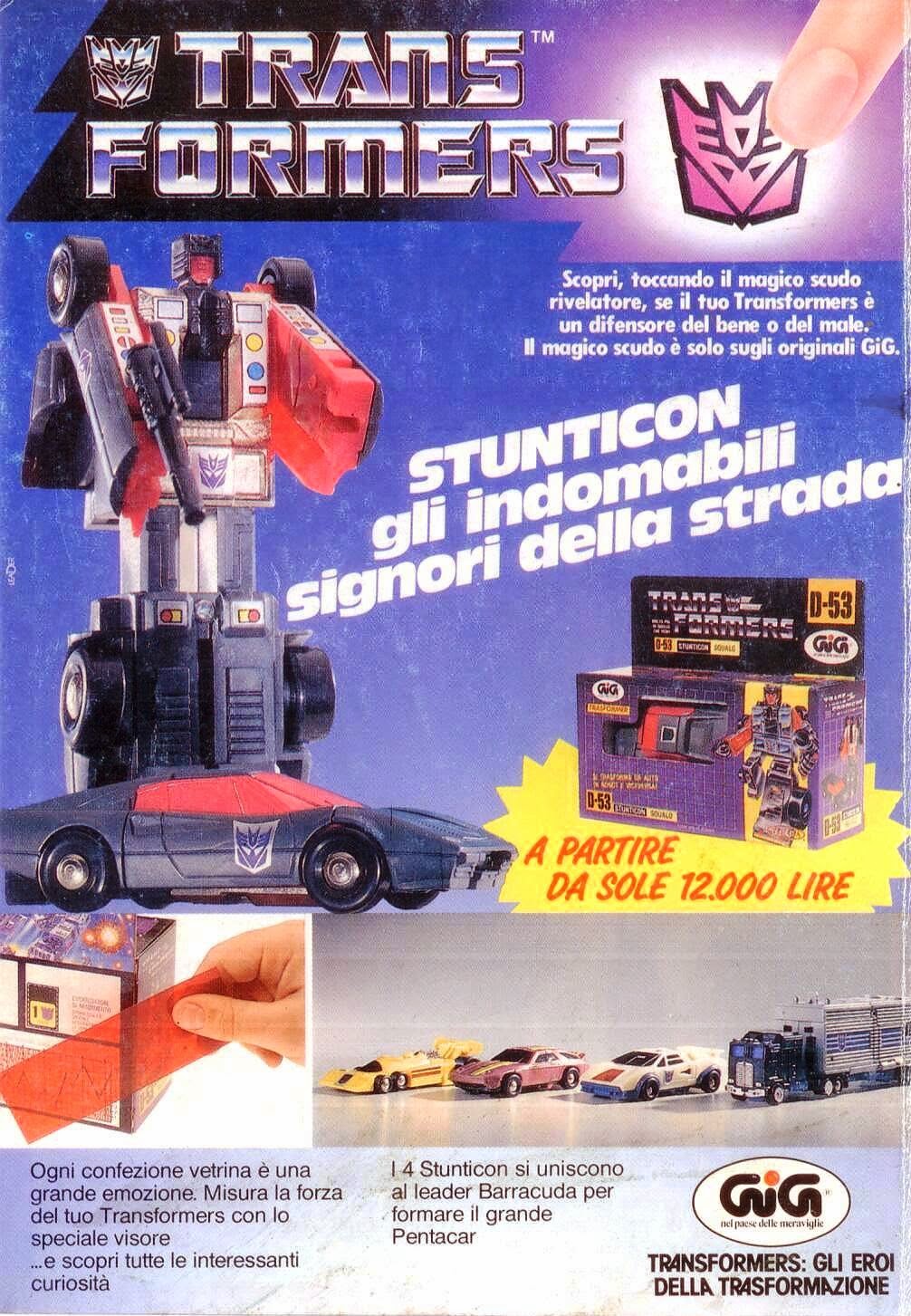 I myself loved how many of the GiG packaged toys mimicked Takara's packaging. 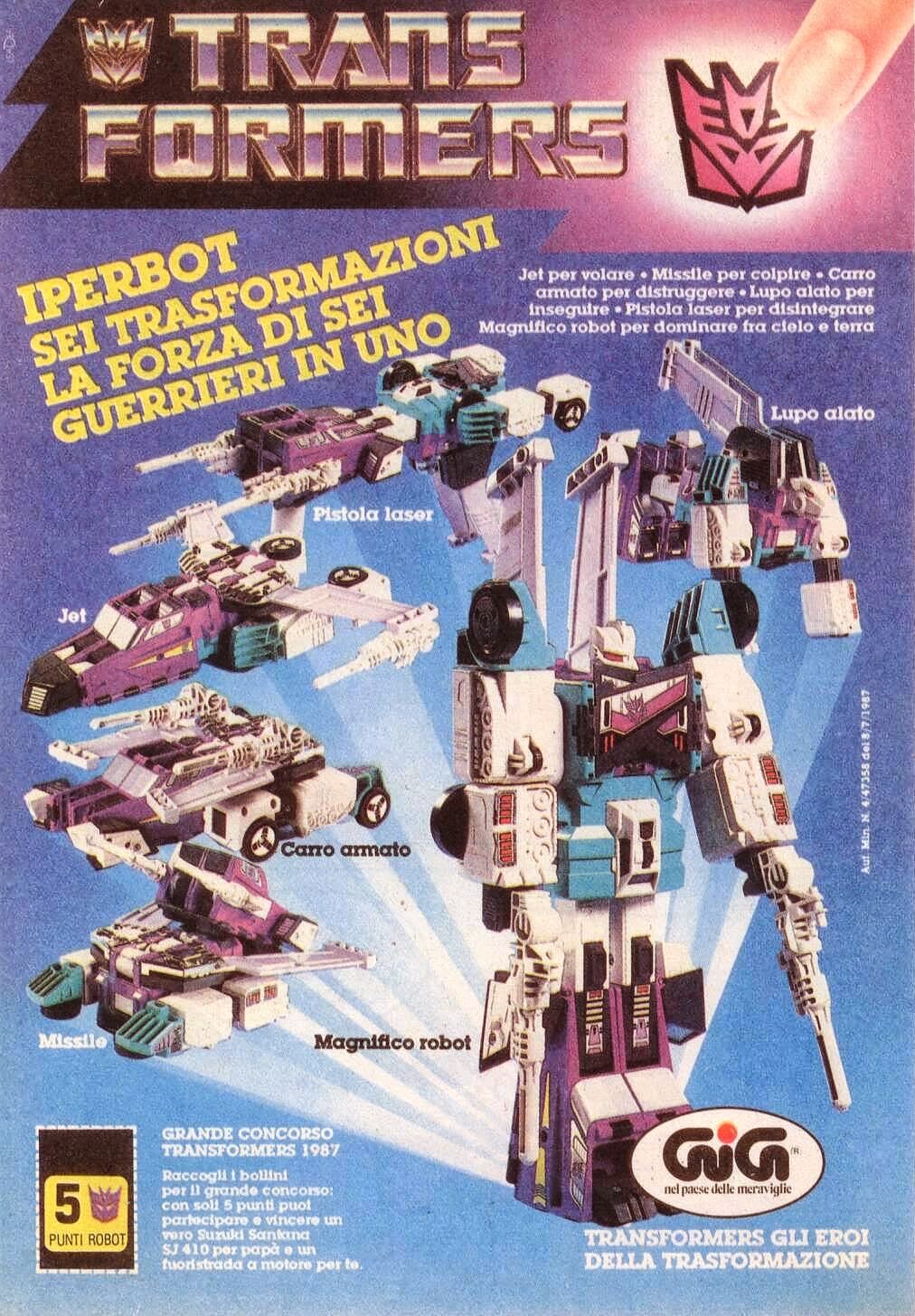 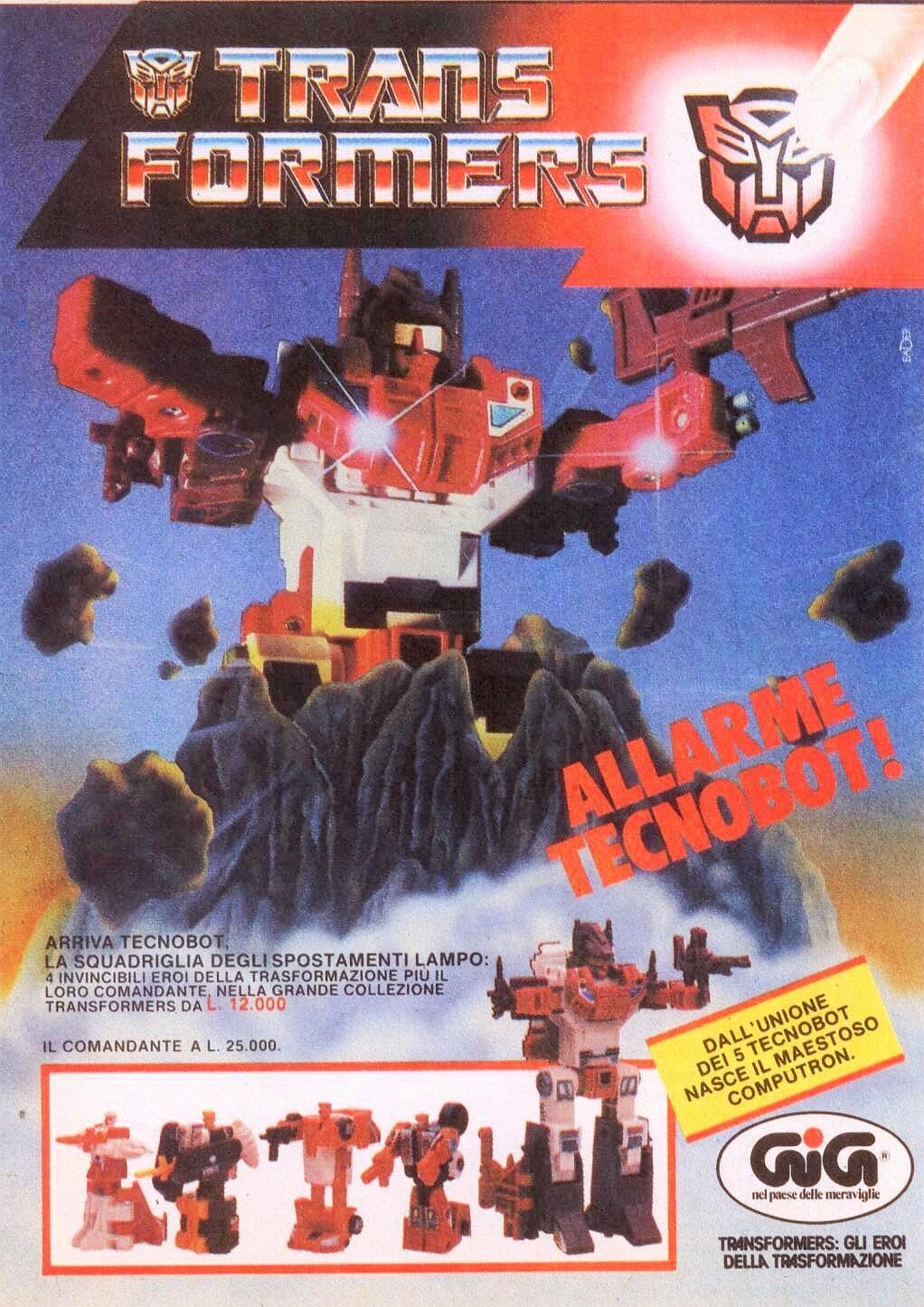 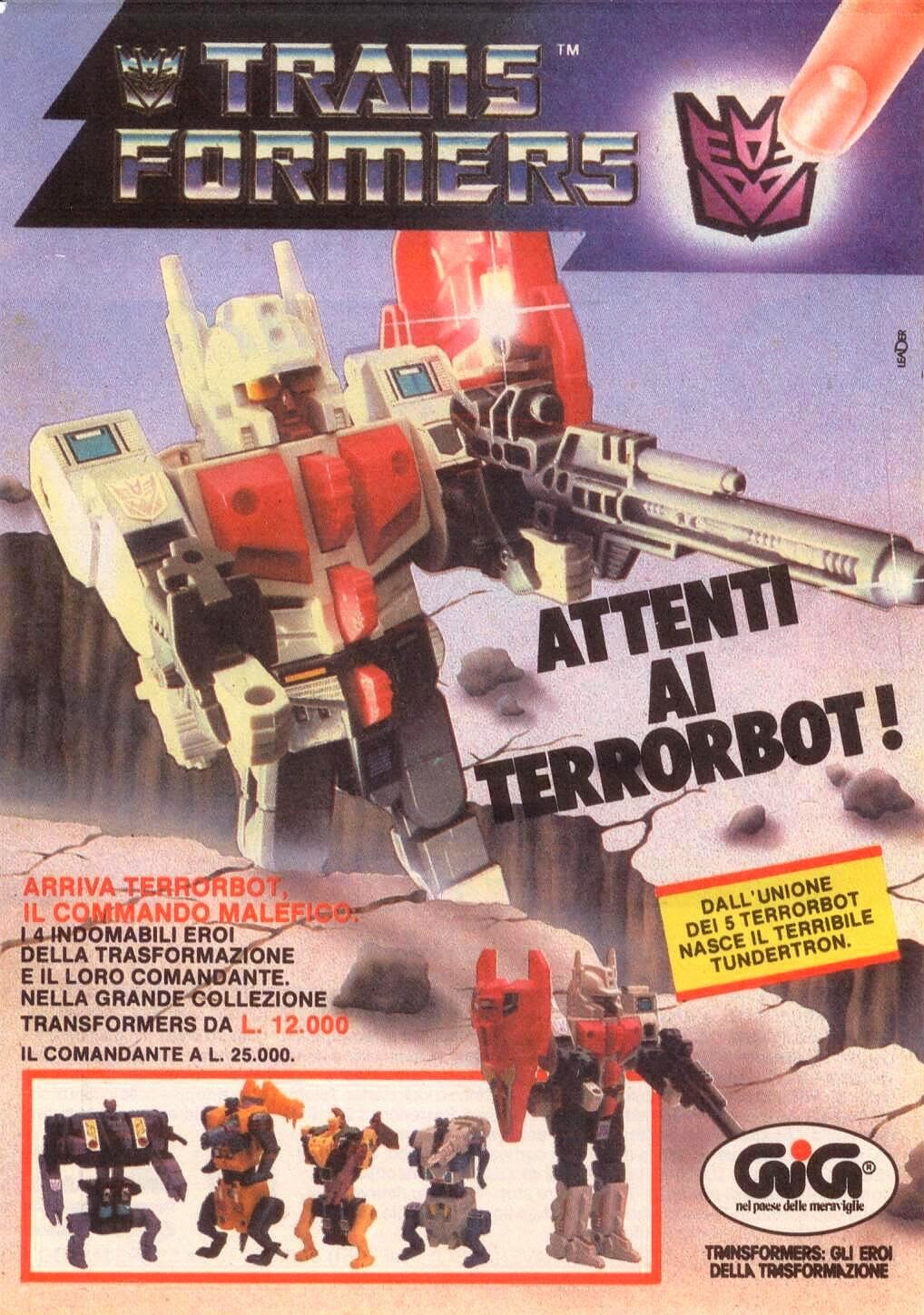 Someone please explain to me why Scattorshot and Hun-Grrr are wearing their respective gestalt heads. 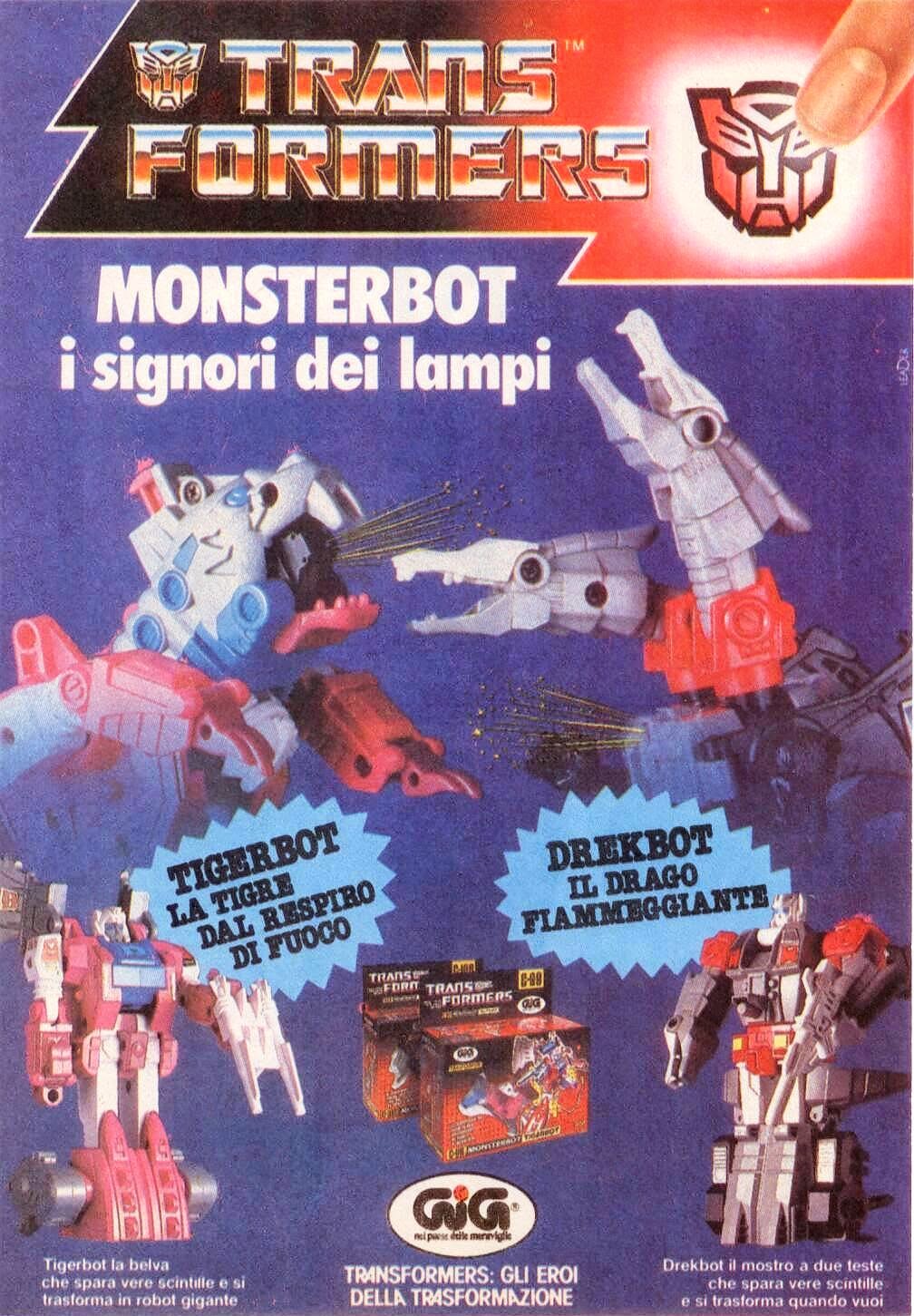 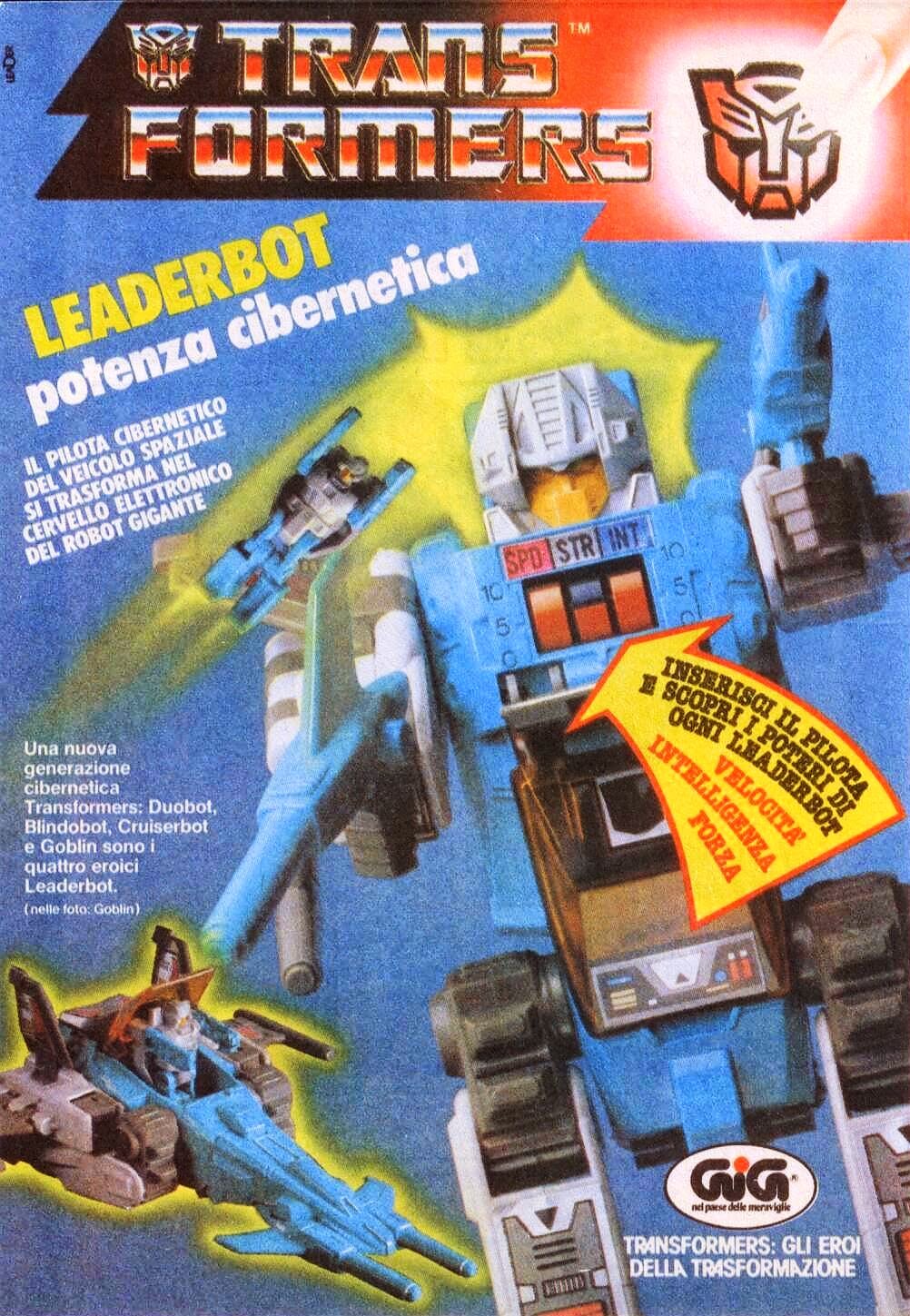 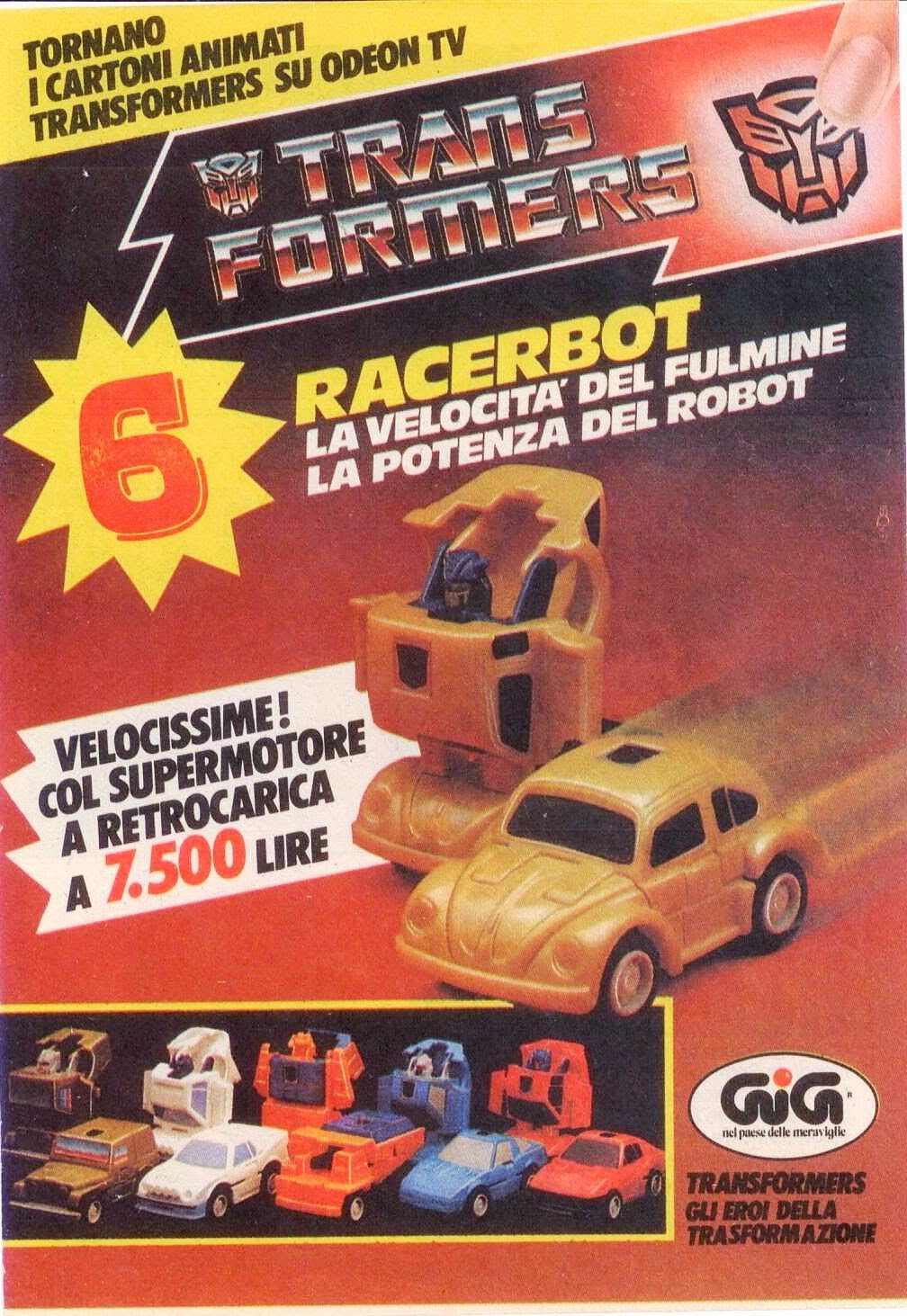 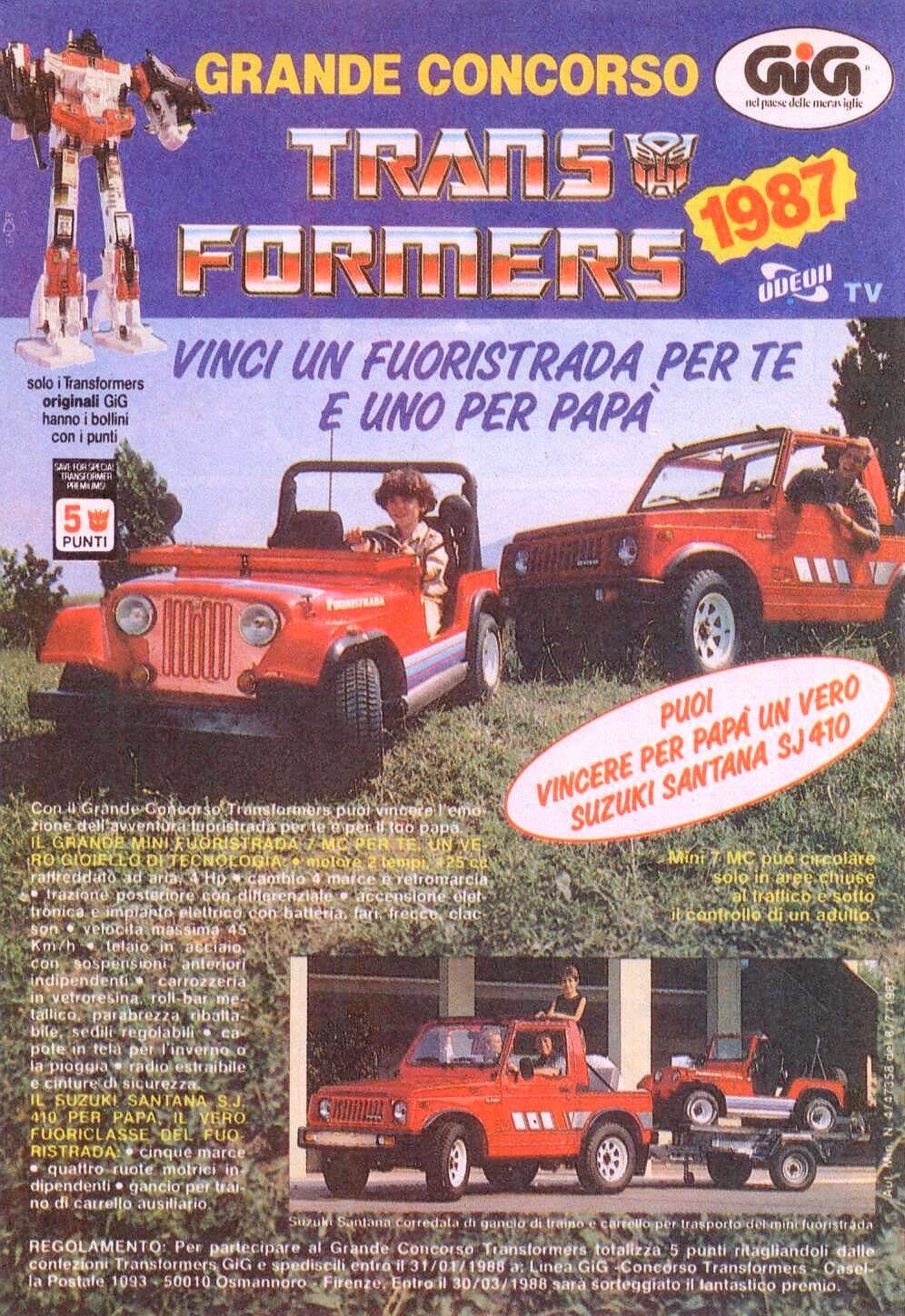 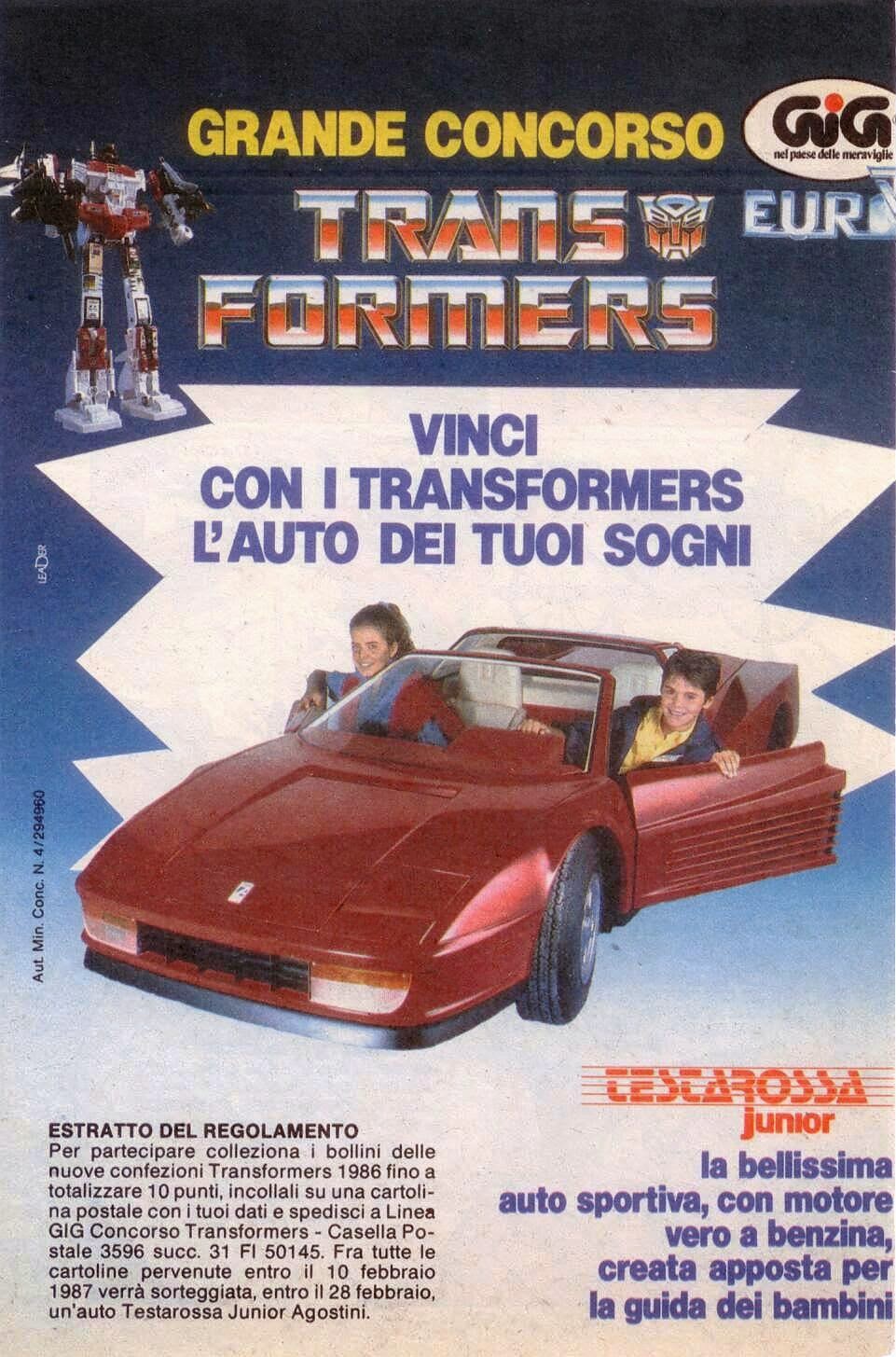 Apparently there was some sort of contest held in Italy circa 1987 where kids could win their very own "Power Wheels" Jeep or Ferarri Testarossa.

GiG released more than just Transformers toys under their Trasformer banner. Some of these toys were manufactured by Mark, such as the casino slot machine, pinball machine and cash register. Bandai's Metal Joe series also saw release / distribution by GiG. 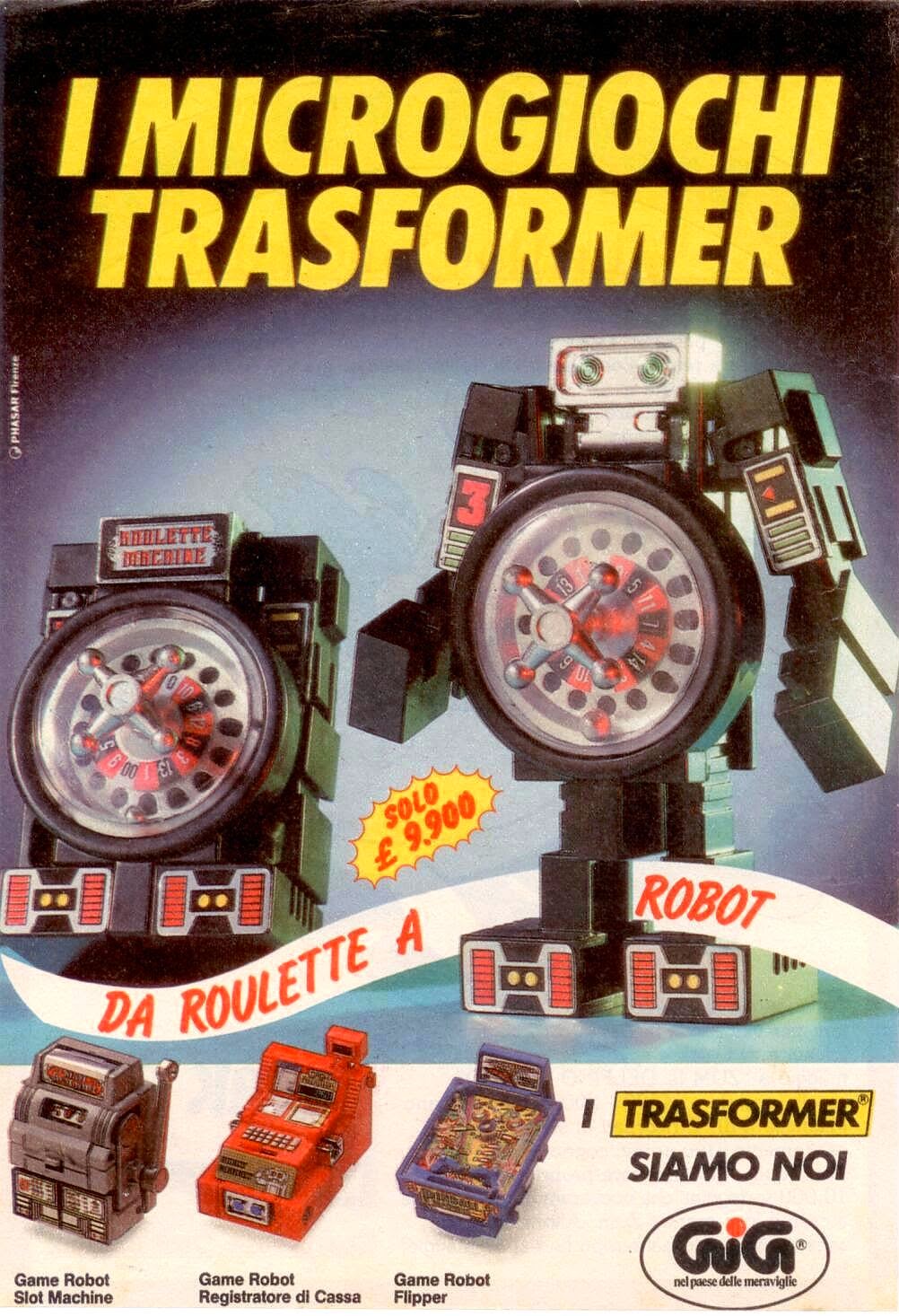 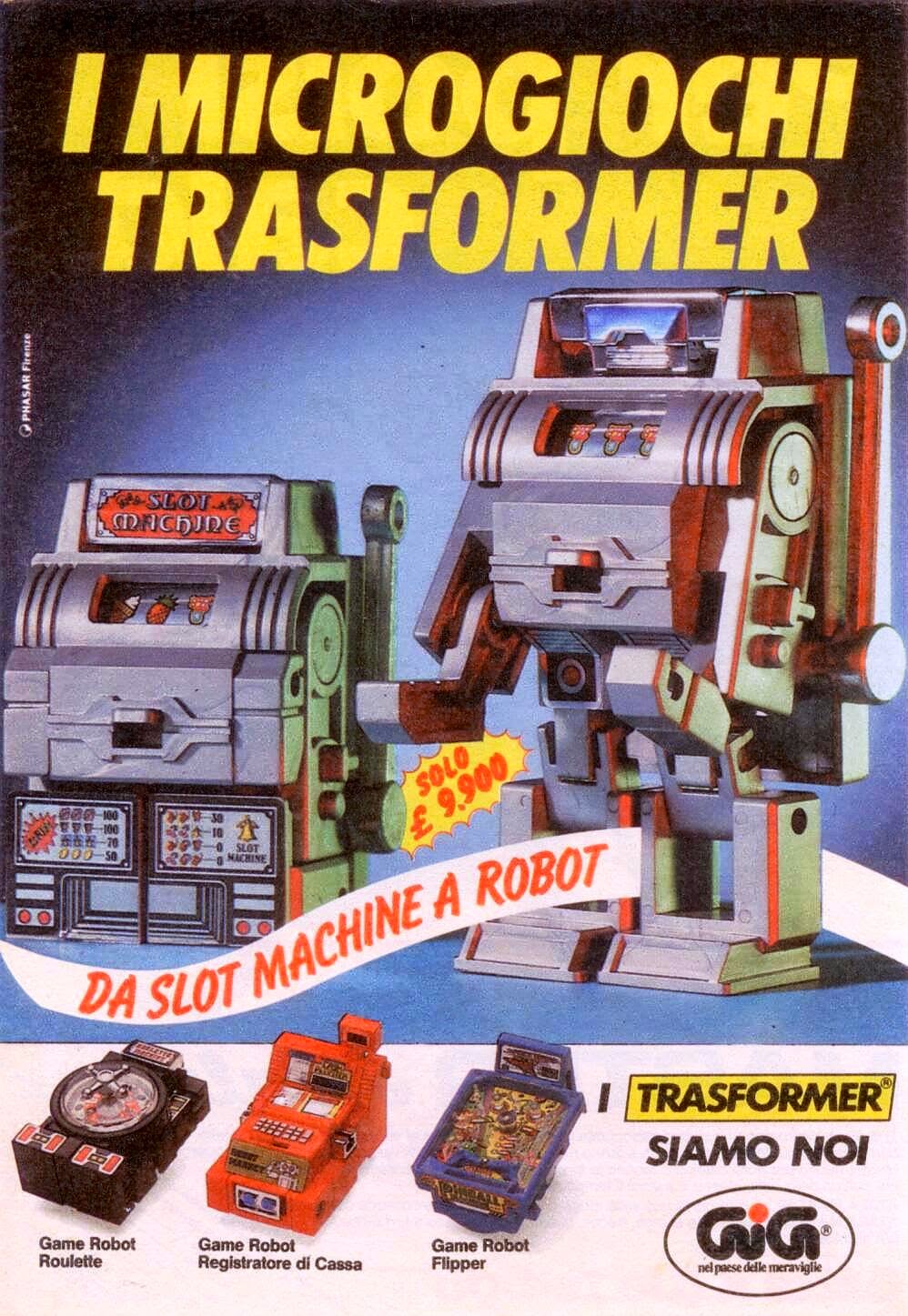 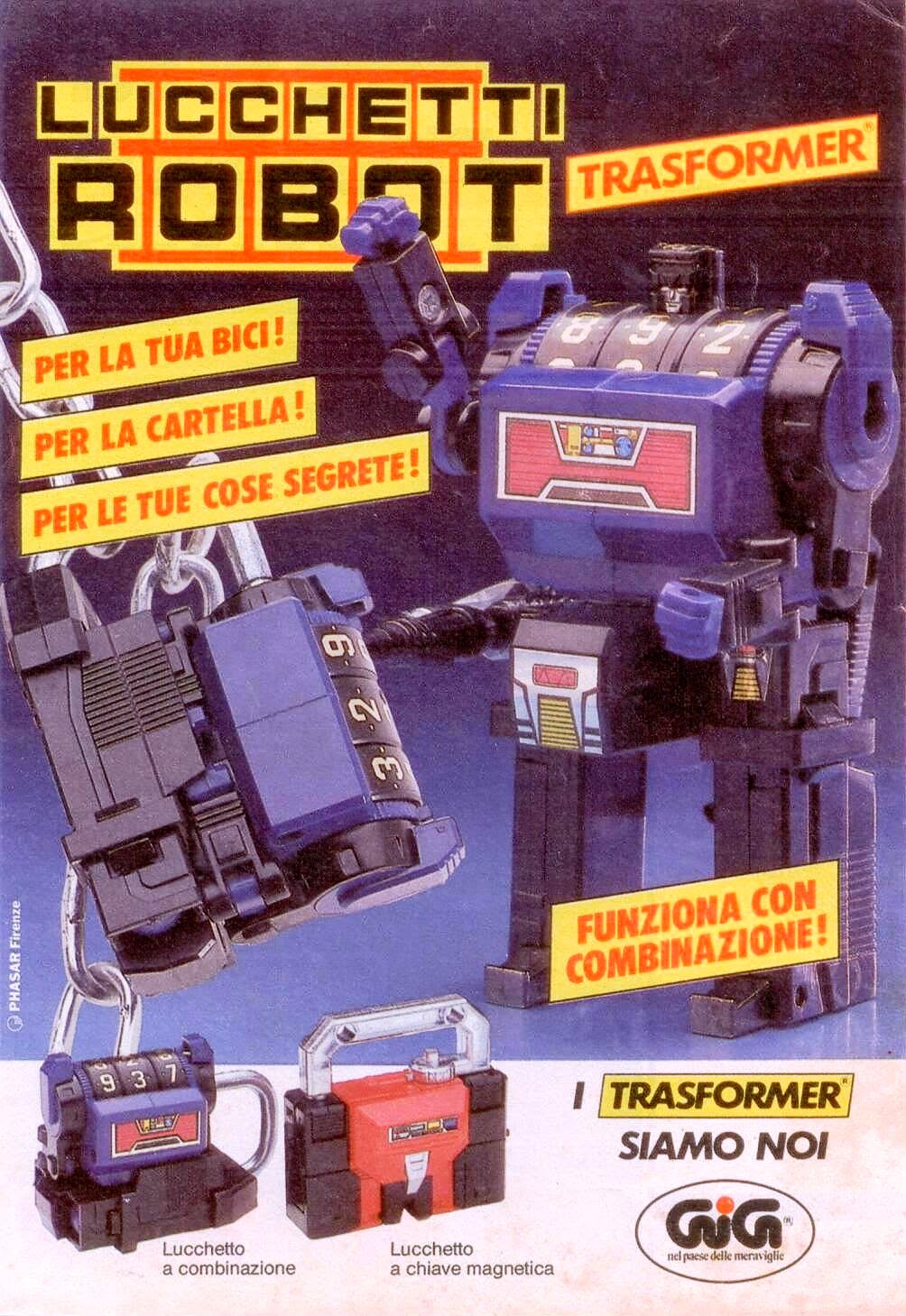 With so many fans of Transformers (and transforming robot toys in general) it's much harder to find and afford things now than just 5-10 years ago. While I'll never give up hunting for those few vintage TFs and the likes that I want, hunting non toy items has been easier on the wallet and just as much fun. I hope you enjoyed these old advertisement images. I'll be on the look out for more in the near future.