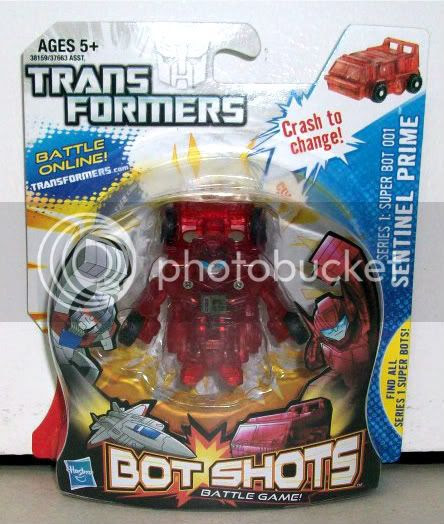 When Hasbro first launched their Bot Shots line I wasn't sure what to think...so I bought everything in the first wave.  The Super Bots were meant to be a "chase" figure, meaning they were packaged less frequently as their case mates.  Turns out these so called chase figures weren't that hard to find, but at the time I didn't know that.  Even though this figure is Sentinel Prime from the Dark of the Moon movie, I bought him anyway *sigh*. 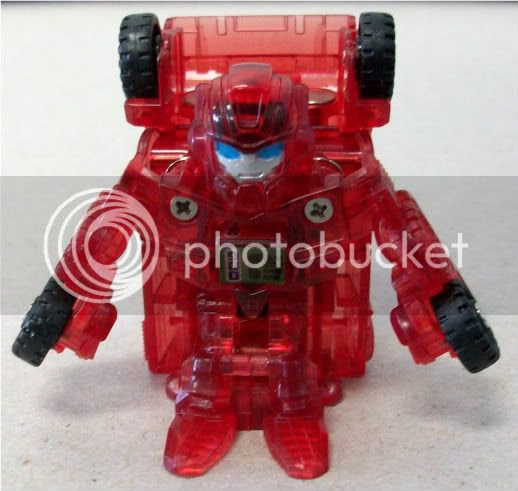 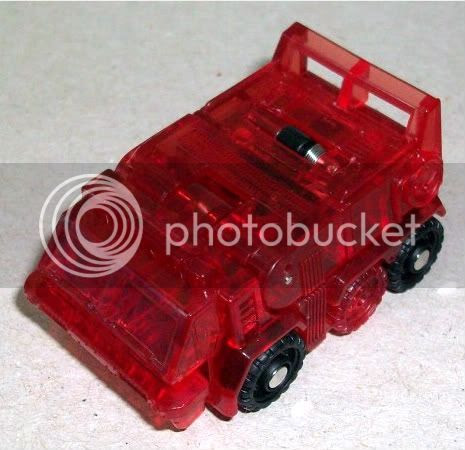 Sentinel Prime comes from the first wave of Bot Shots so his crash/transformation feels very familiar.  Push in the front of the vehicle and out pops the arms and feet.  All of the Super Bots are cast in translucent plastic giving them a distinct look, but their power rankings don't seem any more elevated versus regular releases.

My guess is Hasbro did the Super Bots to make the line more collectible because I see no advantages of using a Super Bot in the actual game.  This little guy (and a few others I have) are going to be given away at Charticon later this summer as we plan to have open tables for kids to have a pick up game of Bot Shots.
at 12:42 PM