Masters of the Universe Classics: Mer-Man

Ah, Mer-Man.  That green garbled talking, uh, merman that served Skeletor.  Of all of Skeletor's evil henchmen this guy just didn't look too menacing.  I mean you have Beast Man, Trap Jaw, Clawful, Whiplash, Two-Bad...and then this guy.

I do have to say that I much prefer his updated look.  The Classics figure does a good job melding the original design together with the Four Horsemen design.  Mer-Man comes packaged with 3 accessories - his trident, sword and an alternate head.  Pictured here is the head sculpt based on the 200X design. 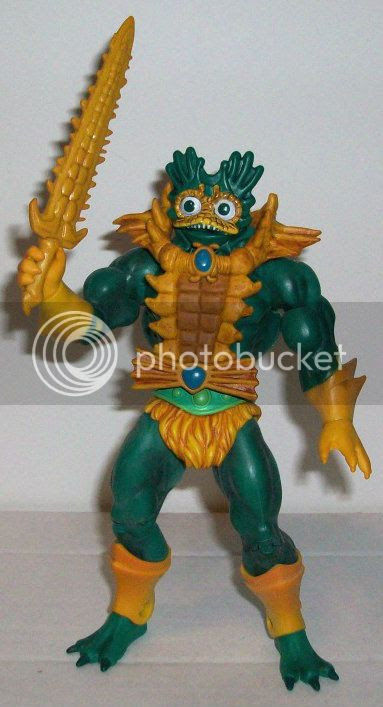 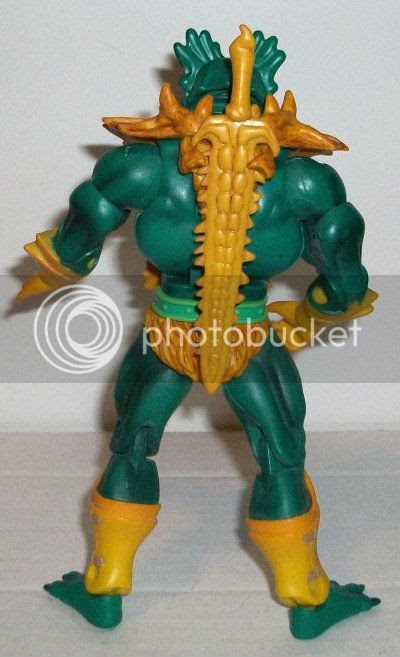 Both his trident and sword are based on the same accessories the vintage figure came with.  Mer-Man's removable chest armor can hold his sword on his back.  I love it when action figures can hold the included accessories...cuts down on the possible lost piece down the road.

This figure looks great.  The green and yellow compliment one another nicely.  My only issue with this figure are the ankles.  I've had this guy displayed since he was originally released in April of 2009.  I noticed as I was getting ready to find Mer-Man a new home that his ankles now are horribly loose.  This effects his pose ability to some degree and how well he can stand up under his own power.  The ankle joints aren't so loose that he can't stand at all, but they are considerably looser now than they were right out of the packaging.  How this happened beats me. 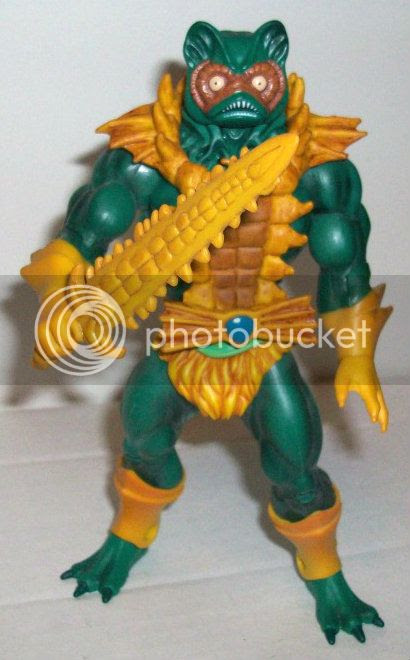 One trend that MattyCollector started was the inclusion of an alternate head.  I really like this as it gives "newer" fans and collectors like myself the preferred modern look; while not completely alienating long time vintage collectors.  When I see the original head all I can picture is Stinkor.  Yeah, love the new head soooo much better.
at 3:31 PM

Email ThisBlogThis!Share to TwitterShare to FacebookShare to Pinterest
Labels: Masters of the Universe, Mer-Man