When people discovered the blind packaged Boosters in TakaraTomy's Beast Saga line would consist of translucent figures, a lot of fans weren't happy.  I think part of the reason is there wasn't any solid information solicited about the Boosters and some people bought a case...only to end up with a lot of duplicates and (in some cases) figures they just didn't care about.

I was on the fence.  If I'm going to drop $6-8 on a single figure I'd rather have a new unique character...at least that's what I thought.  Once I had Moriku in my hands I fell in love with that little bat.  I knew I wanted his Booster figure.  I sought one out for just about the same price I paid for the regular figure.  Then I stumbled across two others from the same seller. 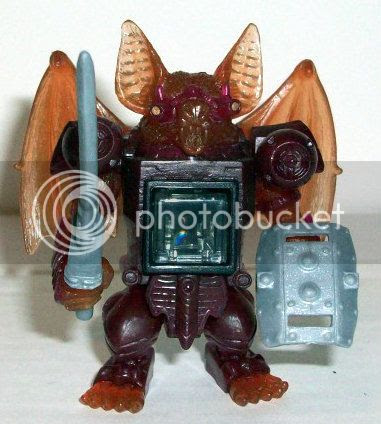 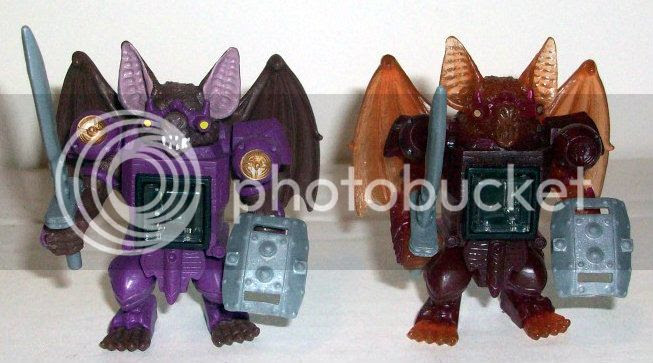 Thankfully I wasn't thrilled by all of the Beast Saga figures.  Some of them I just decided to skip over all together.  Dorufan & Bamed were two of those.  However the same guy that had Moriku had them and I got them for super cheap. 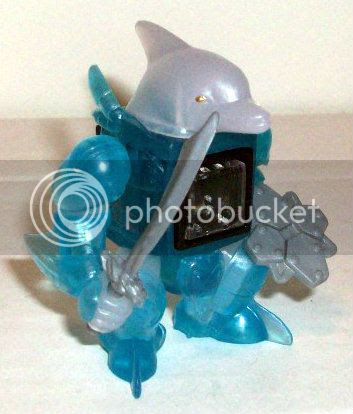 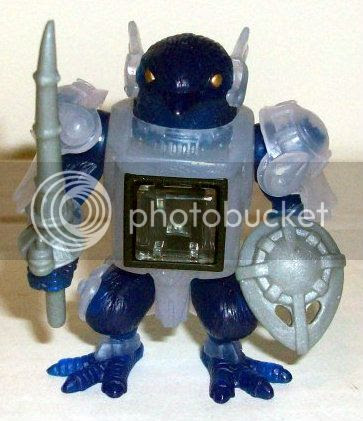 In hindsight I'm glad I got 'em.  The Booster versions of each look so much better in my opinion than their regular painted counterparts.  Both animals seem so passive to be in a series called Beast Saga so who knew a armored parakeet would be so cool?!

I do have one small complaint about Dorufan - his weapons.  His shield is a new piece which is OK, but his sword - the plastic is so soft that it is horribly warped.  I'll have to try some boiling water or the hair dryer trick and see if I can resolve this problem.  Bamed comes with a new shield as well, but re-uses the lance type weapon that Eredoramu came with.

All of these figures look stellar with a proper light source is shown through the figure.  I doubt I'll seek many other Booster figures out because let's face it - both money and display space are at a premium these days!  However if you want to roll the dice (figuratively) and take a chance they aren't that bad looking.
at 1:46 PM