I've made it pretty clear here on this blog that I don't buy many 3rd party Transformer toys, however I do make a few exceptions from time to time. X-Transbots is a 3rd party company that I haven't had any previous experience with and a lot of what I've heard about their products and the overall quality wasn't all that great. However when they decided to dip their toe in the Stunticon pool and offered their first release, Crackup (aka Breakdown) so cheap and the early reviews were good...why not give them a try? I placed my order w/ Captured Prey and patiently waited for it to arrive. 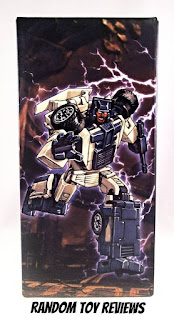 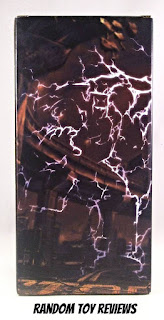 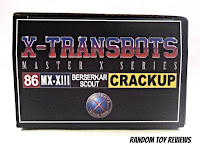 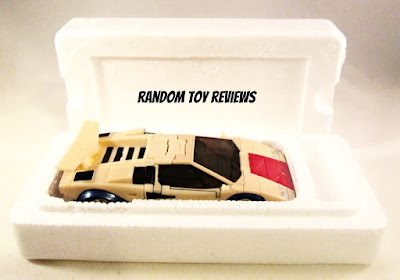 Crackup came nestled tightly in a block of foam inside the box. The foam has a removable lid and is hollowed out perfectly to fit Crackup in his alt mode. I appreciate the level of protection that 3rd party companies continue to use in their packaging. It's refreshing not having to cut plastic straps and twisty ties when opening a new toy. 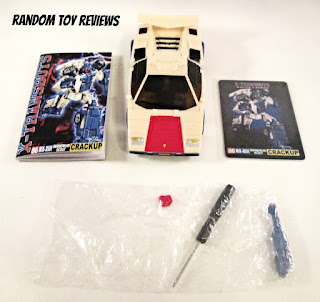 Also included in the box is a small plastic bag that is packed full of items. The instruction book is so much thicker than I would have imagined (and very detailed), along with a thick plastic character card, his weapon along with a screwdriver and an different face plate. Since I don't buy a lot of 3rd party stuff, maybe the inclusion of a screwdriver is the norm, but to me I found this to be a nice touch as the screw you have to remove to change the face plate is very small and unless you wear eyeglasses you may not have that small of a screwdriver lying around. 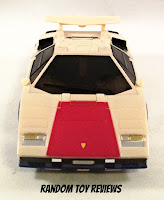 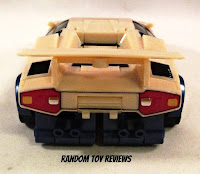 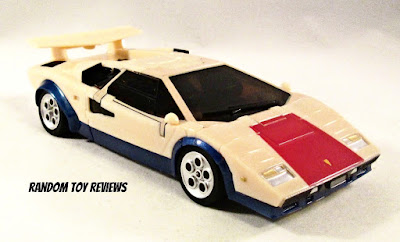 Going in I knew that X-Transbots went with a creme colored plastic and I love this decision as it matches the original G1 toy perfectly. Some of the other companies that are doing their own version of the Stunticons went with white over cream and while it comes down to a personal preference, I like the homage to G1. The Lamborghini mode is beautiful and has a good bit of heft to it. All the panels lined up and the figure felt as if it was made with good materials. Where is the trash that others said X-Transbots was famous for? Granted I hadn't begun to transform the figure yet, I remained impressed with the product. 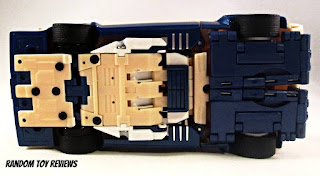 I noticed how well the car rolled on a smooth, hard surface so I had to take a look at the undercarriage of the car. There are a few parts that don't leave a lot of clearance, but that seems to be on par when compared to the car it's modeled after. I also love that you really can't see any of the robot bits beneath the car. If a random person were to pick this up I'm not convinced that they would even know the car transforms. 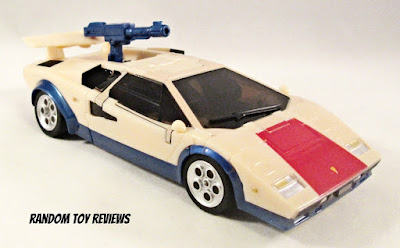 The original G1 Stunticons had weapons that attached to the rear of their vehicle modes. While X-Transbots didn't go this route, they did add a 5 mm peg hole towards the back of the vehicle where the hand gun could be plugged in. I particularly don't care for this look, but it's there if you want it. 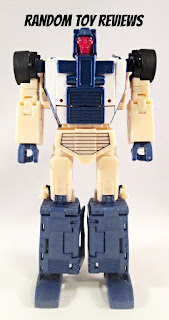 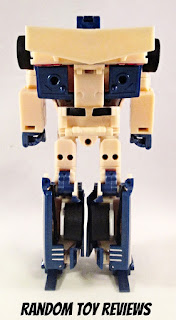 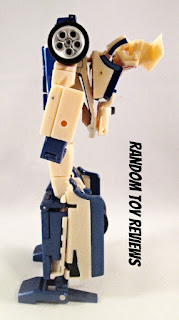 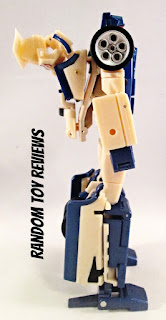 I found that the included instruction booklet was very helpful with the transformation process. I'm not a fan of overly difficult transformation sequences and I'm happy to report that I thought Crackup was fairly easy to convert from his vehicle mode to this robot mode. I will mention that I forgot to slide is feet over to the center before I took these pictures...oops! With the exception of the small backpack, the figure folds up pretty tightly. Thankfully they added some log heel spurs to the feet so the backpack kibble doesn't pull the figure over backwards. 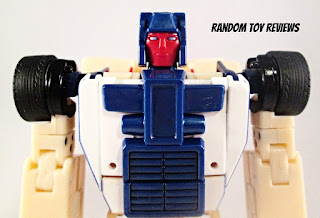 I love the look of the figure, especially the chest and the head/face as it looks a lot like the Sunbow animation model of the Breakdown character. I haven't tried to swap out the face plate as I'm OK with the straight face look he comes packaged with. 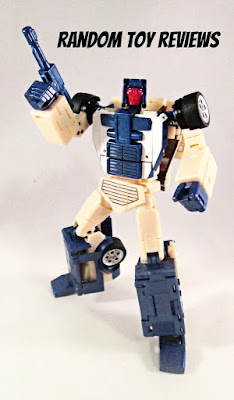 Another thing I'm not the greatest at is striking dynamic poses with my toys, whether it's Transformers or Marvel Legends. Crackup however does feature enough points of articulation that if you are good at posing your figures, you'll have fun with this figure. Crackup has all the modern articulation points that you would come to expect from a 3rd party transforming figure. 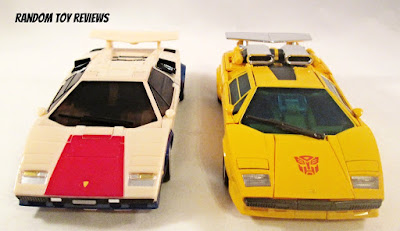 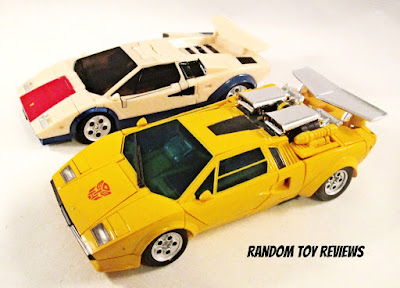 A lot of the comparison pictures I saw early one used Masterpiece Lambor (Sideswipe) as they share the same Lamborghini model, however I'm lazy and didn't want to transformer him back so I just used MP Sunstreaker instead. While their are some differences between the style of the two cars, I think you can get a good idea of how well be scales with other official Masterpiece Transformers. Unlike the G1 toyline where nothing seemed to scale well, Crackup meshes well with the size of the Autobot cars. 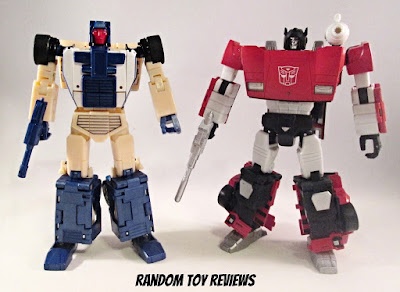 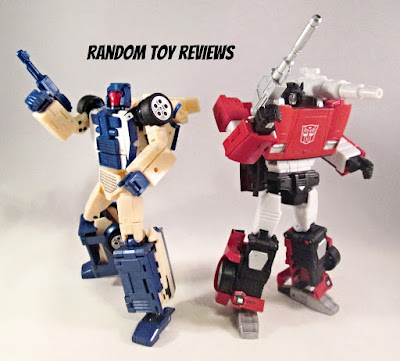 Crackup scales just as good in robot mode as he does in vehicle mode, just coming in just a hair taller than Lambor. I'm very impressed with this figure. Of course getting him for like $45 helped, but it also gives me more confidence about buying the next figure, Flip Out (aka Dead End) once he becomes available. I think the MSRP price going forward for the other "Stunticon" cars will be $59.99 and I'd be OK paying that price based on Crackup. Now I've heard that this design was stolen and that's why Crackup was being sold so cheaply, but don't think that just because the price tag was low or that it's from X-Transbots that it's crap because it's not. This is coming by the way from someone that isn't biased towards one or two particular companies either. Going in this was more of a experimental purchase and I wasn't sure if I'd be on board for picking up the rest, but I'm now sold on what X-Transbots is doing here.
at 7:52 PM