The last few weeks at the local comic shop have been rather light for me (i.e. non-existent) since the bulk of my books are coming from Discount Comic Book Service in a monthly shipment. However this week a few books that weren't originally on my radar were released. 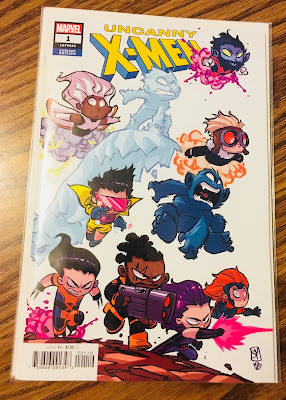 I understand that some may not understand how a book like Uncanny X-Men #1 wasn't on my radar. I haven't really picked up a mutant book (minus Domino) in quite sometime, but I've been reading up on the story in this issue and I decided to go ahead and grab the first issue. My LCS, Nikelspot Comics doesn't usually mark up variants and they had a good many of the non J. Scott Campbell covers to choose from so I went w/ this Skottie Young variant.

Buying a title from a series that I don't normally read does have it's advantages as I was able to sit down this afternoon and read the book...even though I'm still woefully behind with most of my current books. While I may not understand all of the back stories going on, I really enjoyed the stories despite some of the negative reviews I've already read online. It's going to be a weekly title for the first 10 issues, similar to the Avengers No Surrender story...but that just means I at least have one new reason to look forward to Wednesdays for the next 9 weeks! 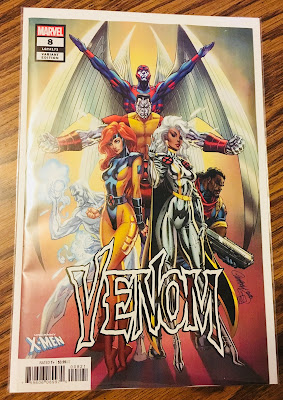 Speaking of J. Scott Campbell and variants, there was one left of Venom #8. I don't normally pick up variants to issues I've already bought, but I caved with this 90's esque throwback cover. 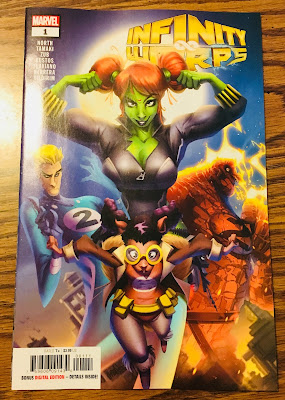 Originally I didn't buy any of the Infinity Warp issues so it made sense to add this one to the stack. Mister Invisible and Hot Rocks? Green Widow? Moon Squirrel and Tippysaur? Marvel already warped other Marvel heroes so why not a few more? 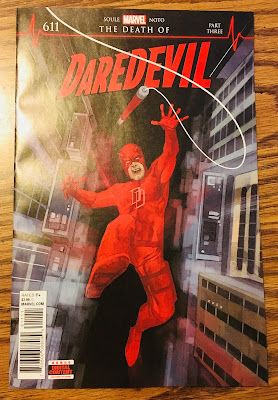 I picked up several issues of Daredevil back during Marvel's Legacy period and while I missed a few new issues here and there, this one came up on the Key Comics app as the first appearance of a new villain. Plus I absolutely love Phil Noto's art so this was an easy pick up on a relatively light week. 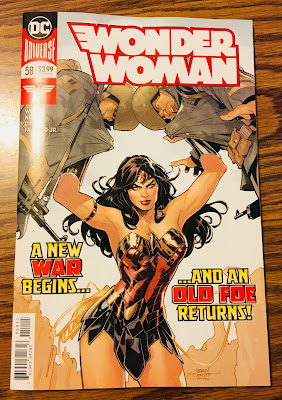 I'm still in the midst of reading the Witching Hour story that ran through Wonder Woman's book so I may be taking a gamble continuing to pick up her book. I really wanted the Jenny Frison variant, but the regular Terry Dodson cover was all that was left to choose from.

Now that things seem to be slowing down a little both at work and around the house, I'm going to try to dig into my backlog of new books and see if I can't make a dent between now and the end of the year. Lots of great books that I've been waiting to get to...wish me luck!
at 7:01 PM