Transformers Power of the Primes: Beachcomber

My look at Hasbro's newest line of Transformers, Power of the Primes rolls on with the Autobot geologist, Beachcomber. 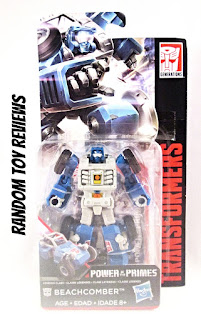 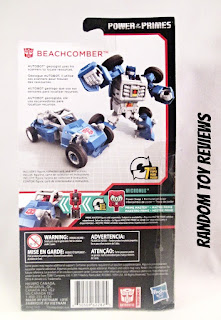 The packaging is your (now) standard far for this size/price point (MSRP is still $9.99) with character art on the top and a black bar down the side; featuring the Transformers name in large, bold red letters.

The really isn't much of a bio anymore, which is really sad, so the back of the packaging is pretty bland. We do get two product shots of the toy as well as a blurb that a Prime Master figure can actually sit inside Beachcomber's vehicle mode. 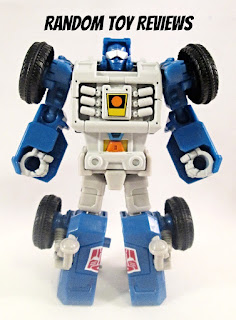 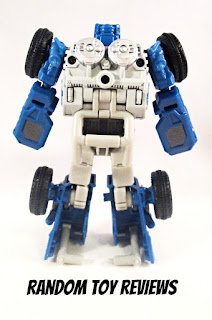 The original Generation 1 toy of Beachcomber was always a favorite of mine growing up. Originally a minibot, this updated version does a great job capturing all of the features that made the original toy so great. After having a few on hands moments with this mold and I can honestly say there isn't much I'd change. The porportions all seem good, colors are spot on and the level of articulation for such a small robot is impressive. 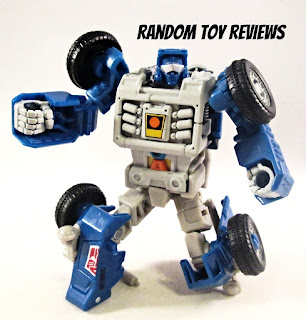 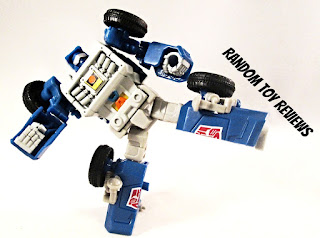 Beachcomber features both ball joints as well as swivel joints so you have the freedom to pose him in many different ways. He doesn't have a waist swivel due to his transformation, but I think most will be pleased overall with the articulation. 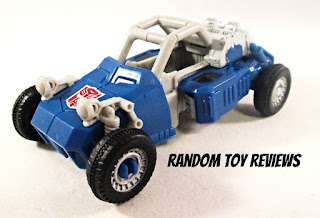 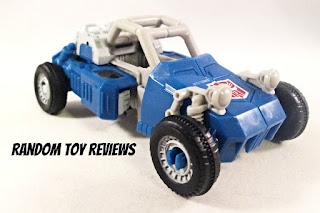 Transformation to his vehicle mode is straight forward and pretty easy to pull off. Other than the rollbar cage, he pretty much transformers just as his G1 toy. Flip up the legs to form the front part of the dune buggy, collapse the body to hide the head, fold up the pieces of the rollbar cage and snap the arms on each side.

Beachcomber's vehicle mode looks fantastic. From the rigid tires to the suspension and the exposed engine, he has a much more authentic looking dine buggy mode when compared to his original G1 toy. I don't care for how the front wheels look with the exposed blue plastic in the center, but the rest is so great I can overlook this. 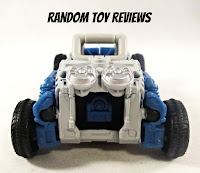 Some may not care for the exposed "hole" on the back of the vehicle. Since it's on the back it doesn't bother me, but it would be nice if there was a small door or something that covered this cavity. 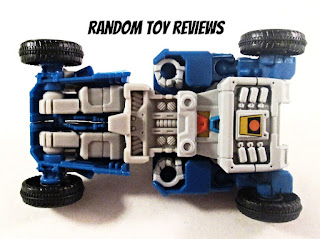 The underside if the vehicle does a pretty good job at hiding his robot bits. Yes, you see his hands exposed, but that really doesn't bother me. 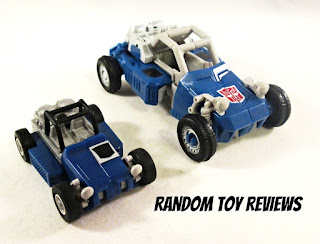 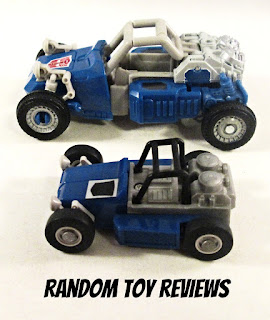 Comparison time! As you can see there is no doubt the designers wanted to keep to the original toy as much as possible. The color of the blue plastic is spot on, though the gray plastic is a shade lighter. The Power of the Primes figure is larger, but that is to accompany a Prime Master (or Titan Master) figure. I do apologize that I forgot to photograph this feature. My only grip when looking at these two side by side is that I wish the rollbar cage was black to match the G1 toy. Other than that, I love the homage. 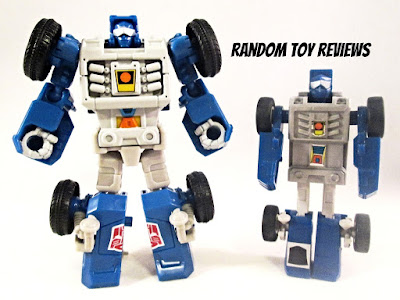 All of my praise carries over to the robot mode as well. From the chest, to the duplicated detail of the stickers on the G1 toy. The designers nailed it. Beachcomber's headscuplt is great. I love the squared "hood" around his head and the silver visor. The one area that was changed was he was given a proper nose and mouth whereas the G1 toy had more of a mouth plate. Mix in the increased articulation and you've got yourself a great Transformer.

Most of the first wave of Power of the Prime toys are starting to hit brick and mortar stores now. Walmart stores currently have "stocking stuffer" displays that contain the first wave of scout class figures (Slash, Windcharger and Skrapnel) and I believe Amazon.com will start shipping/selling the toys on the 15th of December. If you are a fan of the G1 line, Hasbro has done a great job updating many of the classic characters including Beachcomber. He's a solid A in my book. 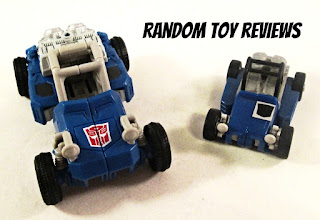