Several years ago a close friend of mine asked me to help him sell some unwanted Transformers on eBay. One of the items he had was the Transformers 2010 reissue of Predaking. This was the box set that was released by Takara Tomy in Japan as part of the 25th celebration of Transformers. This set would later be released by Hasbro as part of their Platinum series.

Before I put Predaking on eBay, I had snapped several pictures as I planned to do a side by side comparison with the vintage G1 piece. This never happened as time go away from me. This was also before I had a decent set up for photography so these pictures are of a lesser quality than what I prefer to feature on the blog.

Most collectors and fans of Transformers should already be familiar with these molds anyhow, so I'll just point out the changes made for this release instead. 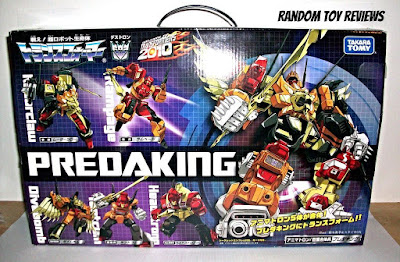 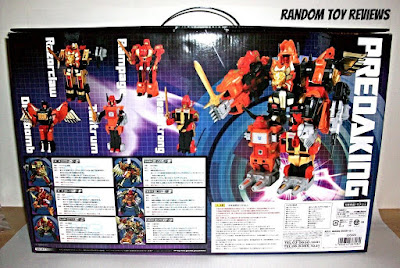 In typical Takara fashion, the packaging for the Predacons looks gorgeous. Had this been mine, I would've found a way to display the box. A few things to notice. First off the lack of a designation number. The vintage giftset was given the number D-78. New artwork. To me this is what makes this box look so darn good. I like the original box art, but there is just something about this comic style art. The handle on the top of the box is actually a carry over from the original. 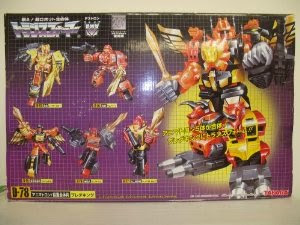 What is your preference? Vintage packaging or the 2010 reissue packaging? In my book you really can't go wrong either way. 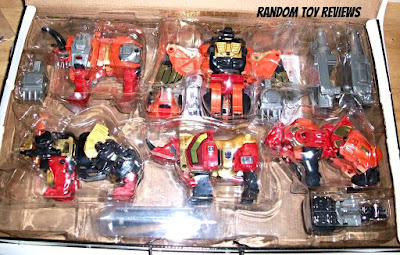 Another change can be found on the inside of the box. Long gone is the beautiful styrofoam tray that securely held everything in place, replaced with a more eco friendly plastic insert shell. You may have noticed the box opens from the front versus from the side. I particularly don't care for this as it makes the box less sturdy. My friend actually used transparent tape to keep the front box flap closed because the box was so unstable.


The other change as you may be able to tell are the colors of the actual Predacon figures. All of the yellow plastic bits have now been replaced with gold. The reds and oranges appear to be the same shade as the vintage G1. This makes the 2nd reissue for the Predacons at this time so a change was needed in order to make it stand out from the previous release and from the vintage piece. I like the change, but I'm sure the G1 purist easily passed up this release. 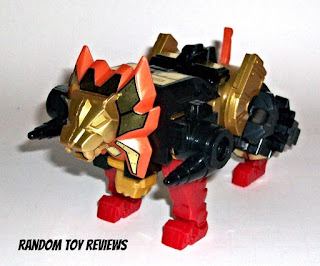 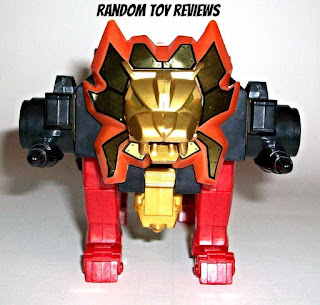 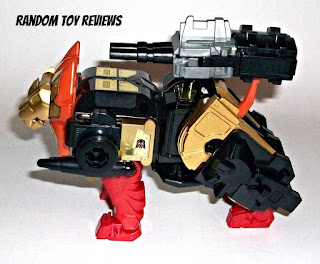 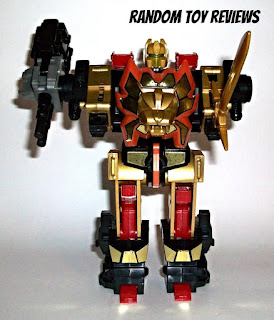 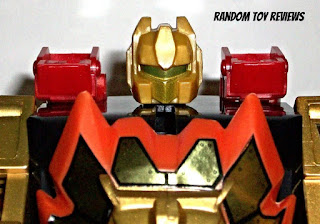 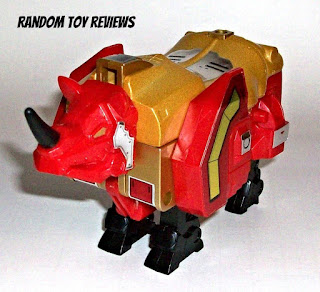 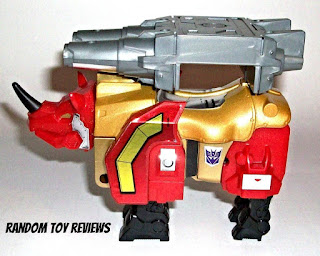 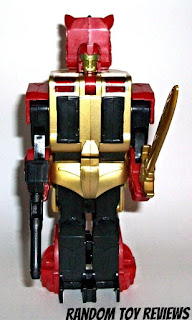 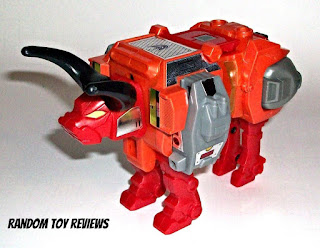 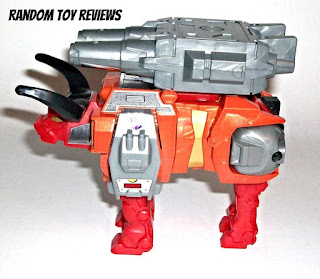 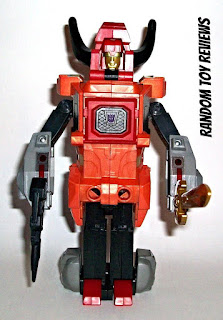 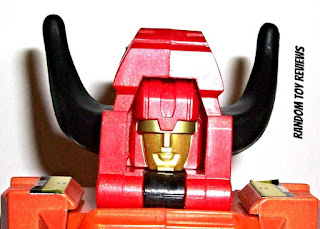 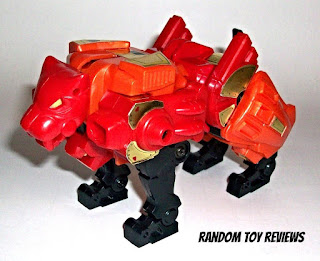 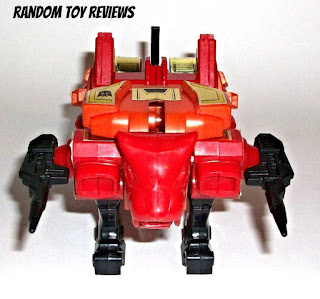 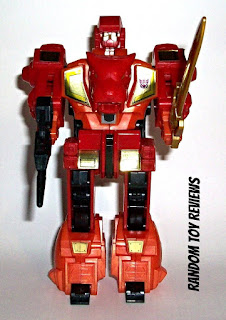 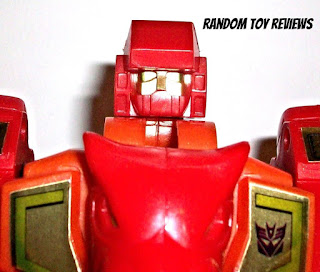 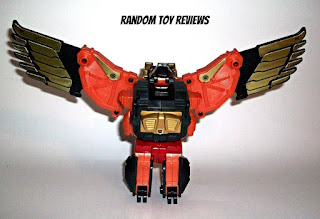 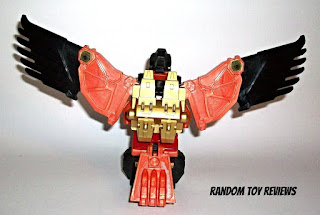 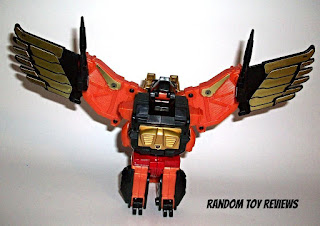 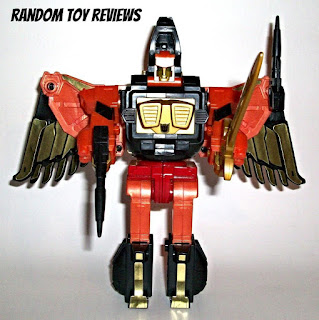 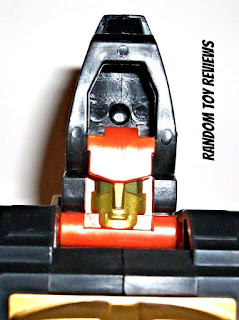 I know the Predacons have always been a highly sought after group of toys and very popular with the collectors, but I just don't care for them. Never had really. I had several of them growing up, both the metal and die-cast versions. When I finally was able to combine them to form Predaking...well I was impressed by his size, but give me one of the Scramble City combiners any day over the Predacons. The only individual Predacon that I think is a great figure in both forms is Rampage. 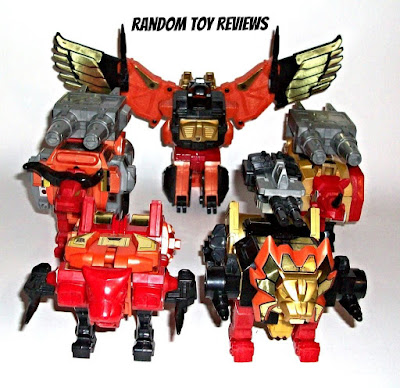 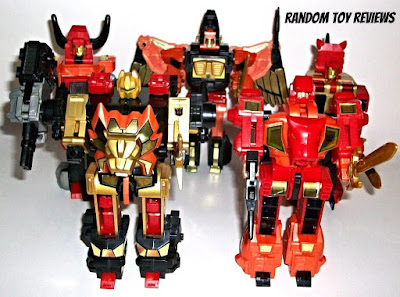 While this team may not be one of my favorites, I do like the addition of the gold plastic. Dare I say I like it better than the vintage version with yellow plastic? 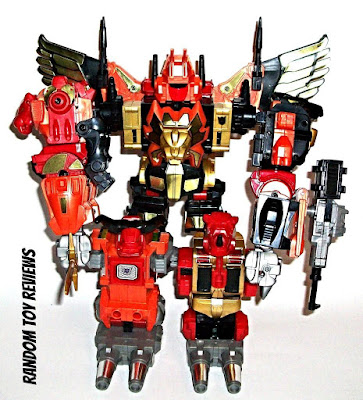 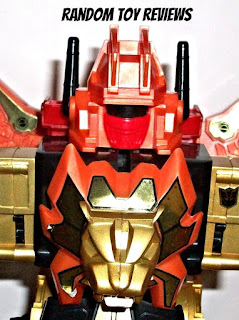 I was glad I was able to hold this version of Predaking in my hands as it really is a thing of beauty, but with the high original price tag I skipped this release. I was surprised when it was announced that a similar version was being released by Hasbro and that Amazon.com would be carrying it. Hasbro took the Beast Hunters Optimus Prime sword and cast it in a matching gold plastic for Predaking to wield, but other than that it's basically the same as this 2010 reissue by Takara Tomy.

If you are one of the few Transformers collectors that don't already own a version of this toy, check out Amazon for the Platinum version, or BigBadToyStore or TFSource for this 2010 reissue by Takara Tomy.