Before I get into this review, let me give you a little back story on this purchase.  When it was first announced that Takara Tomy's version of Transformers Prime toys would be coming with Microns (Mini-Cons) I was ecstatic.  Ever since the little TFs were first introduced in Armada / Micron Densetsu I was hooked.  I would troll the internet in years gone by looking for every single one that I didn't already own.  This included many of the Japanese exclusive Microns.  When HLJ put up some of the first pre-orders for the Arms Micron toys I quickly placed an order for Bumblebee and Ratchet.

Then as time passed and more details were released I discovered that the Arms Micron toys would feature many more differences over Hasbro's own Prime toys.  First the Microns themselves would have to be built. Secondly the Transformers themselves weren't heavily painted and came with sticker sheets.  I was disappointed to hear this news and I canceled (at least I thought I did) my pre-orders.  Turns out I was wrong and thus I now own Arms Micron Bumblebee AM-02.  Yea me! 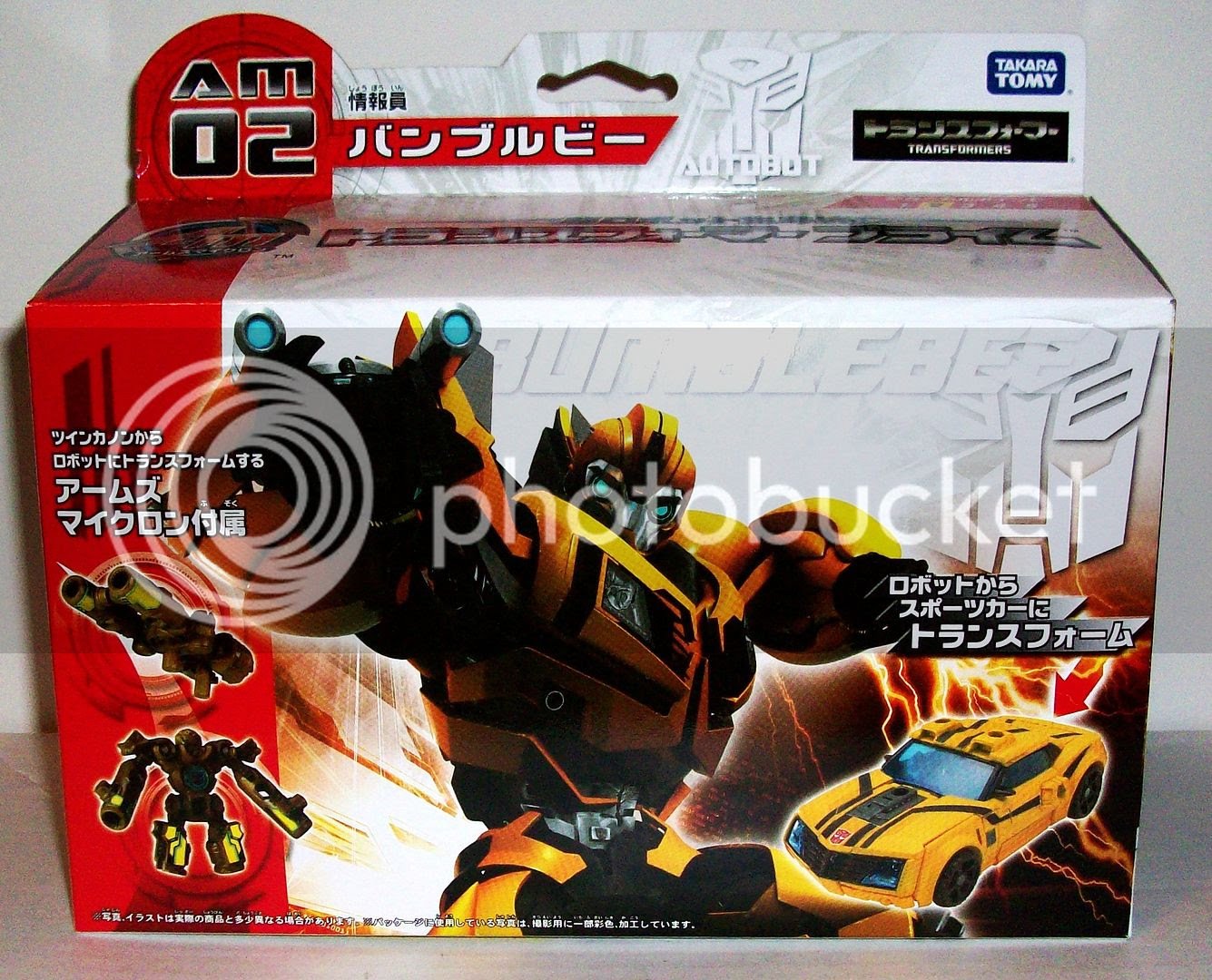 I was impressed with my first hands on impression of the new packaging.  Not having a window displaying the toy inside gives the designers more room for great CGI as in this case. 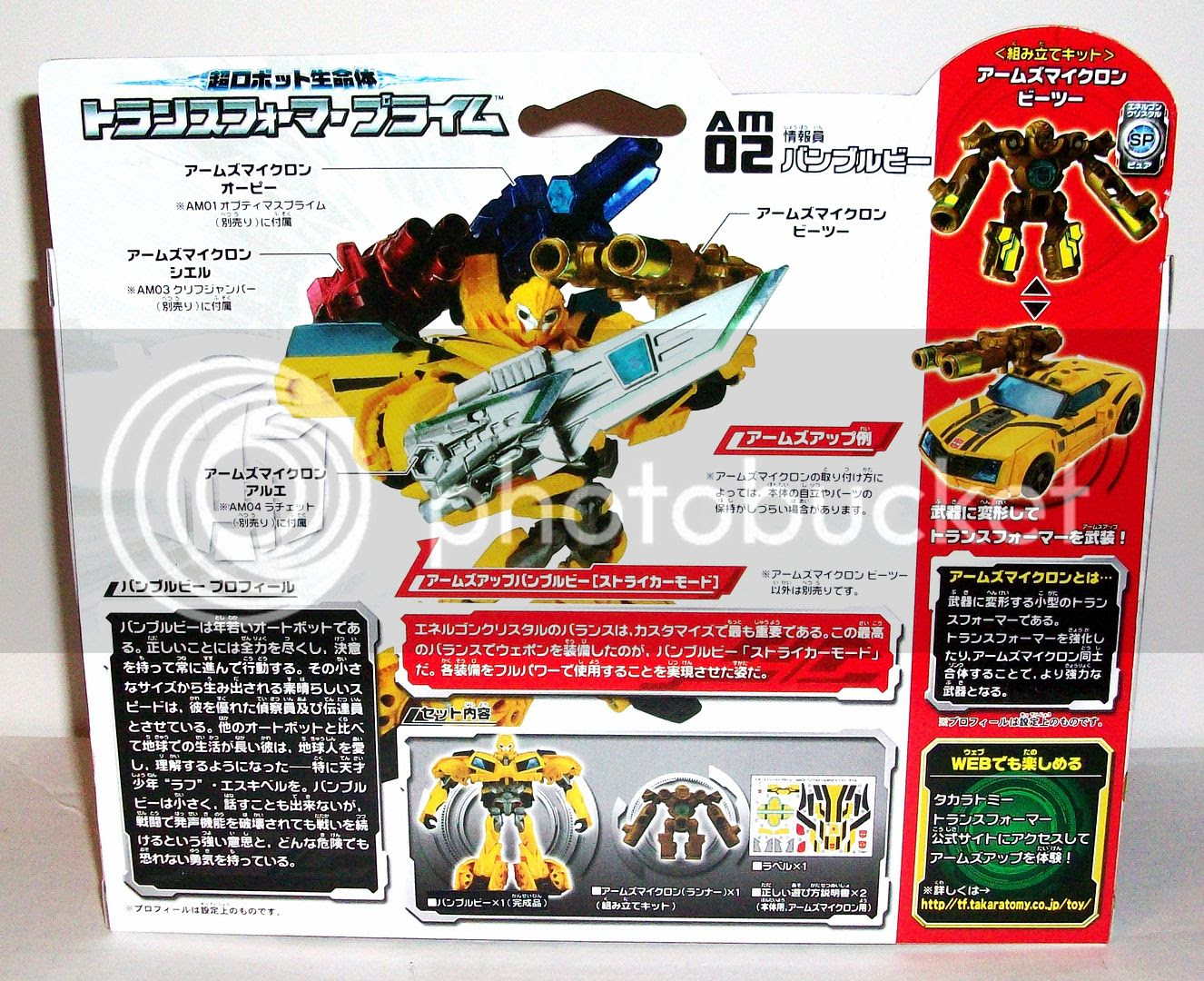 Takara Tomy was highlighting how the other Microns could be used with each release from the very start. 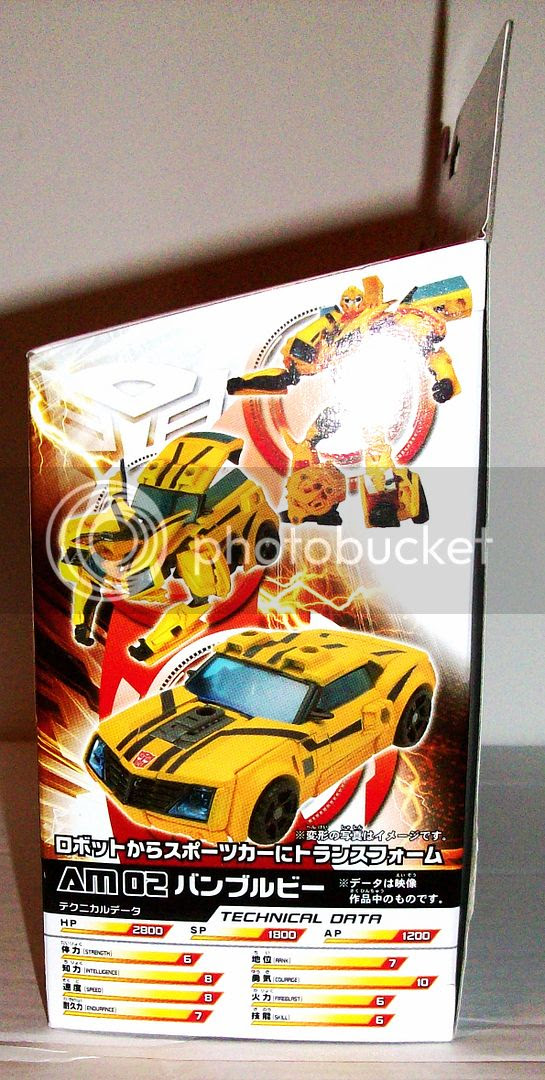 Each side of the box highlights both Bumblebee and his Micron, B.2's tech spec rankings. 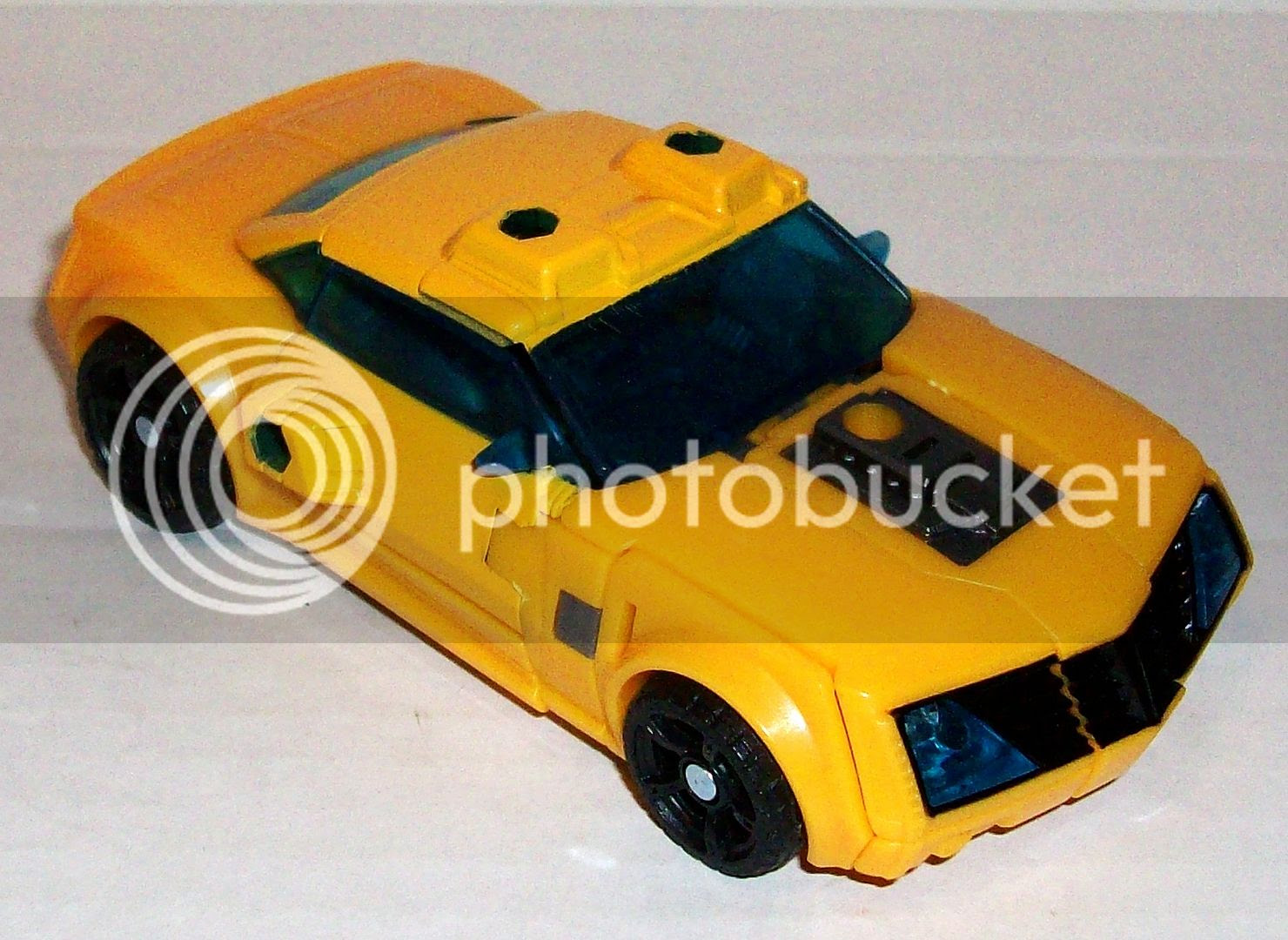 Now at the time of opening Bee here I hadn't bothered to buy the Prime version.  There are already way too many versions of Bumblebee floating around that I didn't need yet another one so similar.  Right out of the box you can see how naked he is without his pin stripes.  I guess some people may prefer this look, but it's just way too much yellow for my tastes. 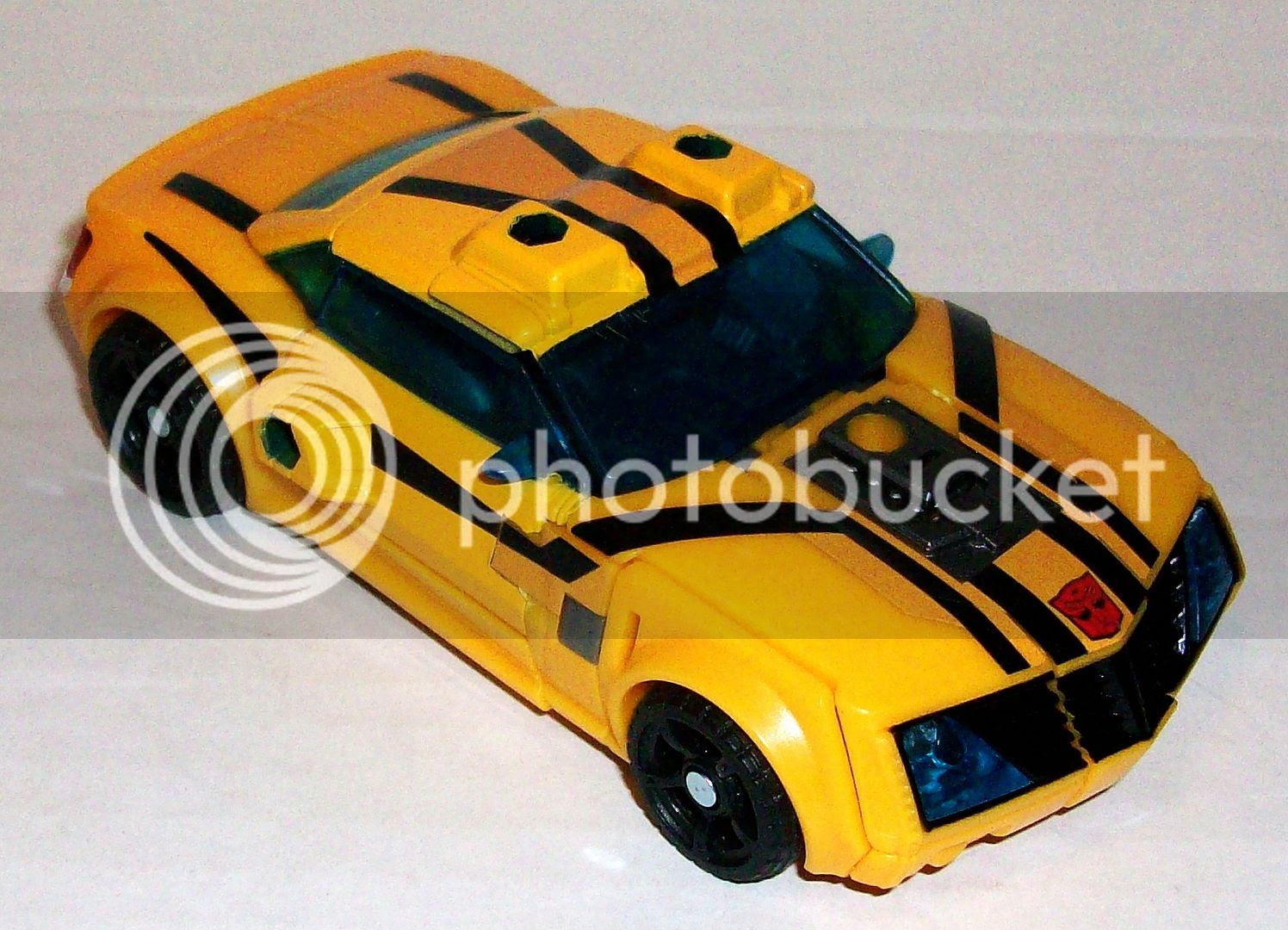 There we go, that's much better.  Outside of some of the stickers just not wanting to apply very easily (the roof in particularly was a pain in the butt), look carefully at the black stripes.  Notice anything?  Do you notice the different shade of yellow?  The stickers on the roof and hood are outlined in a slightly darker shade of yellow.  I'm not sure why this was done, but it looks lame if you ask me. 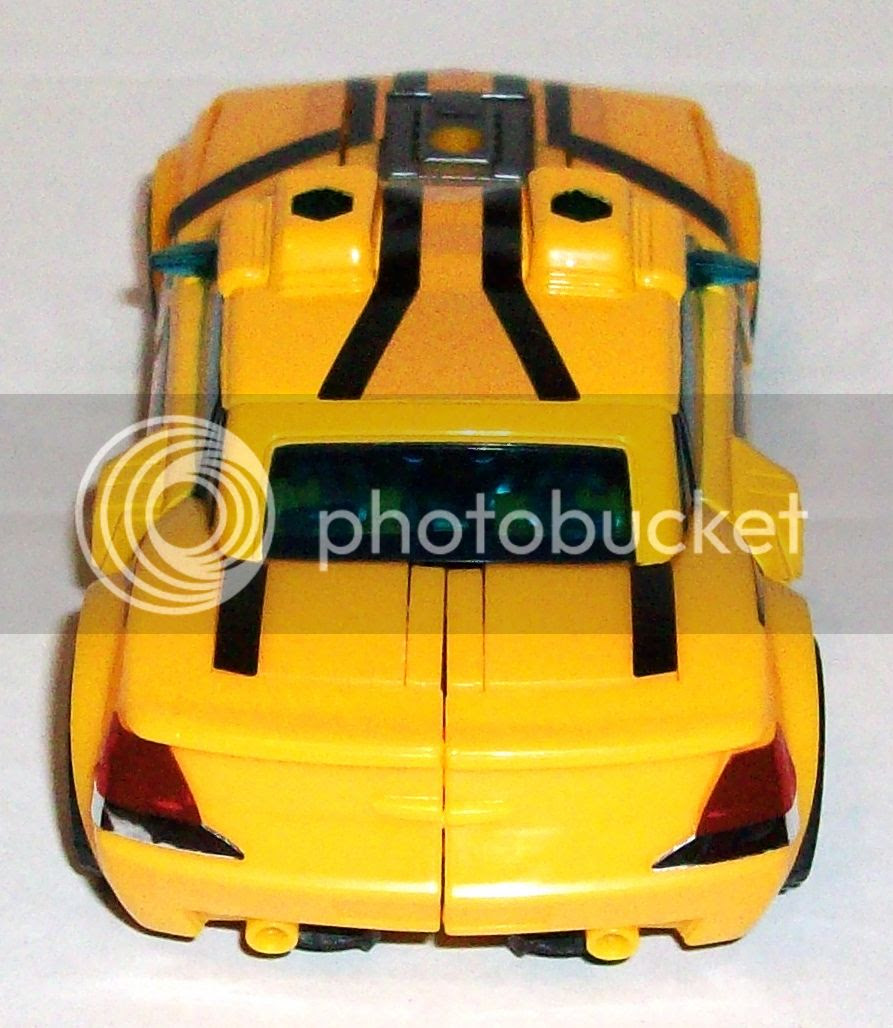 The only other stickers to be applied in vehicle mode are the two rear tail lights.  They have a metallic look to them and have a streak of silver underneath the red. 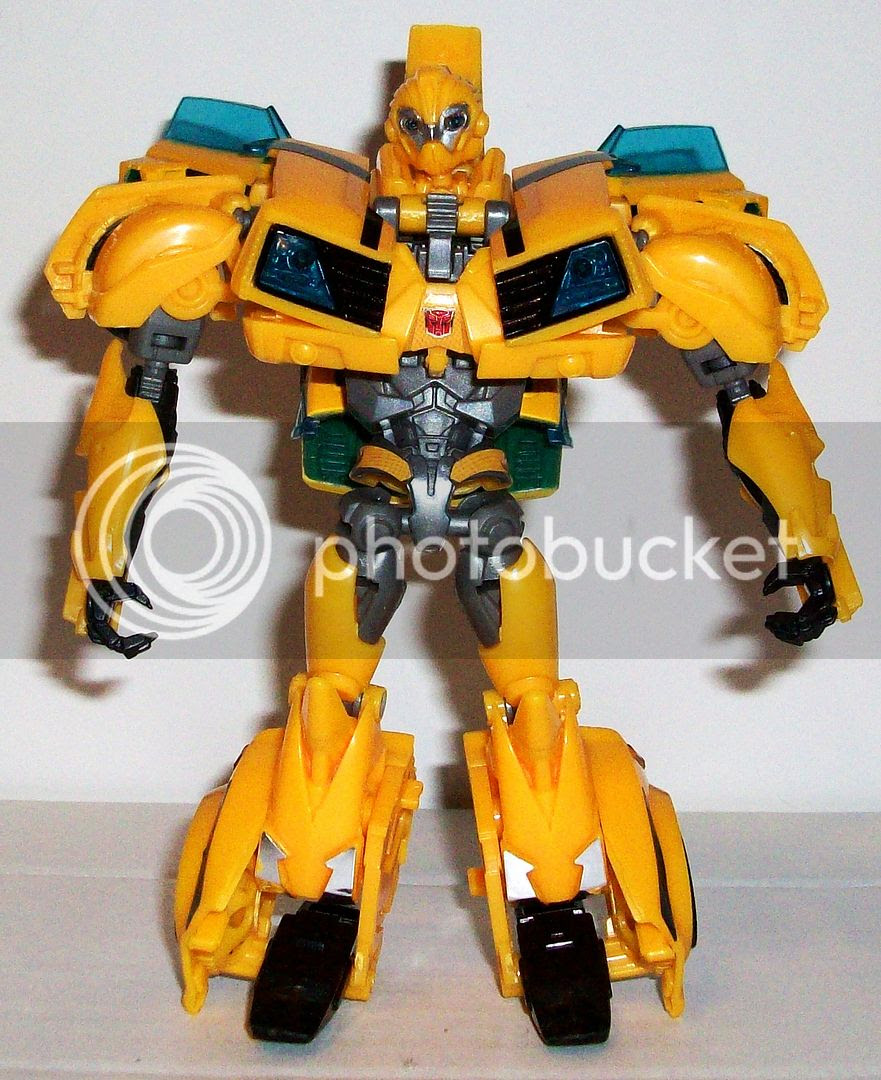 I know a lot of people claimed the Transformers Prime First Edition mold to be the superior Bumblebee mold in this series, but I only found him once at retail and I opted to pass over him in favor of Arcee and Starscream.  I don't find this mold to be bad, but the shoulders leave a lot to be desired.  There is a good bit of articulation in all areas, but the shoulders and chest area are clunky and a little cumbersome.  The head sculpt however is a near perfect representation of his show self. 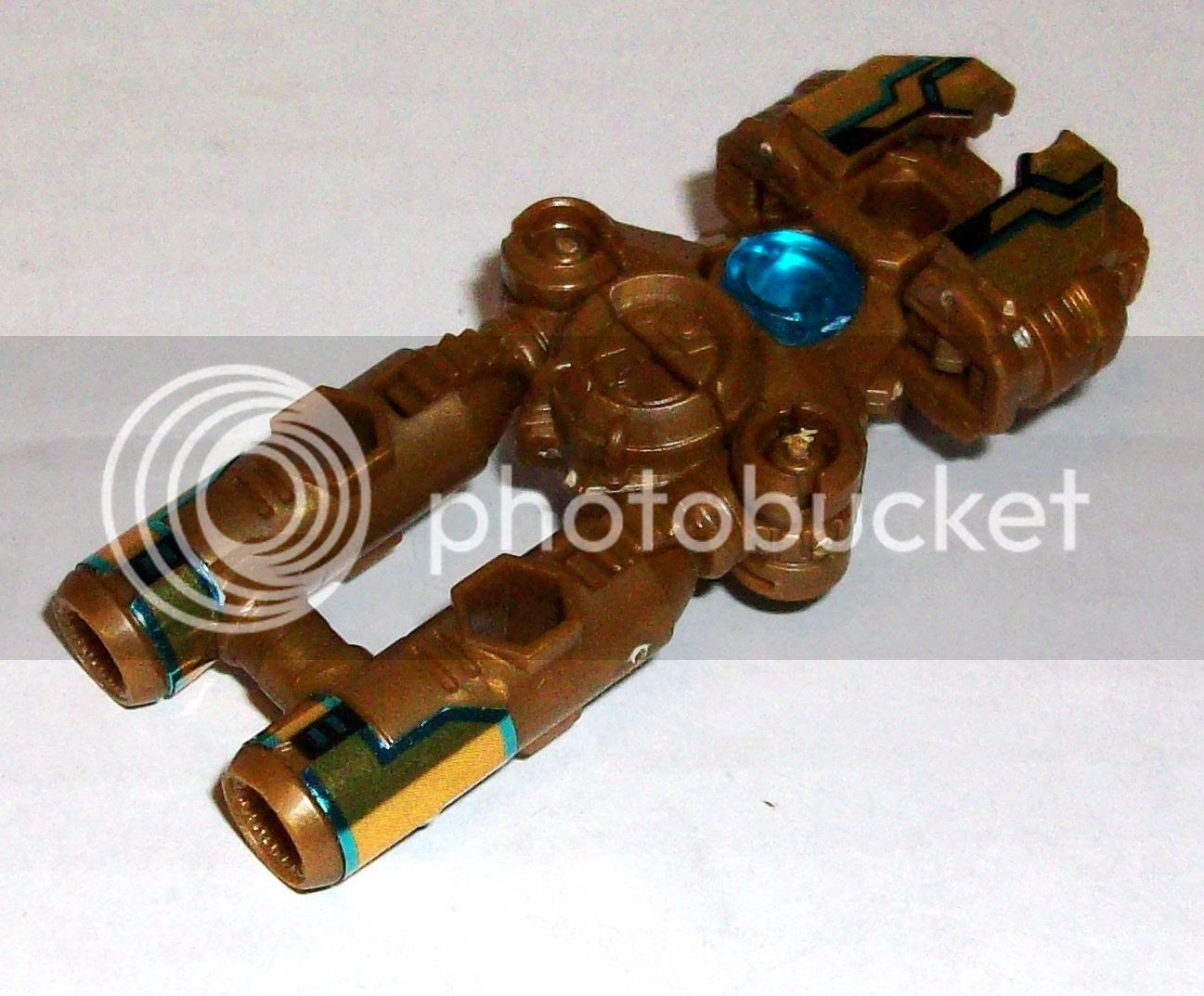 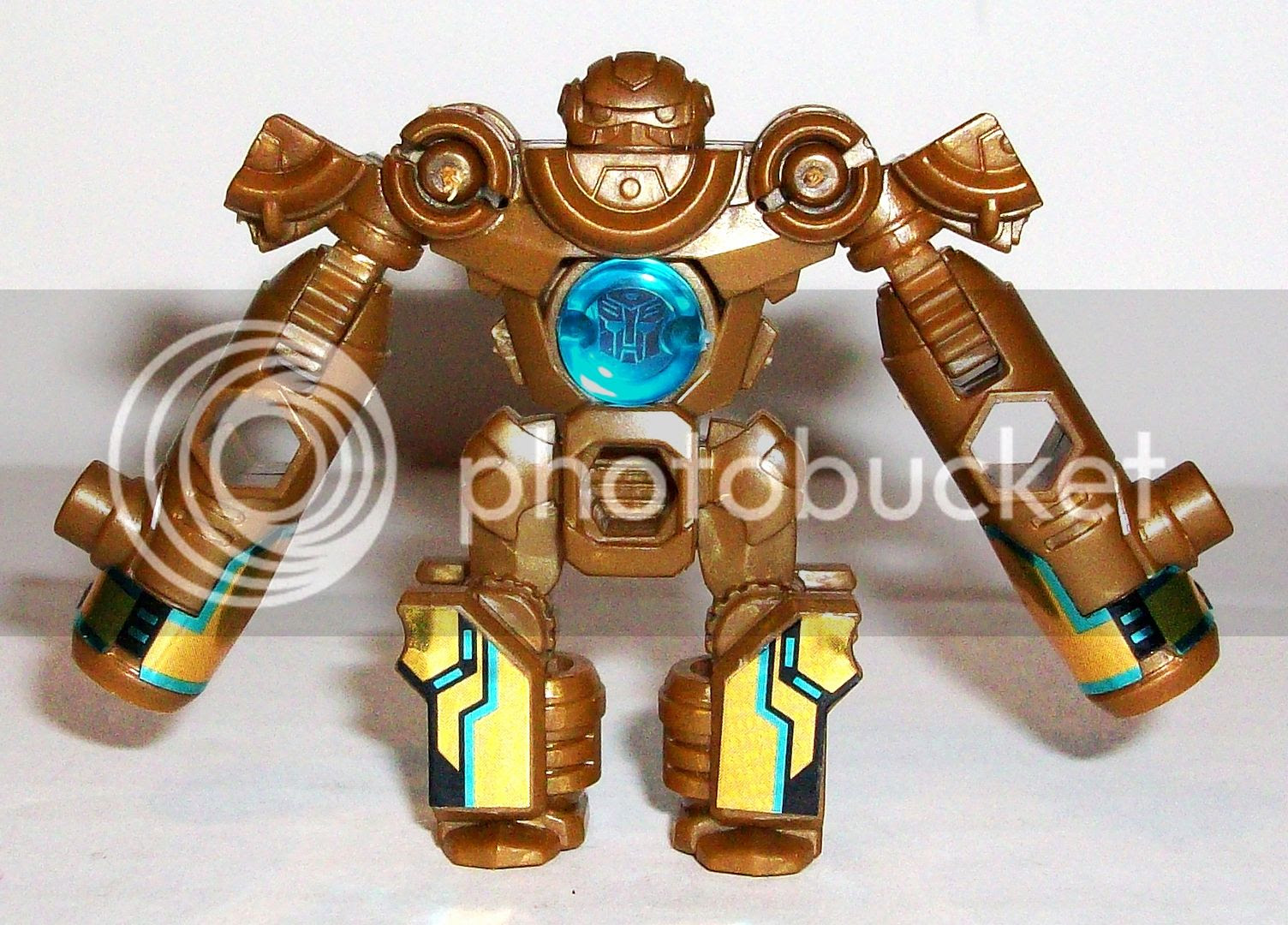 B.2 - despite all the small stickers, is a very cool gorilla looking Micron.  As much as I like the robot mode, his gun form is top notch.  At first I was worried when I saw the gold, but plastic on this release seemed very strong. Owning a G1 Black Zarak you can understand my hesitation in transforming this piece too many times. Bumblebee has ports in his forearms that allow B.2 or any other Arms Micron figure.  Bumblebee has never really been known for the firepower he packs, but at least this version makes the yellow Autobot a little more menacing looking. 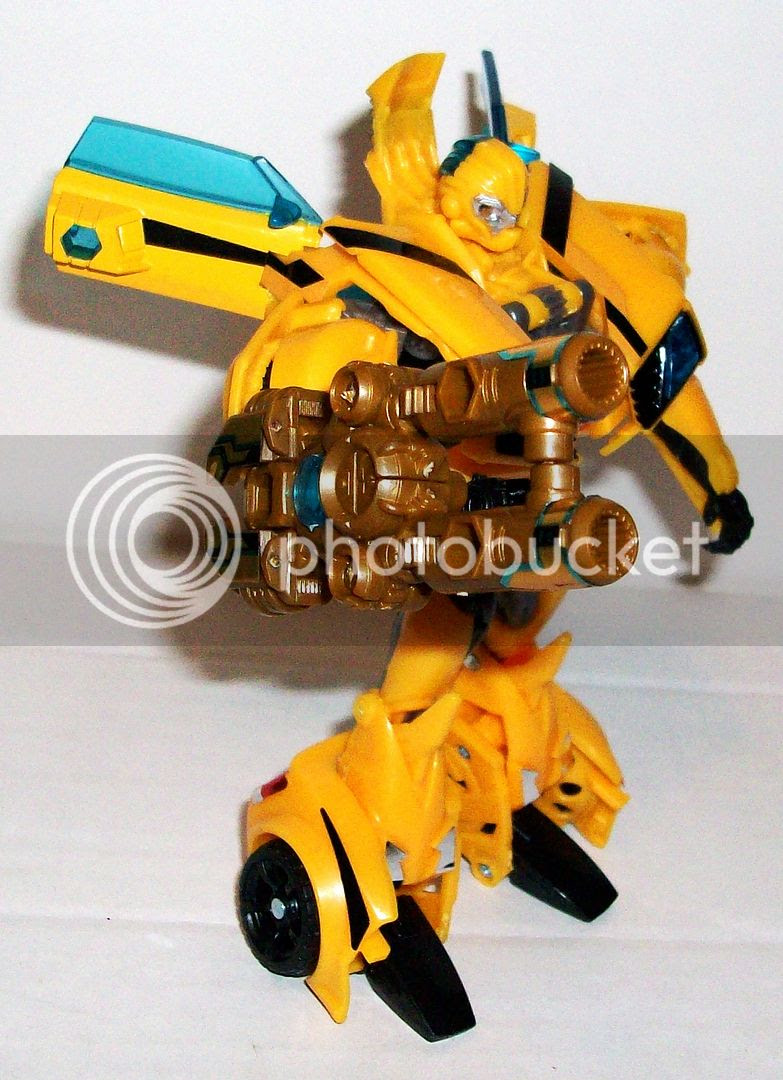 Of all the Arms Micron releases this is one that I really can't recommend unless you are a completionist or just a die hard Bumblebee fan.  Before his Micron was released in a few different ways I could say that was the redeeming factor if you did buy the set.  For now this guy will stay in my collection, but there are so many  other Arms Micron / Prime toys that are a better buy.
at 9:45 AM