These Hot Wheels Starships were never really on my radar until I happen to come across several of them at my local Dollar Tree store. While I'm not a huge Star Wars fan, I've always liked small die-cast vehicles such as Hot Wheels. At a buck a piece, I cherry picked the few that I liked the best. 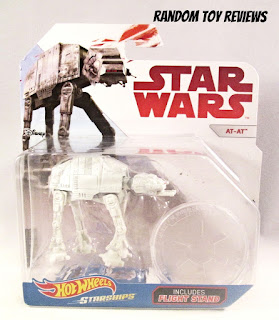 The iconic AT-AT vehicle used by the Empire has always been a favorite of mine. This was an easy choice to pick up. The body is die-cast metal while the legs are plastic. There is a little give to the legs, but they aren't really articulated. Like many of the ships, it comes with a circular translucent stand that bears the Empire's logo. 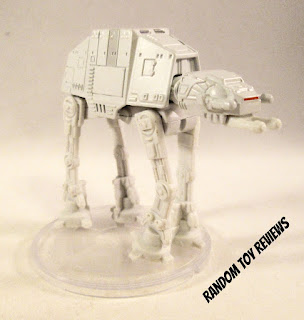