Most of my readers know that I enjoy collecting KO toys of Generation One Transformers, however most of what I collect are the old colored toys that couldn't easily be mistaken for the real deal. I'm not talking about those Easter basket Devastator and Superion sets. The problem with collecting vintage Transformers KOs is finding them. The market seems to be flooded with current G1 KOs with little to no change over the originals, or the cheap KOs you find in dollar type stores. To find the vintage G1 KOs you have to hunt for them and usually that means looking outside the US.

Long before I ever put together my own set of individual boxed Dinoforce toys, I knew of the KO set often referred to as the Biological Chemistry Dinosaur Corps. I had found pictures online of these toys being sold in a giftset form, but never packaged individually. Later I found the individual toys, but they were packaged on blister cards. Eventually I found them boxed and they had that classic G1 feel to the packaging layout. However just about every time I found some version of these toys they were being sold by sellers in Italy or Greece.

About a year and half ago I had to sell my vintage Dinoking set and while I don't regret the decision, I do miss the toys. When I started to see some of the G1 style individual packaged "Dinoforce" Pretenders start showing up online, I made the decision to go against my own collecting rule. These Dinosaur Corps toys don't vary too far from the original deco and at times I've seen these being passed off as originals (willingly or not, I don't know). I fell in love with these toys my first go around and I knew I wanted to own them again...but I really didn't want to pay what the vintage toys go for these days on the secondary market. That meant I was about to dive in to collecting all 6 Dinosaur Corps toys. The hunt is officially on!! 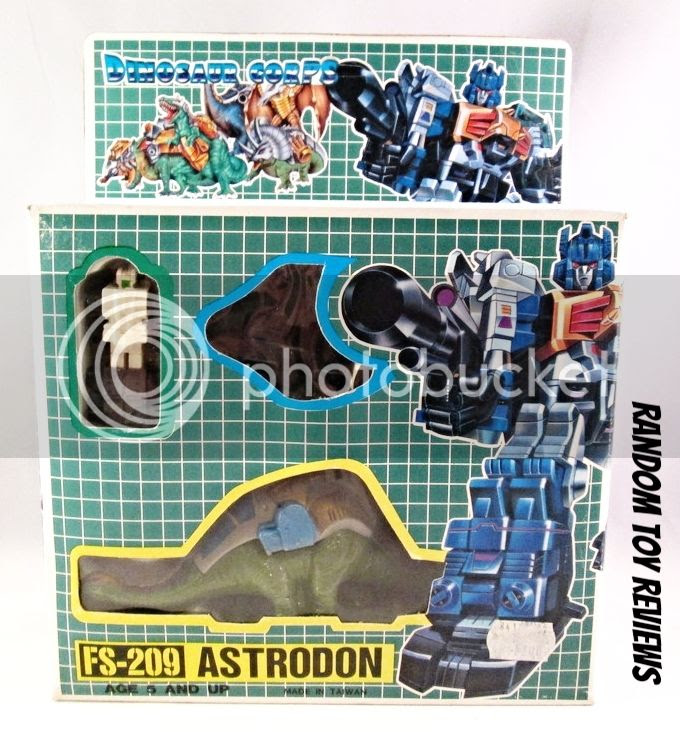 One of the first Dinosaur Corps figures I found for sale was Astrodon, or better known as Rairyu (D-327). Since I've already reviewed this mold, refer to the original post if this is your first exposure to the toy. Otherwise I'll just be pointing out the differences between the vintage Takara toy and this KO.

I know a lot of people could care less when it comes to the packaging of a toy, yet alone the packaging for a KO toy. These boxes look quite nice in person and actually feel like they are well made. It's got an extra window for the combiner parts that the vintage box doesn't have. Sadly there isn't any artwork for the individual characters, only Dinnoking. Yes, that isn't a typo...the combined form's KO name is Dinnoking! 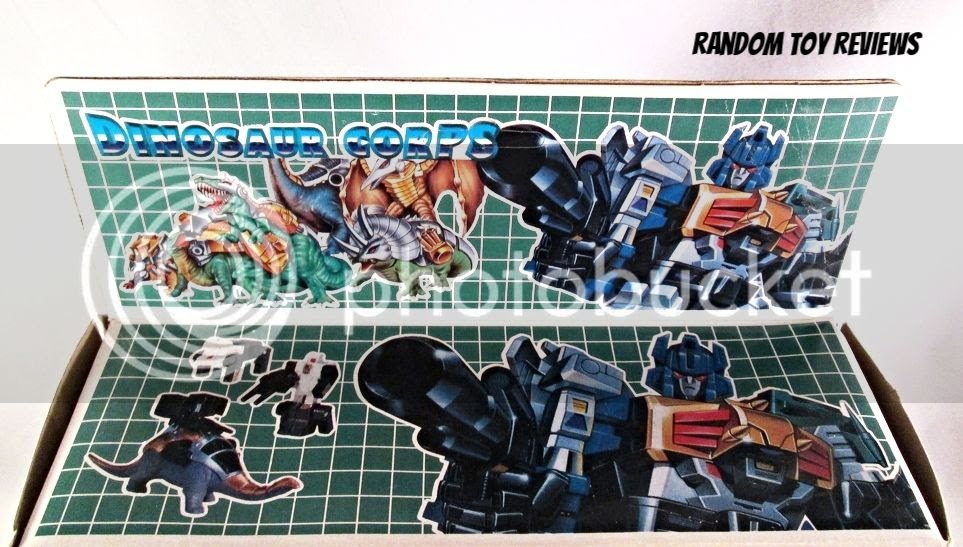 When the packaged arrived from Greece I was surprised that 1) it was packaged so well to prevent damage during shipping and 2) the box flap was almost completely crease free and stood up straight. On the top you get a small image of the toy and on the box flap a nice group shot of the dinosaur team.

The sides of the box feature the same images on each end...nothing special here. The back of the box differs quite drastically from the original. I'll also take a moment to remind everyone that you can click on the pictures for a larger view. 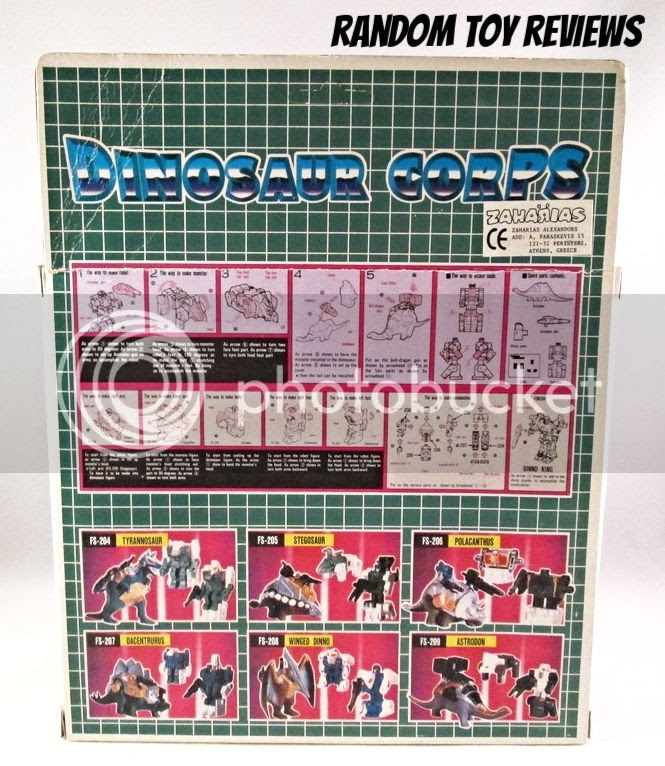 While the box flap was crease free in the sense it can stand up on it's own, if you look carefully at the "D" in the logo you'll see several stress marks to the cardboard.

There isn't any sort of paperwork included inside the packaging as the instructions and cross sell are printed on the back of the box. In additional to transformation instructions it gives you sticker placement as well.

I present to you, the Dinosaur Corps! 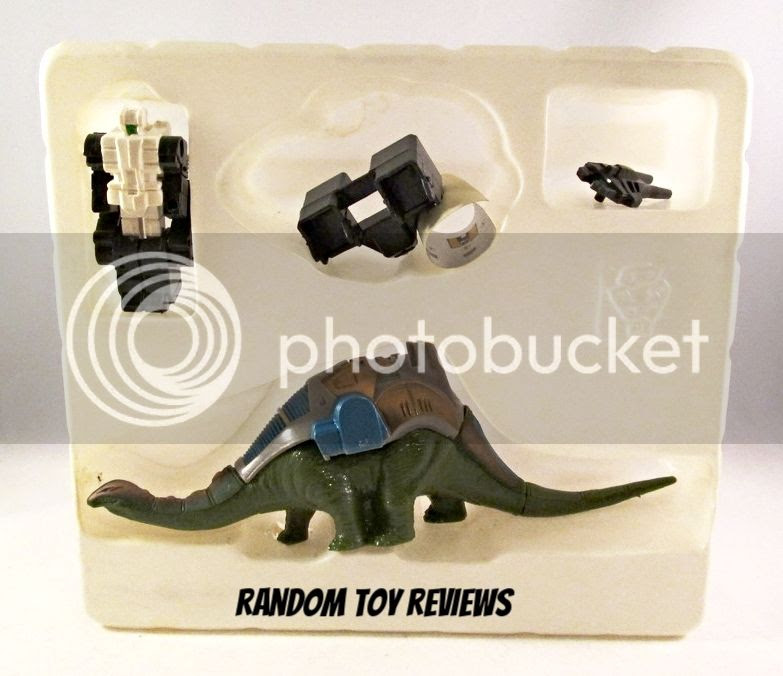 Finally, enough of the packaging - let's get to the toys! Not surprisingly the toy pieces are held in place inside the box in a very cheap, thin plastic tray. Rairyu's end tail piece was not attached so I find it interesting that whoever made these opted to package the Pretender shell fully intact. 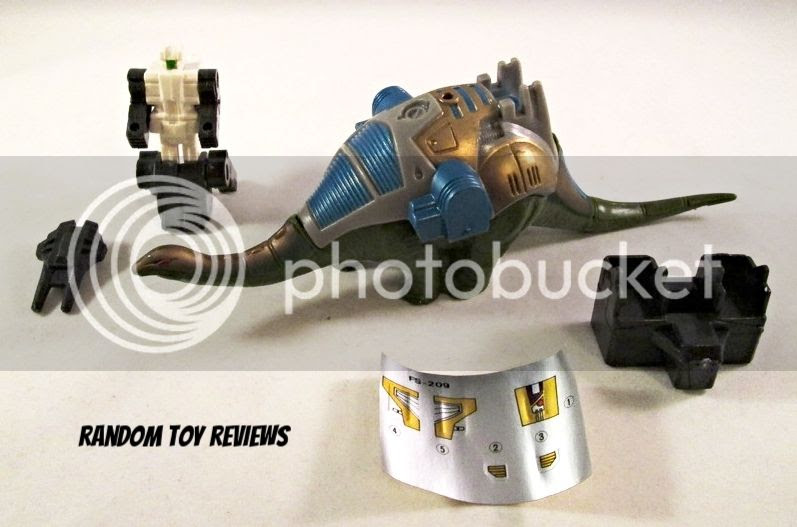 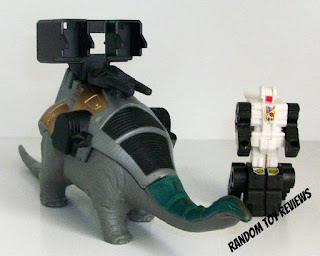 Astrodon actually differs quite a bit from his vintage companion, Rairyu. First the skin on the KO was changed from gray to green. The color of his armor also has been changed. The blue bits on Astrodon are black on Rairyu. Lastly the armor on the neck and head of the dinosaur was all bronze on the KO. It's hard to tell on the vintage version, but it too had some bronze but it was very common for it to wear off. 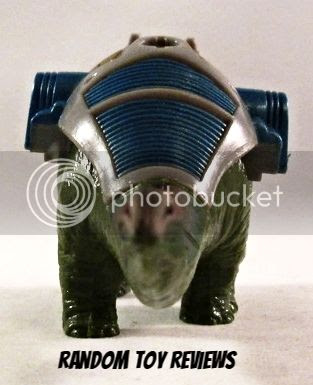 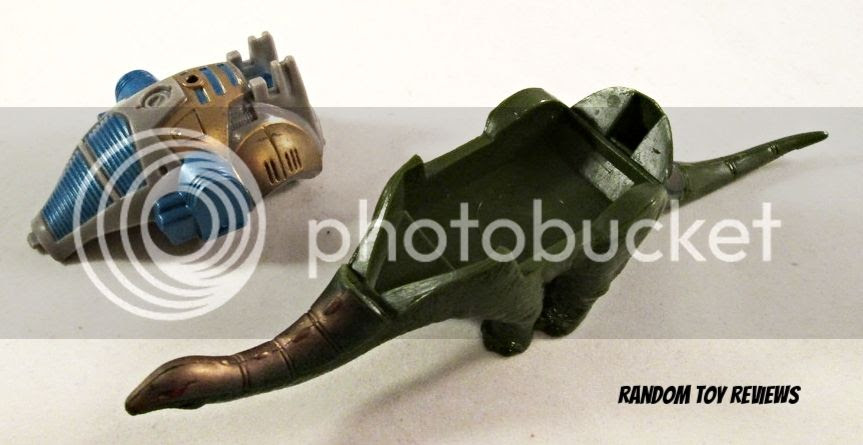 I am very happy to report that these shells don't have that slimy feel to them that the originals had (or at least mine had). These dinosaur Pretender shells are made a very nice plastic. Not too hard, not too rubbery. I had a little bit of a hard time getting the top part off the shell, but never did any part feel brittle. 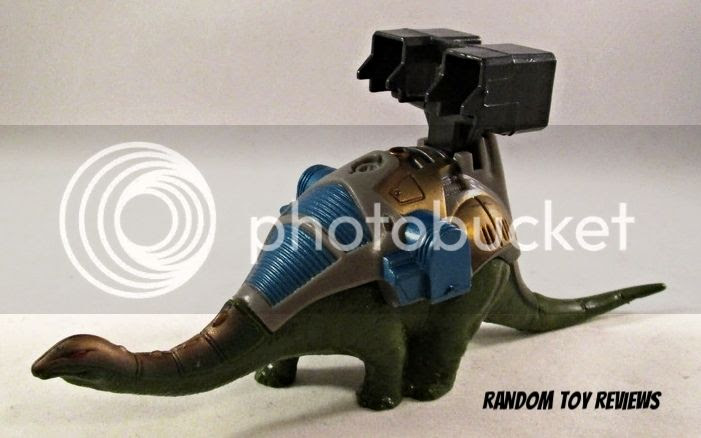 Just like the original, the combiner part pegs onto the shell. The hand gun can be attached as well, but as you can see I forgot to peg in the gun. I actually like the look of the combiner's waist piece plugged in as it gives the dinosaur a more menacing look. I imagine this piece was meant to double as rocket launchers. 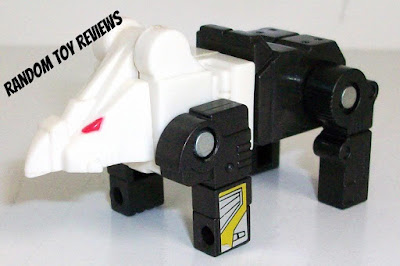 I still don't know what this alt mode is supposed to be, do you? The really aren't any variances between the two versions that I can see. The shades of white are nearly identical, I just had different set up when I took pictures of my vintage set. 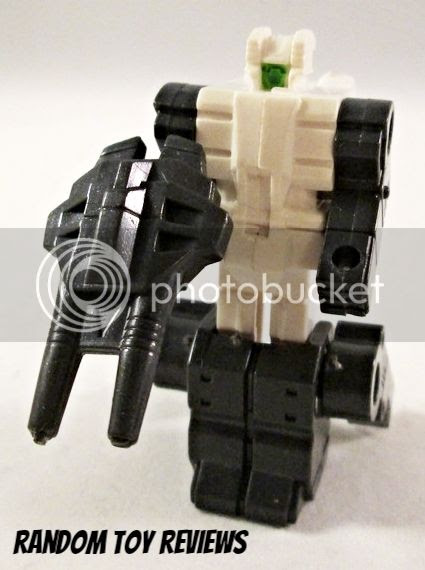 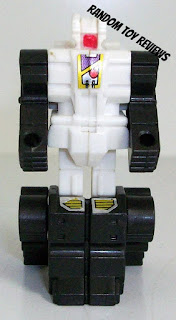 Upon my first inspection I didn't know that the color of the robot's face had been changed from red on the vintage to green on the KO. 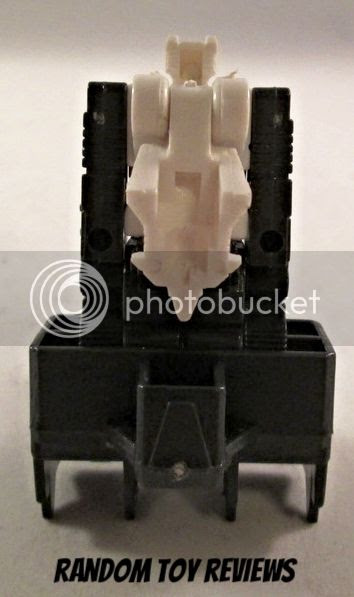 Astrodon attaches to the waist piece just like the original. It's neat the way all of these Micromaster sized toys attach to form the combined gestalt form.

I am very impressed with this toy and I'm actually glad to see there are some slight variances to the original toy. For a KO the quality of both the packaging and the plastic used is really nice. Some of the paint apps are a little off, but that is to be expected. Some may want to argue with me, but I think these Dinoforce KOs are harder to find than the Takara versions. Thankfully though I only had to pay about a third of what an authentic Rairyu would probably cost me these days.

As of this post, I've tracked down three of the six. Not sure how long it'll take me to find the last three, but I'm determined to complete this set.
at 8:30 PM