After spending time last weekend at the excellent HeroesCon in my hometown of Charlotte, NC I feel it appropriate to do a comic toy related post. While I didn't buy any toys last weekend at the show (I opted for the cheap comic boxes), this is one figure that I took photos of and edited quite a long time ago and just never got around to sharing. 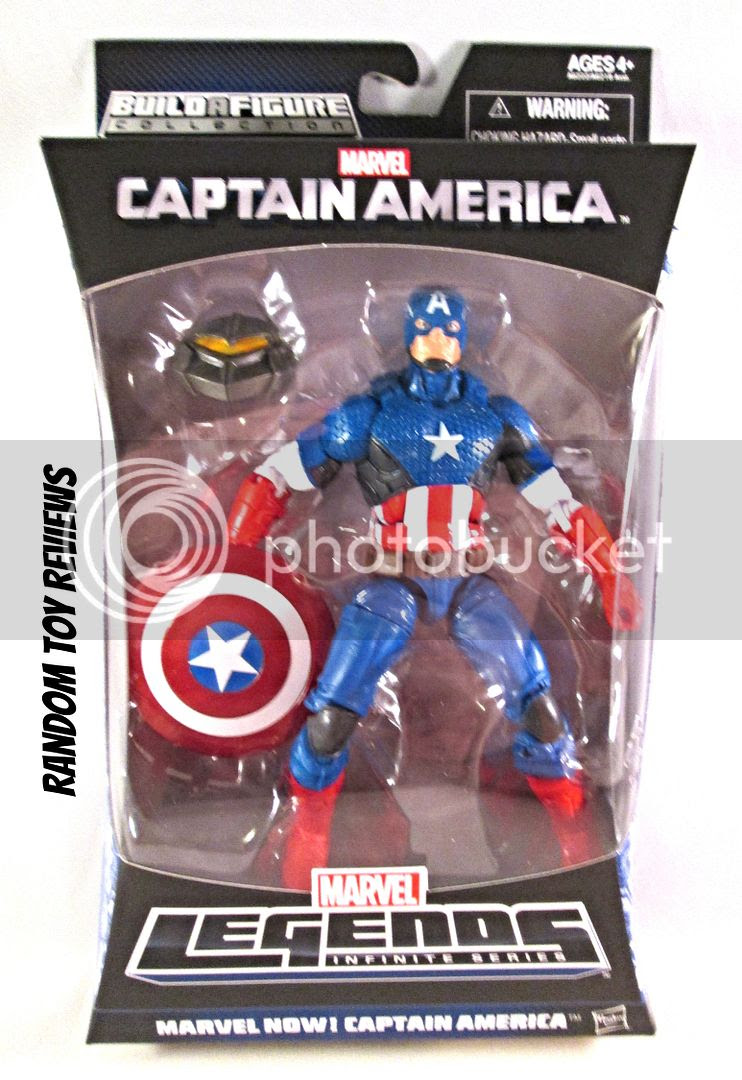 Released in conjunction with the Captain America: Winter Soldier movie, this is the first Marvel Legends series to get the "Infinite" treatment. Gone are the blister card packaging that Hasbro had previously been using since it took over for Toy Biz. In it's place are these sleek, black blister boxes I guess you could call them. One of the nice features is you can remove the toy and replace it back in the box later if you'd like for that 'MIB' look.

At the same time the new Captain America movie was coming out, the current promotion with Marvel Comics was called Marvel Now, hence the name of this figure. I quit trying to keep up with all of the modern Avengers comics so I can't comment to much on Marvel Now, other than the figure is based on is comic look of the time. 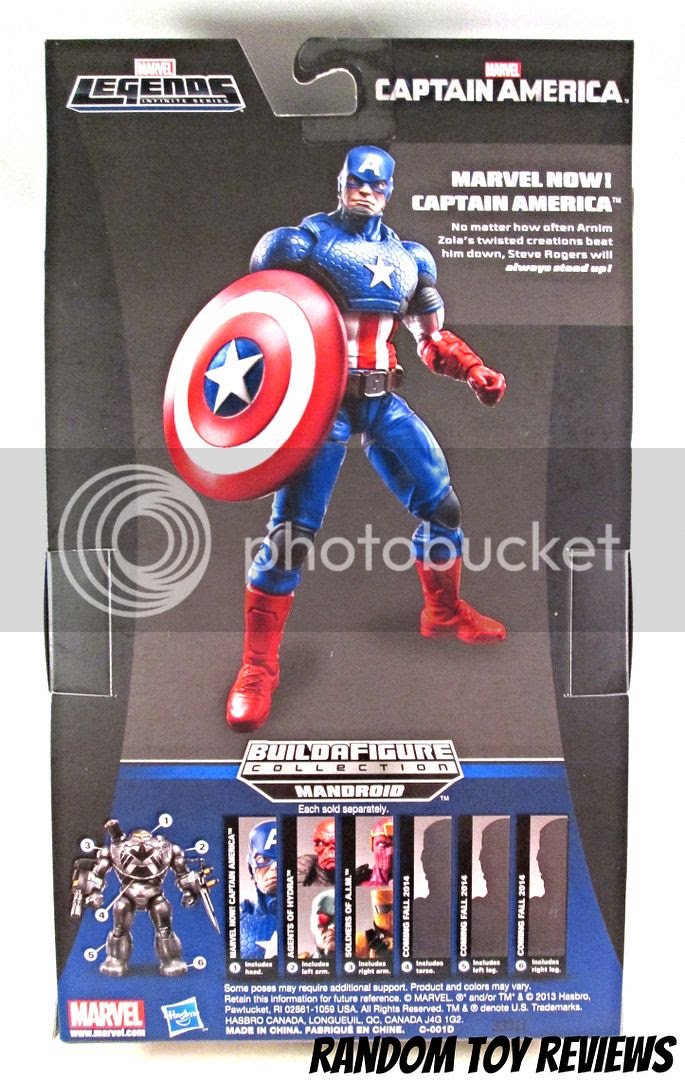 The back of the packaging shows off the figure as well as the other two figures revealed in the series, Agents of Hydra (Red Skull & Hydra Agent) and Soldiers of A.I.M. (Baron Zemo and A.I.M. Soldier). The other 3 figures in the series would be revealed later. Hasbro used this same idea earlier with their Marvel Legends figures released alongside the third Iron Man movie. You can also see this wave's Build-A-Figure character is Mandroid. 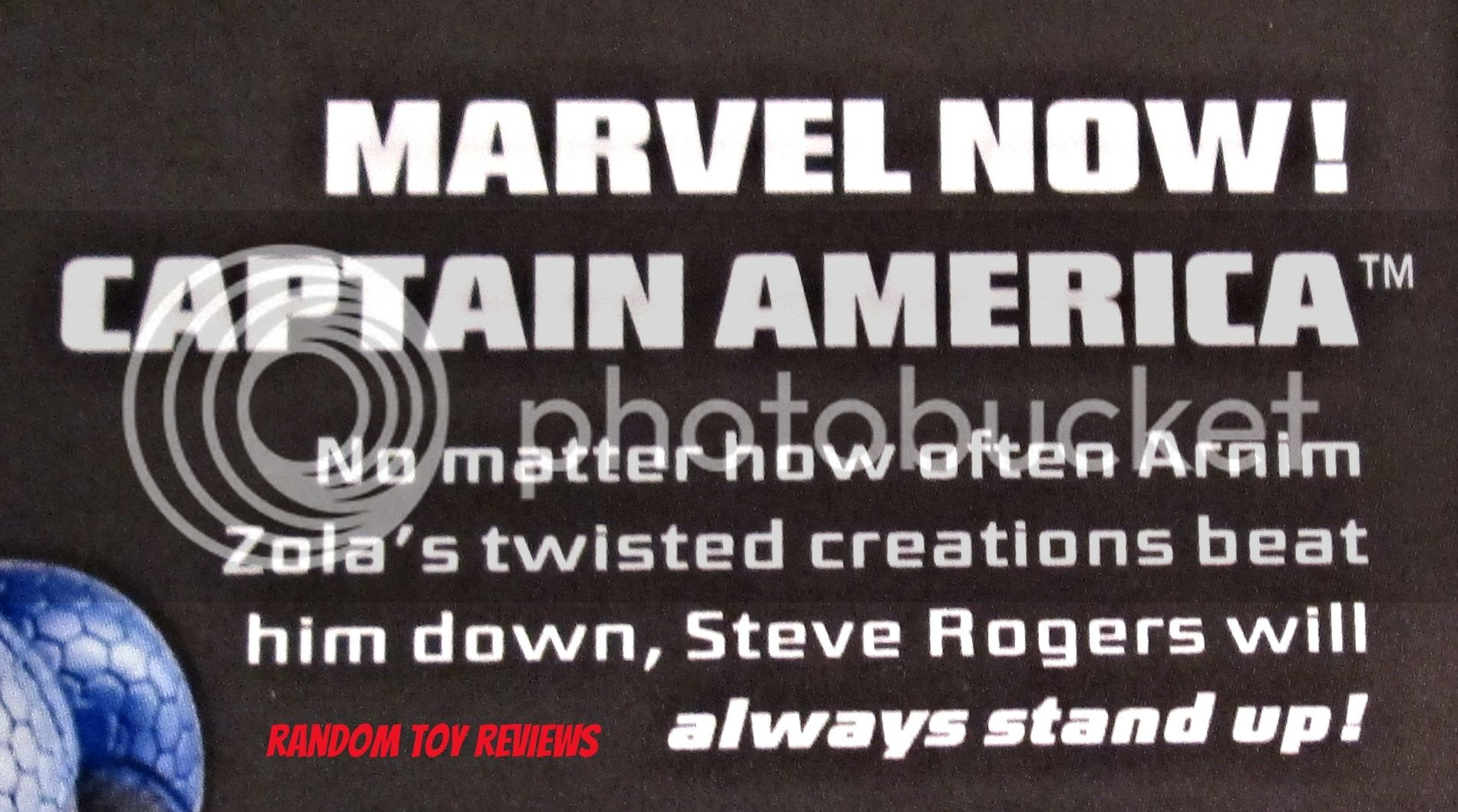 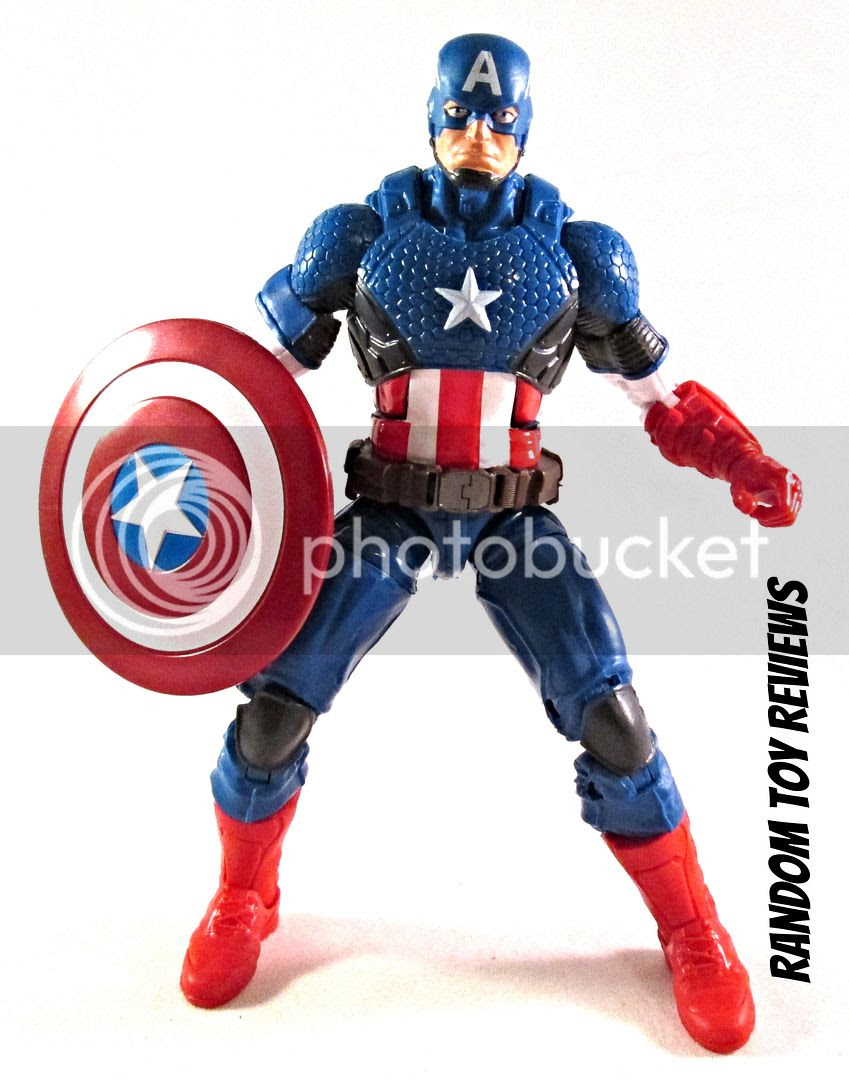 I've tried to narrow my Marvel Legends purchases to absolute favorite characters of mine or anything Spider-Man related. Cap has always been one of my favorite Marvel characters so I couldn't pass him up when I first saw him at retail. I actually like his modern look. It's a good mixture of classic and modern.

Thankfully he was fairly plentiful at retail as the paint applications on the figure were very hit and miss. It took me turning down at least 5 or 6 figures before I found one to my liking. This figure presents what you expect from a modern day Marvel Legends figure. Super poseable articulation all over, great design and decent accessories. Well I should say accessory as all Cap comes with is his iconic Vibranium shield, but then again Steve doesn't need anything else! 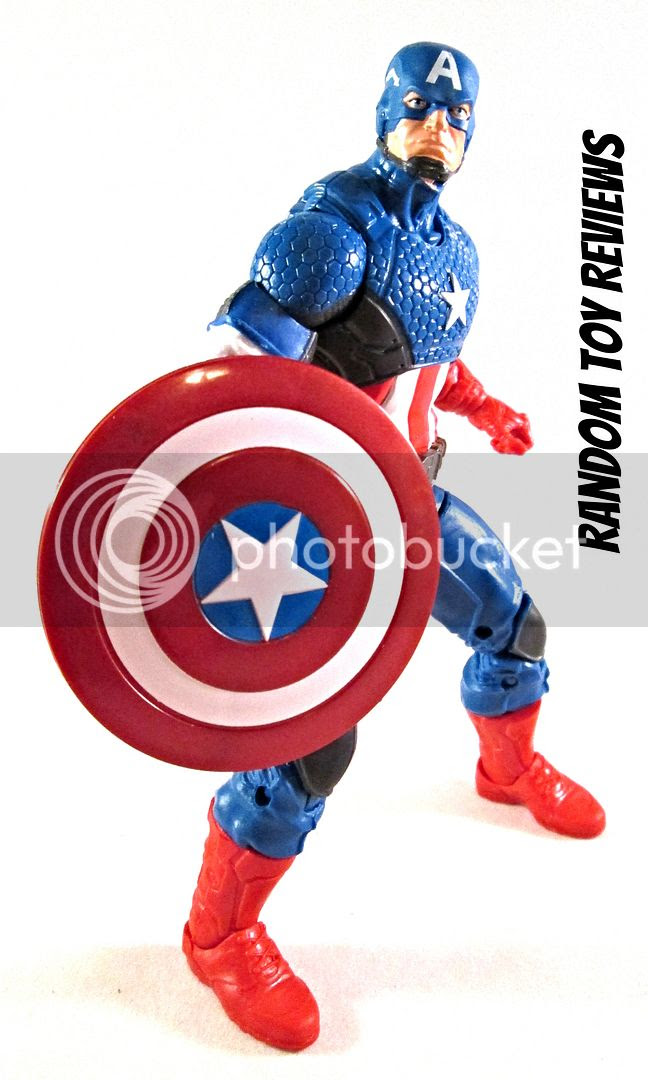 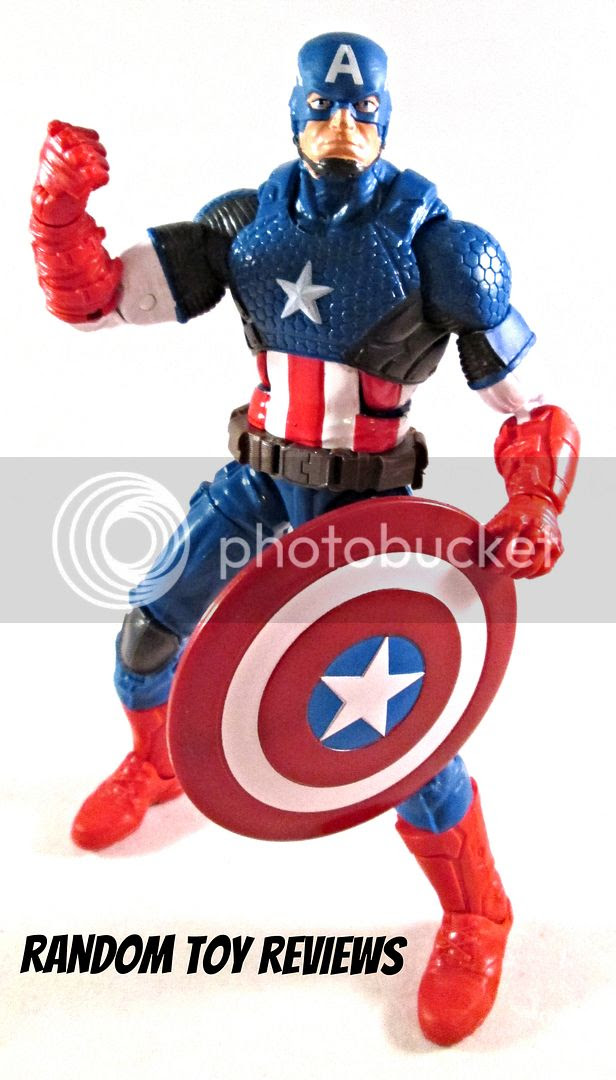 Like with previous figures of Cap, his shield has a little U shaped tab on the back that allows it to be clipped onto his wrist. I was a little surprised that the shield could also be gripped in his one open hand. 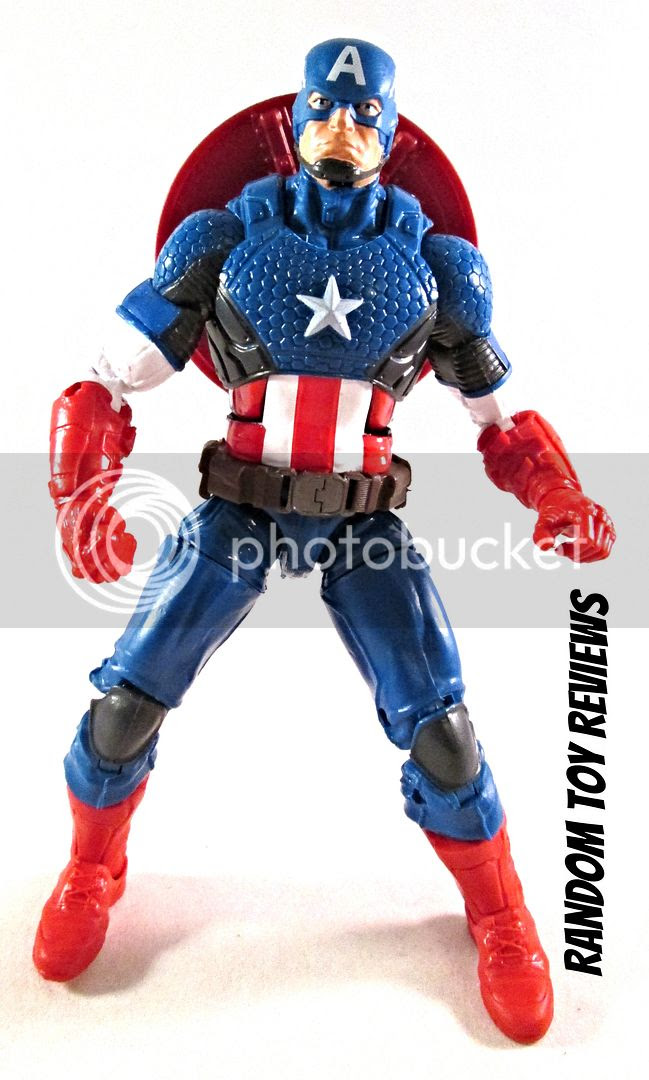 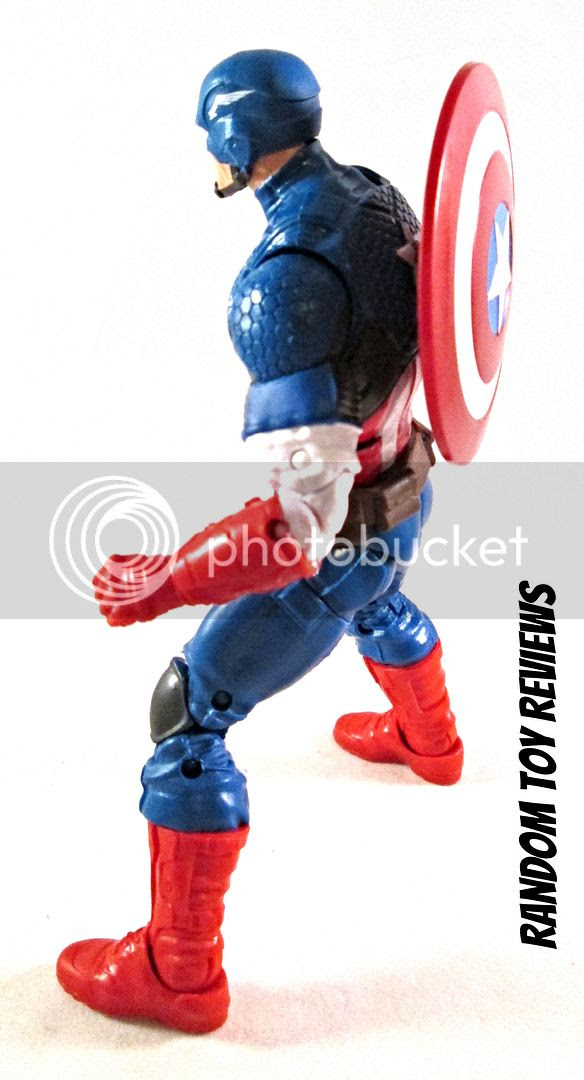 There is also a peg on the aforementioned U shaped clip that allows the shield to be placed on his back. I seem to remember other action figure versions of Cap had elastic straps on his shield to replicate the shield on the back look. This works much better in my opinion, but this also means the star on his back now has a peg hole dead in the middle.

Overall this is a great figure and one that I'm sure will survive my eventual Marvel Legends purge. 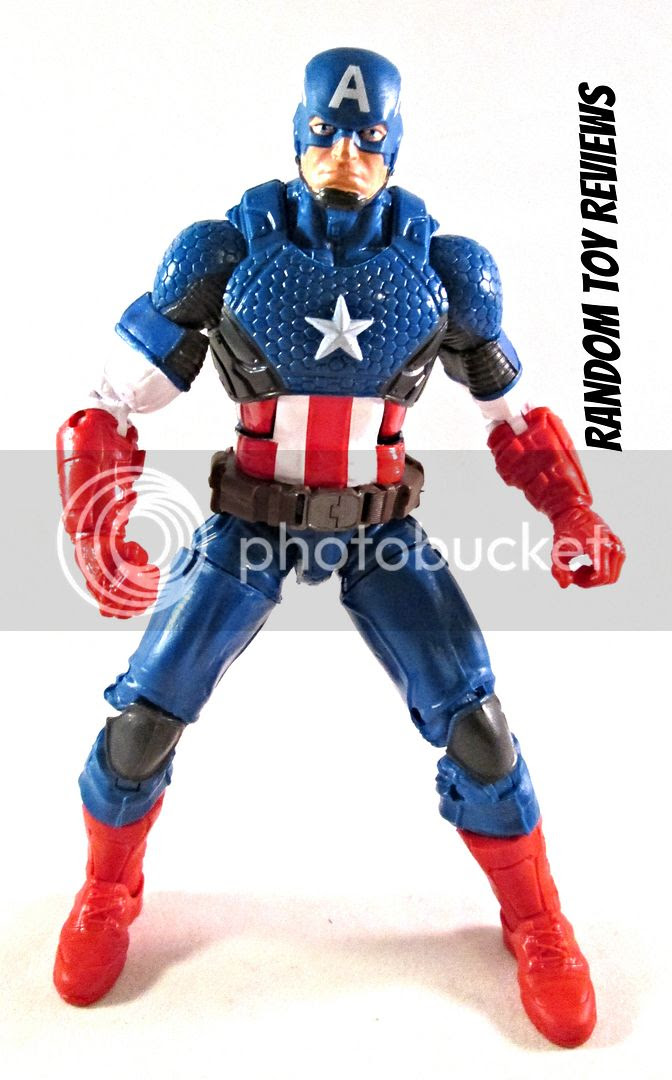 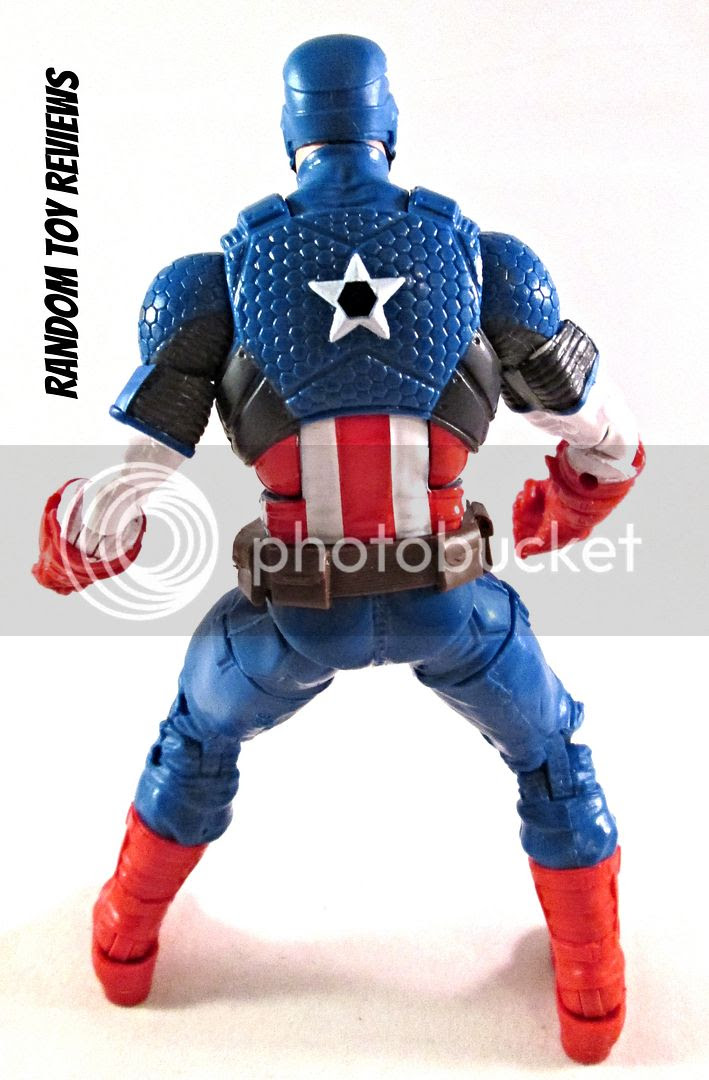