It's becoming ever so hard to keep up with all of the 3rd party items, let alone the companies making said items. Not that long ago it seems that yet another new company has thrown their name into the ring, that being DX9. Now I've heard they are the same or an off shoot of Unique Toys. I have no way of proving or disproving this, but from the quality of the item I have in hand; I can say these guys aren't messing around.

I've actually been sitting on this release for a few months now. Not surprising if you personally know me! However this was something I was very interested in and wanted to share for some time now. When DX9 first appeared on the 3rd party scene, they were showing off their Masterpiece scaled Gobots homage to Cy-Kill, Salmoore. While that release was tempting enough, I fought off the temptation. Little did I know however that this mold would be tweaked and released as Splinter, or Wreck-Gar to those of you not in the loop.

The Junkions, specifically Wreck-Gar were never high on my list of Transformers characters, or toys for that matter. I can remember when they were first introduced in Transformers the Movie back in 1986. I just thought they would be throw away characters...then Weird Al's "Dare to be Stupid" song cranked up. Oh yeah!

I only bring up Weird Al because now every time I see Wreck-Gar I associate him w/ Weird Al. Plus Al Yankovic supplied the voice of Wreck-Gar in Transformers Animated.

OK, back on topic. When I saw that DX9 had a Masterpiece scaled Wreck-Gar I knew I had to check it out. What surprises me is this release is a couple of months old now and yet I've seen very little coverage of it on Facebook, YouTube or even on fan sites I visit such as TFW2005.com or Seibertron.com. Well I aim to change that today with my very own post. 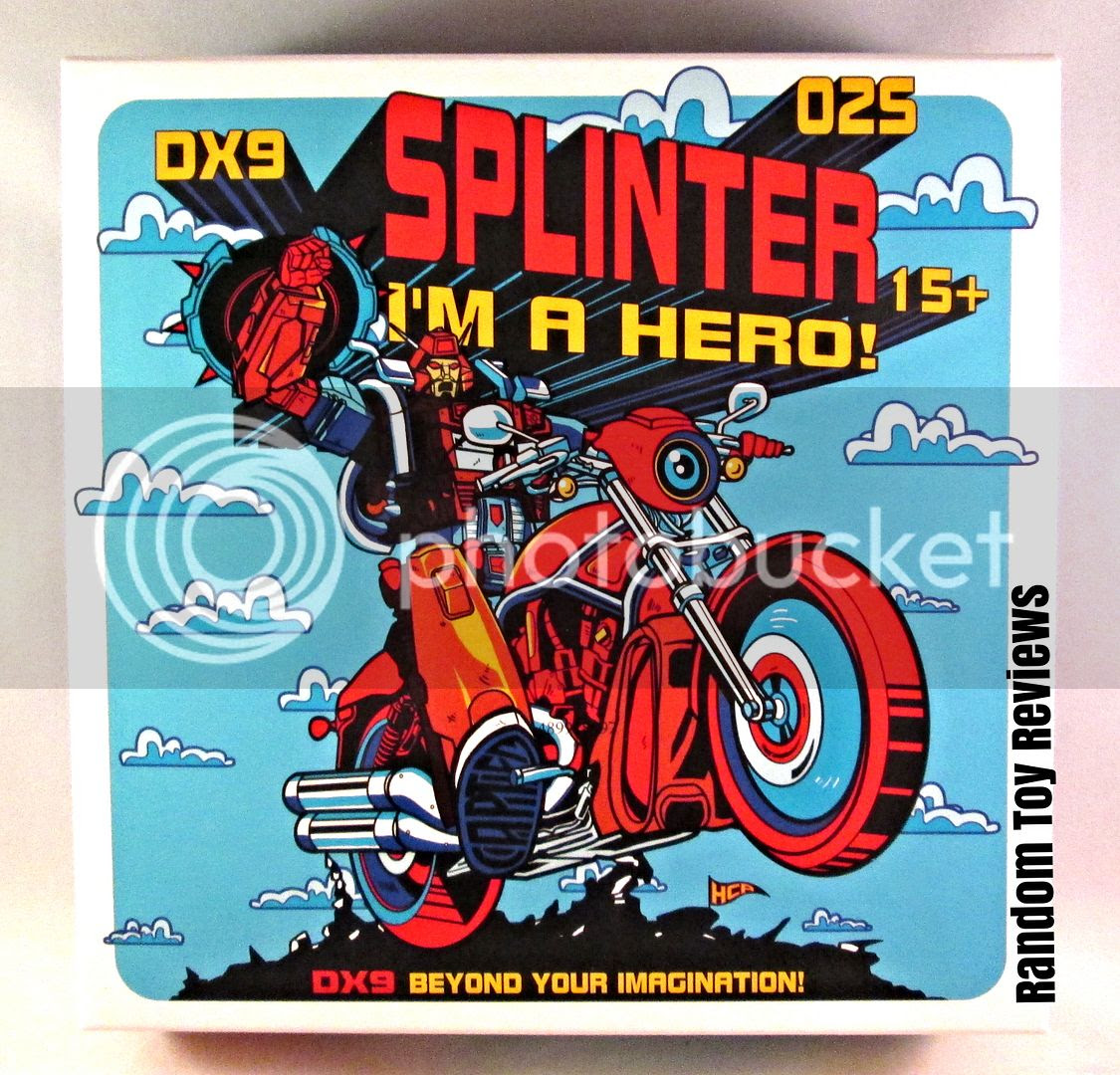 We've got to start things off by looking at the beautiful and colorful packaging. I hate it when companies skimp out on the packaging. Thankfully DX9 has given us a very vivid box. The comic style artwork with all the shades of red and orange, set against the blue sky background really works here. If this style was used for any other character outside Wreck-Gar I'm not sure I would say the same.

Bottom of the box 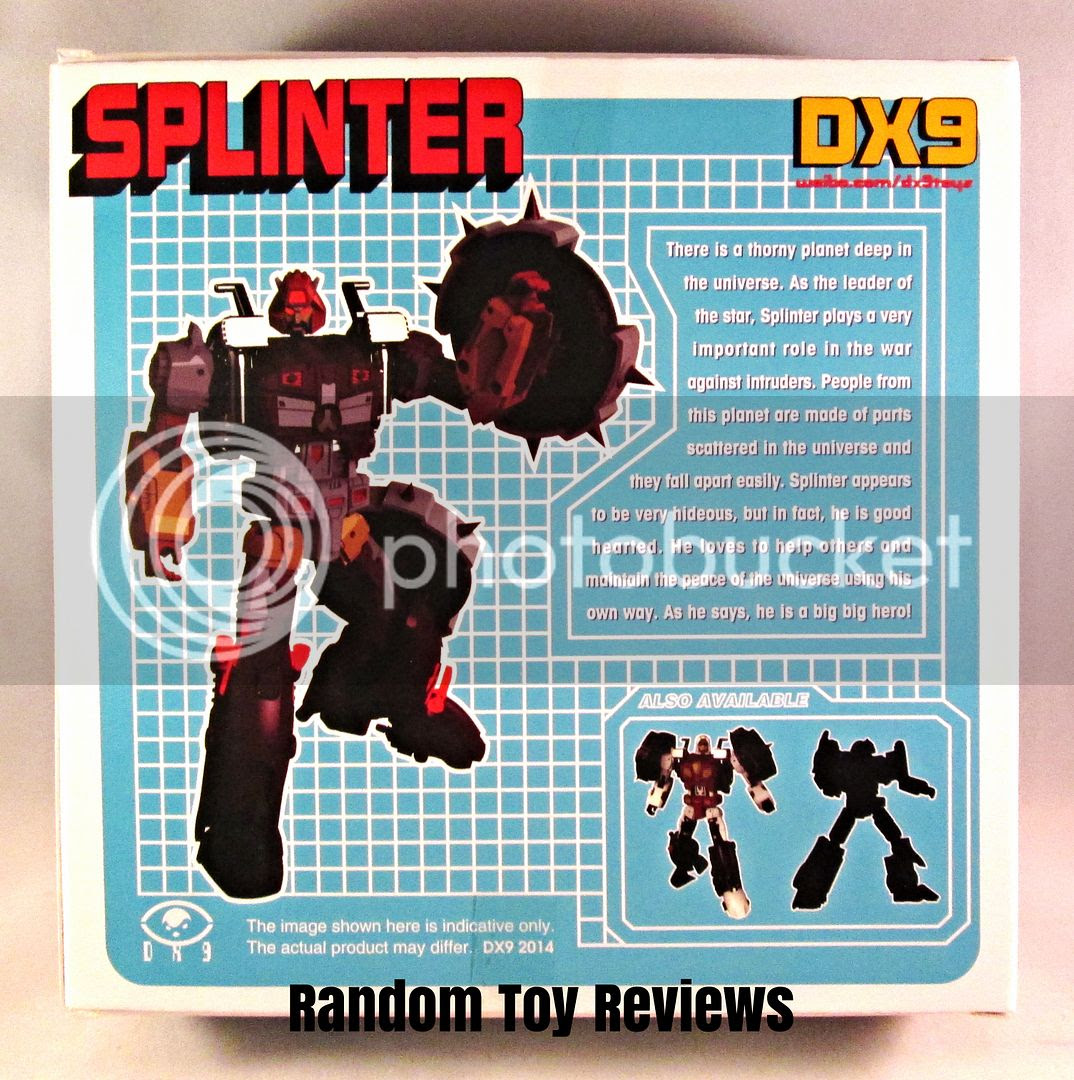 The back of the box features a full image of the figure, however it's a very dark image - almost as if it were a teaser image the company would use online to show off an upcoming product. There is also a bio and a cross sell in the bottom corner showcasing Splinter's mold mate, Salmoore and a black silhouette of their next release; now known to be Invisible, a homage to Mirage. At least his bio holds true to his original G1 self. Well except for many that he hails from a thorny planet! 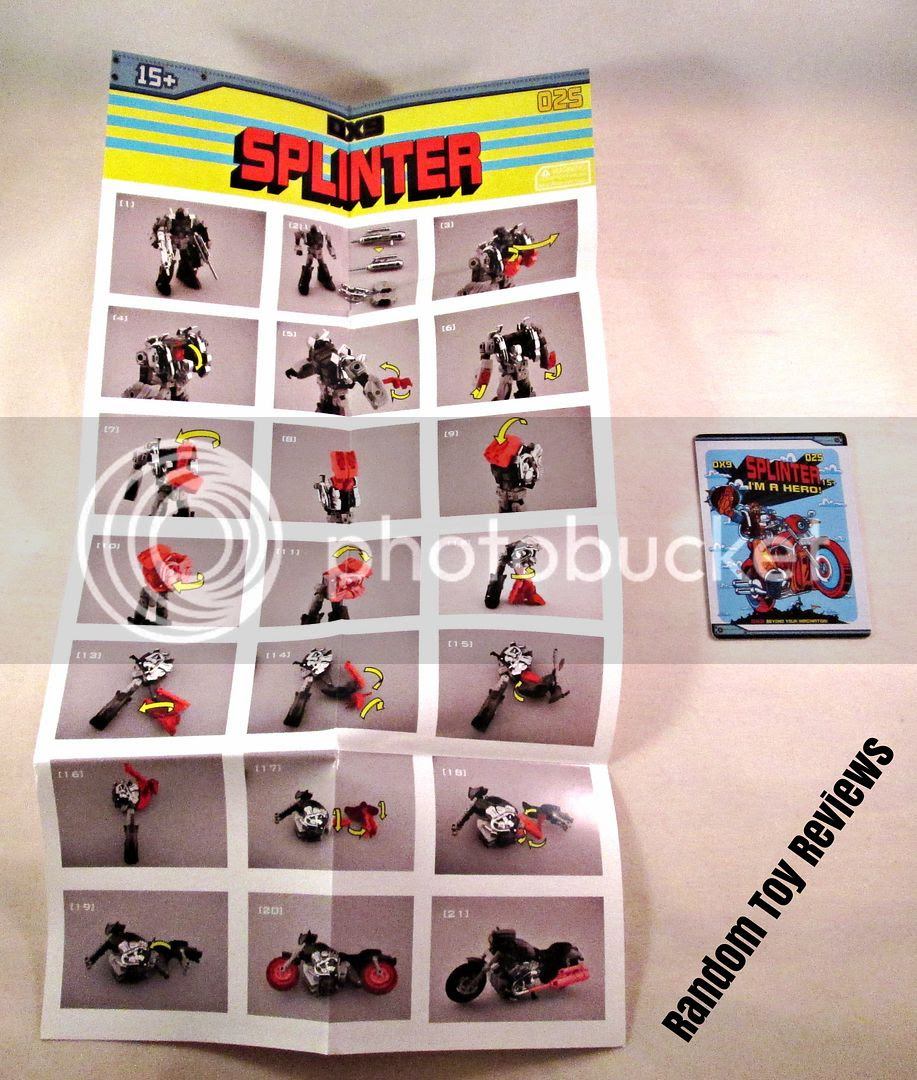 The instruction sheet is very large and the layout reminds me of what ToyWorld does. However the images are bigger, clearer and easier to decipher the step to get the figure from one form to another. The included bio card uses the front box art on a thick plastic card. I love it. Speaking of the card, I still need to get it scanned in for my side project, the Transformers Bio Card Database. Inside the box you'll find a form fitting black plastic tray with a clear plastic lid. Tucked inside is of course Splinter, two exhaust pipes / guns and two wheels with detachable spiked armor. 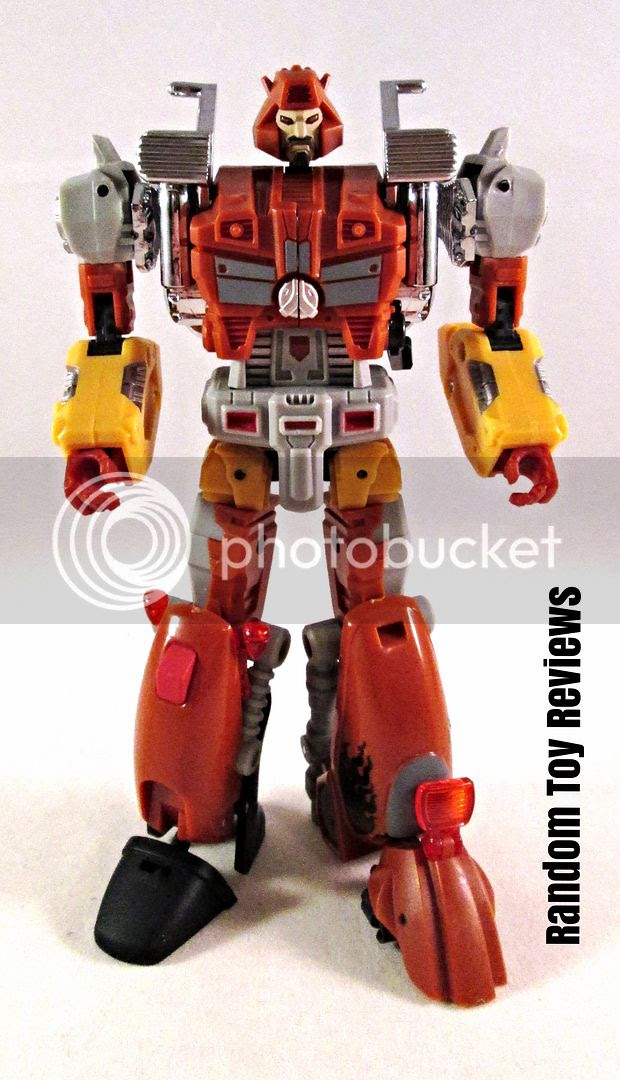 Right out of the packaging I could tell I was holding a very nice figure. It's got some heft to it, but it's not a brick. You can just look at all of the sculpted detail, the articulated joints, the die-cast engine (yes, I said die-cast) and you can know this figure is a love letter to the fans.

I took more pictures for this review than I normally would, so I hope I can let some of the pictures do the talking. 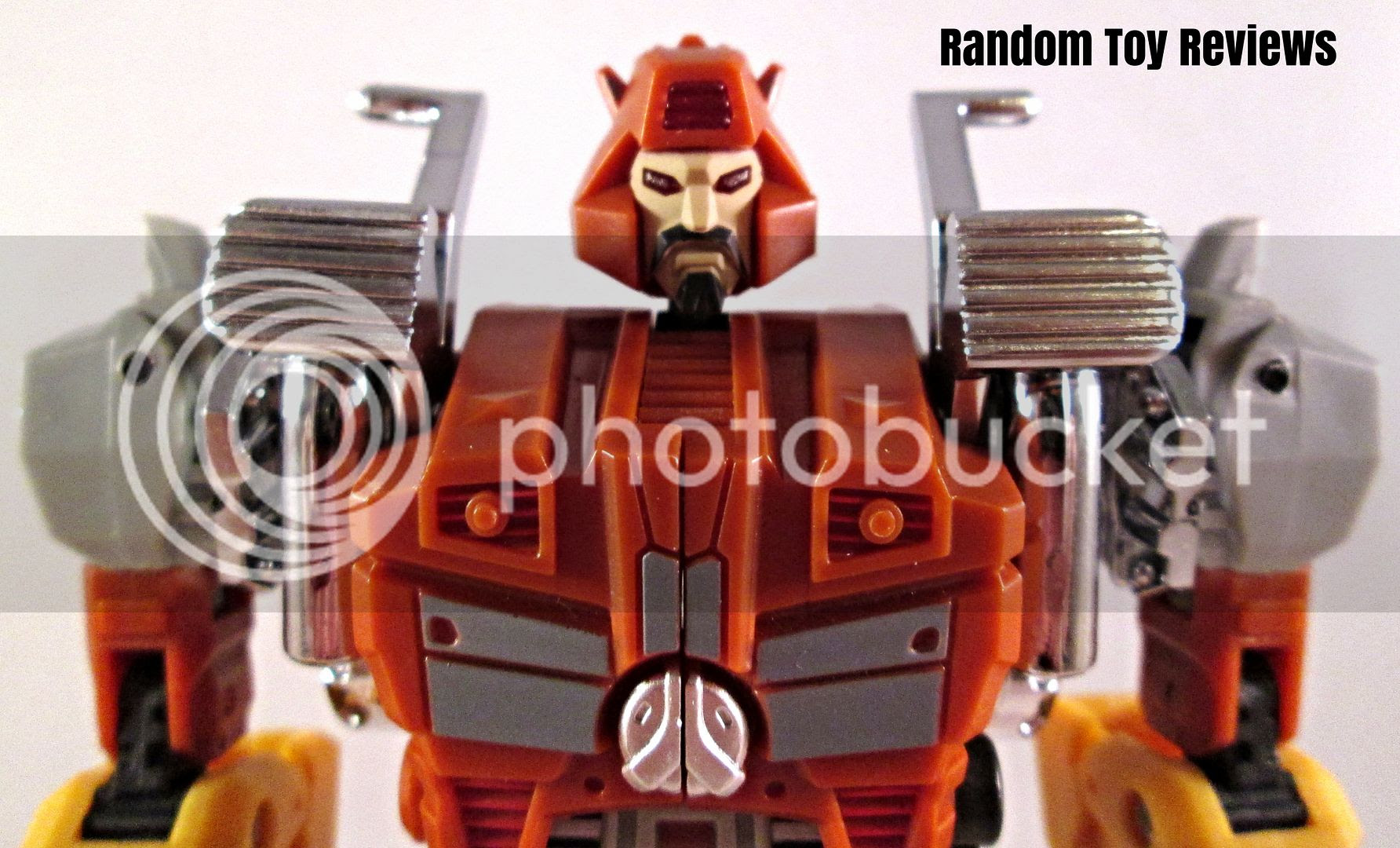 While some liberties have been taken in the overall character design, there is still no doubt who this is. I particularly love the head sculpt and I think they nailed Wreck-Gar's likeness. However the head sits on a ball jointed neck that is just a tad too tall and makes it look like the head is floating. I would have also liked for there to be some light piping for the eyes, but these are minor details I can easily overlook considering how nice the rest of the figure is. 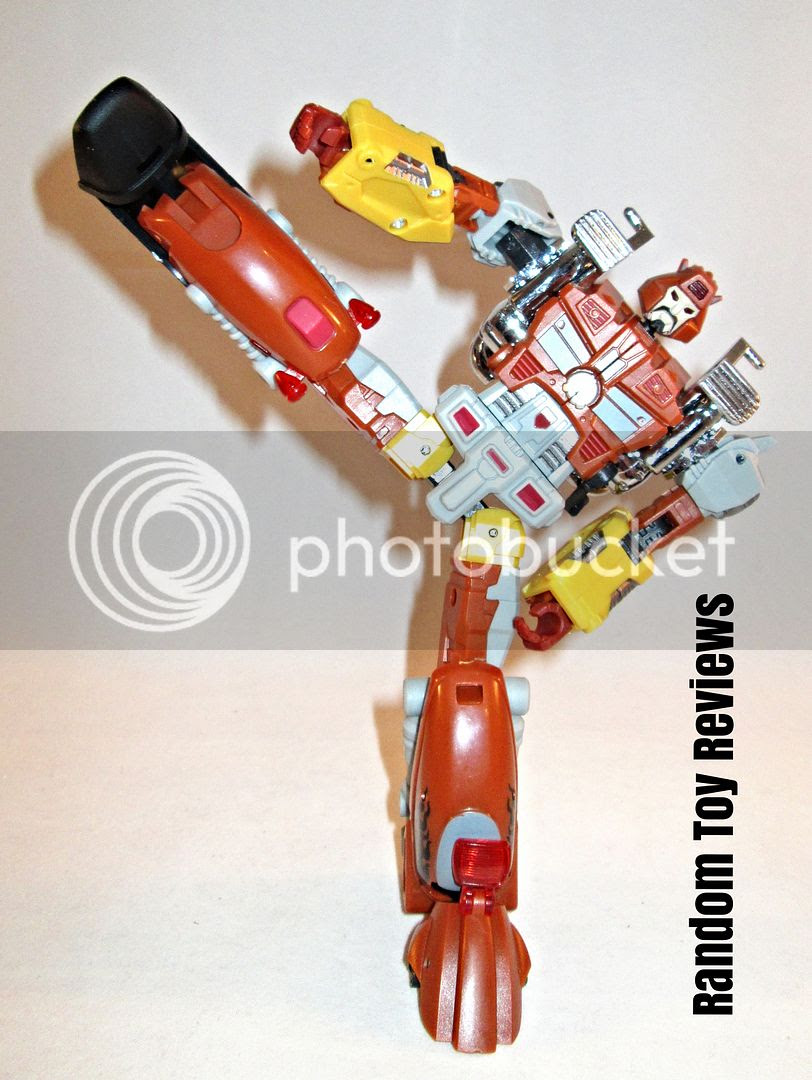 Modern Transformer toys should be poseable and Splinter does not disappoint. With the inclusion of the die-cast you may think the figure is a little top or back heavy. While there is a noticeable difference in the figure's weight when compared to say an official Takara Tomy Masterpiece figure, it doesn't effect the stability of the figure. As you can see from the now standard karate kick pose, Splinter can easily stand on his own...even on one foot. 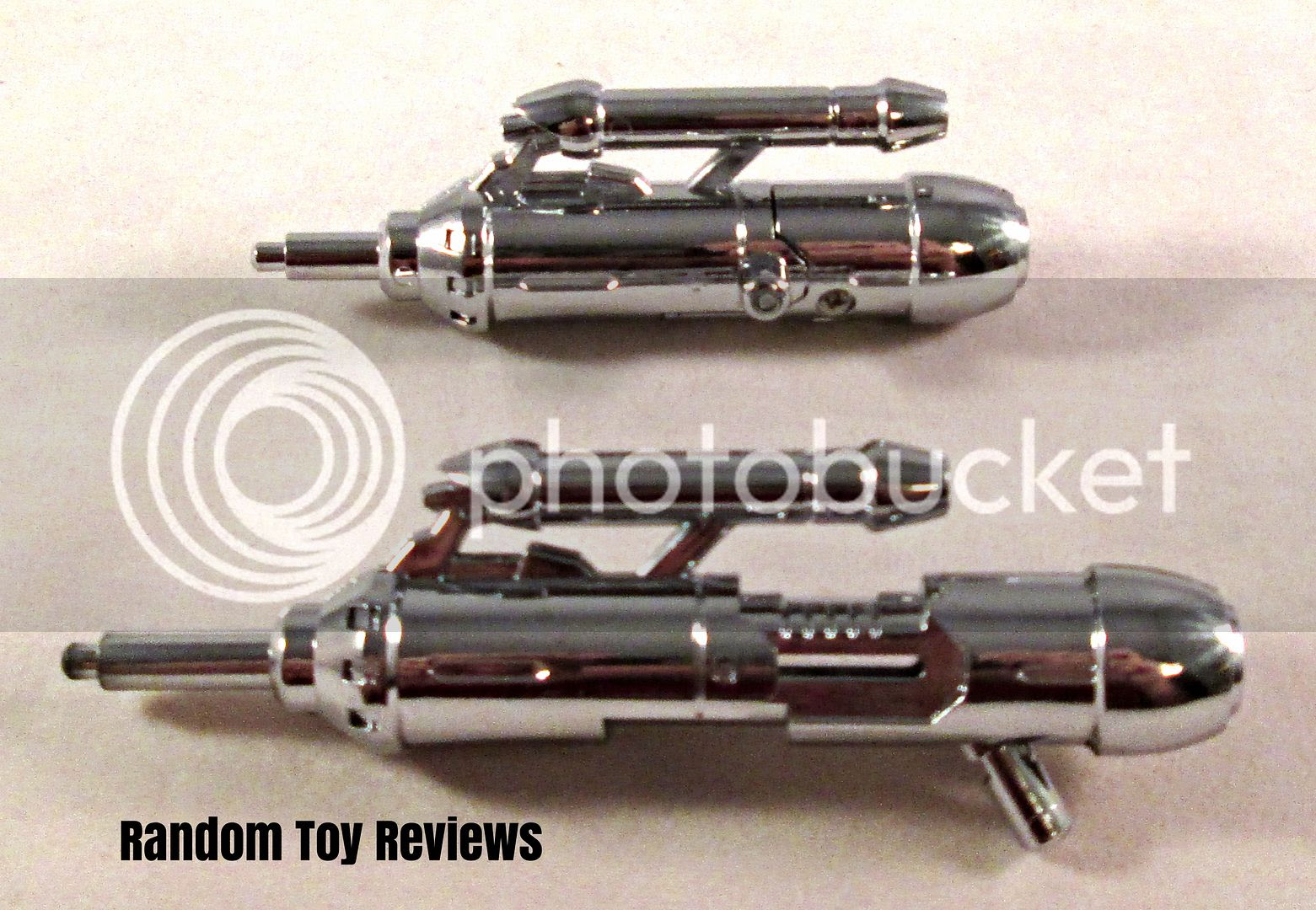 Splinter's weapons also double as the exhaust system while in motorcycle form. I like it when the weapons are integrated or stored in alt mode. Now as part of the motorcycle the piece doesn't really look like a weapon, however with a simple transformation you now have a nice looking rifle. Flip down the hand peg from underneath, extend the body as well as the barrel of the gun. Thee shiny die-cast guns are now ready for Splinter to wield. 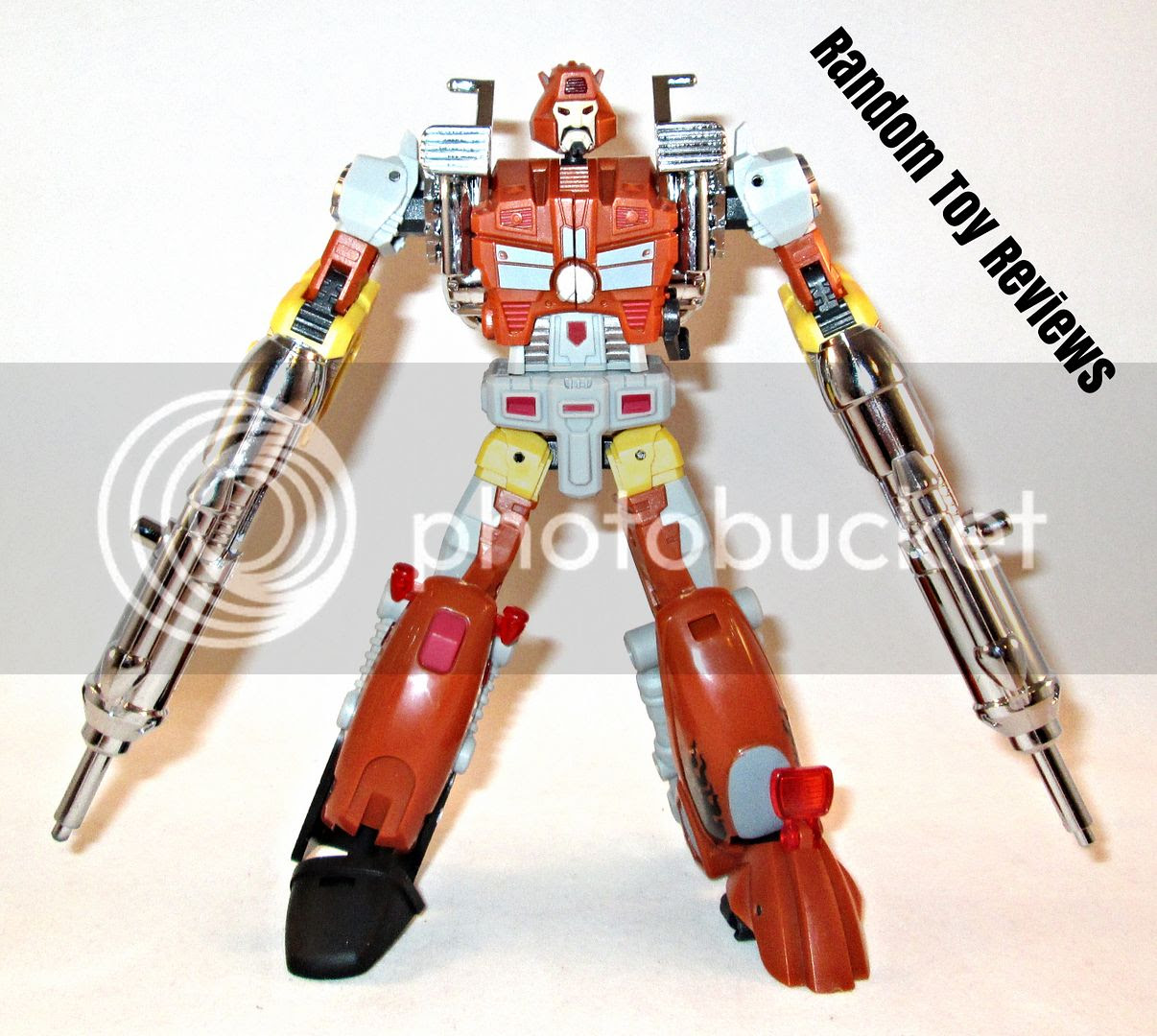 We all know Wreck-Gar learned to speak English by watching television, so here I imagine him saying something with a Clint Eastwood dialect. The wheels are detachable so you have a number of ways you can customize the look of the toy. I believe this was done for a few reasons. 1) This mold was originally a homage to the Gobots Renegade leader, Cy-Kill, who wore his motorcycle wheels on his shoulders. 2) It helps with the transformation having the large wheels out of the way.

The spiked armor bits fit over the wheels and they can be positioned with the spikes facing forward (as pictured) or up and down. These armor bits don't fully cover the wheels. The spikes are incredibly sharp so use caution when handling them. The original G1 toy's motorcycle form always looked odd to me what with Wreck-Gar's feet just kind of hanging off the sides. Splinter's alt mode however remedies that original design and pulls off a very nice looking modern bike. I'm not a motorcycle expert, but this thing looks like a Harley Davidson to me. Note the trademark flames still remain on the sides of the gas tank.

I'm sure the question a lot of people may be asking or wondering is how does Splinter scale with other Transformers. Well I wanted to include a few pictures with his G1 self, but sadly my G1 Splinter is incomplete so I left him out. However I grabbed several different figures for the comparison shots. 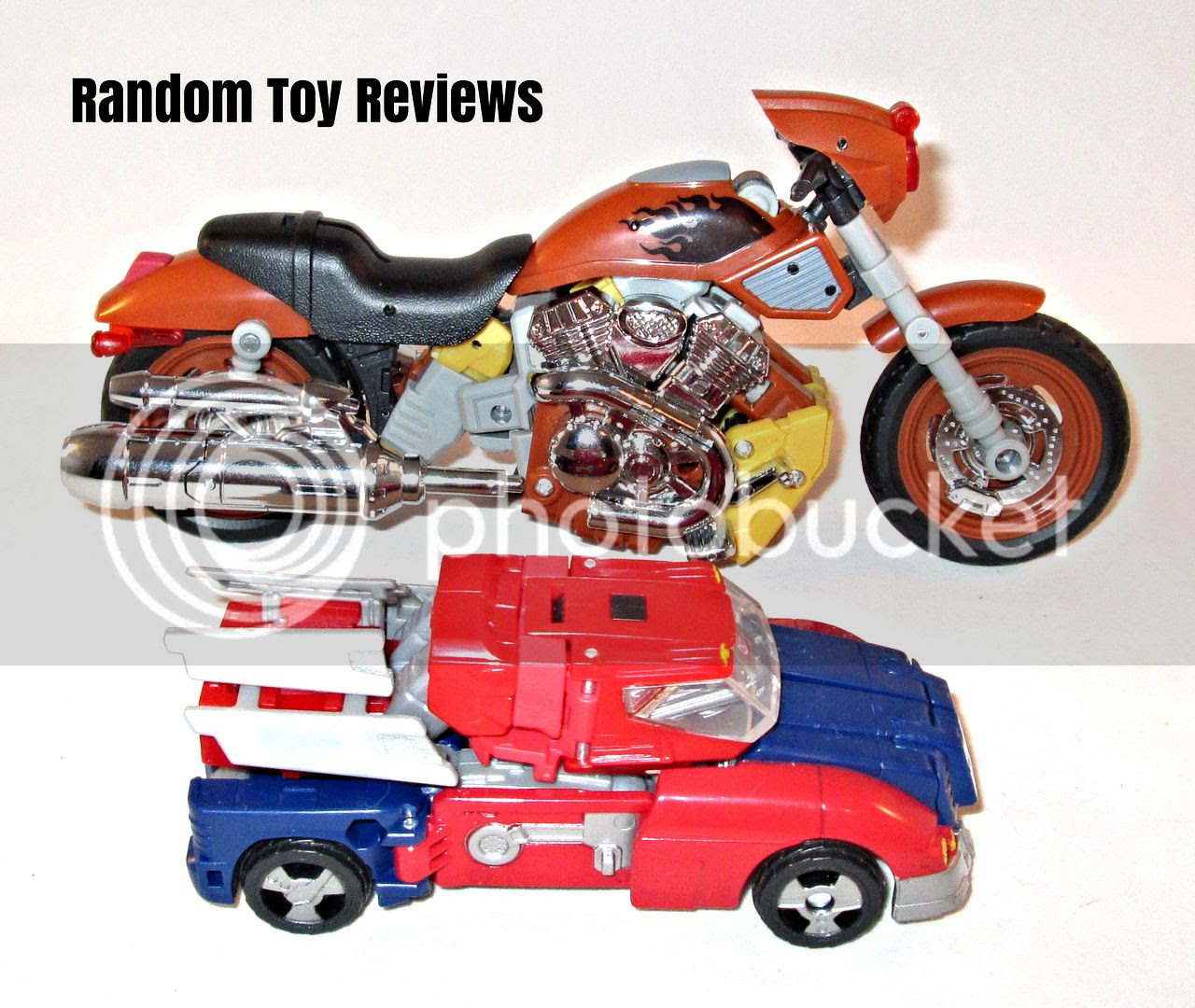 Splinter is a good bit larger than most of the current Generations deluxes so right off the bat I don't think he scales that well with the modern TFs. However I'll let you be the final judge. 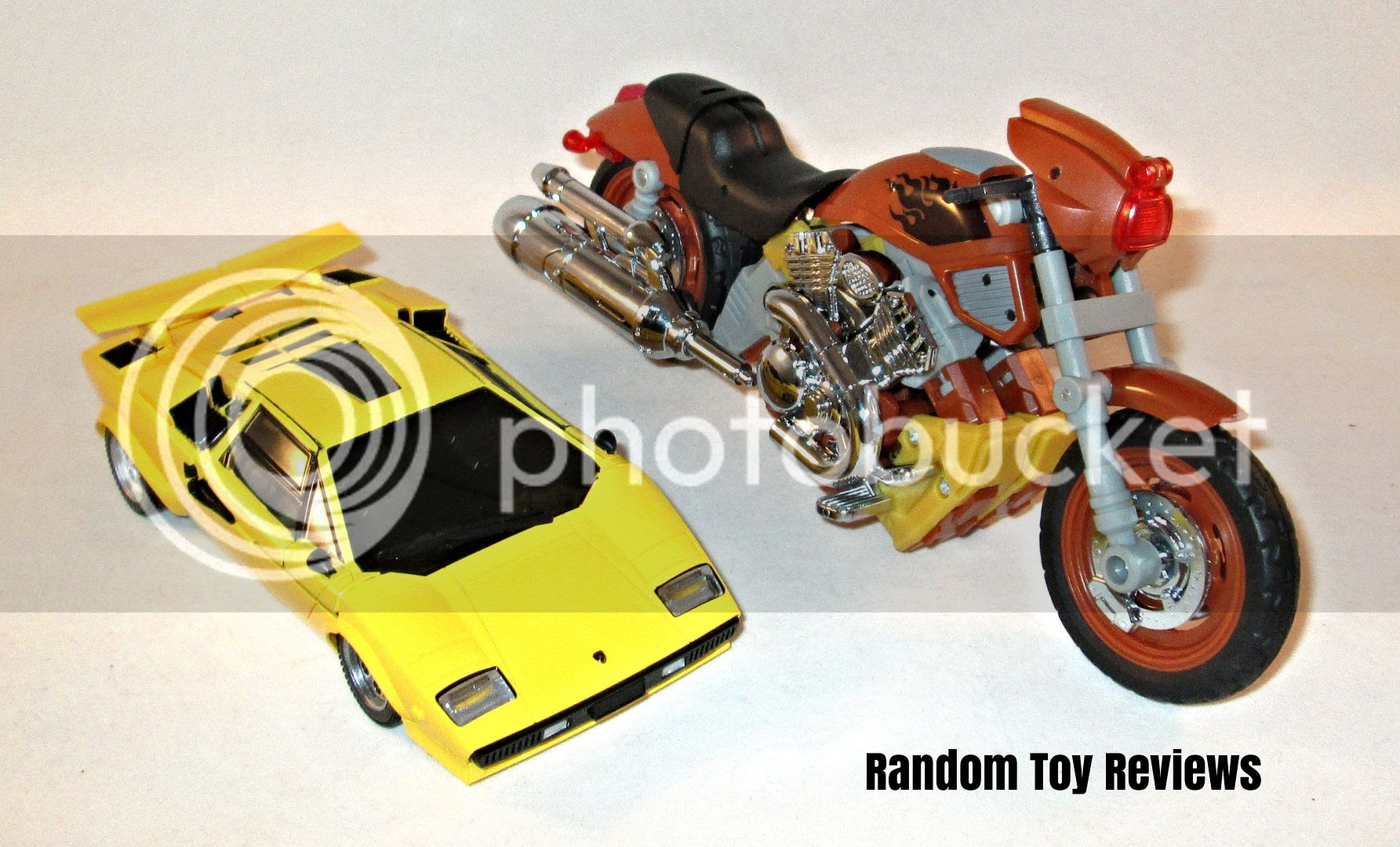 Splinter scales better with Masterpiece figures in my opinion, yet in alt mode he still appears to be a tad bigger than what I prefer. However don't give up hope yet! The robot comparison pictures are up next! Splinter and one of Unique Toys' Sharkies Now this is much better! He even looks great aside Cubex's Huff


All in all I think this is a very solid figure and it gives me hope for future DX9 releases. I believe my cost was right around $70 before shipping and I believe that was a reasonable price, especially when compared to other similar sized figures. Good strong plastic, lots of sculpted detail, rubber tires, die-cast metal all add to the quality build of this figure. I've currently got him on display with my Masterpiece Autobots and I love the way he blends in. Hands down one the best 3rd party figures I've purchased in 2014. 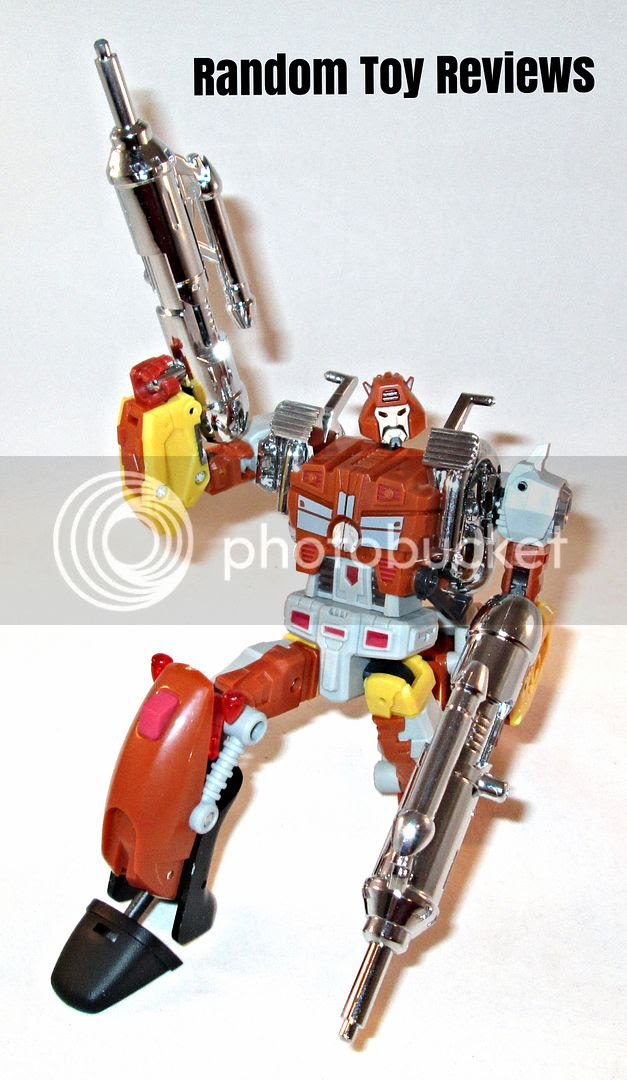 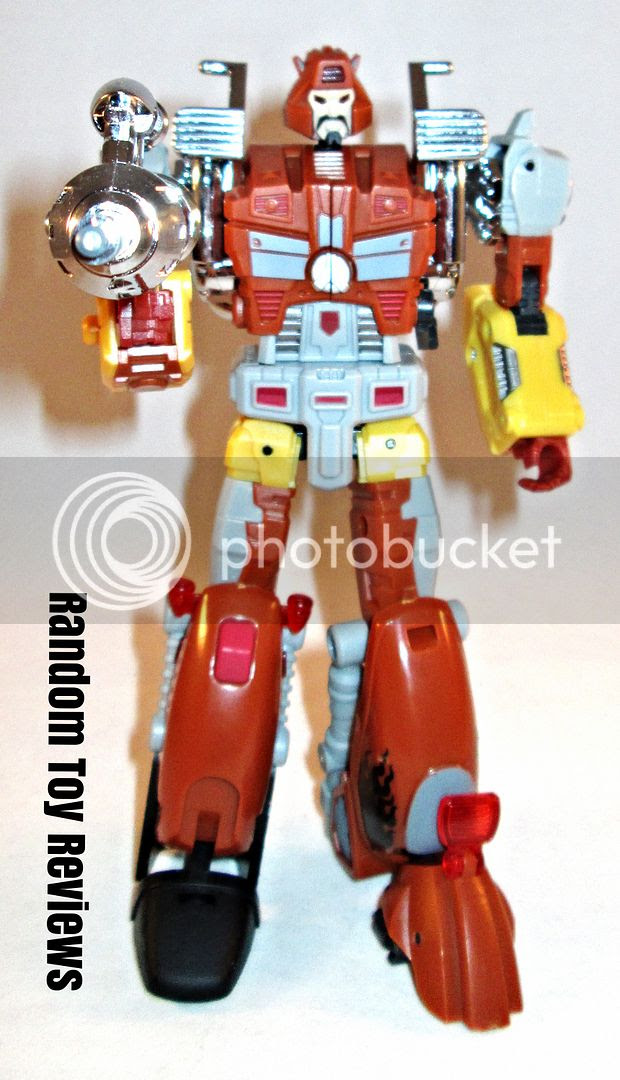 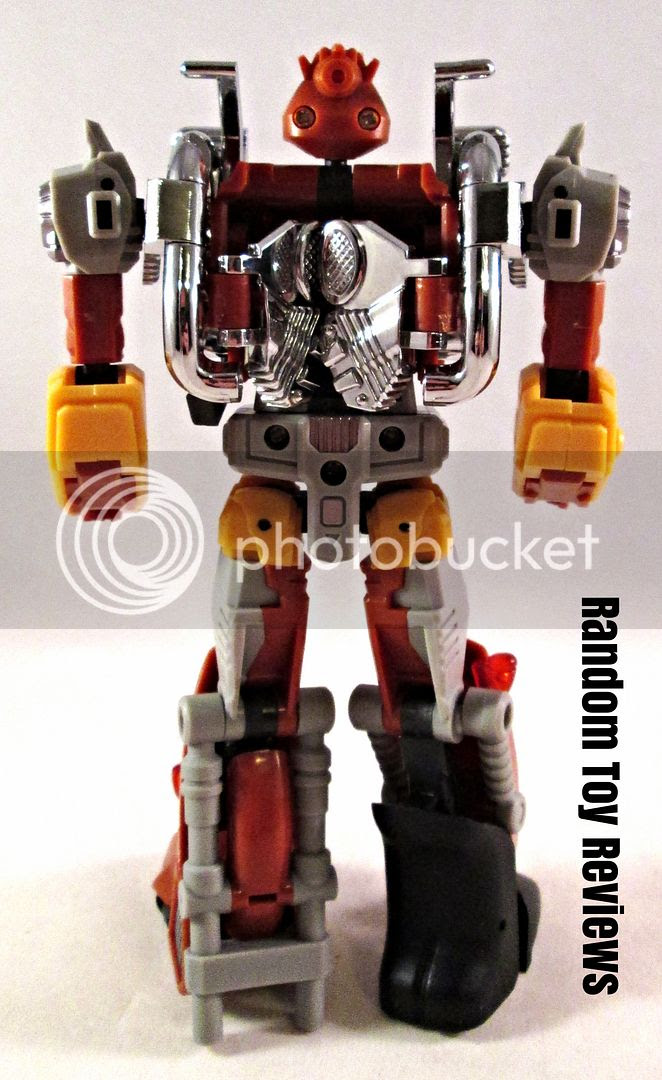