Earlier this month I said farewell to a group of Transformers that easily was the feather in my cap.  Dinoking.  I've told the story of how I acquired them when I did a review of each Dinoforce member last year, so I won't bother to repeat myself.  I had always viewed these guys as "off limits" and I never entertain the idea of selling them.  Funny how things change as we grow older.

When I started collecting I was younger, not married and the prices of vintage TFs were by far cheaper than what they are today.  I was on a quest to obtain all of the Pretenders, both US and Japanese releases.  At the time I started I knew little of this group, but as I researched them my interest in owning them continued to grow.

A few months back I started my own big collection purge, devoting more shelf space and attention to G1.  During this re-organization phase I decided to also reset my one lone Detolf cabinet where most of my Japanese G1 exclusives reside.  It was during this time that I was yet reminded of just how "unstable" these Pretender shells seem to be.  I was first reminded of this almost a year ago when I carefully transported my set of Dinoforce Pretenders to put on display at Charticon 2013 in Charlotte, NC.  As I was packing them up for transport, I noticed the rubbery dinosaur Pretender shells had left oily foot prints on the glass shelf inside the case.  It also appeared that some of the gold paint on parts of the shells and the backpacks were starting to fade.  This got me thinking about the longevity of these toys.  The US Monster Pretender versions of these toys seem to share this same fate, however some of those shells are starting to get purple dots setting into the rubbery shells.

Even though I had marked these guys in my mind as being off limits, their secondary market value had risen since I acquired the six and there were times I just couldn't shake the thought of what I could do with the money had I sold them.  When life is going well it's easy to push things like the value of your collection to the side, but when life ain't so pretty...well sometimes things like this slowly creep back into your mind.

I've made it clear to my wife that while I don't prefer selling things from my collection for just any reason, I'm not the kind of guy that will let my family suffer (financially).  My dad didn't raise that kind of person.  In just the last 5 years since my wife lost her job around the same time we started a family, I have been the primary bread winner so to speak.  Trying to make ends meet and support 3 other people all while trying to maintain a hobby hasn't been easy, but we've made it work.  I've sold a great deal of toys over the years to make ends meet when things fell a bit short, but it was something that I was glad to do.  So now you're probably thinking Dinoking fell casualty to me being short and needing cash to pay some bills, right?  Nope.

Dinoking is the first major sale I've made where my decision to do so wasn't because of a need, but of a want.  Yes, you read that right.  I wanted to sell Dinoking.  I still love Transformers and I still love collecting, but sometimes there is just a time to say goodbye and this was the time...assuming I could find a buyer.  Once the decision was made, I told my wife what I had planned to do and she asked if I was feeling alright!  She knew how I felt about these toys and asked why I was selling them.  I told her that I wanted to spend the money on her, well us.  This upcoming January will mark my wife and I's 10th wedding anniversary and I wanted to do something special.  With finances already being tight as is, planning something big just doesn't happen very often for me and my family.  I knew if I sold Dinoking that I'd have more than enough money to do what I wanted to do for my wife. 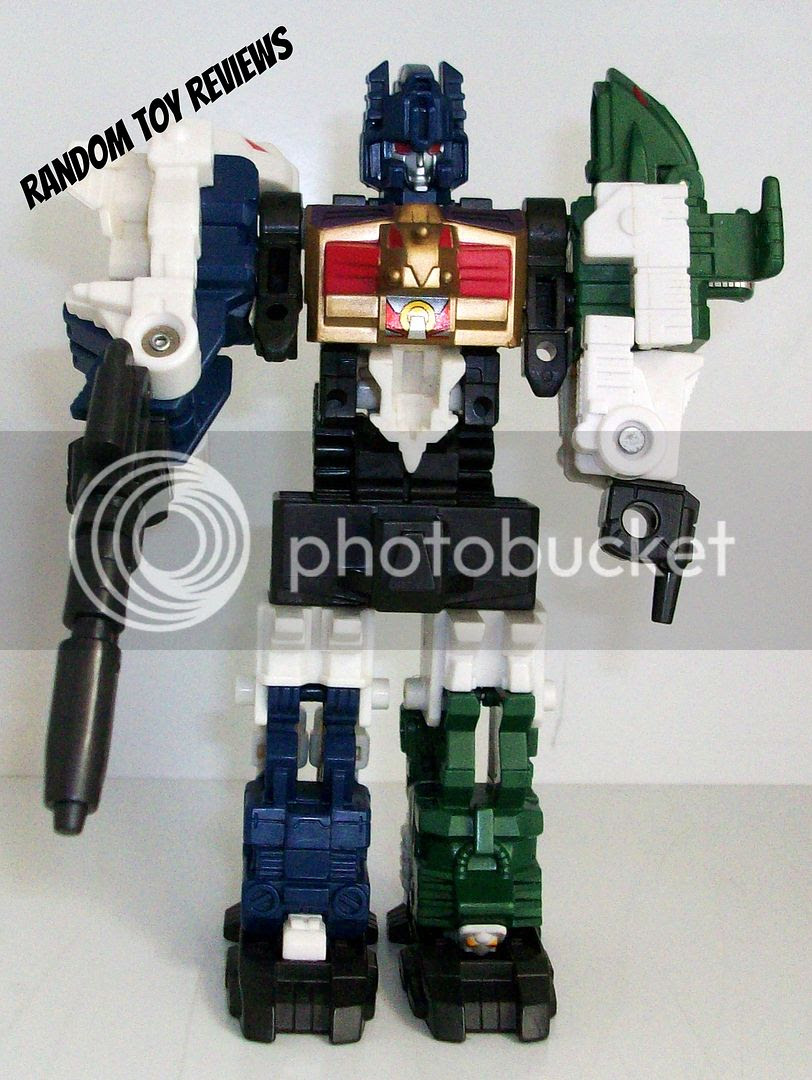 So the first step was taken, I made the decision to let Dinoking go.  The next step was finding a good home for him.  Do I break him up and sell all six Dinoking members individually?  Or do I try to find a buyer for the whole lot?  I did a little research to find a fair asking price for them each and for the lot.  That is when I immediately thought of a fellow collector that didn't have these figures and had been wanting them.  I also knew that they would be well cared for and a valued part of his collection.  I then reached out to this individual and we worked out a deal.  Just last week I carefully packaged up the lot and shipped them off to their new owner.  It does feel a little odd referring to these guys in the past tense now, but I don't have any regrets.  I have bought myself plenty of Transformers over the years so it feels nice to spend this money on someone other than myself.  While I do have an obvious empty space on my Destron Victory shelf in my display case, I'm currently working on something that will fill this void created by my recent sale.  Stay tuned for just what this 'bot could be!