So what do you get when you cross a Transformer with a hammerhead shark and an eagle?  You get this... 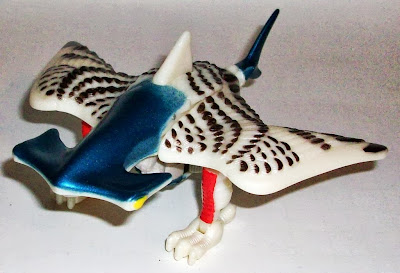 Air Hammer is one the basic sized Fuzors from the Beast Wars line.  Outside of the Silverbolt character (who's toy isn't that great if we're being completely honest), most fans just didn't seem to care for the Fuzor toys.  Well Quickstrike is a fun toy, but Air Hammer...well...not sure what to say!

While I appreciate what Hasbro tried to do here, and while I love the basic size TF that is no longer used, I just can't get that excited about this toy.  I'm not sure if it's the animal choices or just the execution of the toy itself. 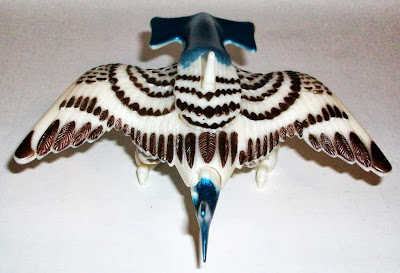 The toy isn't completely garbage though as there is a lot of sculpting on the backside of the eagle portion of the creature.  If I had a better camera you would be able to see the detail on the individual feathers.  The transition from features to the shark skin on both the head and tail, while looks weird, was done well and features some good paint applications. 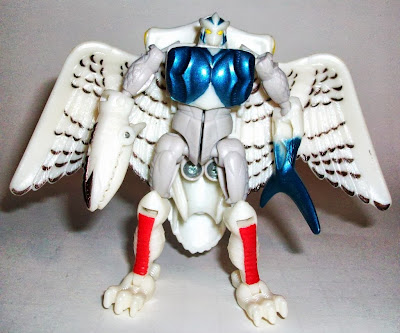 Transformation is very simple, which I like, but look at his hands.  I can usually deal with a Transformer that has an animal head replacing one hand, but to have both of the robots hand replaced with animal bits?!  You've gone too far this time Hasbro!!  Lord forbid Air Hammer gets a cold.  Can you picture him trying to hold a tissue having one hand full of sharp shark teeth and the other hand being a fin?!

While the original Beast Wars Airazor toy never looked that feminine to me, Air Hammer gives off more of a female vibe.  Perhaps it's the metallic blue chest? 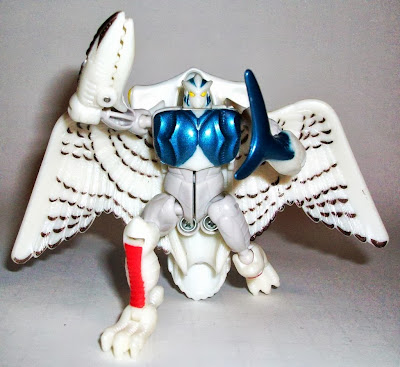 Air Hammer is a decent at best Beast Wars toy.  I'm not sure even if the character had been featured in the television show it would have helped.  Odd animal choices, no robot hands = a lackluster toy.  I'd say this one is only for the hardcore fans or completionists.
at 10:30 AM