Launched at the San Diego Comic Con (SDCC) in 2008, these small PVC figures were aimed at a younger demographic. To accompany this line, Hasbro also had launched a similiar series of toys for Transformers (Robot Heroes) and Star Wars (Galactic Heroes).

For the case of GI Joe, the Combat Series was short lived, only lasting about a year total. There were several classic Joe characters in series 1 and series 2, but ultimately the line would focus on the Rise of Cobra movie characters in late 2009 before the line was ended. 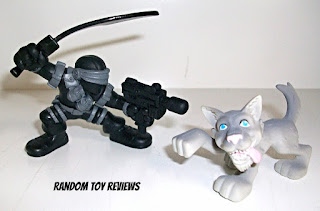 Snake Eyes and Timber got the series kicked off at the 2008 SDCC. The Snake Eyes figure would later be repainted and released in the regular Combat Heroes series, while the Timber included here is an exclusive mold. Timber would later receive a new mold, holding Snake Eyes sword in his mouth.

Too bad the weapons aren't removeable because I think Snake Eyes would look better if he wasn't holding that large sword. Love the design thought and the paint choice is fantastic. Looks much better than the widely released version.

If you want to track down this set, it can be widely had for less than $10 in most cases on eBay. 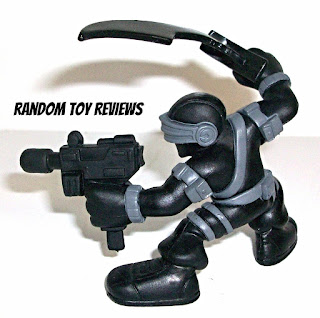