Hasbro's short lived action figure line, Cops (or Cops 'n Crooks) seems to be overlooked by a lot of collectors these days. There are only a handful of toys and vehicles in the series and they aren't that expensive on the secondary market. Even certain sealed figures can be had for less than $20.00 if you are patient.

While my memories of this franchise are more of the animated series by DIC than the toys, I do remember when I was younger I won the Ironsides vehicle at an event hosted by the NBA's Charlotte Hornets team. My memory of why I was at this event is foggy at best, but I do remember playing w/ that toy and loving the aspect that it used real rolls of caps to create "gun fire".

Every hero needs their bad guy and his cronies and Cops was no exception. The Crooks in the series were led by Big Boss. I always thought of Big Boss as a mixture of Dr. Claw from Inspector Gadget and Boss Hog from the Dukes of Hazard. 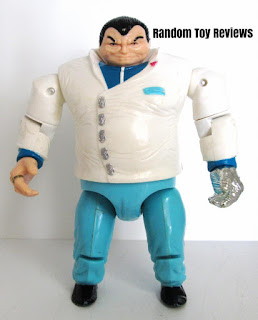 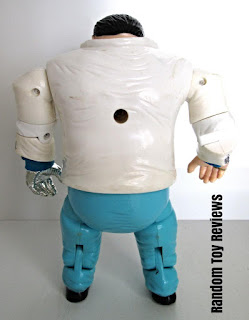 Hasbro did a great job with his action figure. Released in 1988, this action figure seemed to have more detail and articulation than I remember other action figures released around it's time. Plus Big Boss had his trademark girth which also helped him stand out from others. 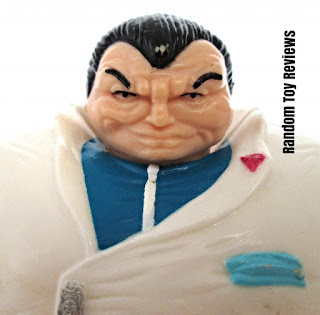 Big Boss was a mobster. I think it's easy to see this with the slicked back black hair and the suit. Even his face screams the mob. Look at the detail sculpted in the face. His brow and his smug smile...absolutely stunning. 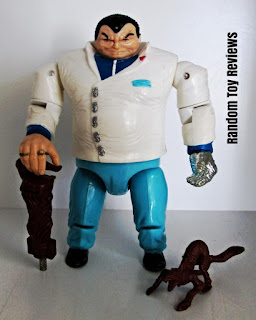 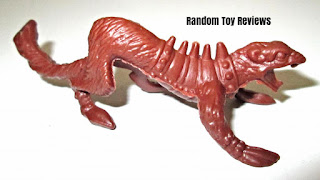 You read that right. A pet weasel. Three points Hasbro for creativity! This is a small, hard plastic figure with no paint applications or any kind of articulation. Think old green army man type of figure. 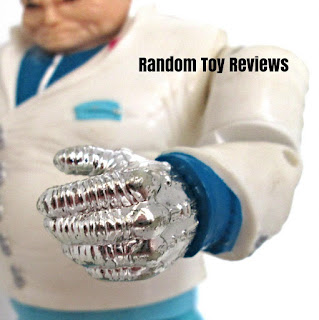 Big Boss' left hand has been replaced with a steel prosthesis hand. According to his bio card this is considered to be a dangerous weapon. Hasbro used a chromed hand to replecate this and had great results. I'm surprised that the hand is still so shiny after nearly 28 years. 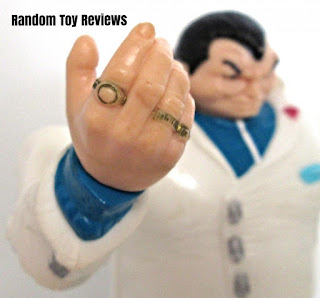 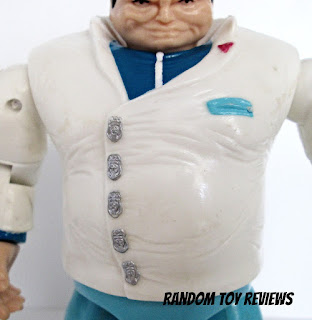 As I mentioned before, this figure is loaded with detail. He has rings sculpted on his right hand, that sadly show wear to the paint. The wrinkles sculpted on his suit gives you the impression that his belly is just a bit much to be held in by his suit. 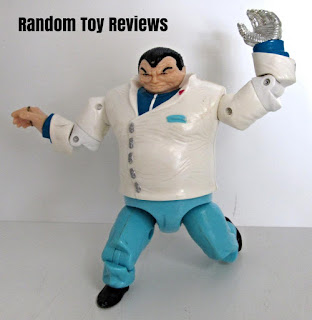 Now I have no idea why anyone would want to pose their Big Boss action figure like this, but hopefully this gives you an idea of how well articulated these figures were. The head can rotate some, but the slightly raised collar does hinder this a bit. His arms can rotate a full 360 degrees at the shoulders. He has a bicep swivel and hinged elbow joint. Even the hands can rotate all the way around at the wrist. There is also waist articulation. His legs have a good range of motion, hinge joint for the knees. 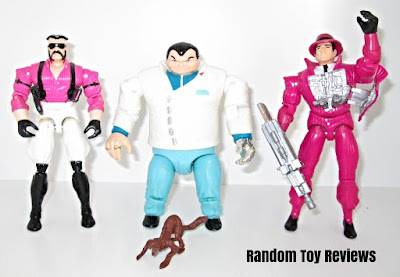 When I acquired a lot of these figures I was surprised at the level of detail and articulation. Considering these toys are as old as they are I found these attention to detail pretty impressive. The television show portrayed the Crook characters to be pretty dumb and some of the voice actors that portrayed these characters laid it on a little thick at times (Berzerko). Hasbro thankfully made some very interesting figures based on these characters. I will say one of things that I remember about these toys (and was reminded with Big Boss) is it seems the plastic used hasn't aged well. The plastic seems light and brittle to me. Perhaps I'm just imaging this, but it's not on GI Joe or Transformers level. Dispite this, the Cops 'n Crooks toys are still fun toys and takes the cops and robbers theme to a whole new level.
at 9:22 PM