I may be a little late to the party (by a year or so!) with this post and truth be told I meant to get this posted last week. However there are times where the plastic has to be set aside to take care of more pressing "life" matters.

Last year Hasbro changed up their Marvel Legends line. Gone were the large blister bubble packaging, replacing it with a sleek black packing. The Build-A-Figure concept continued as well. The other noticeable change was when you got to the cash register with that figure in hand. Gone was the MSRP of $14.99. These highly articulated action figures now set you back $19.99, in most stores. At times it seems as if the higher price is justified, but that is strictly on a figure by figure basis. Some figures come loaded with accessories, while others lack accessories or gear. If you are just picking up a few figures here and there then the price hike isn't that bad. However if you are chasing the Build-A-Figure, like many do, then this is another $20-$30 depending on how many BAF parts you need.

The other big change of course was going to a overall theme for each wave. The first to receive this treatment was Captain America: the Winter Soldier. The figures in this wave are a good mix of comic and movie universes. I personally loved this wave and kept all the figures minus 2 - the movie versions of Cap and Bucky. For many the big draw of this wave was of course the topic of today's post, Black Widow. 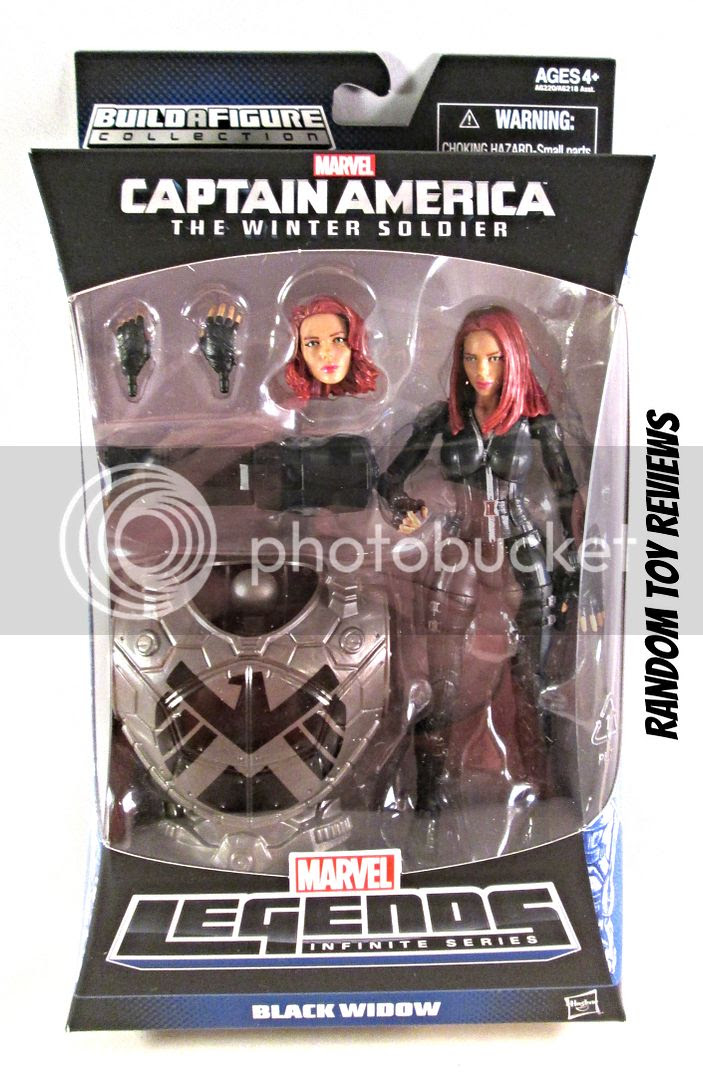 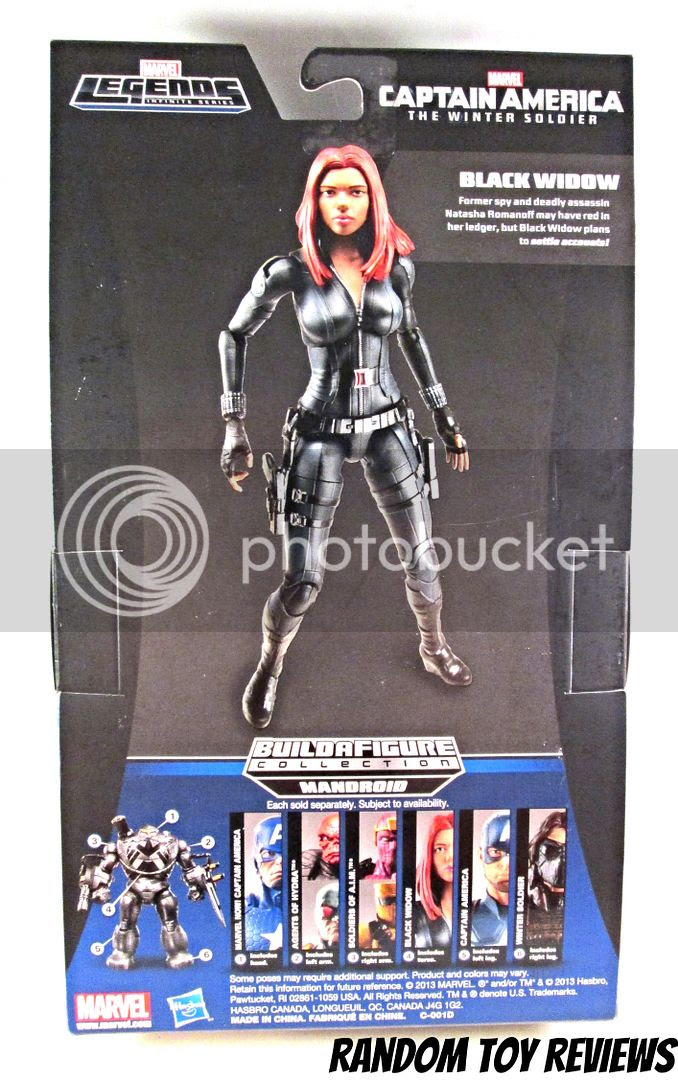 I have to say I like the new packaging Hasbro is using here. The inner blister tray can be pulled out allowing you to replace the figure and accessories back inside for display or just for safe keeping. I wanted to keep the packaging intact, but Lord knows I have enough empty toy boxes in my closet as-is.

Black Widow is based on her movie look. I usually skip the movie themed figures, but with her I made an exception. Perhaps it's because the sculptors did a remarkable job of capturing the likeness of one Scarlett Johansson.

Natasha comes packaged with an alternate head and another set of hands. The Build-A-Figure in this series is the S.H.I.E.L.D. Mandroid and you get the torso and shoulder gun. 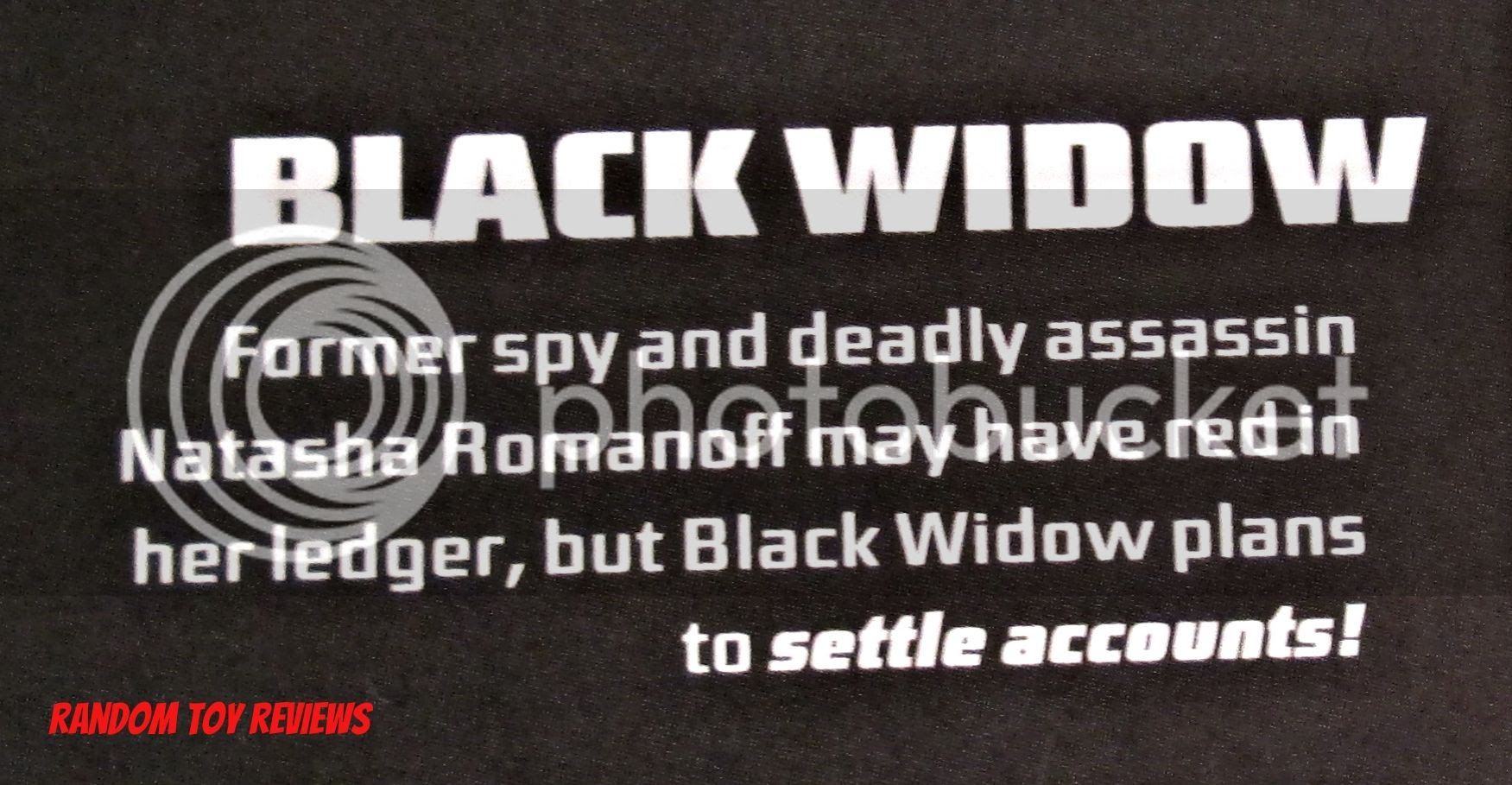 One of the criticisms lately from Transformers fans has been the watered down bios on the back of the packaging. This seems to have carried over to Marvel Legends as well as you don't get much in the way of learning about the character. 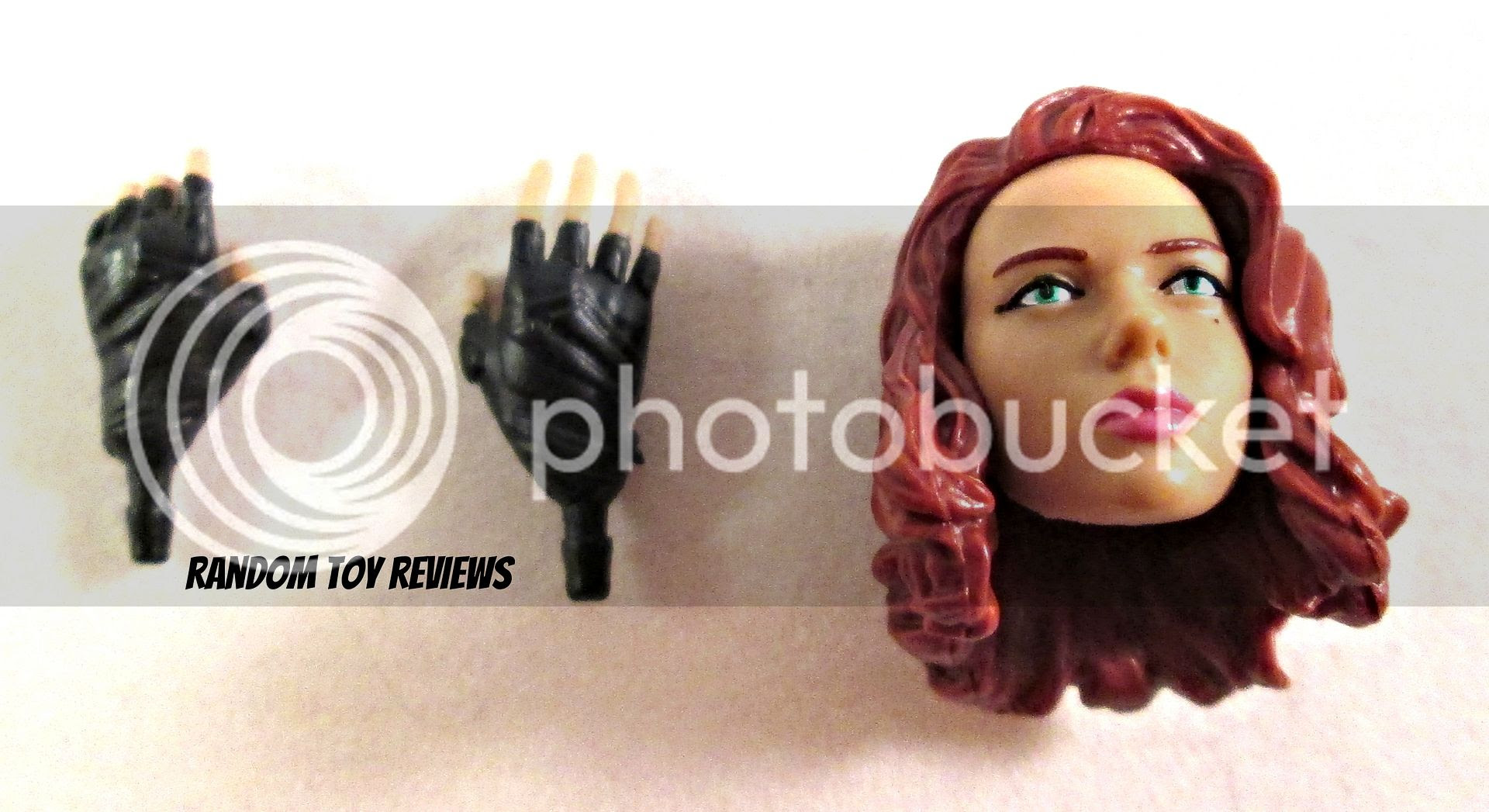 The addition of extra hands and an alternate head is a nice treat, but no weapons? Seriously Hasbro, who thought it was a good idea to release a Black Widow figure and not give her at least one gun?

Black Widow's hair has changed a bit since she first made her debut in the MCU (Marvel Cinematic Universe) in Iron Man 2. Personally I think this alternate head is based on her first look - sort of. Her hair was the long initially so the short, slightly curled hair may be a little different, but still looks good. The face isn't bad...but I prefer the straight hair and face sculpt on the other head. 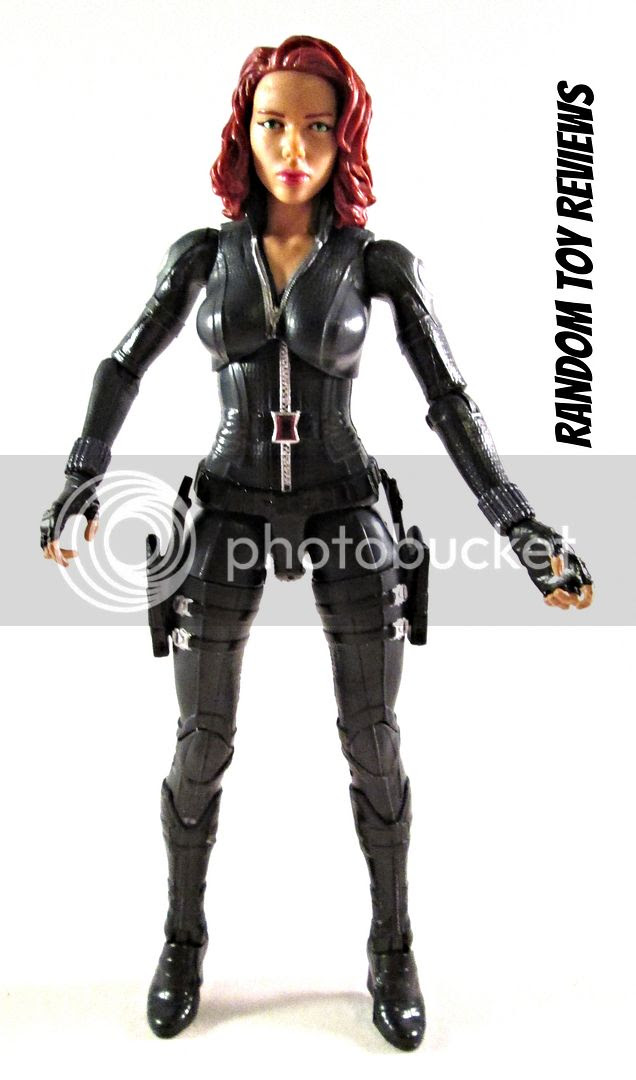 Again, the alternate head looks pretty good once snapped on, but I still prefer the other version. I can't really explain it all that well, but the face just looks a little "off" to me. 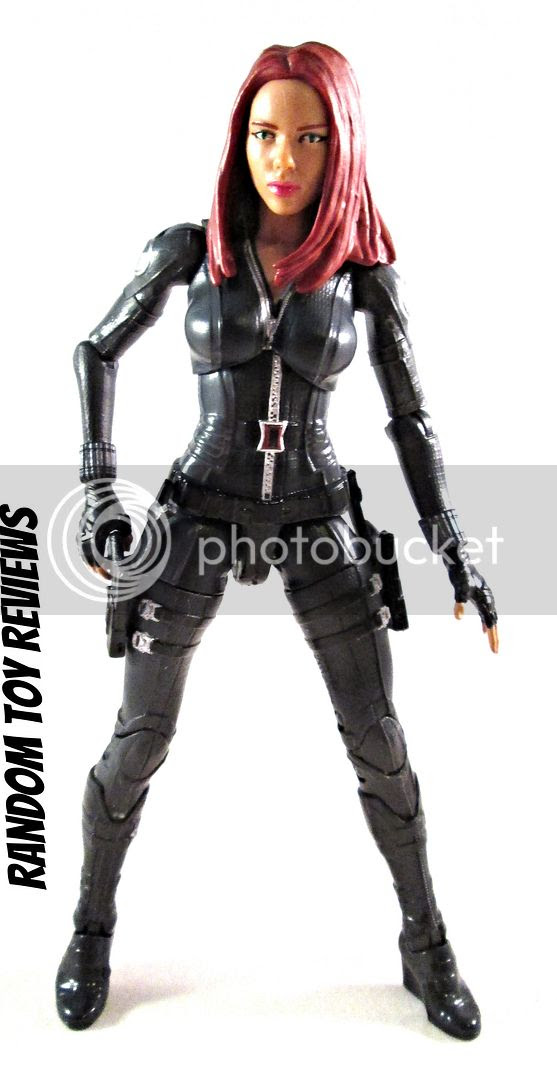 While Black Widow may not come with any actual guns for her to wield, her right hand is sculpted to hold a pistol very comfortably. She even has the trigger finger molded to fit the trigger of a gun...if you can find a decent weapon for her. She does however have a gun holsters sculpted on both of her thighs...with guns that she can't remove. 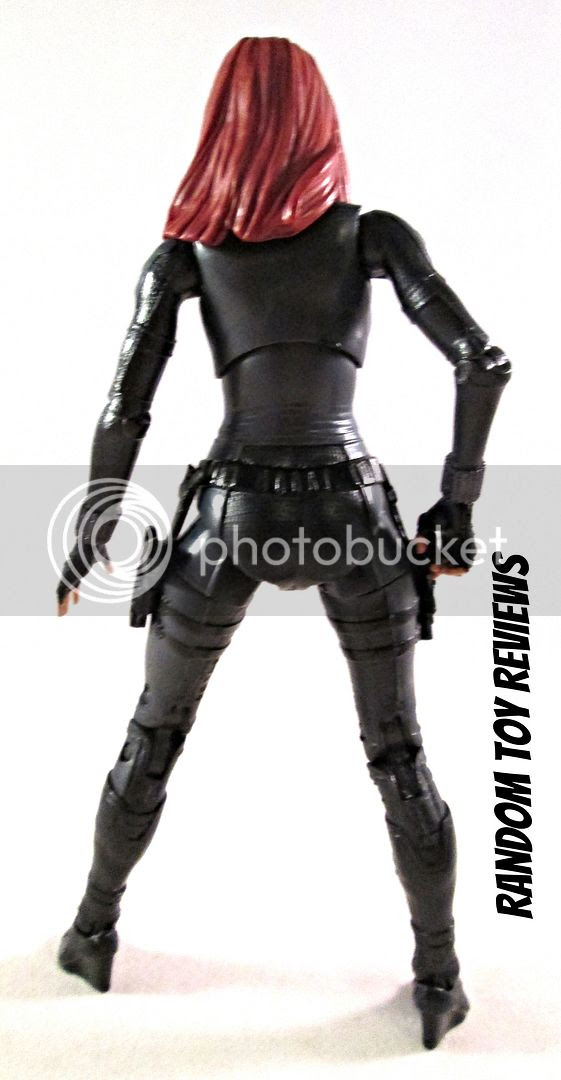 I could be wrong, but I think this is an all new female sculpt for Black Widow. The proportions are nicely laid out and not grossly exaggerated as some female action figures can be. She is sporting high heel shoes as you can see, but the heels are filled in to allow her to stand on her own. Surprisingly I got her to stand without any assistance quite well. That's more than I can say about some other ML female figures (i.e. Gamora).

Natasha is commonly portrayed wearing a black, tight fitting uniform. In the MCU she was given a more practical (and believable?) outfit. While it still shows off her figure, it doesn't leave her upper "lady parts" exposed near as much as many of her comic book outfits. Being that she is working for Fury in the MCU, she appropriately has the S.H.I.E.L.D. logo on the upper part of her right arm. 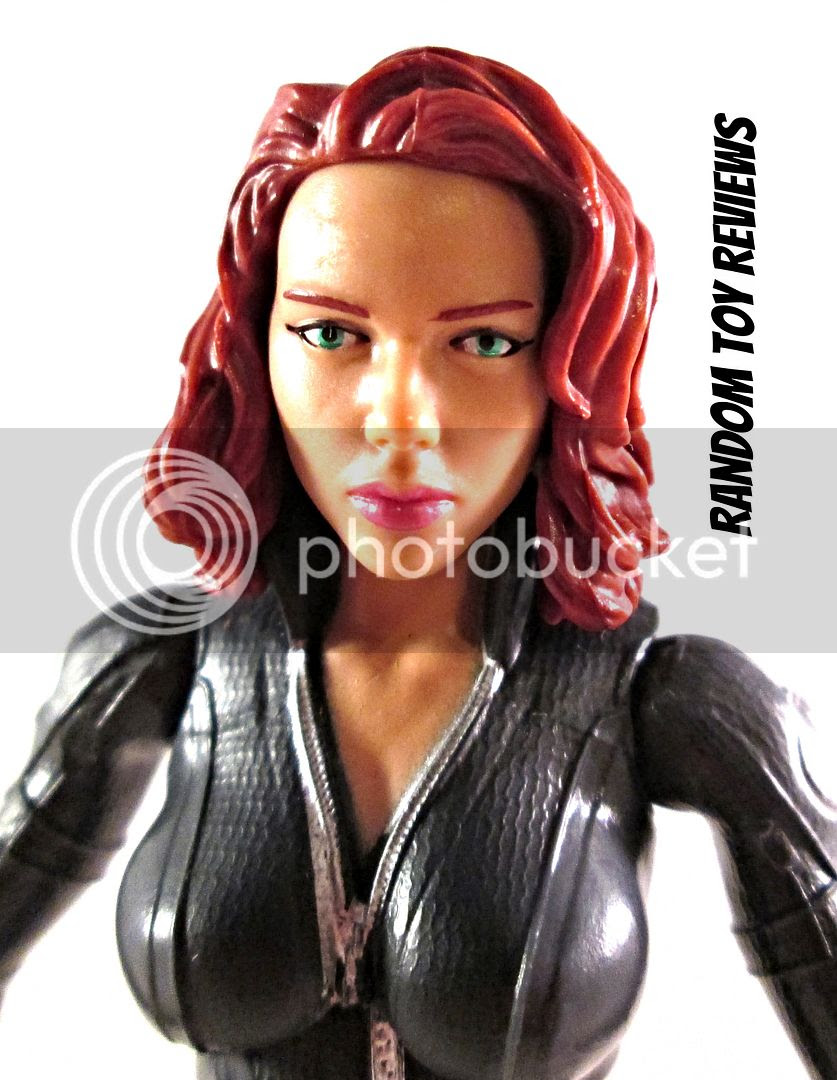 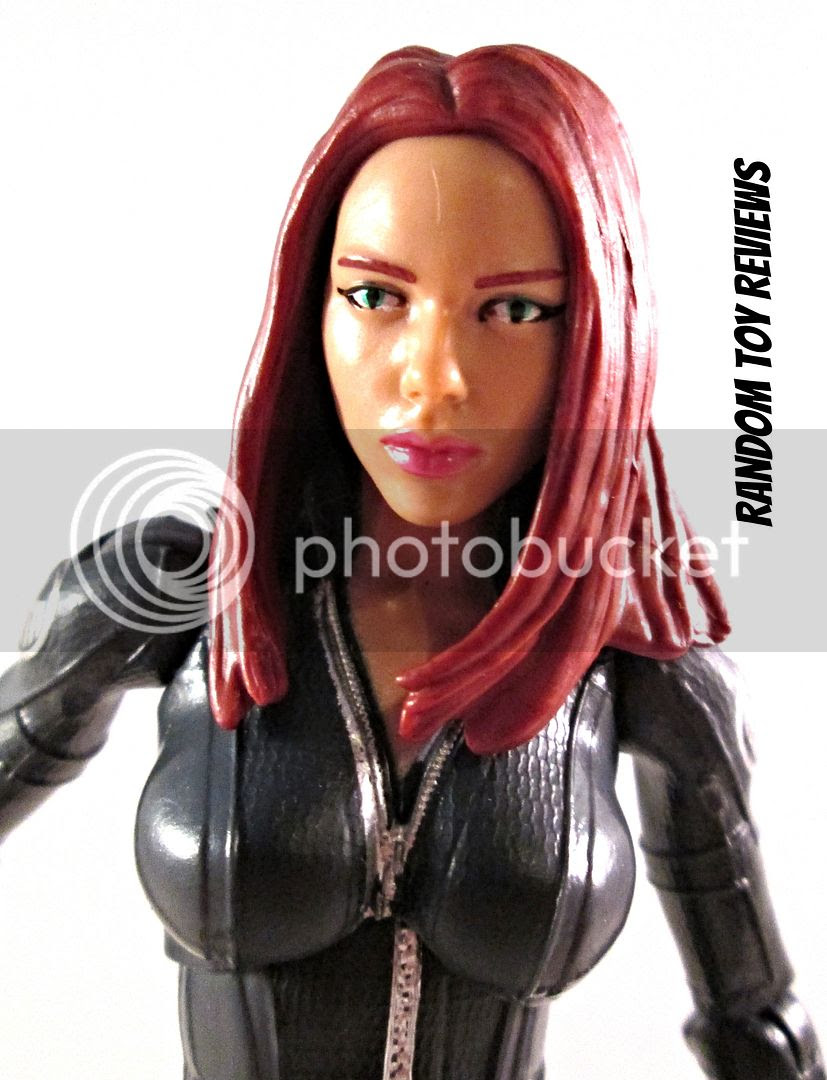 You tell me, curly or straight hair? Which one do you prefer? Regardless of your hair preference, just look at the face sculpt. The face on the left looks more round while the face on the right look more natural.

The easiest way to remedy the issue of no weapons is to head down to your local Walgreens drug store and see if they still have an Agent Venom figure from the Spider-Man series of Marvel Legends. Flash Thompson comes packaged with two sets of guns, one black set and one gray/silver set. He can't really use all 4 himself so I loaned the gray/silver set to Natasha. 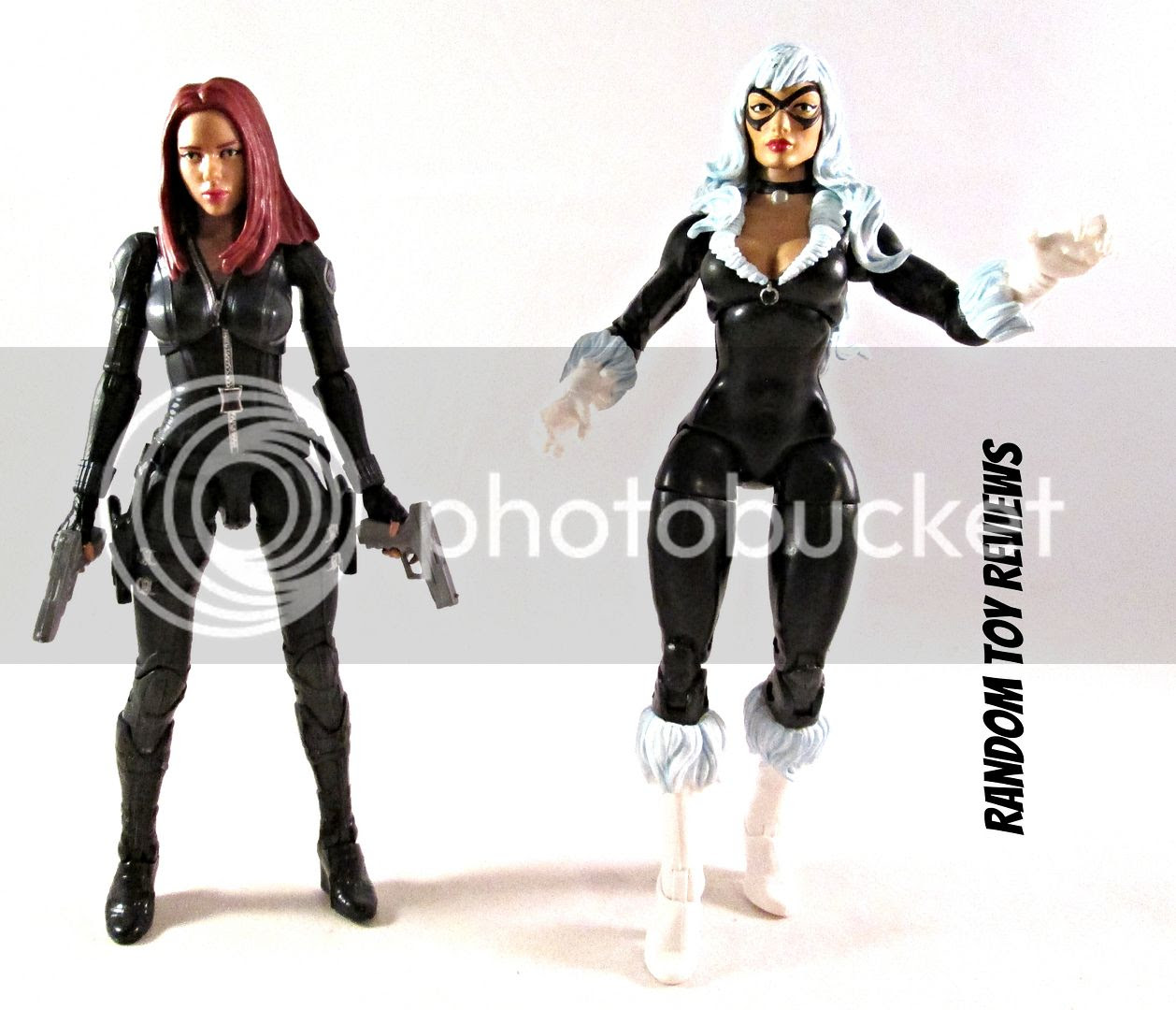 Compared to Black Cat, Black Widow looks so much better. Then again these 2 figures are coming from different angles. While Natasha has been ripped straight from the MCU silver screen, Felicia Hardy has more of that comic book look. 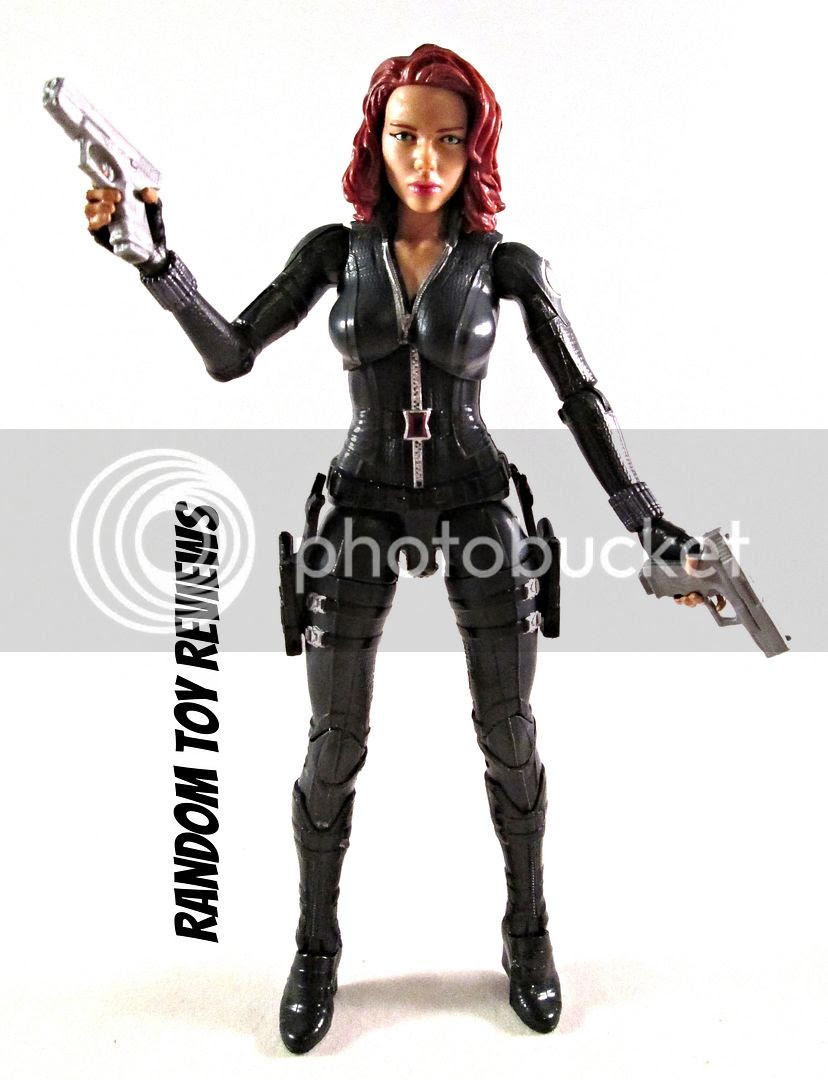 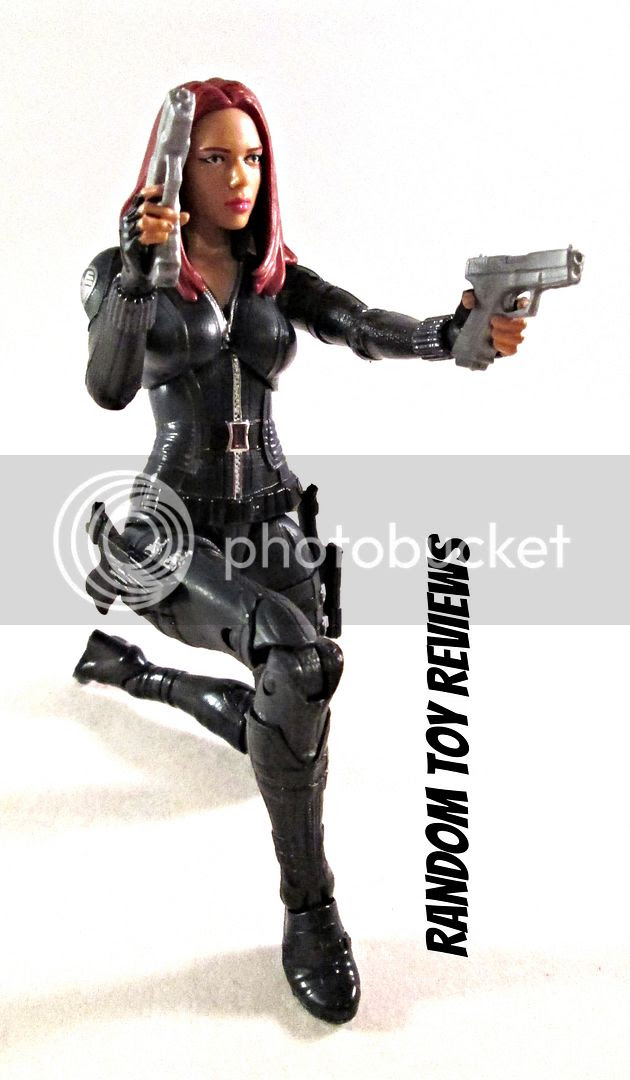 You probably noticed that I didn't really talk about the figure's articulation before now. Doesn't really matter as if you've bought any modern Marvel Legends figure, then you know what you are getting here. You can't really tell from my pictures, but this figure is loaded with articulation. I feel as if this is one of the best female Legends figures to date.

For many months it seemed as if this figure was impossible to find at retail. She commanded $50-$60 on eBay at one point. Then she started popping up more and more it seems and her price came back down closer to the MSRP. With the increased price I can't really say I'd pay much more than retail, but this is one of those figures that deserves to be bought.
at 8:22 PM