Last summer while on vacation at the beach I found myself browsing the clearance section at a GameStop with my older brother when I came across this action figure of Mega Man's arch nemesis, Dr. Wily. It had been marked down several times and at $3.97 I couldn't leave it behind. I thought if nothing else I could find a home for him on my video game shelves in my game room. 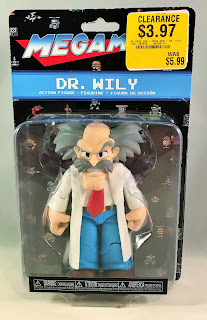 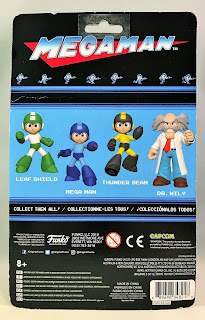 I don't recall seeing this series of figures before, but being that they were made by Funko I'm sure these weren't at regular retail stores like Target or Walmart. I liked the look of the sculpt so I took a flyer on him.

The back of the packaging shows the line also included three different versions of Mega Man. Neither of these were available when I picked up Dr. Wily. 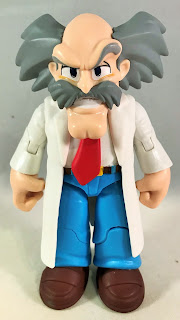 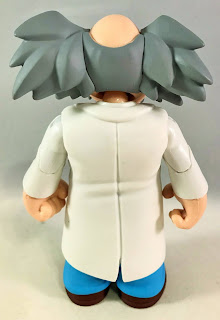 The figure stands at about 4 inches tall if memory serves me correct. The sculpt is dead on and looks fantastic. While the range of motion is limited, the head is on a ball joint and does allow movement up and down and side to side. Arms are articulated at the shoulder and elbow. Legs are articulated at the hips and knees. To be honest this is more articulated than I would have imagined. 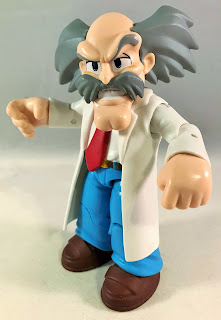 If you're a fan of video game themed toys or just a big Mega Man fan, I think you would be satisfied with this series of Funko figures. I haven't had the best luck with Funko action figures, but this one is solid and well made.
at 1:09 PM