This first month of the new year has proven to be a busy month for me and with that comes some travel. While I've visited the McKay's store in Greensboro, NC on multiple occasions, I haven't visited their location in near by Winston-Salem, NC in years. Since then they have moved to a new, larger location and I finally worked in a visit this week.

I was immediately impressed by the sheer size of the store and all of the goodies to browse through. I stopped on my way home so I really didn't have much time to look. I was there on a mission to find and bring home a Taylor Swift CD for my 10 year old daughter. While I did succeed in finding a CD (for $2 to boot!) I did browse through a few short boxes of Marvel comics that were labeled as "new arrival". The previous day I did visit the Greensboro location and grabbed a few cheap comics so I'm tossing those into this post as well. 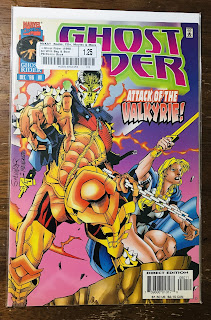 I'll start with this issue of Ghost Rider #80. I've been on a Ghost Rider kick of sorts lately so I've been specifically on the look out for his books. While I found several, I didn't feel like paying $1.25 an issue so I settled on this one. It's from late in this volume's run, plus it features the Valkyrie and some awesome artwork by Salvador Larroca. 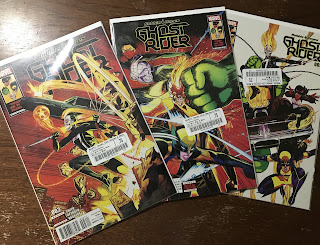 I also found a few issues of the 2nd volume of the Robbie Reyes Ghost Rider series. I've not read any of his series before, only familiar with the character as he was shown on the Agents of S.H.I.E.L.D. television series. It's a small run with like 6 issues so since I found half of them and they were cheap, I figured why not. 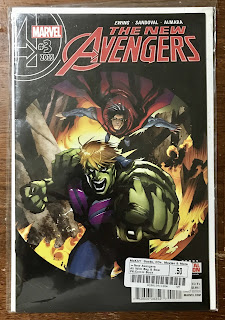 I'm not much of a speculator when it comes to comics, however my Key Collector comics app said this book may be a lead in of sorts to the big, upcoming Empyre story. $.50 plus art by Geraldo Sandoval made this an easy purchase. 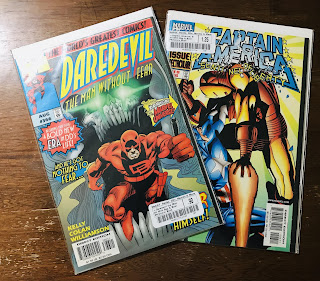 I'm slowing filling some holes in a Daredevil run and I don't see the later issues in volume 1 in the cheap boxes that often.

The Captain America: Sentinel of Liberty series may have been short lived, but I liked it. I don't see the issues that often, probably because the series didn't last long and or sell well. Both were priced decently. 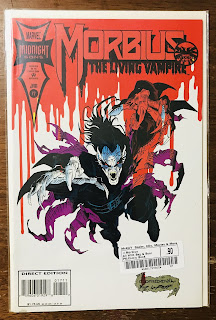 Now that the Morbius movie trailer has dropped, I figured finding his stuff in cheap boxes would start to get tougher. Thankfully I've put together most of his first series, but I was lacking this issue that was part of the larger "Siege" storyline. I almost didn't buy this one because there is a small stain on the cover just below the UPC box...but it was just $.90 and an issue I've had on my want list for some time. 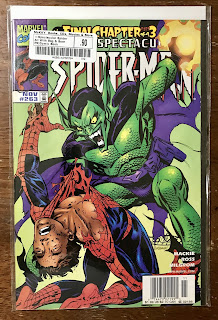 If it wasn't for the CLZ Comics app on my phone I could never keep track of all the different Spider-Man titles...especially from the 90's. This issue of Spectacular Spider-Man happens to be the last issue in this volume...which don't see to show up that often...at least for cheap that is! 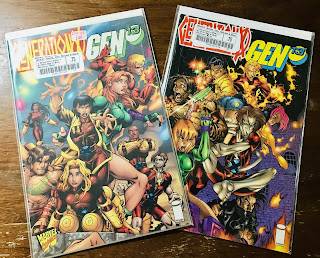 I believe I had at least the main cover to this Marvel/Image Comics cross over back when I was in high school. I found the variant cover (the one on the right) back to back with the main cover. While I was more a fan of the Generation X team during this time, I was always intrigued by the Gen 13 team and comic. This was the perfect gateway of sorts for me to be introduced to the Image characters. 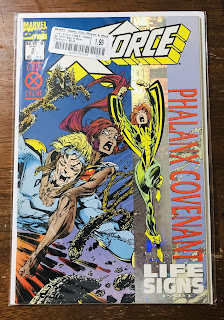 I believe I just lack one part now of the Phalanx Covenant storyline after finding this issue of X-Force. Gotta love the 90's cover gimmick with the strip of holofoil. If the cover art looks familiar, it's by Tony Daniel...the current artist on DC's Batman title. 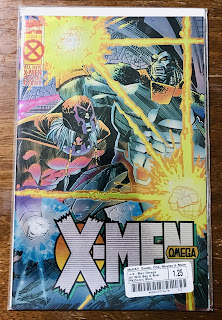 I've never been the biggest fan of the X-Men and various mutant characters/titles, but I loved the Age of Apocalypse storyline from the mid-90's. Surprisingly my app said I didn't already own X-Men Omega. Love John Romita, Jr.'s cover art and the chrome cover still looks great to this very day. 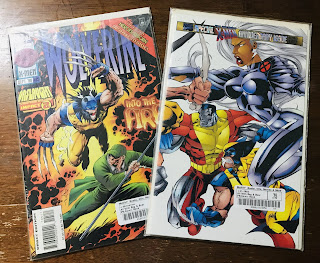 After the big Age of Apocalypse storyline came Onslaught. I'm still piecing together issues that tie-in to the over arching story so I was glad to find this issue of Wolverine.

The Uncanny X-Men was a very pleasant find, especially for $.75. Not only does this issue feature the beautiful manga-esque pencils of Joe Madueira, but it features one of the best gatefold covers I've ever seen...check it out!

Pretty nifty, ain't it? I was/am a big fan of Joe's art from this time period. I would have bought this issue for the cover/interior even if I didn't care for the X-Men. 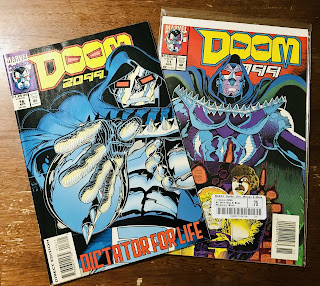 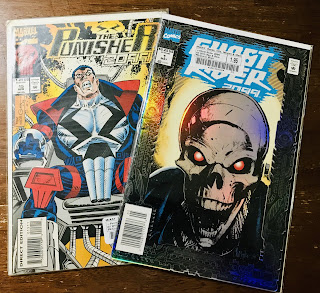 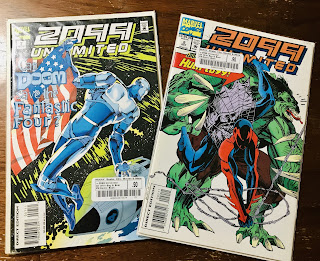 It's always a good day when I find more 2099 books I don't have. I'm slowing closing in on completing the Doom 2099 run. That series has been the easiest 2099 series for me to complete it seems.

Ghost Rider 2099 and Punisher 2099 books don't seem to show up as often in the $.50 boxes or even the dollar boxes, so I quickly snatched these two up. Love the foil cover on the Ghost Rider book too. I was surprised I didn't have the 1st issue.

The 2099 Unlimited books are thicker and contain multiple stories. Just about have all of these after picking up these two issues. 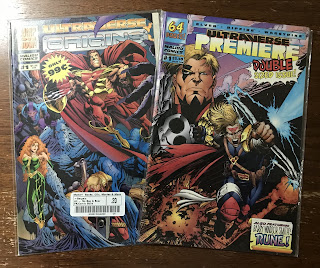 The last two books I have to share set me back a total of $.40. I originally started picking up some of Malibu Comic's books during their crossover with the Marvel Universe in the mid-90's with the Godwheel mini-series. I've since started working my way backwards and picking up the earlier Malibu books from the time prior to the Marvel purchase. Malibu had some interesting characters and it's pretty obvious Marvel has no intentions on doing anything with these characters. No reprints, no collections, no digital books...so why not pick them up? They are dirt cheap and it's been fun to piece together certain Malibu titles. These two books are from different periods within the company and offers up some good info...especially since I'm still learning who some of these characters are.

All in all I spent very little money and came away with more great books. Once I finish up the big organization project I'm working on with my trading card collection, I need to do the same thing with my comics. That will be a bigger task and one that is still unfortunately a little further down the road before I can tackle it.