If you've been following this blog then you know I've been working on adding in new glass cases into my office and re-arranging my collection. I knew before I underwent this project that there would be bots that just didn't make the cut, however I wasn't sure who that would be exactly. How was I going to make these decisions? Will I second guess myself and regret these decisions later on? There were all questions I was asking myself and I'm sure I'm not the only collector to have to ask themselves these type of hard questions. 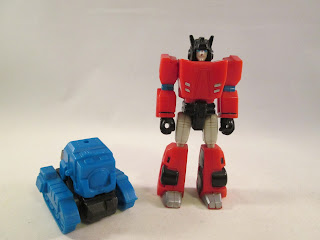 While I'm far from being done working on the shelves, the first round of castaways have been posted for sale on Facebook and will eventually be moved to my eBay store. It's hard to see some of these figures go, but ultimately I don't have room for everything and I'm starting to build to that "less is more" stance when it comes to collecting...kinda! 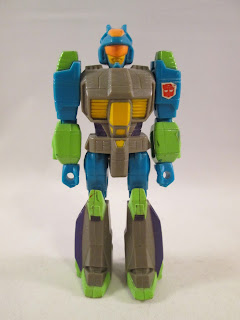 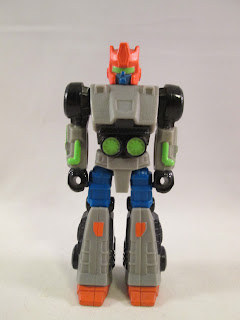 Back during the original run of Transformers, I had already moved on from the series by the time Action Masters were released, so imagine my confusion when I was getting back into collecting at the tail end of G2. I wasn't that familiar with many of the Transformers post 1986-1987. I had no idea why there were Transformers that didn't actually transform. Later on when I learned about Nucleon and the story behind the Action Masters, it all started to make sense. Growing up with GI Joe I wasn't against action figure like Transformers, in fact I grew to enjoy them for awhile.

When it came time to move my G1 behind glass, I only had so much room to work with. No longer was I concerned about completing a full G1 collection. It was time to focus on what I like and just run with that. At first I was going to ditch all the Action Masters, but I ended up keeping many of the original characters. I opted to let go the established characters who got the AM treatment. However this meant that my European exclusive Action Masters would be on the fence as well. 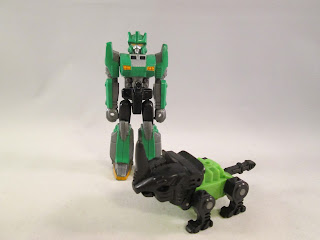 In the end I decided to let go of all the European AMs. Of the few that I owned, none of them were complete and many of them suffered from very floppy joints. Personally I love the Decepticons Take Off and Charger and I may have to pick those up again in the future. I know they can tend to get a little pricey on the secondary market, but I'm in no hurry.

I find it so easy to get caught up in collecting Transformers (or just about anything else for that matter) that you lose sight of why you started to collect. I found myself buying Transformers from other countries just because of their elusiveness, or to be able to say "look at what I bought!". This project of mine that I'm undertaking has been a little therapeutic. When just looking a getting rid of a few things it can be hard to pull the trigger. Once I got started photographing toys to sell I found it much easier to look at my shelves and think "who's next?" While I believe I'm done with combing through the G1 toys, I still have many other eras of TFs to consider next. 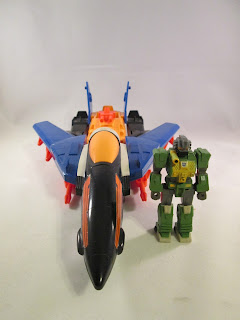 If space wasn't an issue then yes, I may have kept a few more toys. For example, Gutcruncher and his Stratotronic Jet are pretty cool and I won't let anyone ever make believe otherwise. His jet alone is pretty large, in fact I tried to fit it on one shelf in a Detolf cabinet and it's just too big. I've always wanted to hang GI Joe jets and helicopters from my ceiling and I briefly thought about trying to do the same w/ this toy. Then I came to my senses and thought I could use the funds from the sale of Gutcrucher and other TFs to pay off pre-orders or pick up something else to fill a hole in my G1 collection. 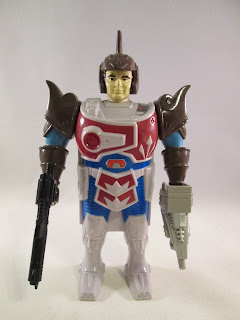 One of the G1 subgroups that I focused on after re-discovering Transformers were the Pretenders. In the mid-90's it seemed many collectors just didn't care about Pretenders, period. Or perhaps it was they were just far down on everyone's priority list of things to buy. Either way it made it easy and affordable for me to pick up a majority of the Pretenders.

Recently as I have been dusting, inspecting and moving my toys I realized that some of the Pretenders just don't do anything for me anymore. I'm referring to the Classic Pretenders if you will. I never got around to picking up Bumblee and Jazz after I sold my MIB specimens a few years ago, but I still had Grimlock. I don't know what it is about this toy, but it doesn't impress me. While I can see other Autobots hiding in a Pretender shell, I have a hard time buying that Grimlock, the self imposed King of the Dinobots would hide behind cybernetic flesh in a Pretender shell. The little Grimlock figure inside never did much for me either, however it's not a horrible toy. These Classic Pretenders just didn't have a place in my collection any longer..well with the exception of Starscream. I do like the look of his shell and the little Screamer toy is pretty nifty as well. I can see him cowering inside a Pretender shell easily! 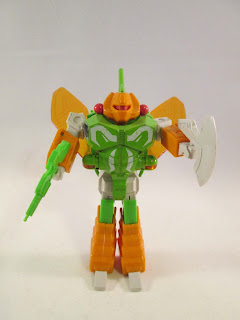 Another decision I made as I was painstakingly moving and setting up my new display cases was to get rid of most of the non-Takara/Hasbro toys. I say most of them as I ended up keeping my Encore versions of Omega Supreme and Sky Lynx. I don't own a G1 Shockwave currently, but he too will be the exception. Jetfire and the deluxe Insecticons became expendable. While I like the Jetfire toy itself and have some good memories of playing with that toy as a kid, it always bugged me that the toy looked nothing like his Skyfire self in the old animation. The deluxe Insecticons I never had much exposure to outside of Chop Shop. He still resides on my 1985 Decepticon shelf as I had him as a kid, but the others just didn't appeal to me. Perhaps their characters have been used properly in TF fiction and made more desirable to some, but like others I made the decision to move on without these brightly colored Insecticons.

My current workload has kept me from giving this project the time that is needed to complete it, however I couldn't move on to the next step without doing some type of farewell post for those certain castaways. Thanks for hanging around in my collection over the last 10 or so years, but it's time to find a new home and a new owner that will appreciate you more than I.
at 2:46 PM

Email ThisBlogThis!Share to TwitterShare to FacebookShare to Pinterest
Labels: Generation One, Transformers