The good thing about behind a little behind in my posting reviews of new toys is that I don't have to be so elaborate.  What I mean by that is most of you that visit this site have probably already read or watched reviews and have seen tons of pictures of Hasbro's new Generations Rhinox toy.  So I figure why bore you with more of the same.  I'll just post some pretty pictures and give a little commentary.  So are you all set?  Then let's go!

Let's start with the packaging.  This is actually the first Takara Tomy version of any of the current Generations toys that I've imported.  I would have loved to have bought a few of the others in the series, but you know money doesn't exactly grow on trees. Packaging for the most part resembles Hasbro's release, minus a few alterations. Kudos to the artist that provided this awesome art work.  I'm so glad they decided to wrap the art around the corner of the box as opposed to leaving just half of the art on the box's front. 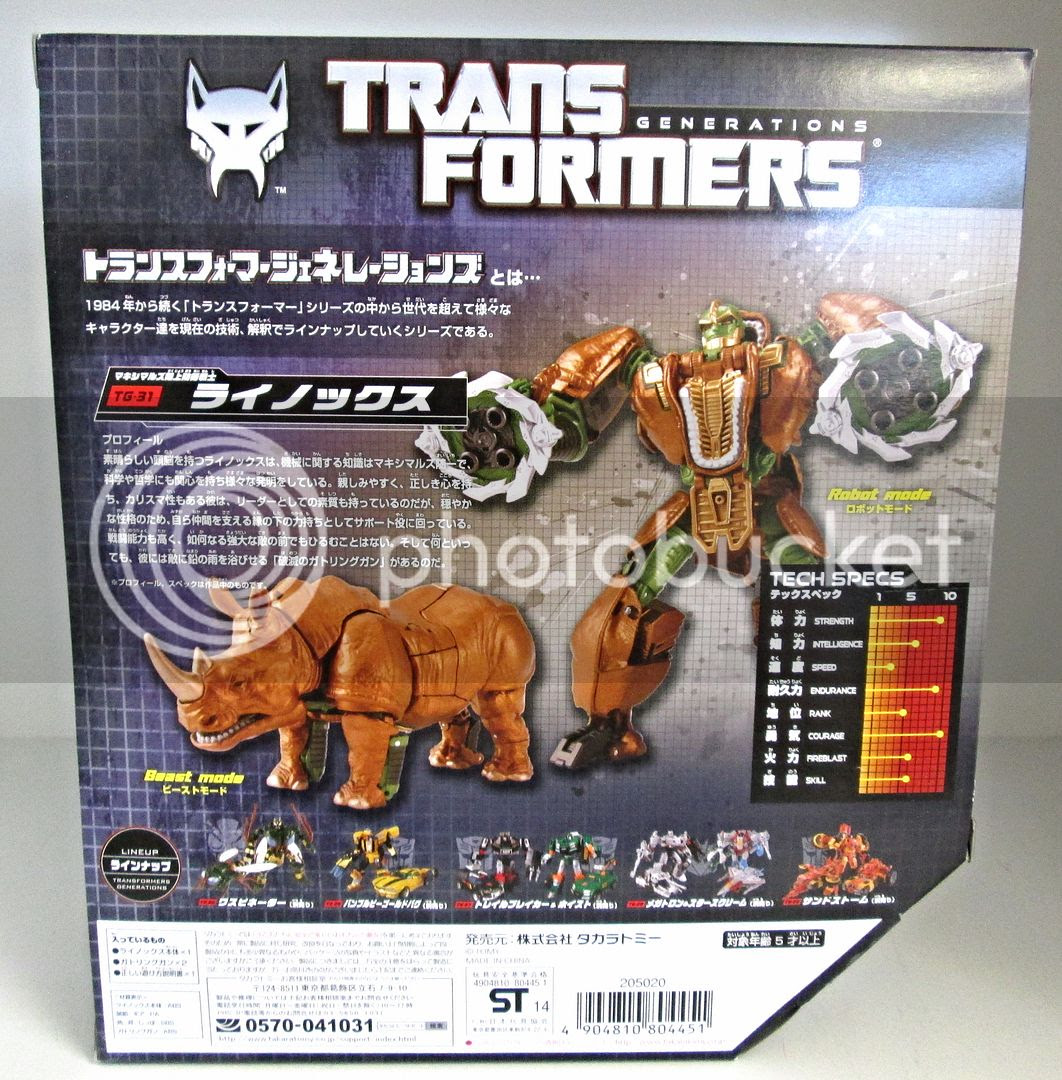 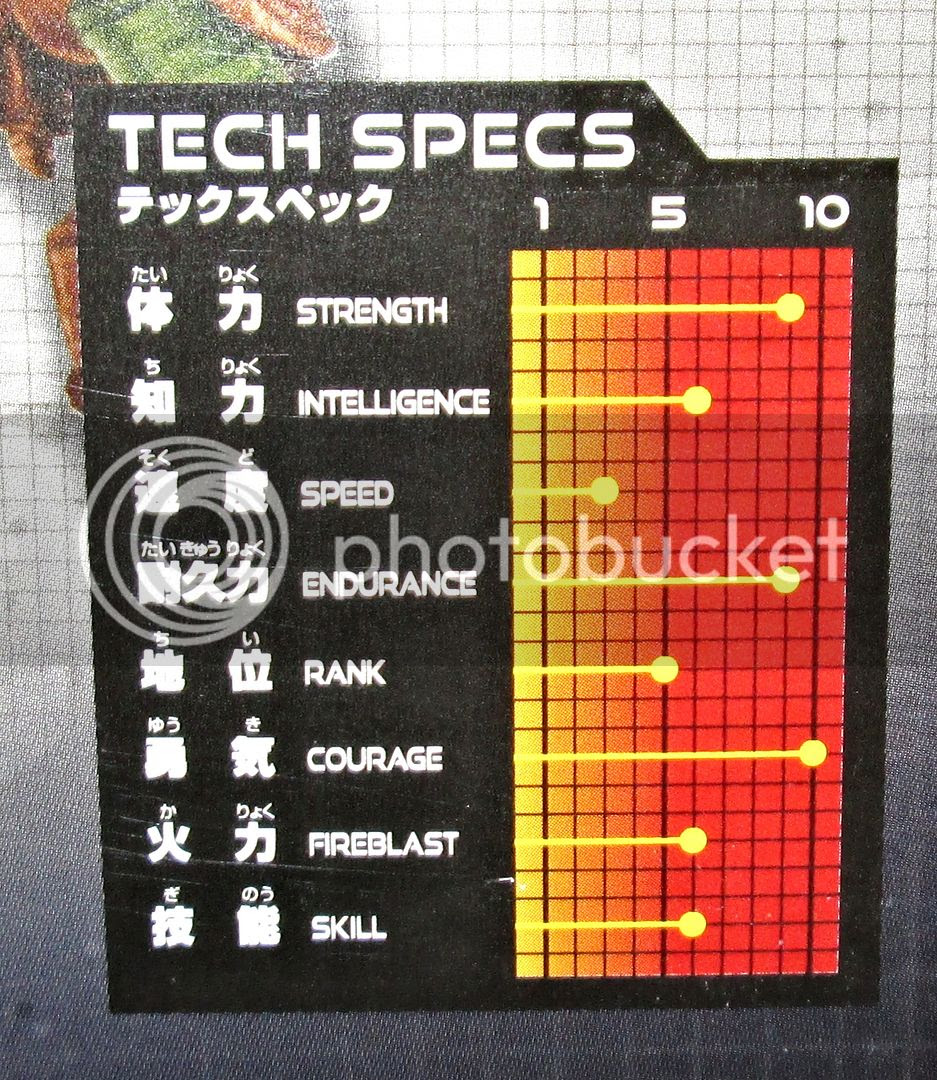 I don't remember Rhinox's original Beast Wars tech spec ratings, but I'm a little surprised to see his Intelligence and Fireblast ratings to be less than 8. 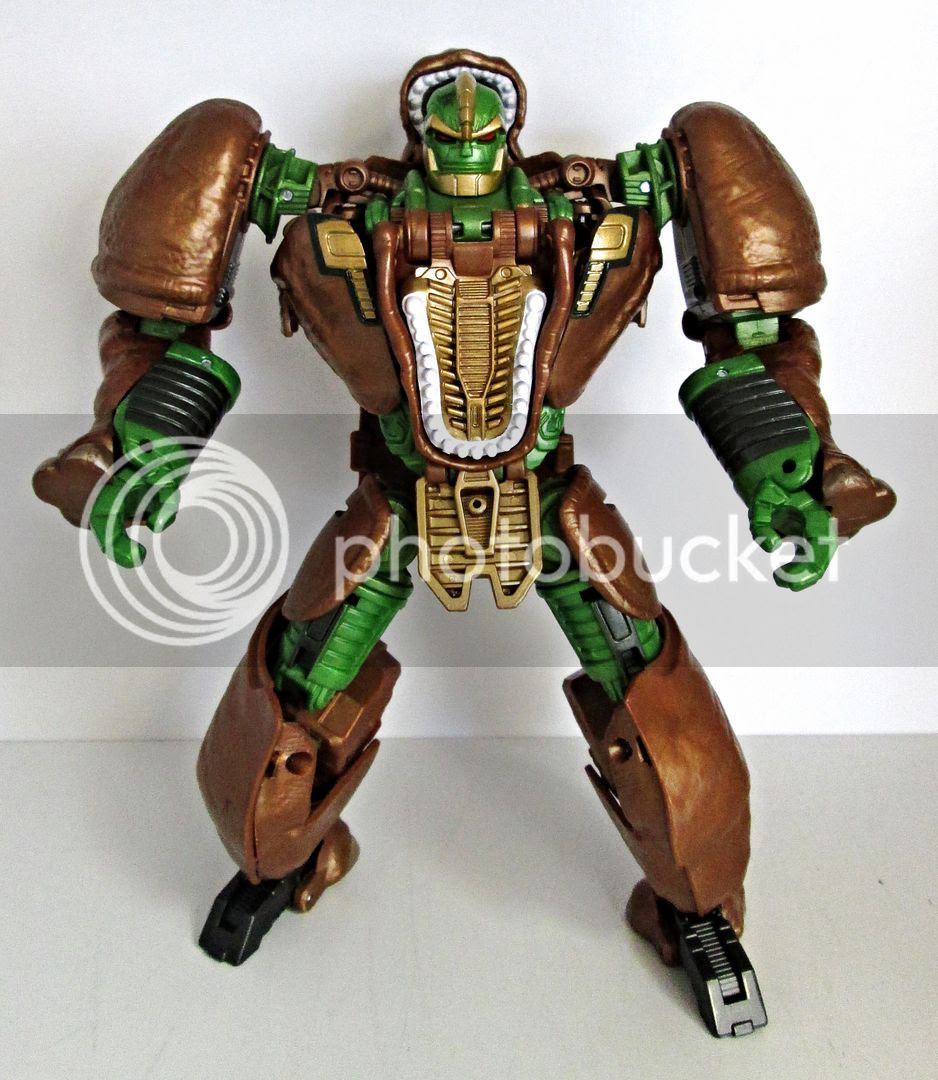 Right out of the package I was impressed with this toy.  I opted for the Takara Tomy version for it's premium paint deco, but man is this mold impressive!  I love it when my figure looks as if it could have walked right out of the show/movie and into my hands.  It's so nice to finally receive a show accurate Rhinox figure after all of these years.  Seriously, wow. 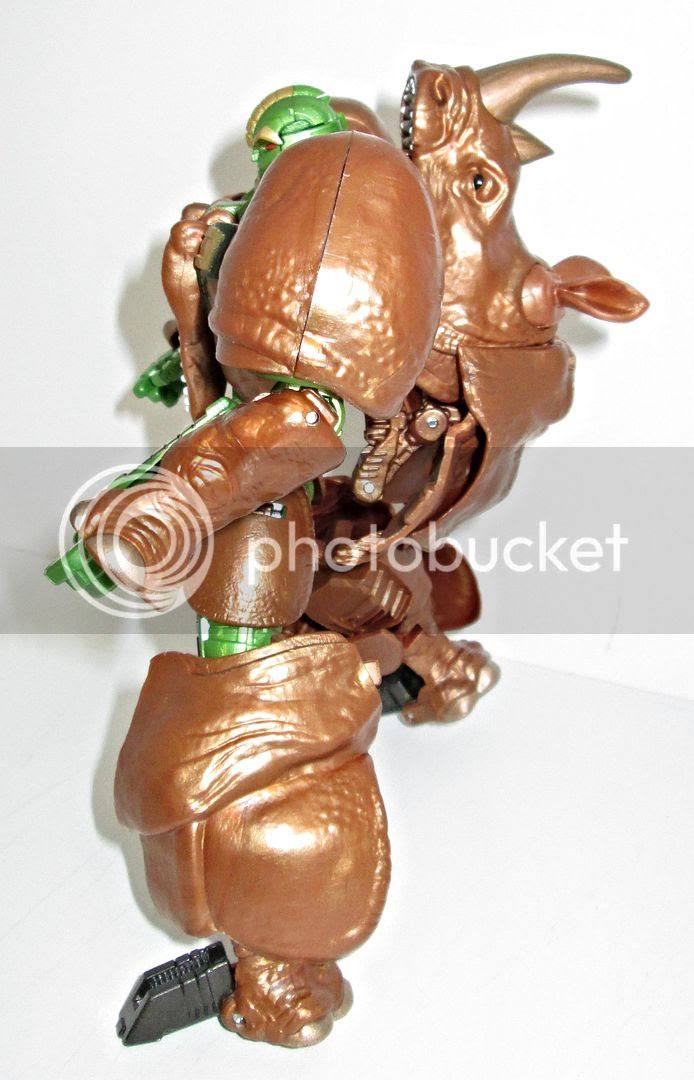 Even the back of the new mold looks like it did in the Beast Wars television show.  Talk about paying attention to detail on every level. Beast Wars was all about the balance of the organic and the techno organic and the designers I feel did an excellent job of capturing this.  In robot mode you can see all sorts of exposed metal, gears and such. The money shot.  If the beautiful, show accurate paint apps weren't reason enough to buy this release over Hasbro's, the surely the weapons put you over the top.  Am I right? With the exception of the robot bits exposed on the back sides of the legs, the designers did a great job concealing the robot.  Other than the panel lines and the green robot bits, it's hard to tell this is a Transformer. 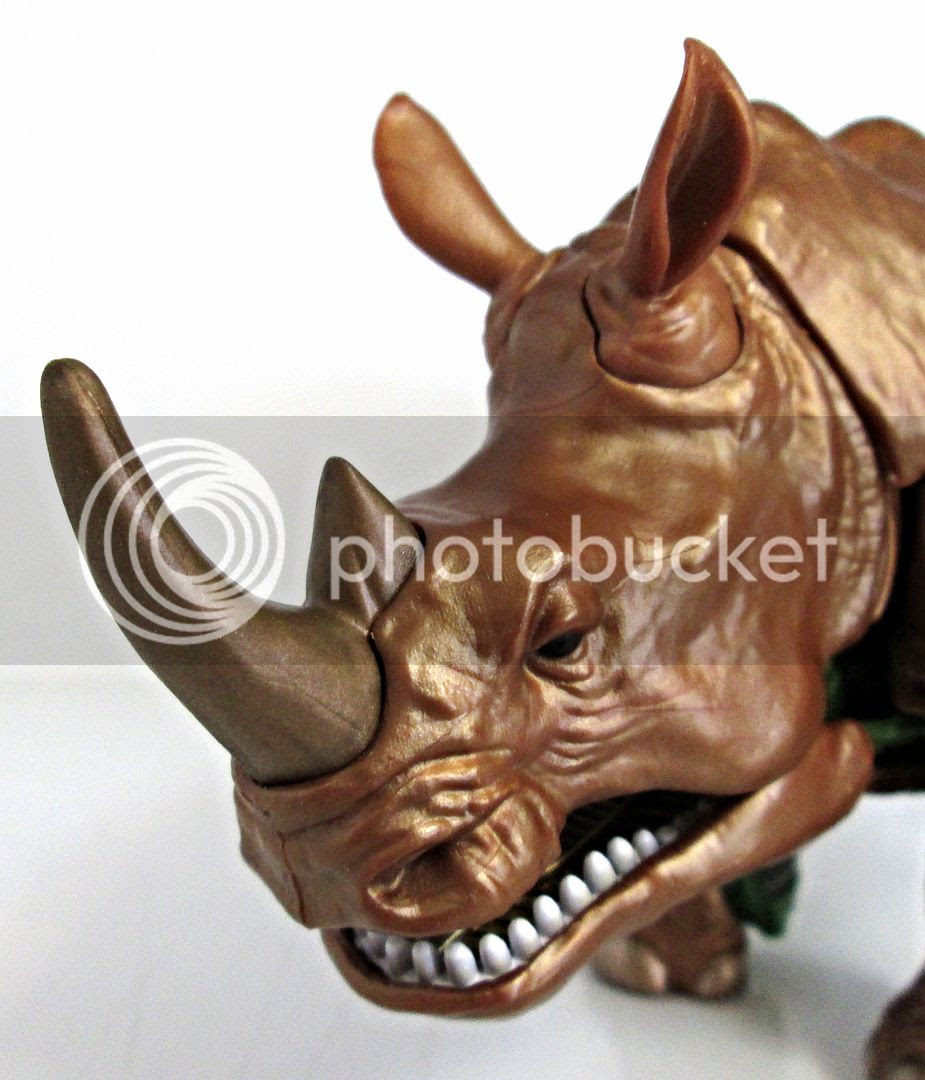 Rhinox's ears and horn are cast of a rubbery plastic.  I'm not sure if this was done for safety reasons, or to help keeping those bits from easily breaking off.

If you've haven't already picked up this toy then I have to ask "what are you waiting for?"  It's a fantastic update of a great character and it's a fun toy.  I don't always recommend paying more for the same toy just to have a pretty paint job, however this is one of the first toys in a long time where I highly recommend the Takara Tomy version over the Hasbro version.  All that's left is to get the new upcoming Rattrap figure and pair Rhinox, Rattrap, Cheetor and my TRU exclusive Beast Wars Optimus Primal and the crew of the Axalon will finally be re-united!