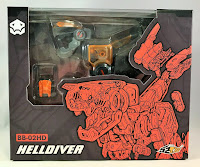 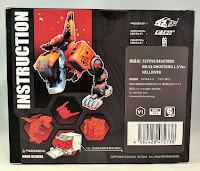 Dio was the first BeastBOX figure released by 52Toys and since then the figure has been released in a wide variety of colors and styles. Now a new version of the Dio mold has been released and let me just tell you...it's awesome!

Gone is the small square packaging that Dio was first released in, replaced with a larger rectangle box. The window is large enough to show off the figure with a great blueprint like image of the character. Also inside the box is a Box Charger, which is essentially a cube to hold the figure while in cube form.
One end of the box has beautiful colored artwork of the character, while the other end has schematics of the figure in both forms. The majority of the box is done in black/gray which allows the monochrome red ink as well as the art work on the end to really pop. 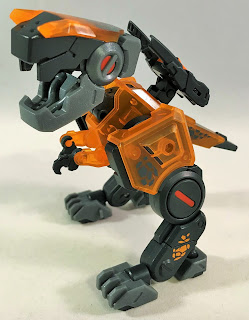 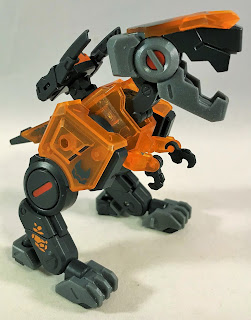 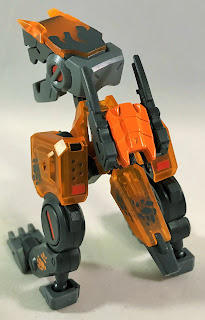 Helldiver is cast in a dark gray plastic with translucent orange armor pieces...which looks phenomenal. Added to this release is the inclusion of a double barrel gun mounted on the back. It's a subtle change to the figure, but creates a whole new look. 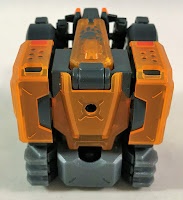 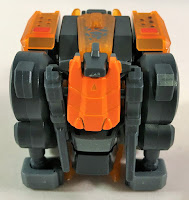 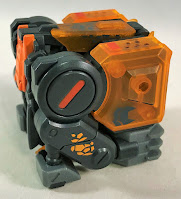 Transformation from Velociraptor to cube remains virtually unchanged. The rear mounted gun is now integrated into the transformation, allowing the figure to fold up perfectly into a cube. 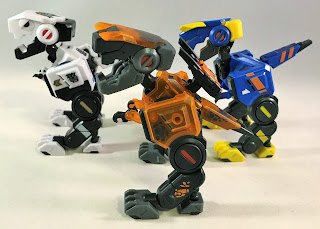