I recently returned from a roadtrip to Fort Knox, KY to visit my brother-in-law and his family who live on base. This is the second time I've made this trip with my family and each time we've decided to break up the 8 hour drive over two days, opting to stay in Knoxville, TN which is about the half way point.
Located in Knoxville is one of the largest McKay stores I've visited. If you're not familiar with this store, it's basically a media lover's heaven. My whole family enjoys visiting, but probably not as much as me! I don't recall how long we spent there on our trip up...maybe 1 1/2 hours? I know I could have stayed longer as there is just so much to look at, however it was getting late and we still needed to grab dinner. I didn't walk away empty handed though... 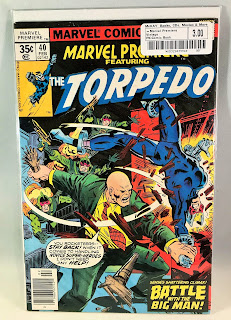 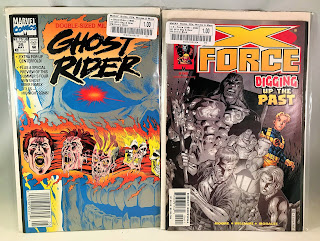 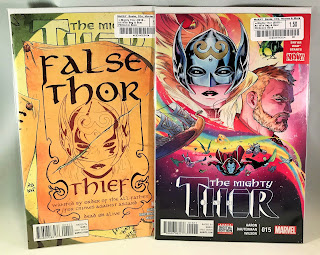 The comics are stored on the second floor and I only had a little time to browse as my family was waiting for me in the car at this point during our visit. I was happy to find the issue of Marvel Premiere, but in my haste I realized after I got to my hotel room that there was a small rip on the cover. The other issues I picked up fill holes in those respective runs. 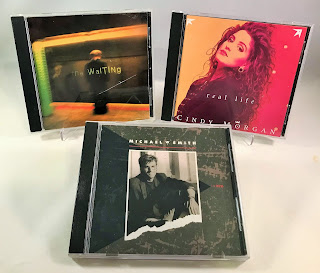 Who still buys CDs these days? Well me! The top three discs I found in their bargain section. The Waiting's self titled debut as well as Cindy Morgan set me back just a $.25 each while the classic Michael W. Smith album was just $.95. All three are classics in my book and I was happy to have something "new" to listen to in the car.
The final two albums were real treats to find. First we have Children 18:3's third album. I'm listening to it as I type this post and I'm loving every minute of it - a great purchase at $2.95. The other is Family Force 5's "Time Stands Still". This was one still sealed so I didn't mind their asking price of $3.95. I usually search for FF5 CDs when I'm browsing, but never find anything. This was the first album I popped into the player once we got back in the car much to my family's chagrin. 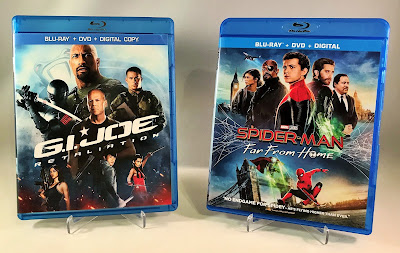 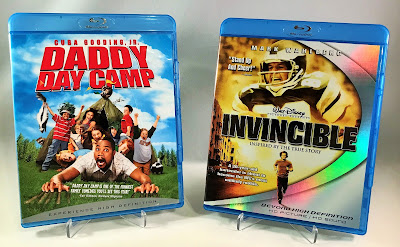 We ended up stopping back at McKays on the way back home and on both visits I spent more time in the movie section than I have on any previous visits. GI Joe Retaliation was a guilty pleasure purchase for myself. Spider-Man: Far From Home was one of the last MCU movies I needed to purchase. My daughters have been begging me to pick this one up.
I found Daddy Day Camp and Invincible in the $.95 bins and decided to pick those up for family movie night. My girls loved Daddy Day Care so we'll see if this one lives up to that...which I doubt it will. My family has surprisingly enjoyed watching sports movies so I hope Invincible will be enjoyed by all. 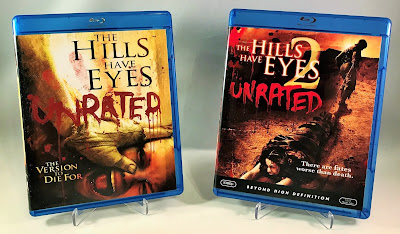 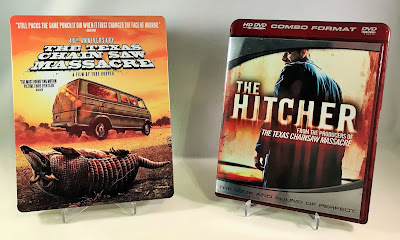 Most of my time spent browsing movies was looking for horror movies. While I'm not planning on upgrading all of my horror DVDs to Blu-Ray, there are a few movies I've been casually looking for. I was shocked that not only did I find The Hills Have Eyes, but I also found the sequel. For whatever reason these two movies aren't that easy to find on Blu-Ray, especially the first. These are both great remakes and dare I say better than the originals? Sorry Wes...
While I was looking for the Texas Chainsaw Massacre remake, I came across this FYE exclusive steelbook of the original on my second visit. This is the 40th Anniversary edition and is loaded with extras. I've yet to compare it to my DVD copy to see how the versions stack up against each other. The Hitcher is also an upgrade, though never in a million years would I have expected to find the HD DVD version! At just $.95 how could I pass it up? Funny thing was when I opened the case to inspect the disc the original Best Buy receipt was tucked inside. Someone from Fairfax, VA paid $29.99 back on 2007 for this movie...wow. 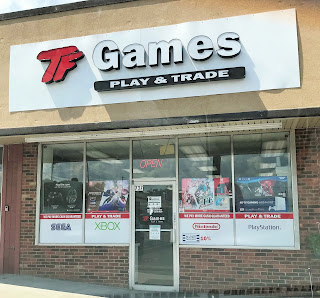 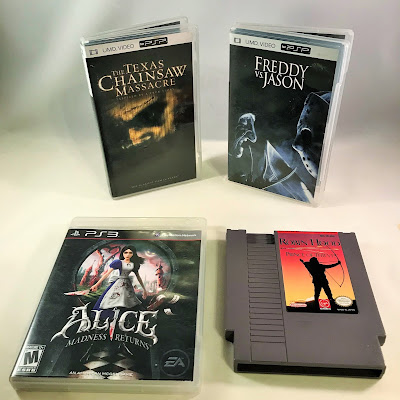 During our stay at Fort Knox, I had a little free time to get out and explore the small town of Radcliff, KY just outside the Army base. The first store I visited was TF games, a small video game store. I was really impressed by the store's layout, selection, prices and service. The store had a little bit of everything to chose from. I used a little birthday money I had left over and grabbed two horror UMDs for $2.99 each, Alice: Madness Returns on the PS3 and Robin Hood: Prince of Thieves on the NES. The latter two games were priced below current eBay listings, something that I didn't expect of Alice as that game has been rather pricey the few times I've found it out in the wild.

I left from TF Games and went down the street a little ways to visit a shop I saw on my way in called Comics Vault. The store was very small, had LOTS of inventory and at times smelled of cigarette smoke thanks to a side door being left open while an employee took a smoke break. I didn't stay here long, but I did take advantage of their 25% sale which even applied to new books! I grabbed the latest issues of Something is Killing the Children, Buffy the Vampire Slayer, Everglade Angels and Batman. I also found the last issue I needed to complete the run from the 3rd volume of Captain America. 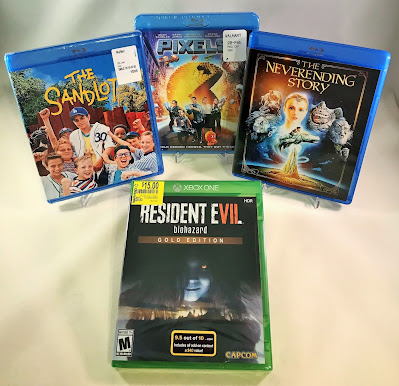 My final stop before heading back to base was at the local Walmart. While their trading card section was ravaged and offered me nothing, I did hit the clearance in the electronics department and found the gold edition of Resident Evil: Biohazard for $15. While I already own the base game on the PS4 and have beaten it, all of the included DLC was just too tempting for me to leave behind.
Just outside the electronics department was a huge bin of $5 Blu-Rays. Instead of just being thrown in, these were stored spine up making it easy to browse the titles. I walked away with two classics in The Sandlot and The NeverEnding Story and Pixels, a movie probably not that good, but one I wanted to watch anyways.
If you haven't been able to tell by now I'm a huge fan of physical media. When moving day comes I may regret my love of media, but for now I'll still embrace it. I hope to spend this weekend along with the weeks ahead enjoying some of these latest acquisitions.
at 5:13 PM