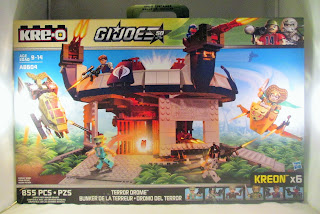 The GI Joe line of KRE-O figures may have started slow, but it didn't take long for some great sets to be released, such as the Cobra Terror Drome. Sadly this was released pretty much as the line was simultaneous ending. Retailing for $99.99 and exclusive to Toys 'R Us stores in the US, this set, while awesome, didn't get the proper release it deserved. 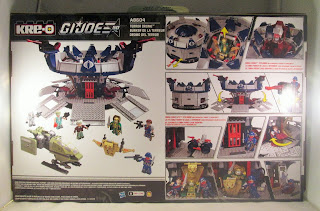 Coming in at 855 pieces, I believe this was the single largest GI Joe KRE-O set released. Not only did the set come with the Terror Drome, but also with a GI Joe Skyhawk vehicle and even Serpentor's chariot. Also included where 6 Kreon figures: Mainframe, Gung-Ho, General Hawk, Serpentor, Xamot and a generic Cobra Trooper.

Noticeably missing from this massive set however is the awesome Cobra Firebat. Instead, this integral Terror Drome vehicle was included in another set aptly titled "Firebat Attack" with the GI Joe Wolverine. I can understand Hasbro wanting to try and capitalize off of these toys as much as possible, but not including the Firebat w/ the Terror Drome is like have a KRE-O Joe HQ and not including the MOBAT tank. 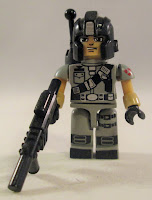 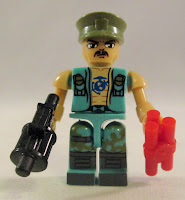 The included Joe Kreons are excellent figures and their likeness to the original ARAH figures/animation models are spot on. My only gripe is that some of the guns included are just too big (see Mainframe), however Hasbro did get it right with a grenade launcher for Gung-Ho and a pistol for General Hawk.

On the Cobra front the set includes Serpentor, half of the Crimson Twins, Xamot and finally a nameless Cobra Trooper. The ridiculously large guns show up again with two of the three Cobra characters unfortunately. Serpentor comes with a cloth cobra hood and cape. 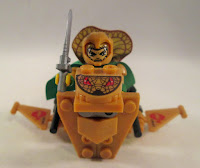 Serpentor's trusty air chariot is included as well. While small, they did a good job at re-creating and capturing the look and feel of the ARAH toy. The instructions shows you being able to "dock" the chariot inside the launch bay of the Terror Drome, but come on...who are we kidding? 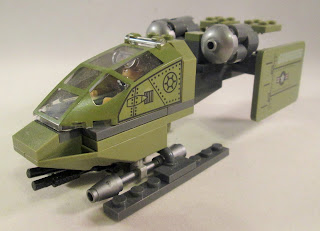 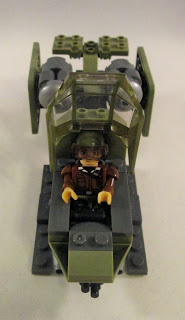 Several other Joe KRE-O playsets released before the Terror Drome had smaller vehicles included, like the Cobra FANG or "Trouble Bubble" so it was nice to see the Joe's Skyhawk included in this set. This is one awesome little vehicle, even if the back proportions may be a little off. Somehow they were able to integrate all of the key features of this aircraft into this little toy, from the VTOL engines to the side wing panels, to the rockets on the landing skids to the gun mounted underneath the nose. Even the figure fits perfecting inside the opening cockpit for added play value. 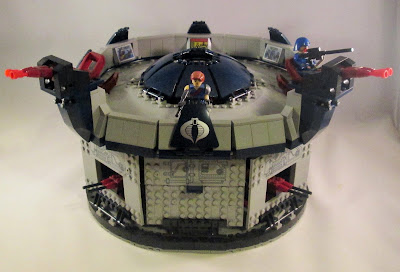 Once assembled, I was blown away by how awesome the building block version of the Terror Drome was. It looks the part. It has several different play features that are modeled after the vintage ARAH playset. Better yet, it was just as much fun to build as it was to set up different display scenarios. 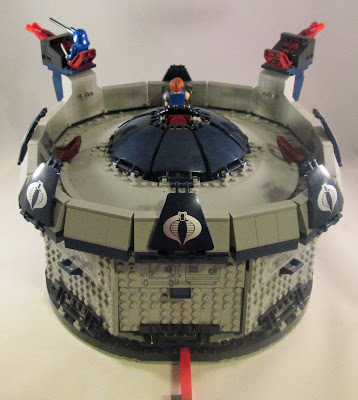 On the backside of the Terror Drome is this long rectangular red brick. While it looks a little obtrusive sticking out the back of the playset, it does serve a purpose. When you press it in it slowly starts to raise the dock inside the center of the Terror Drome. If you have the Firebat on the dock it will slowly push open the blue dome panels in the center of the top floor...just like the vintage playset. 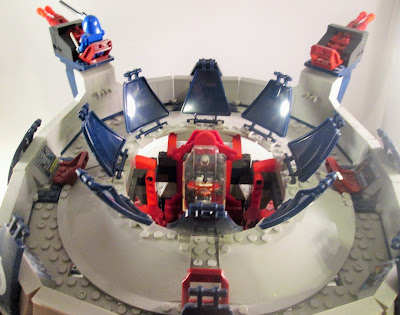 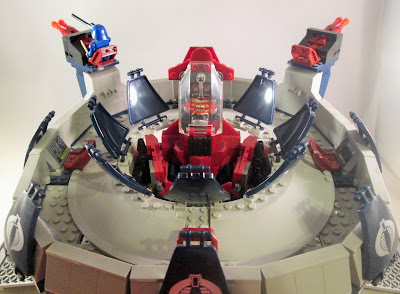 I absolutely love this feature and it works pretty well. It was one of the highlights of the original ARAH Terror Drome and its faithly recreated here. 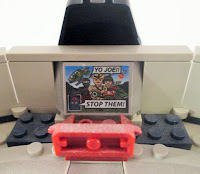 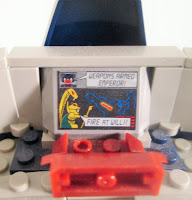 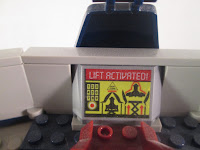 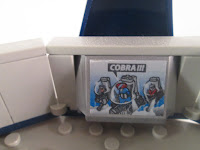 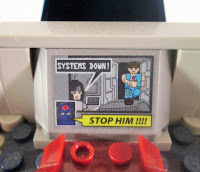 All around the top level are these little computer screens. Each screen has a different view of around the Terror Drome. It's the little touches like this that really brings it together. 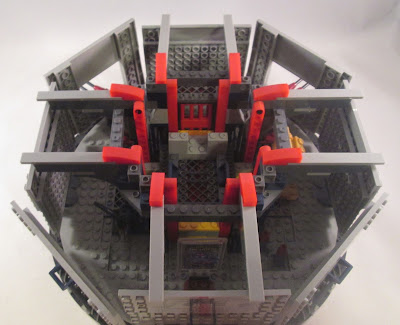 The construction of the set is pretty ingenious as the top of the Terror Drome can be lifted off in one piece. The long flat gray pieces, along with the beveled red pieces allow the top half to gently sit on the base. This allows you easy access to the elevator shaft from the top, or any of the aforementioned sections around the base. 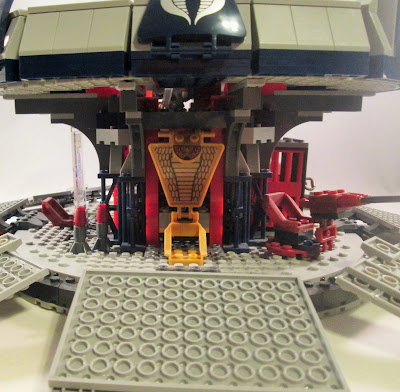 Folding down the side panels of the Terror Drome reveals all sorts of fun and interactive spots, starting off with a cool throne for Serpentor. 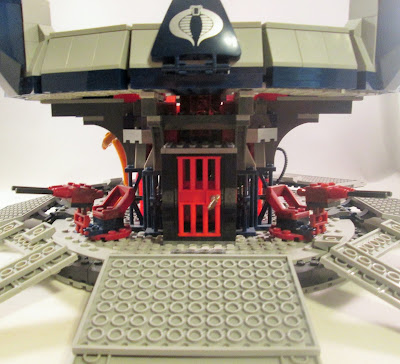 To the left of Serpentor's throne is a prison. This can be locked with the little key you see in the door Because this is such a small piece I decided to leave it in the door so I wouldn't lose it. On each side of the prison are two gun batteries that can accomodate one figure. 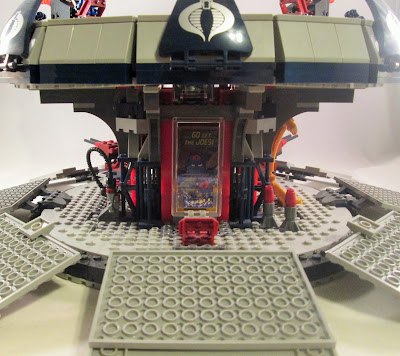 To the right of Serpentor's throne is this cool screen with a translucent Cobra Commander decal. Had I had a Tele-Viper I would have sat him at this chair. 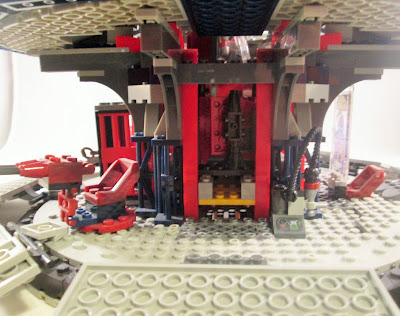 To the right of the Cobra Commander screen you can see the inner workings of the elevator that lifts the Firebat.

The construction of the set is pretty ingenious as the top of the Terror Drome can be lifted off in one piece. The long flat gray pieces, along with the beveled red pieces allow the top half to gently sit on the base. This allows you easy access to the elevator shaft from the top, or any of the aforementioned sections around the base.

This was a fun build and well done. The knock on early KRE-O sets were they left like a cheap LEGO knock off. This set and many of the other later GI Joe sets I've built have been excellent. As of this post I've disassembled this set because I simply had nowhere to display it. I'm on the fence of whether or I should hold on to it or sell it because I don't have many other Joe KRE-Os anymore. Nonetheless, this is a fantastic set and I can't recommend it enough.
at 7:21 PM